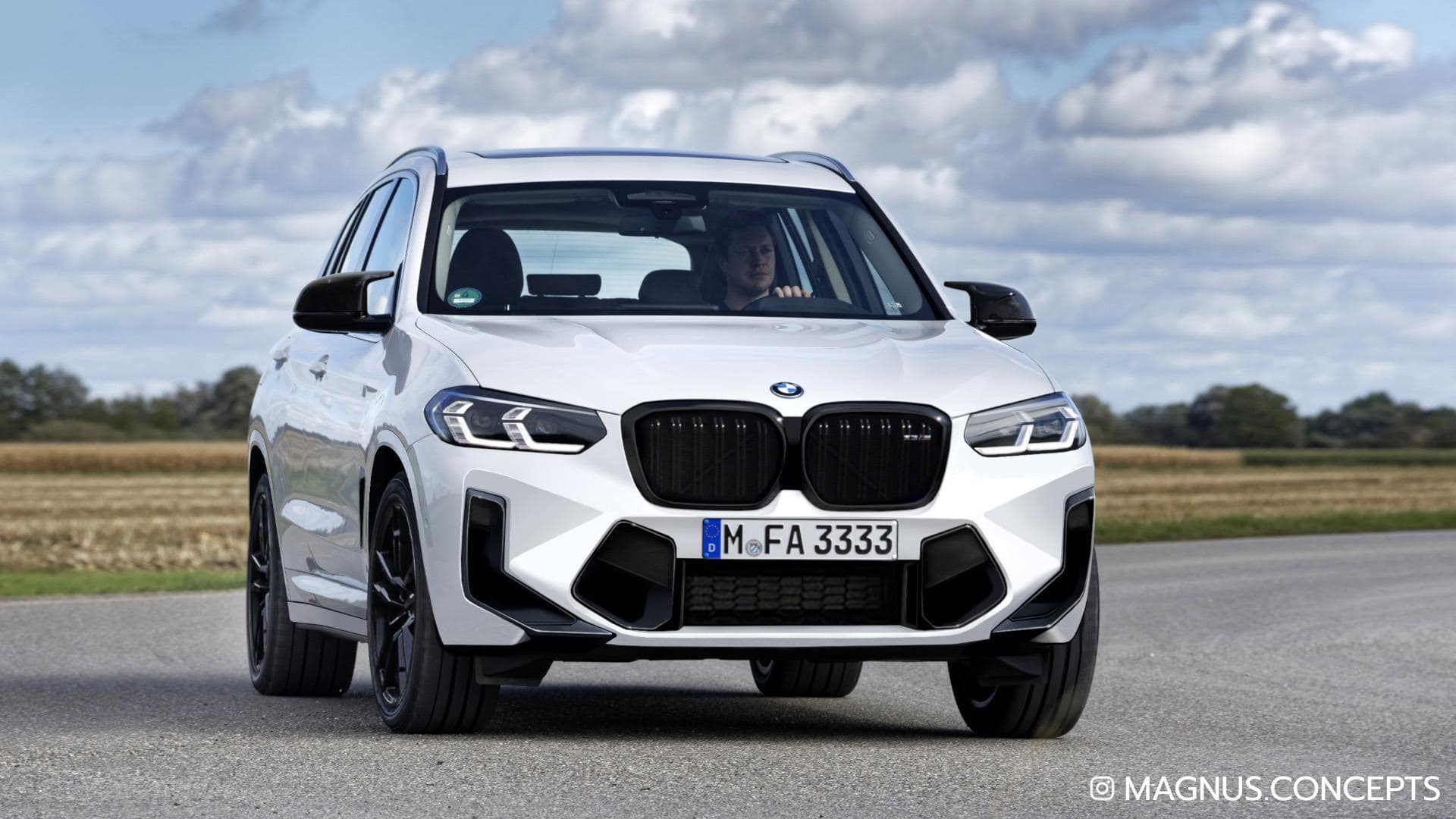 Ahead of its official debut and based on the recent BMW X3 LCI leak, today we bring you a rendering of the BMW X3 M Facelift. The Lifecycle Impulse will bring some tasteful updates to the popular X3 M SUV. At the front,  there is a new interpretation of the headlights, along with new inner graphics. The kidney grille was also slightly redesigned and a bit larger in size, as seen in some of the recent spy photos. Last but not least important update to the front fascia is a more aggressive front bumper which now gets a dual set of air vents.

The interior of the BMW X3 G01 LCI is not featured in this rendering, but we expect BMW to implement some innovations here as well. We anticipate a larger infotainment system and potentially the new iDrive 8. As far as powertrain changes go, don’t expect too many. We will see the same S58 engine – now part of the BMW M3/M4 family as well –  with 473 horsepower and 442 pound-feet of torque in the new X3 M, and at 503 hp in the Competition model.

Unlike its S55 predecessor, the torque band on the S58 is considerably wider and that makes the mill a lot more predictable in the way it delivers its power. It also means that there is no longer an issue with the sudden traction break in the S55.

The M xDrive system will still be part of the 2021 BMW X3 M. It’s basically the same as on the M5 but it doesn’t send all the power to the rear axle. Even so, in 4WD Sport mode it allows you to turn this car into a proper drift machine. The remaining torque going to the front axle also helps provide a bit more feedback through the steering wheel.

We believe BMW will unveil concurrently the X3 Facelift and X3 M in the next few months.