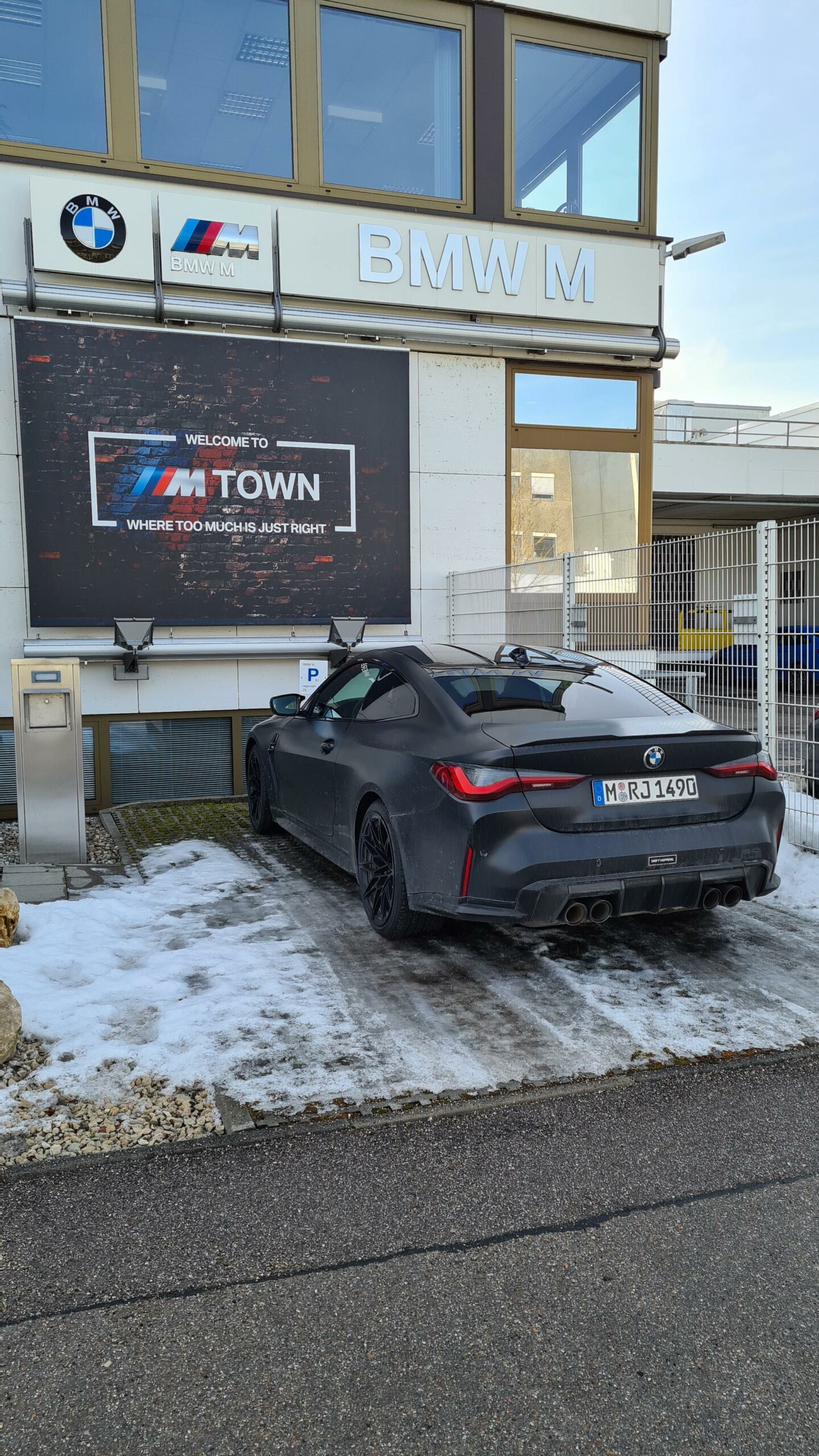 We have some alleged photos of the very G82 BMW M4 driven by BMW M CEO Markus Flasch. From what we understand, this Frozen Black M4 you see here is Flasch’s own car and, honestly, it wouldn’t surprise us if it’s true. We know that Flasch is a fan of black cars, as he’s told us his preference for car colors before. So just knowing what we know about his, this G82 M4 looks very much like a car he’d own.

Another hint that it might really be his is that it bears the “Drift Happens” M Town sticker on its back bumper. As the CEO of BMW M, Markus Flasch is sort of the mayor of M Town, so he should rep one of its slogans on the back of his car. We also know that Flasch has a cheeky sense of humor, so it wouldn’t surprise us at all if he had such a sticker on the bumper of his car. It’s also parked in front of an M Town sign that reads “Where too much is just right”, further driving the point home. 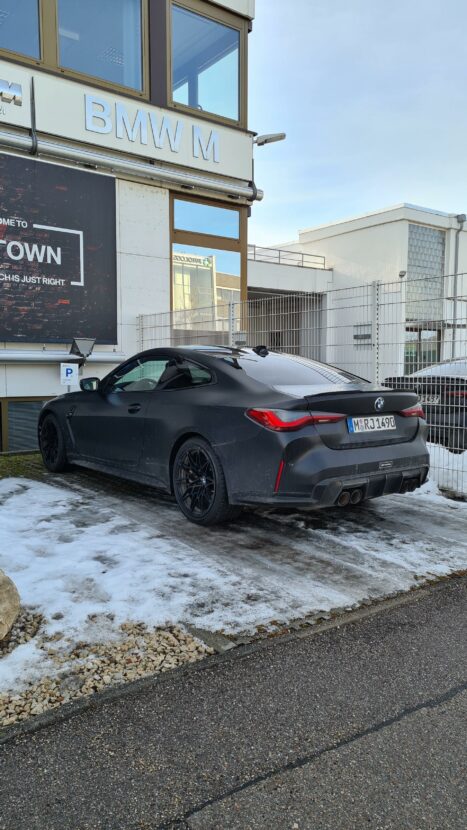 Frozen Black is an interesting color choice for this car as well. While black typically hides curves and body lines, the matte nature of Frozen Black seems to actually show them off quite well. So you can see the subtle curves in the car’s body. It also looks extremely aggressive, especially with the carbon fiber accents, such as the rear diffuser and rear spoiler. Notice also the fact that Flasch, if this is indeed his car, parked it as far forward as possible. Even he doesn’t want to look at the grille (we kid, Markus!).

If this is Flasch’s car, it’s a cool choice for someone who genuinely does have great taste in cars. He also is said to drive an E36 3 Series and we all know that only people with the best taste drive E36s… 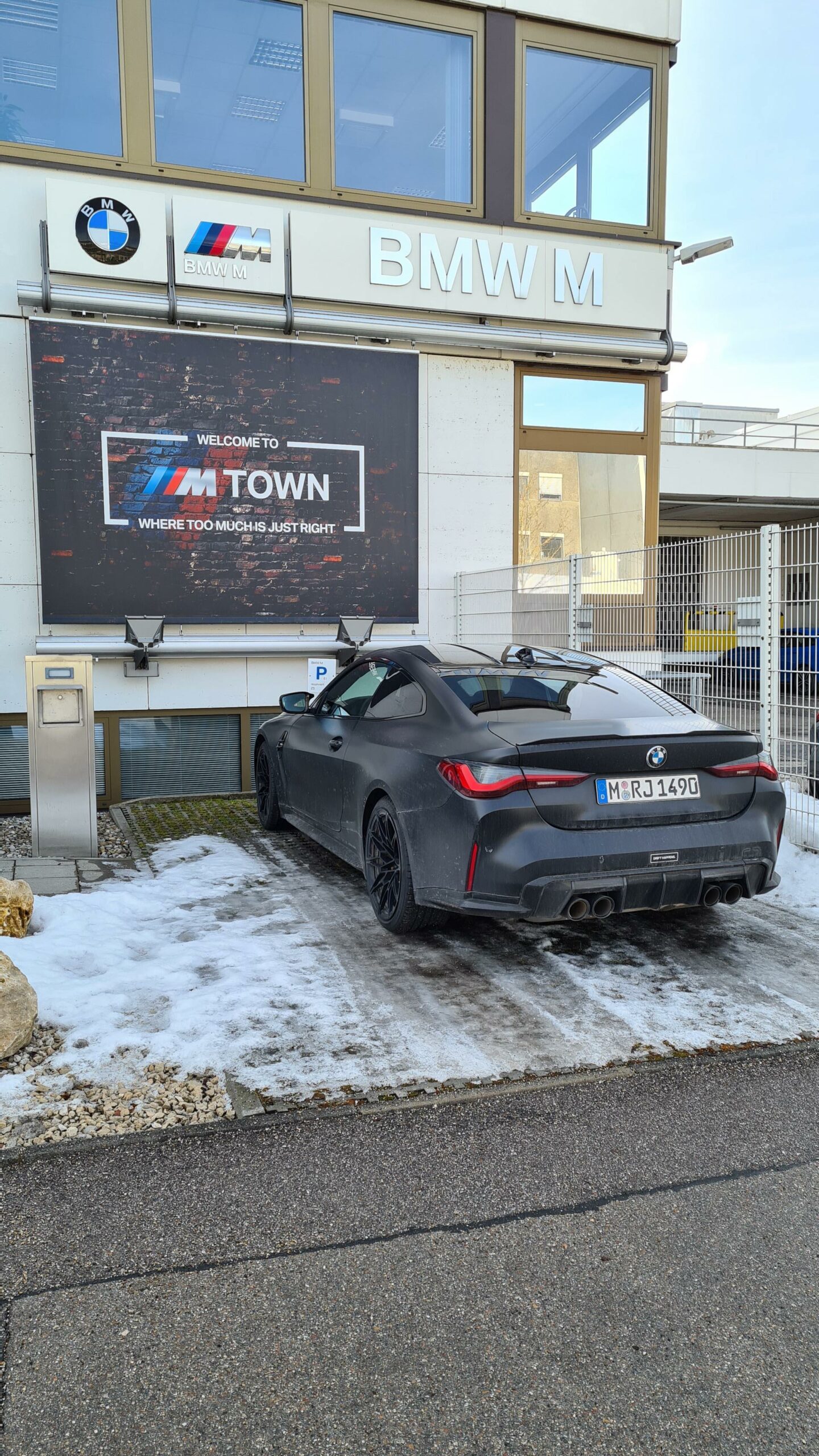 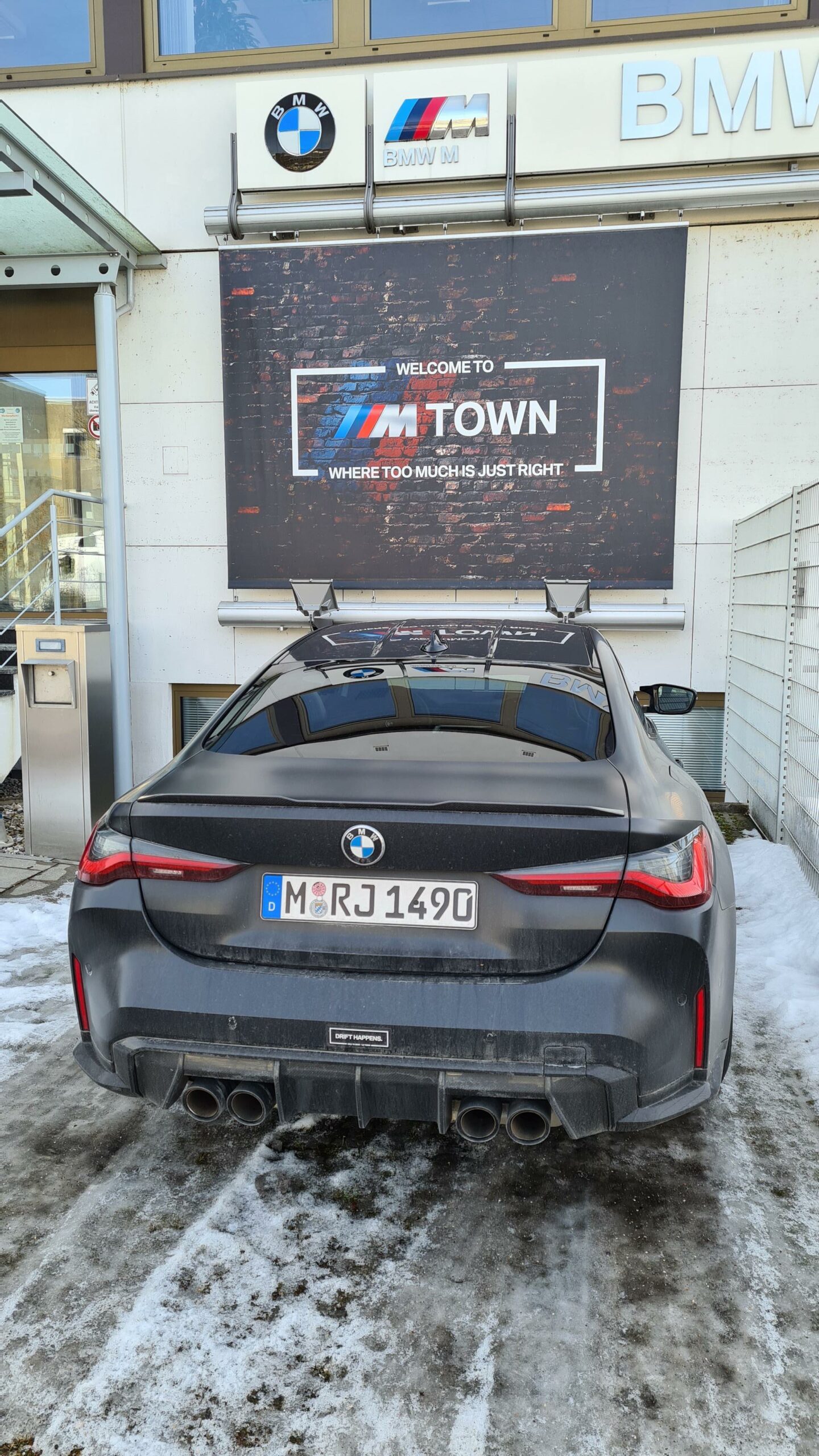 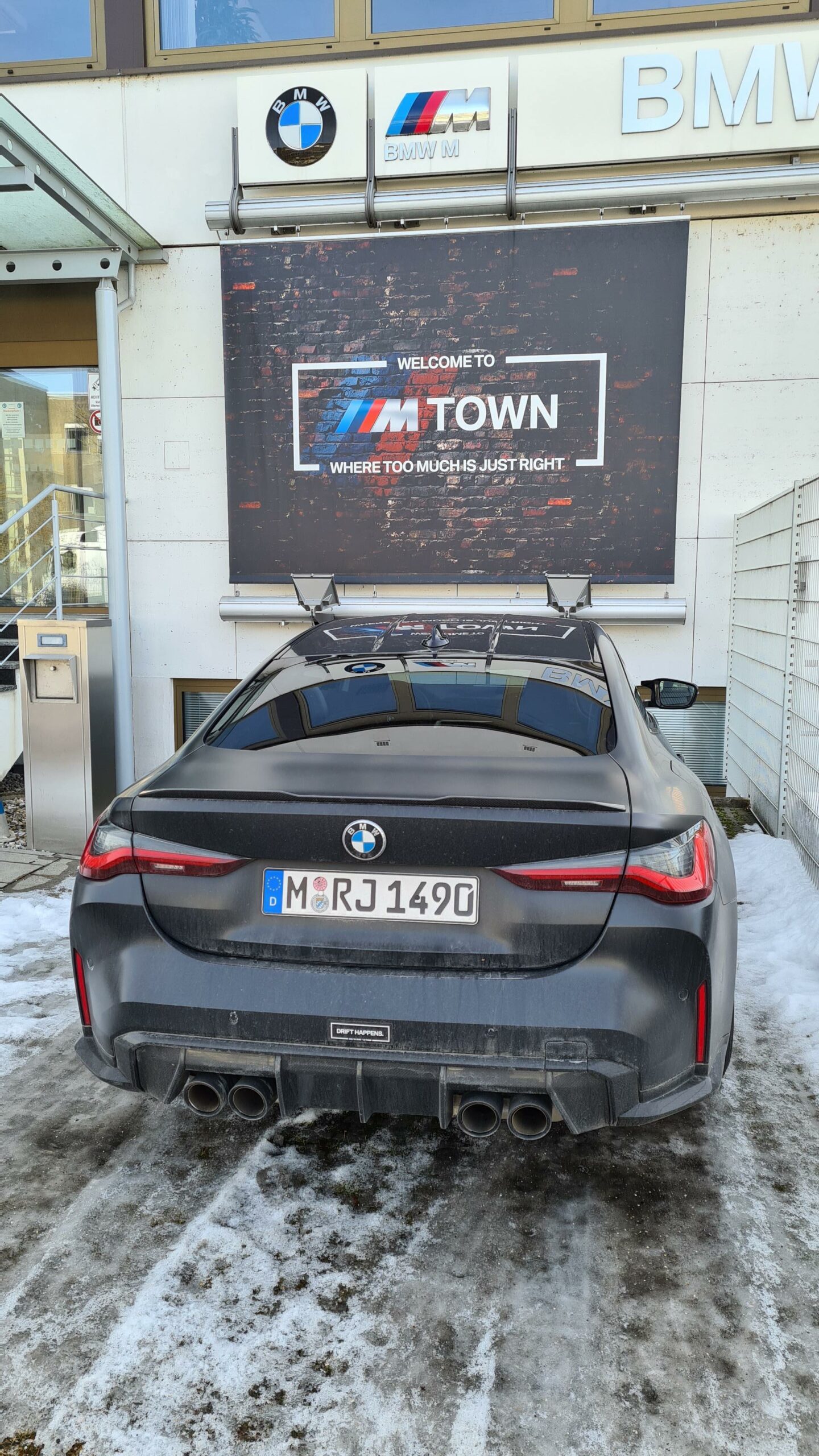 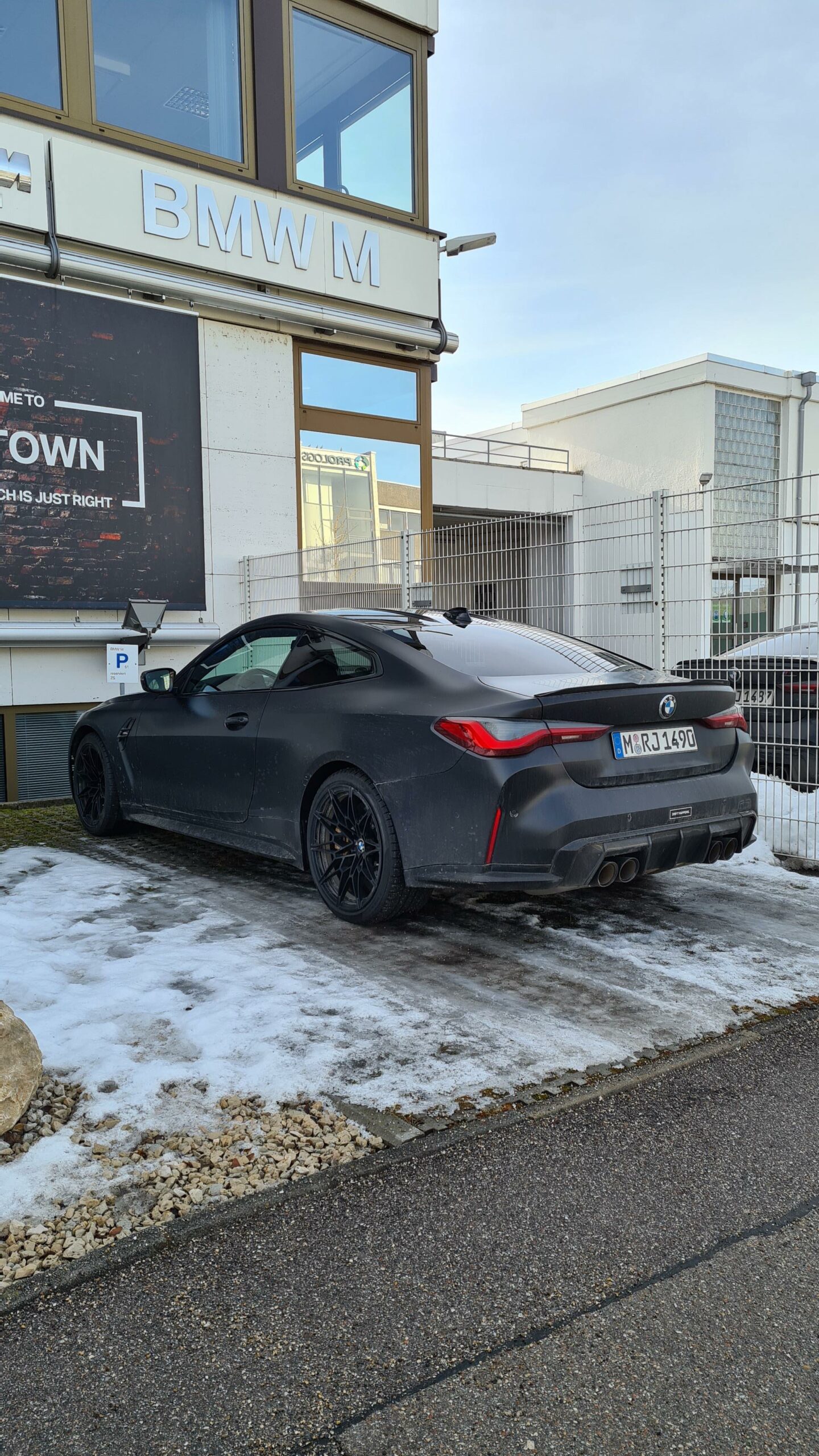 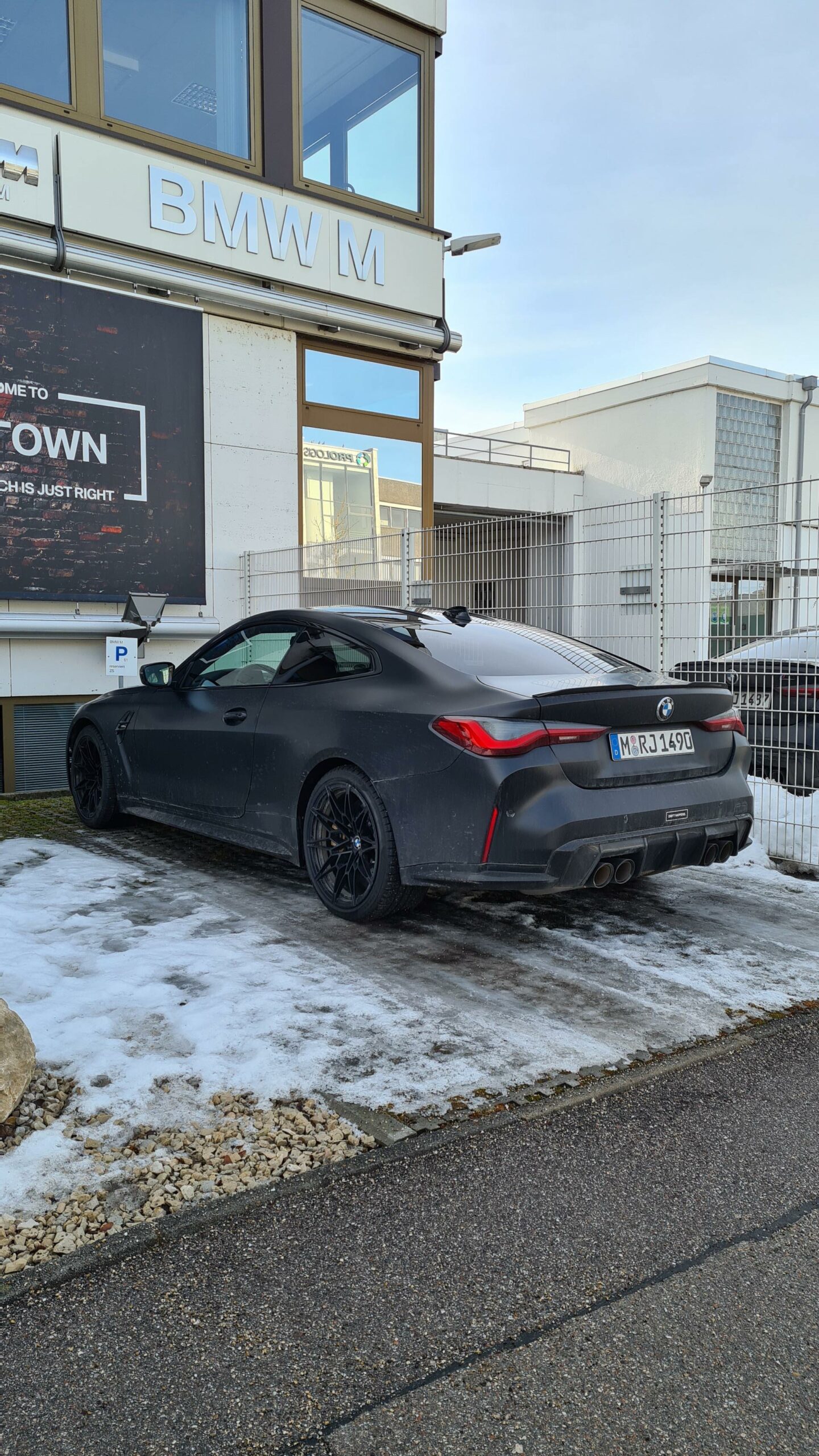