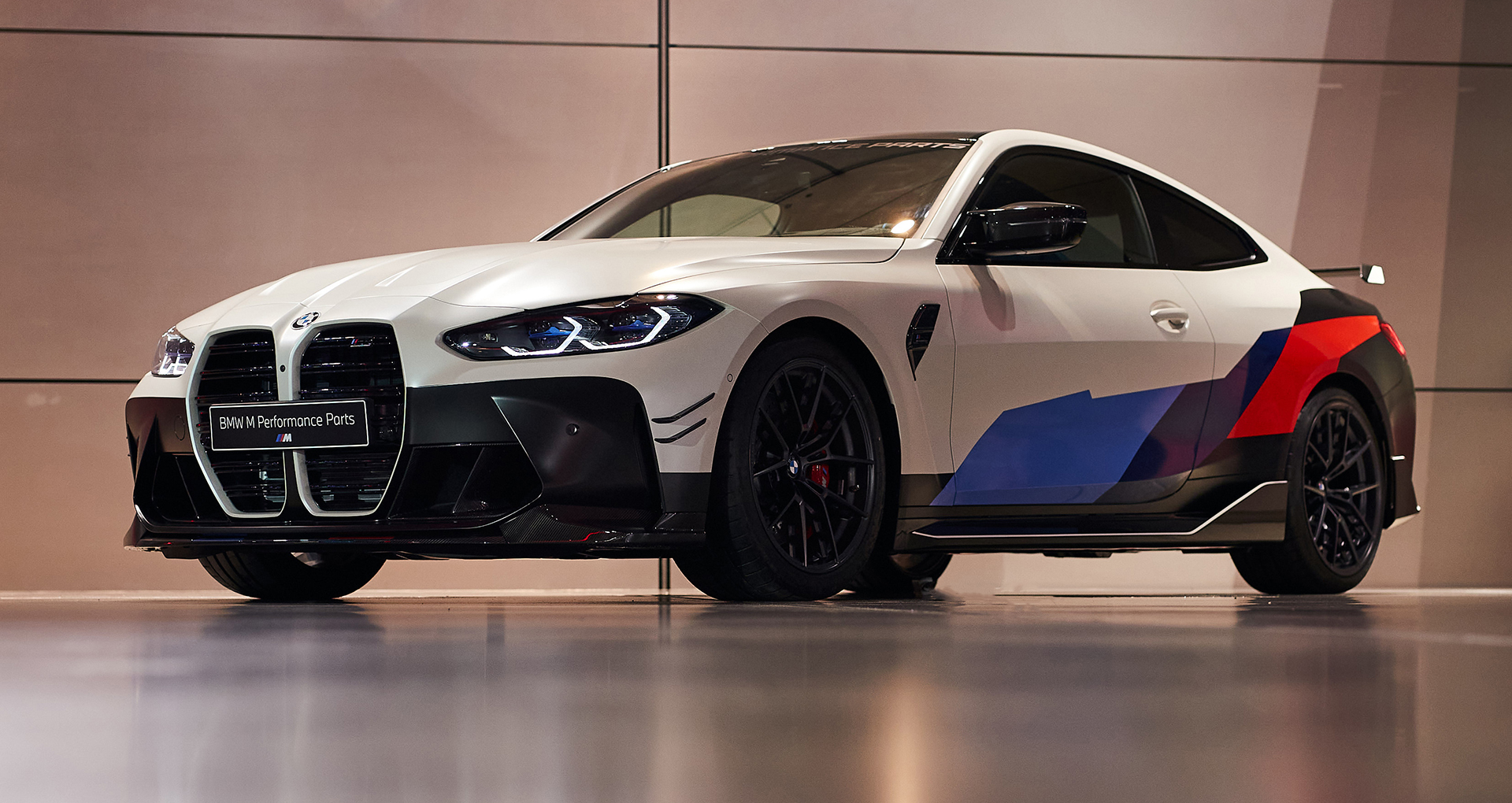 Exclusive from the iconic BMW Welt in Munich we bring you some new photos of the BMW M4 G82 with M Performance Parts. Only this time around, the new M4 Coupe features the equally iconic BMW Motorsport decals. BMW’s goal with the new aftermarket M Parts was to match the already aggressive – and controversial we might add – look of the new M3 and M4. From the massive rear wing to the aggressive front fascia and especially to the trapezium-shaped pipes of the aftermarket exhaust system, these new parts certainly stand out.

The exclusive photos give you a closer look at the car, and especially, at some of its unique aero and performance parts. The most interesting piece is the new exhaust system. While all M cars for the past couple of decades have had four exhaust pipes, two at either side of the rear end, this car’s quad pipes are a bit unusual. They’re huddled much closer together which apparently will also improve the sound. The engineers have already made it unmistakably clear that the exhaust system is acoustically as conspicuous as it looks. 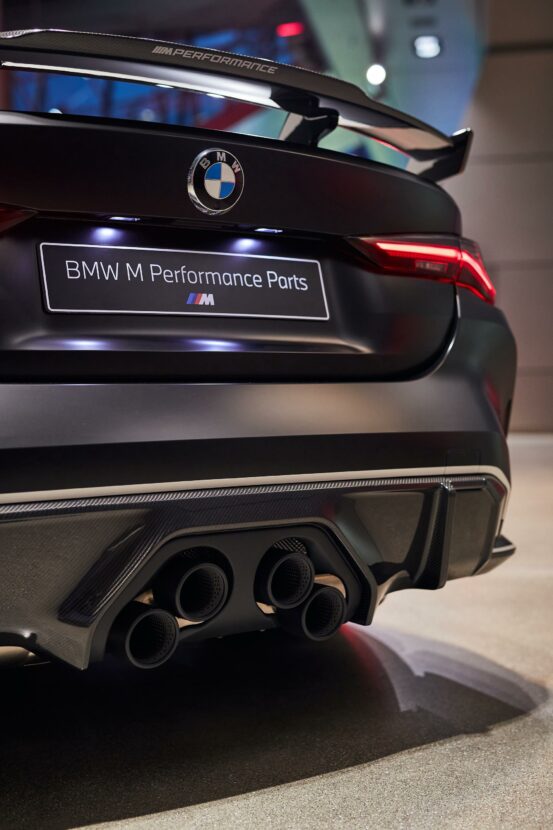 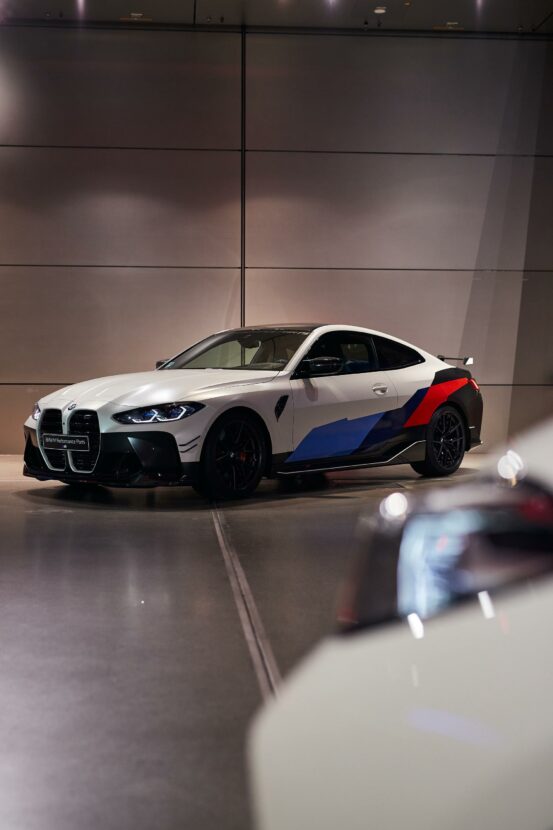 BMW will release the new M Performance Parts alongside the normal M3/M4 models which are due out in Summer 2021. Pricing will vary by market, but some of them will certainly not be on the cheap side. 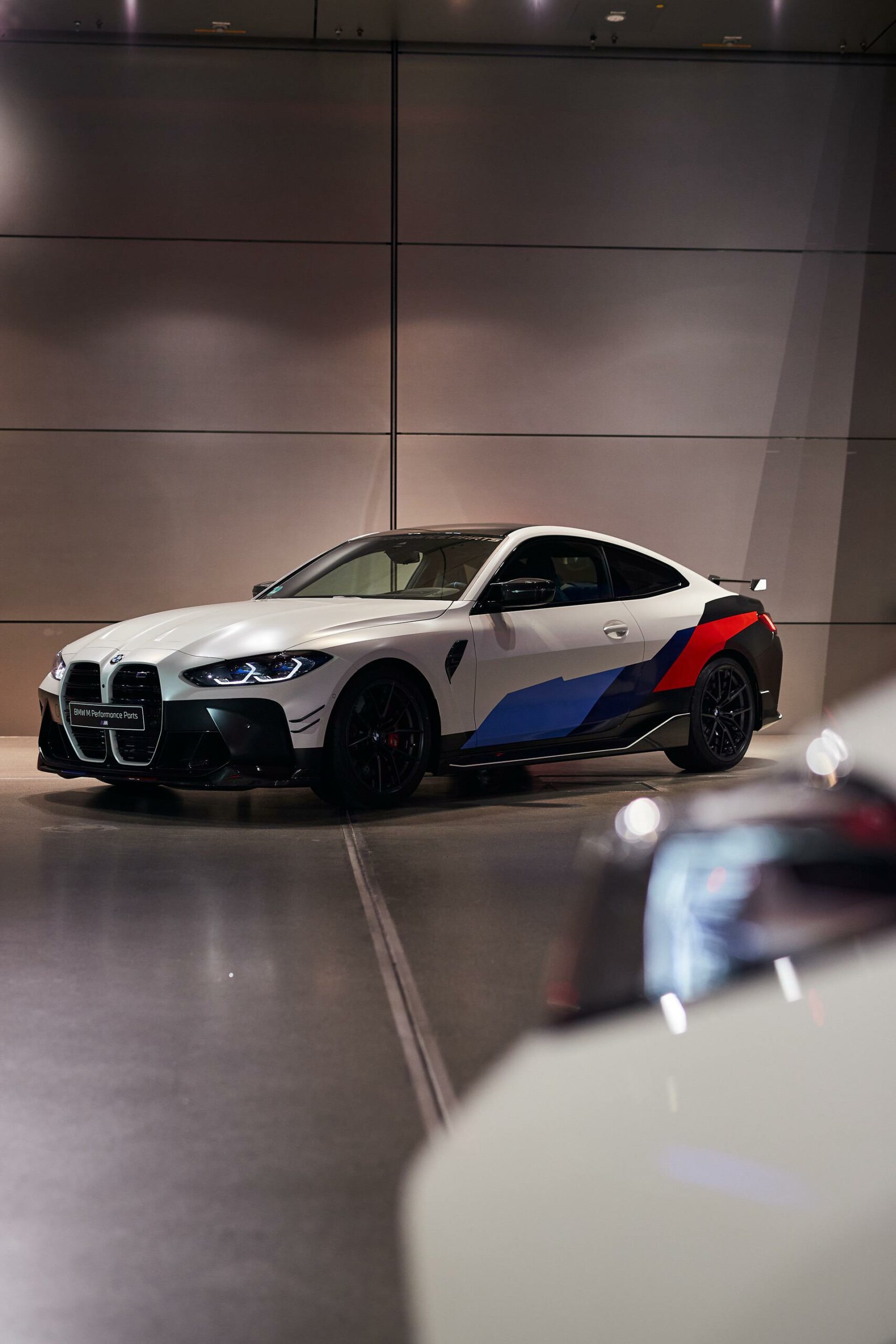 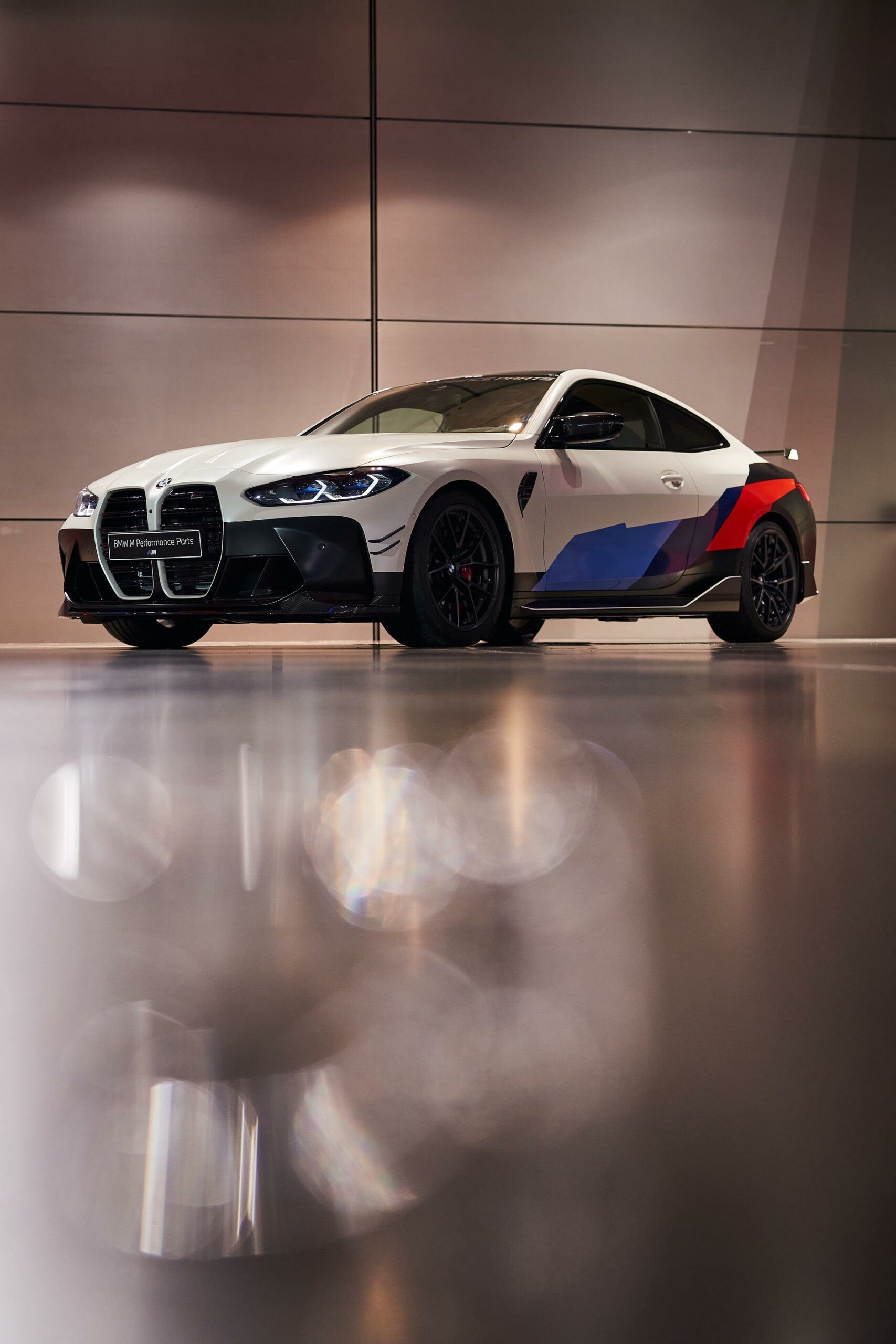 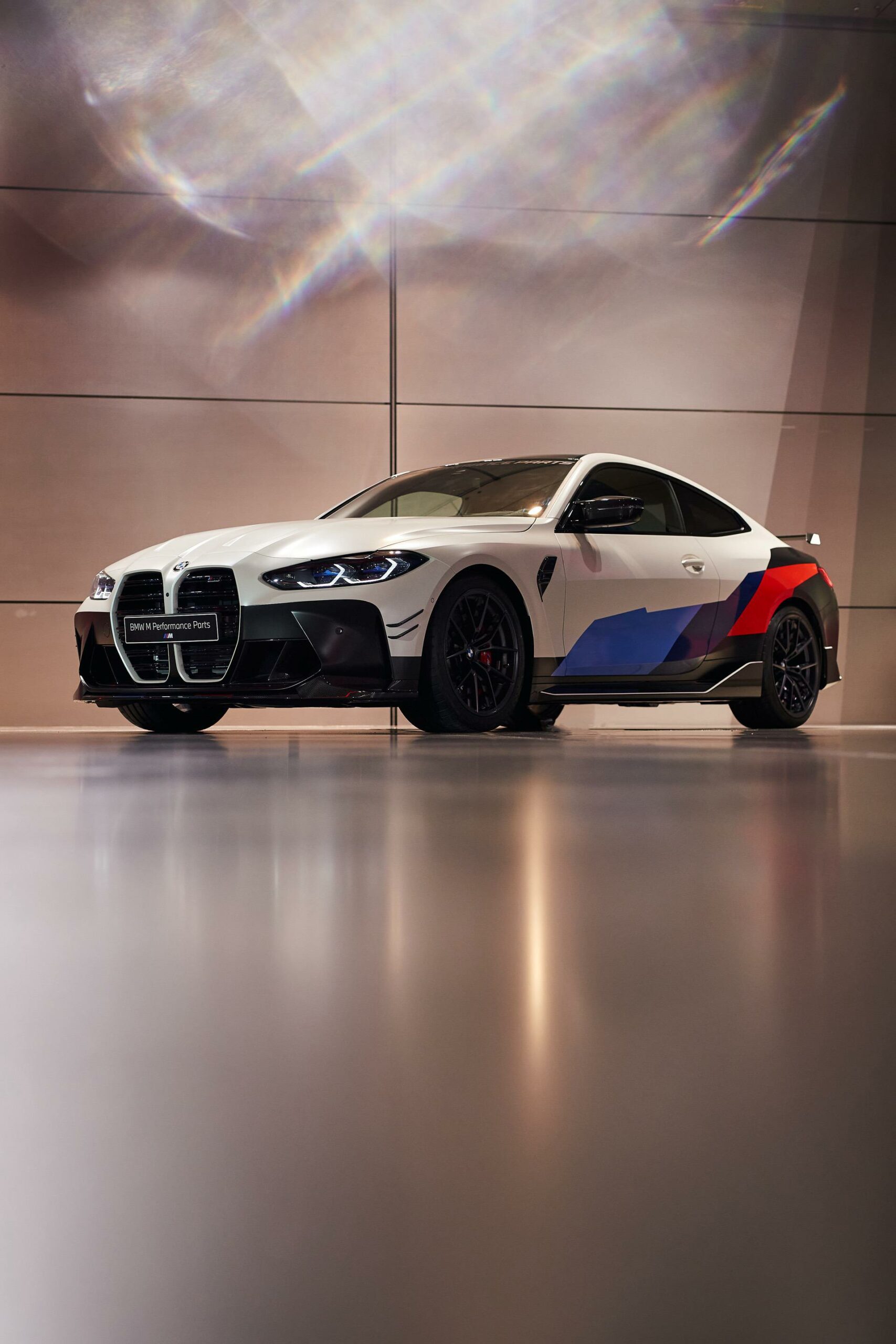 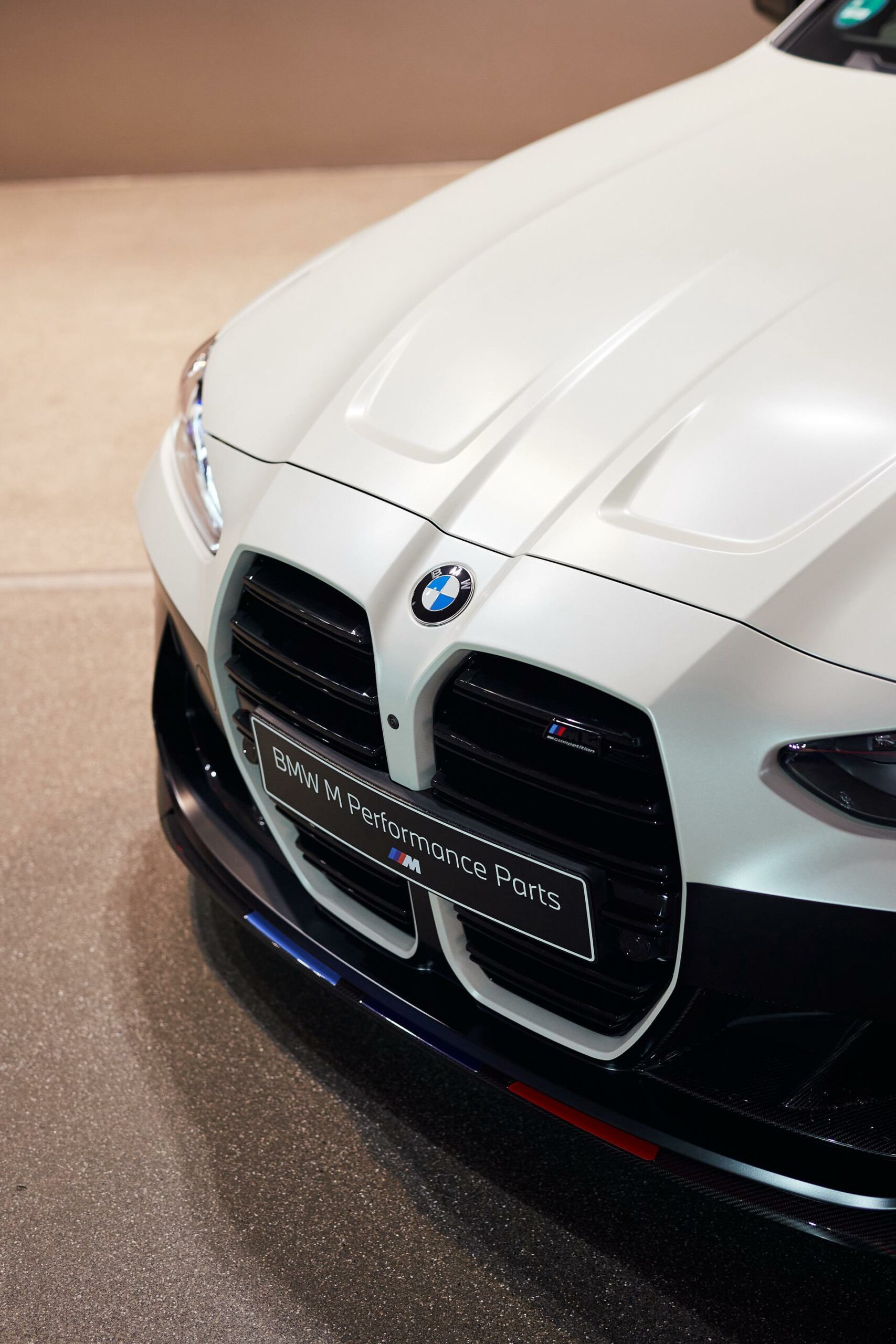 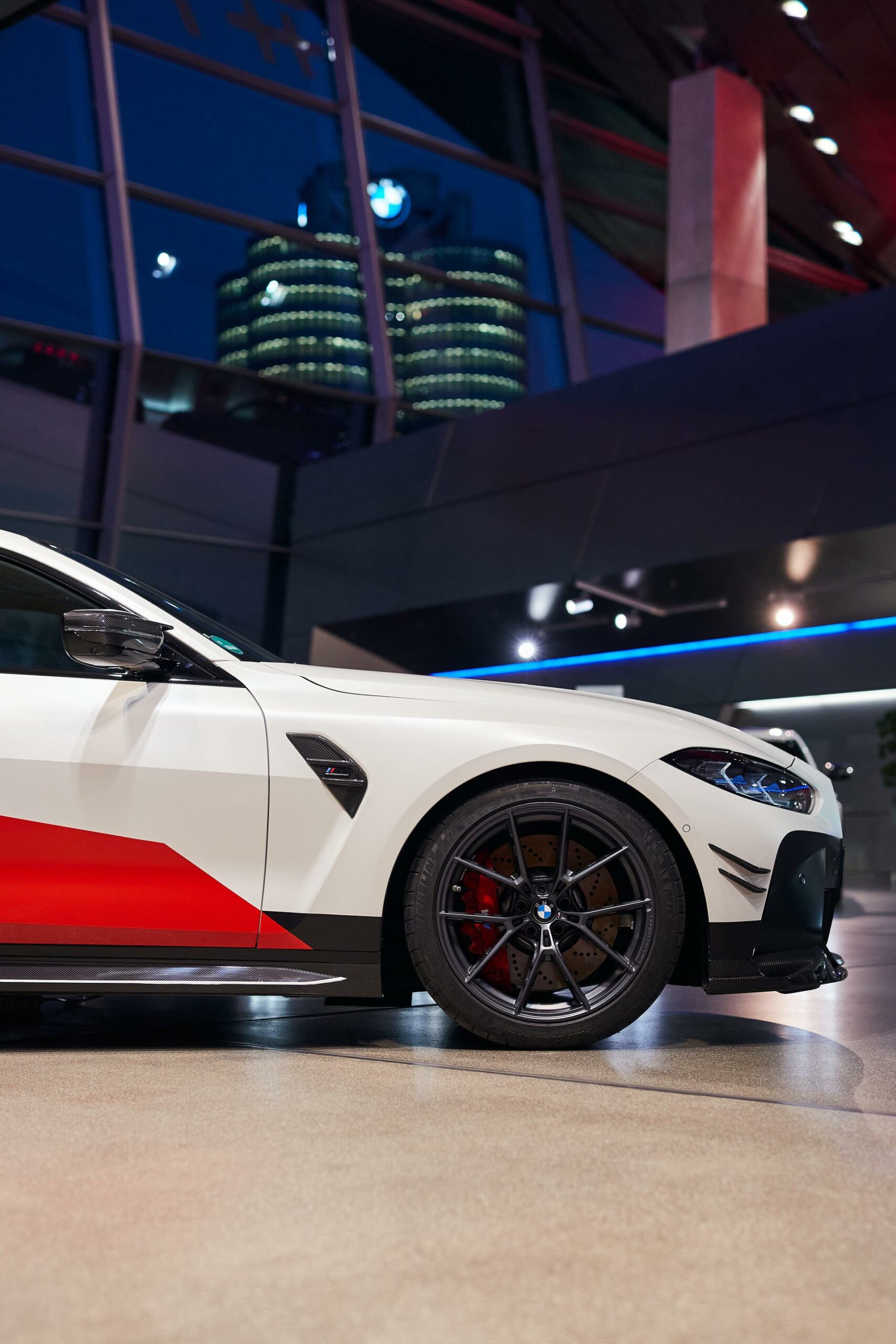 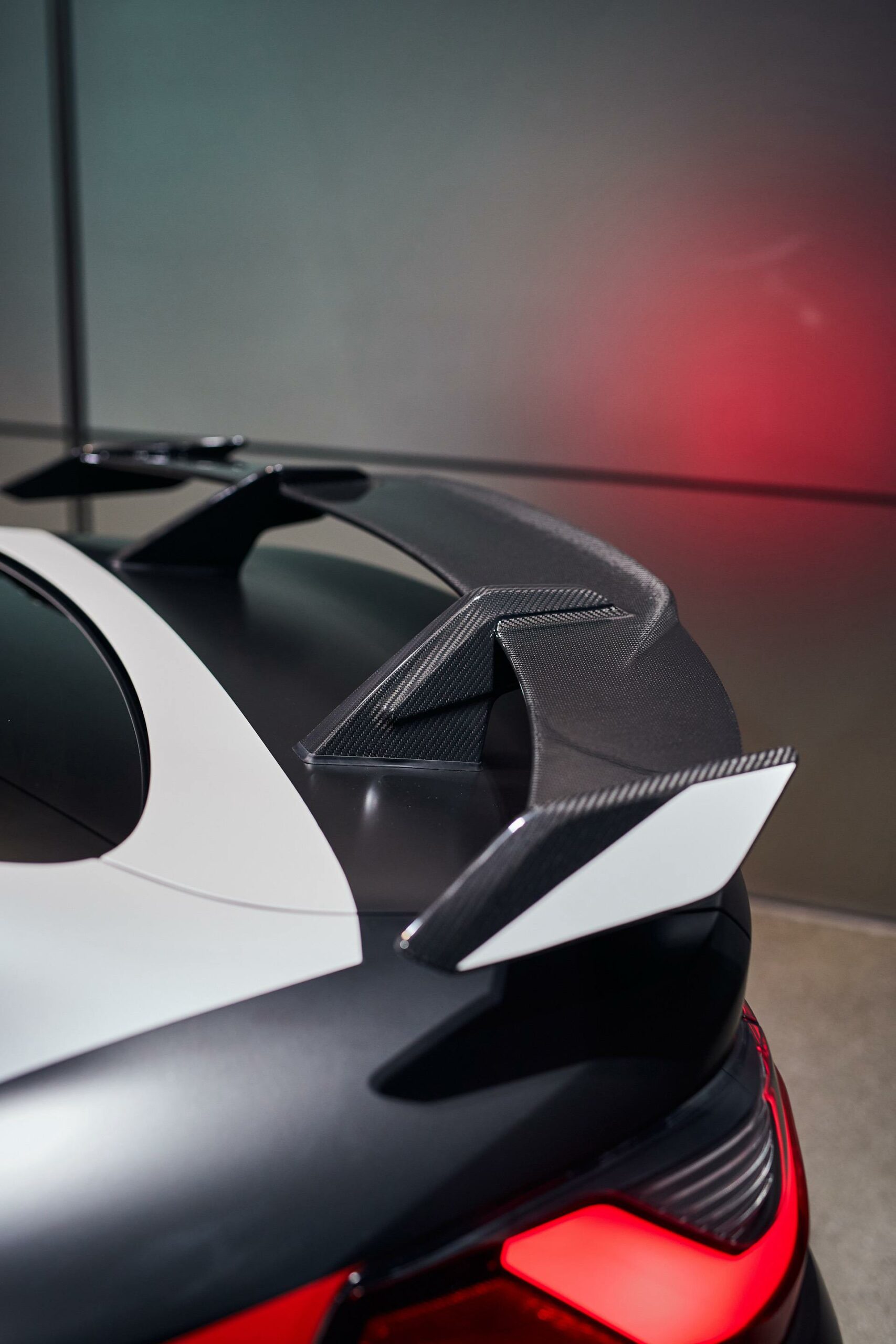 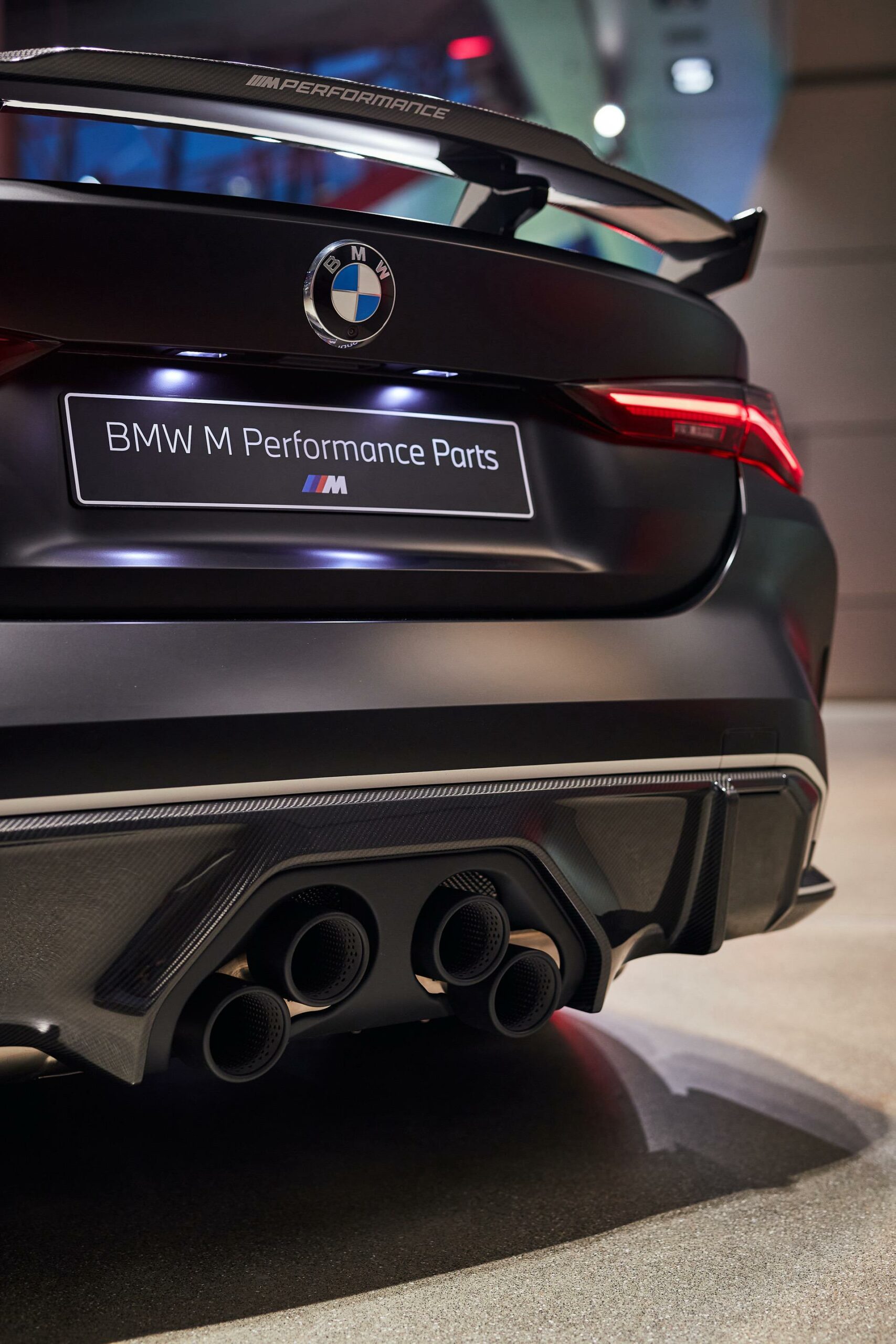 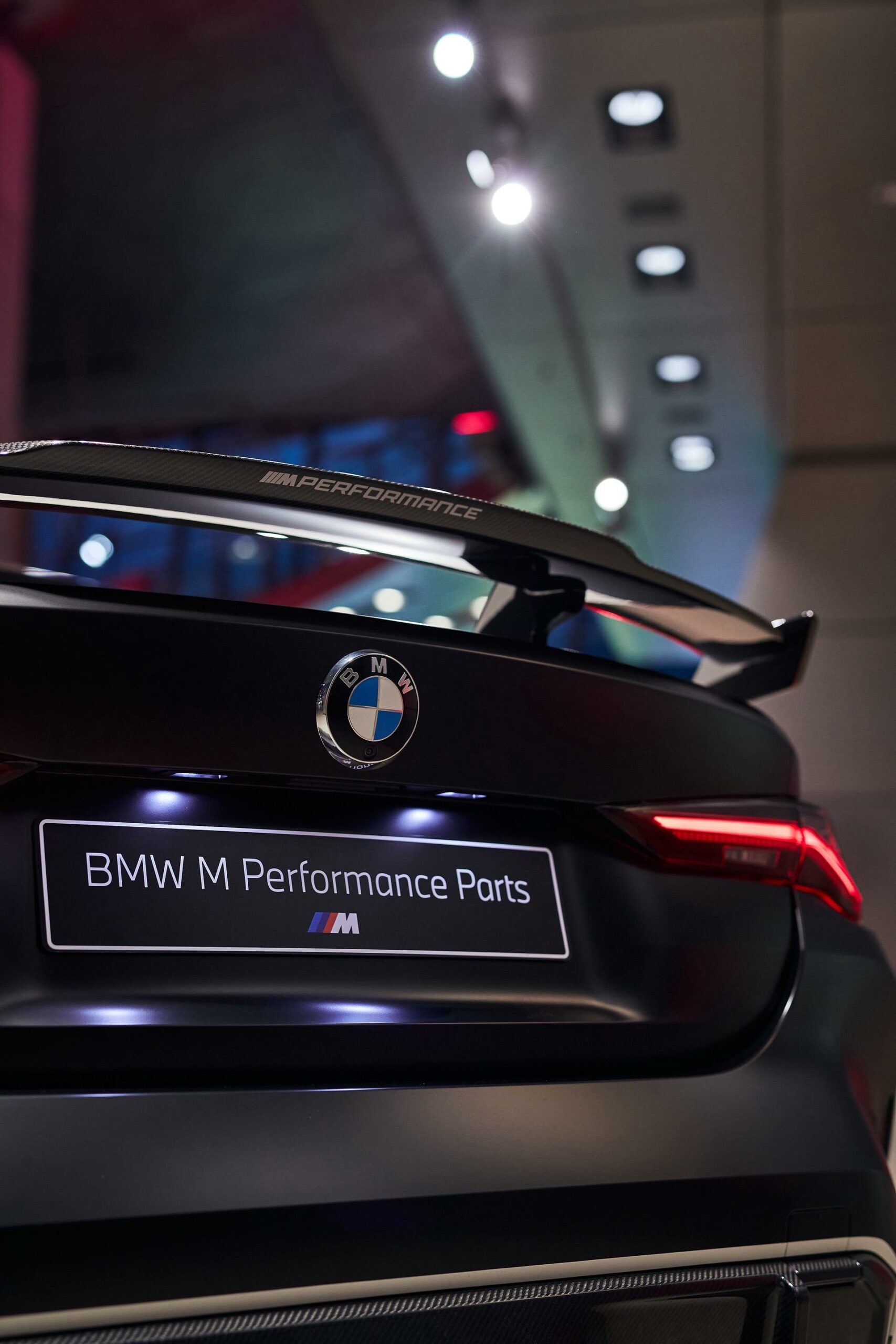