The Alpina B3 isn’t exactly the perfect car to take to the track. Don’t get me wrong, the Alpina model is more than capable of handling some serious corners on the track but I feel like it’s tailored more towards comfort and luxury rather than speed. Sure, the engine and performance specs would allow it to gather speed at impressive pace but still, it’s no M3. That didn’t make a huge difference for the people over at Sport Auto, though.

They took a brand new Alpina B3 to the Nurburgring Nordschleife and subjected it to some punishing, trying to squeeze all the performance possible out of it, to get a fast lap time. Their efforts can be seen in the video below, with Sport Auto’s Test Driver behind the wheel, Christian Gebhardt, a man who knows his Green Hell rather well. The tires on the car were Pirelli P Zero ALPs unfortunately, the ones the car comes with as standard. 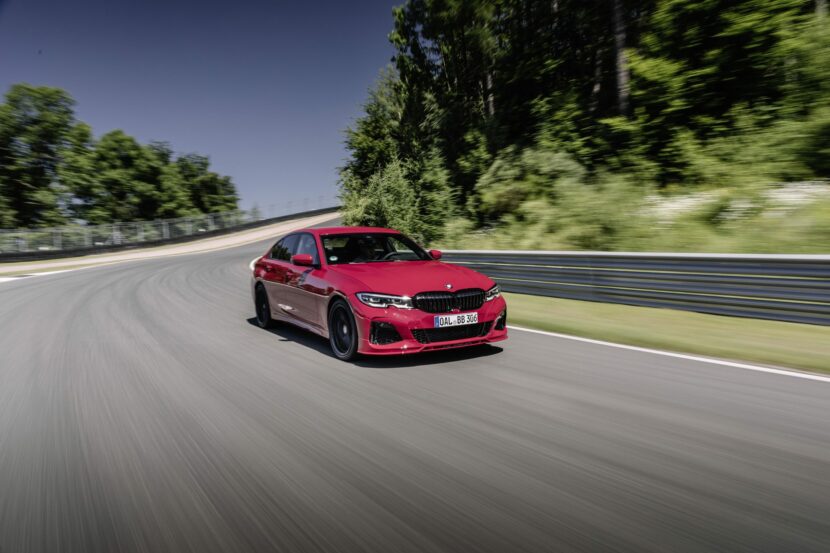 The Alpina B3 uses a high-power version of the S58 3-liter straight six engine. In Alpina-application it was tuned to deliver 340 kW/462 PS (455 hp) and up to 700 Nm (516 lb-ft) of torque. The power is sent to all four corners of the car via an 8-speed automatic gearbox and all-wheel drive. This allows the sedan to reach 100 km/h in 3.8 seconds and a claimed top speed of 303 km/h which is more than what the M3 will be allowed to do in standard guise.

The lap time set by Gebhardt was 7:53.26 which is not bad considering this luxurious sedan isn’t designed to be a lightweight track monster. This makes the B3 less than a second slower than the M2 Competition (driven by the same Gebhardt in 2018) and faster than the 996 Porsche 911 GT3 or the 997 911 Turbo. The F10 M5 Competition was also slower than the current Alpina B3 on this track. Quite an impressive feat.