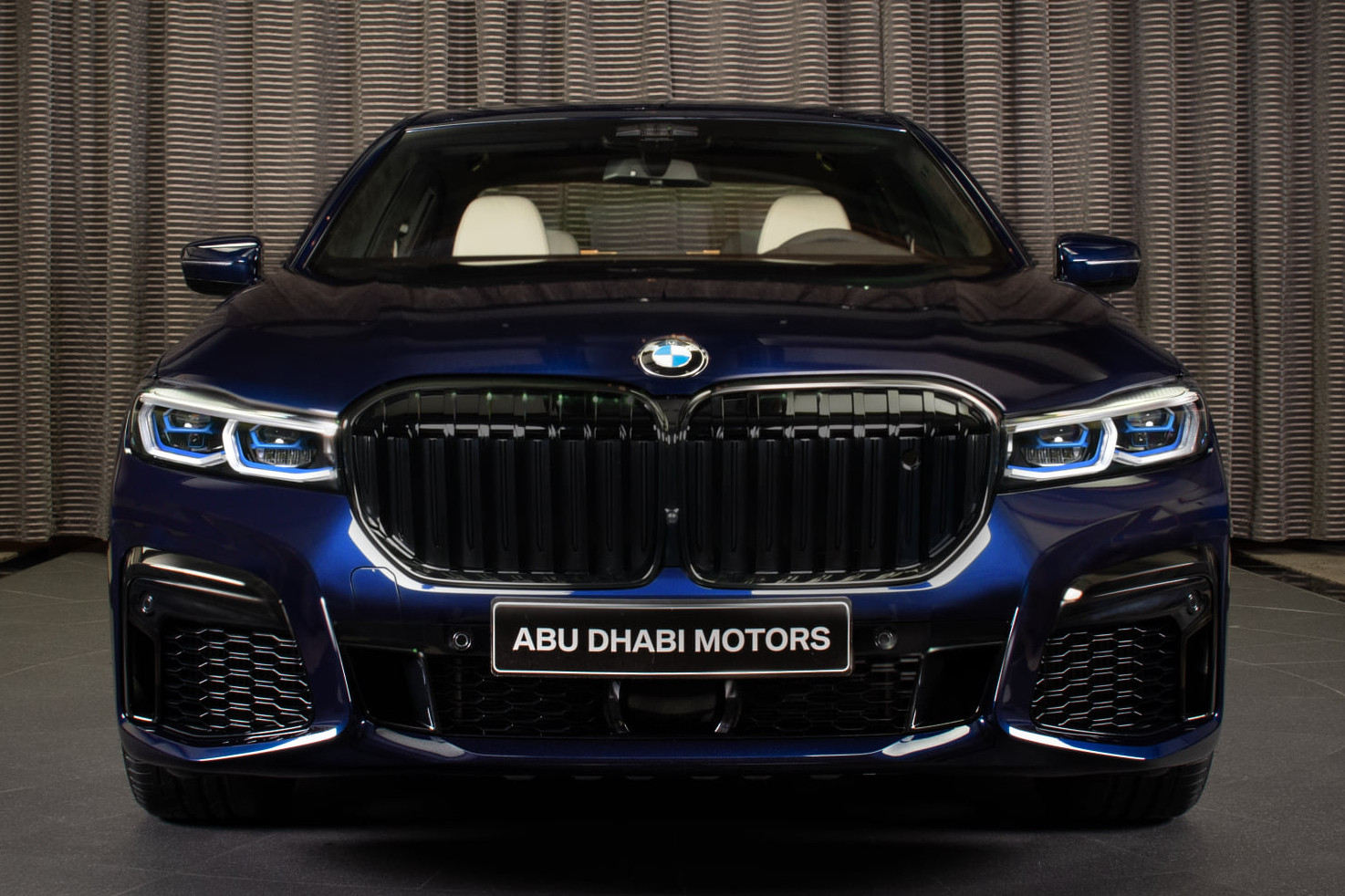 The BMW M760Li is the last V12-powered model to emerge from Munich. Production of the V12 powerplant will end this Fall and a direct successor is not planned due to the increasingly stringent exhaust gas standards and the demanding requirements for CO2 emissions in the European new vehicle fleet. Of course, the demand for the V12 BMW M760Li was never large enough, so that played a factor in the decision making process as well. The V12 is also being used by Rolls-Royce in its models, so it remains to be seen what the future looks like for the Goodwood-based automaker.

But before it bows out, the V12 still finds a life in some 7 Series models which are sold outside the European Union. So it comes as no surprise that this unique BMW M760Li hails from BMW Abu Dhabi Motors, a dealership known for its special models. The long wheelbase M760Li is painted in the Tanzanite Blue Metallic color from BMW Individual. The subdued, but exciting color was featured on other BMWs before, but not many of those were a 7 Series sedan. 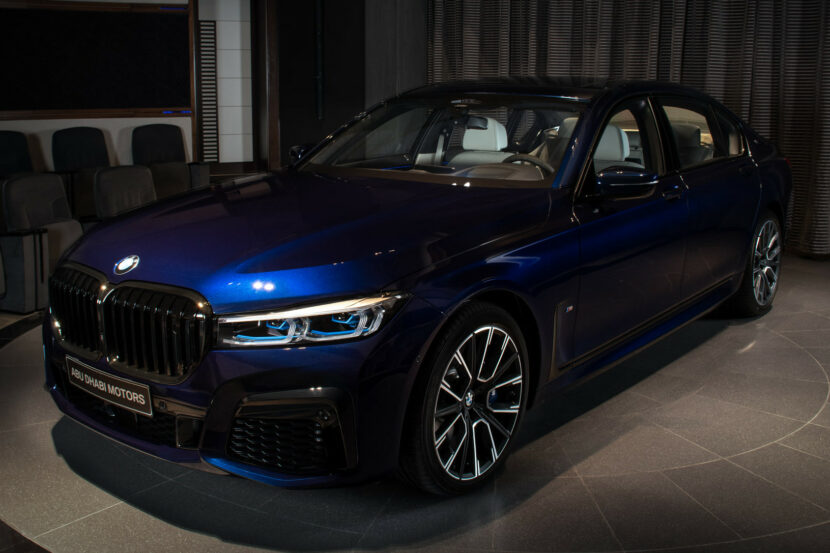 The paintwork is paired with the Extended Shadow Line which comes with numerous accents in black high-gloss. The darkened kidney grille and the laser lights play well with the deep blue exterior color. The two-tone wheels further emphasize the exquisite look of the high-end limousine. In the back, the tailpipe trims look even more premium in high-gloss black than with the standard chrome color.

As far as performance, it was only the latest M models with M xDrive that were able to outperform the V12 models. Therefore, the argument for the twelve-cylinder became more and more difficult to make as the eight-cylinder units moved closer and closer in performance. 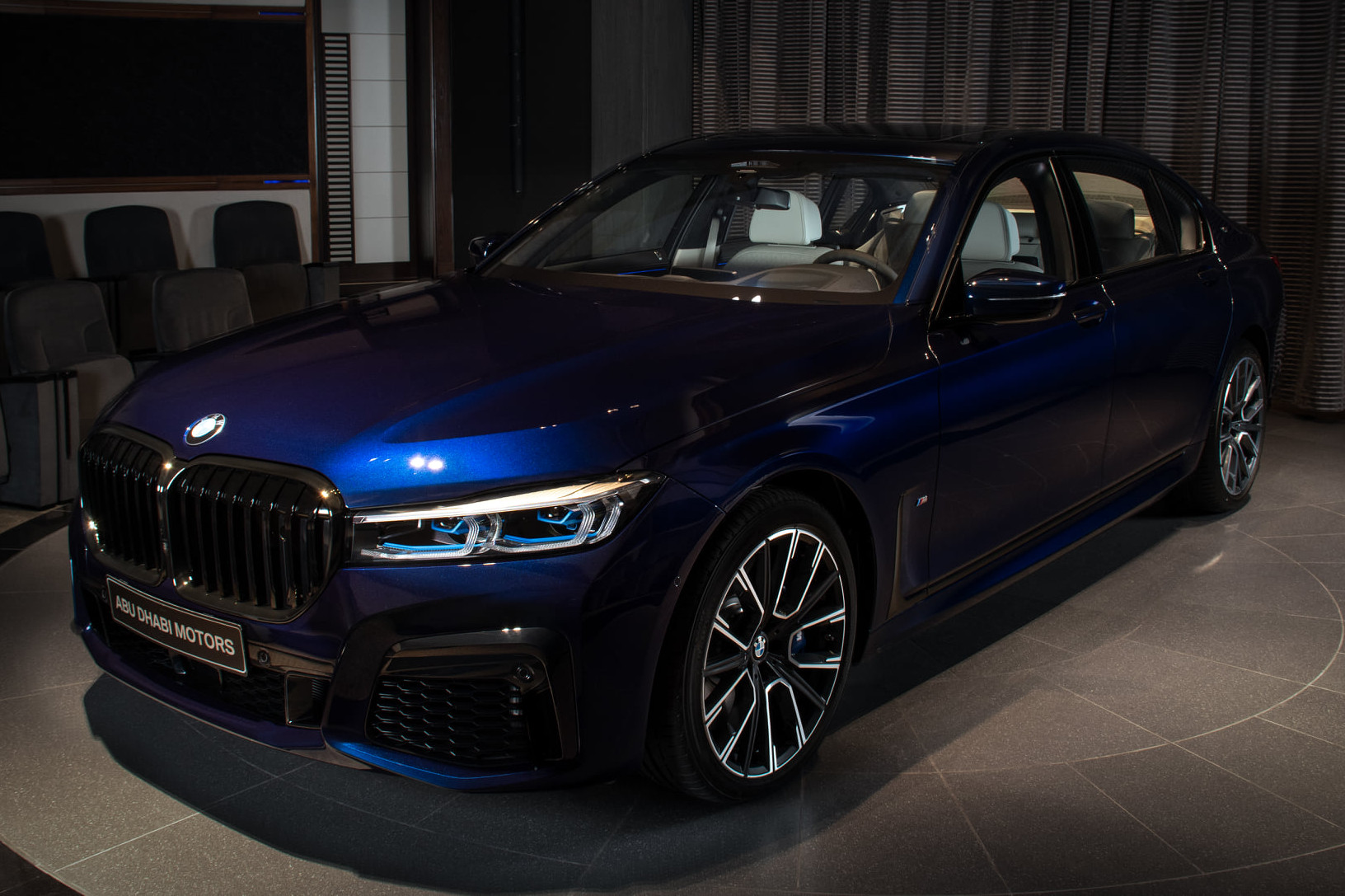 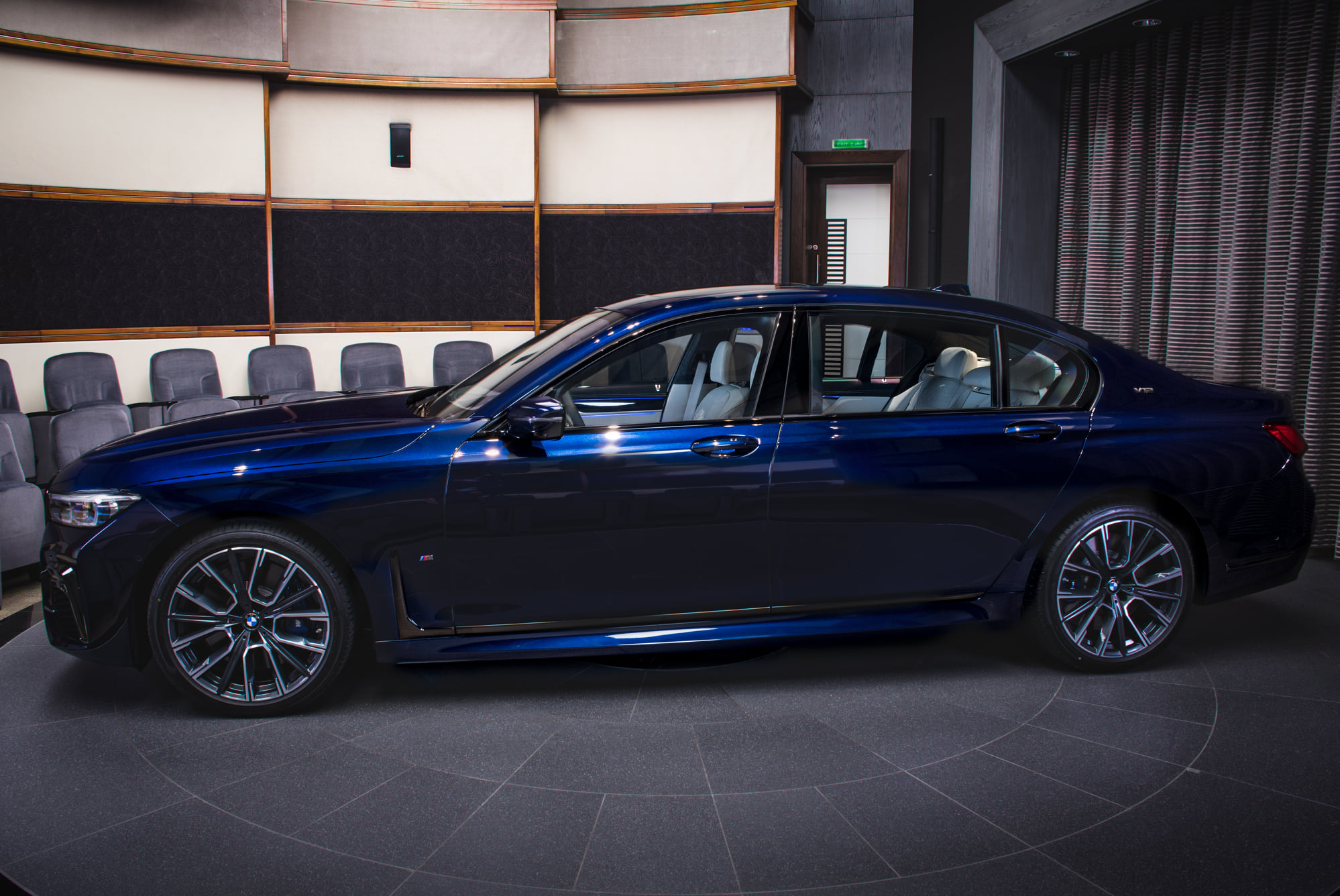 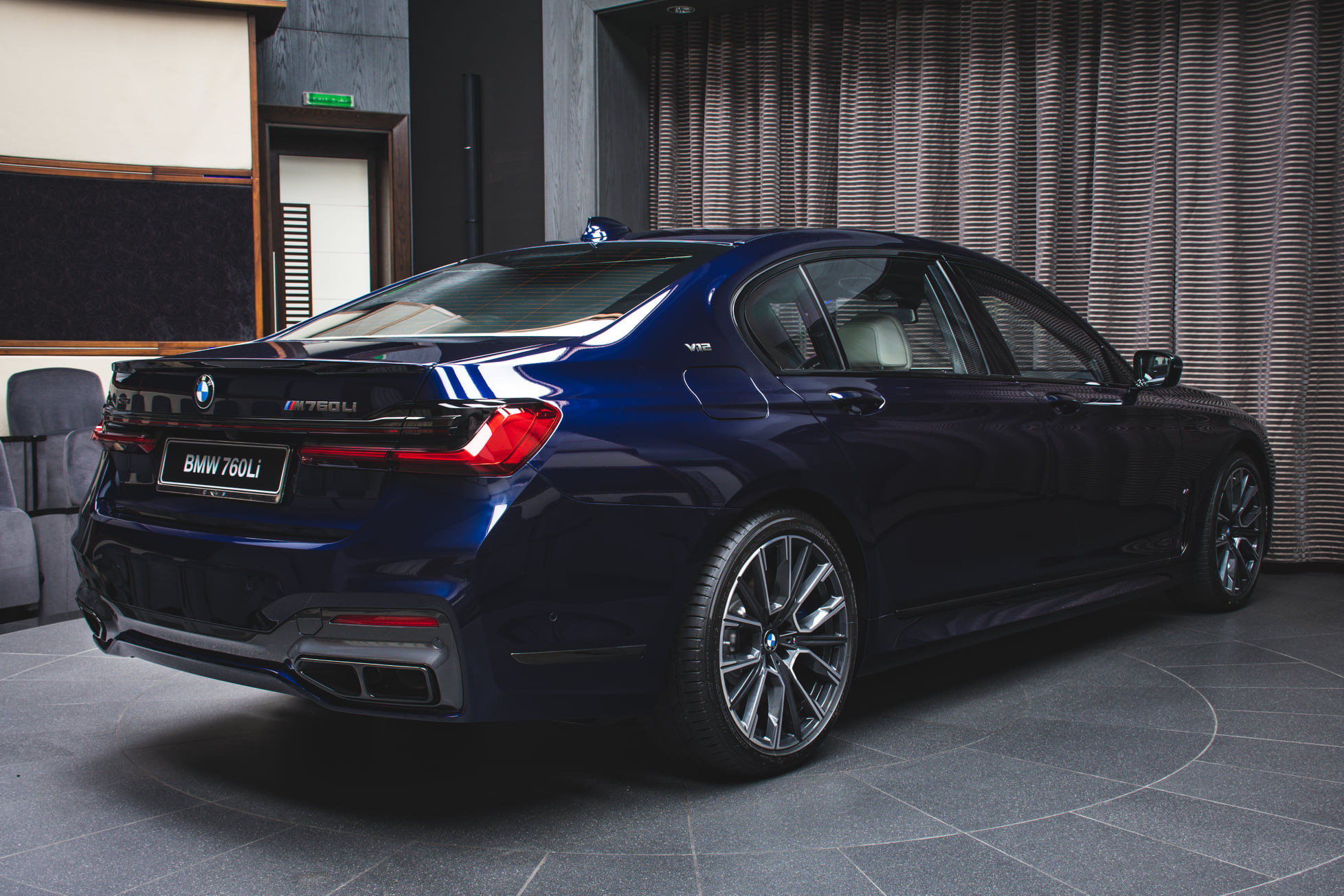 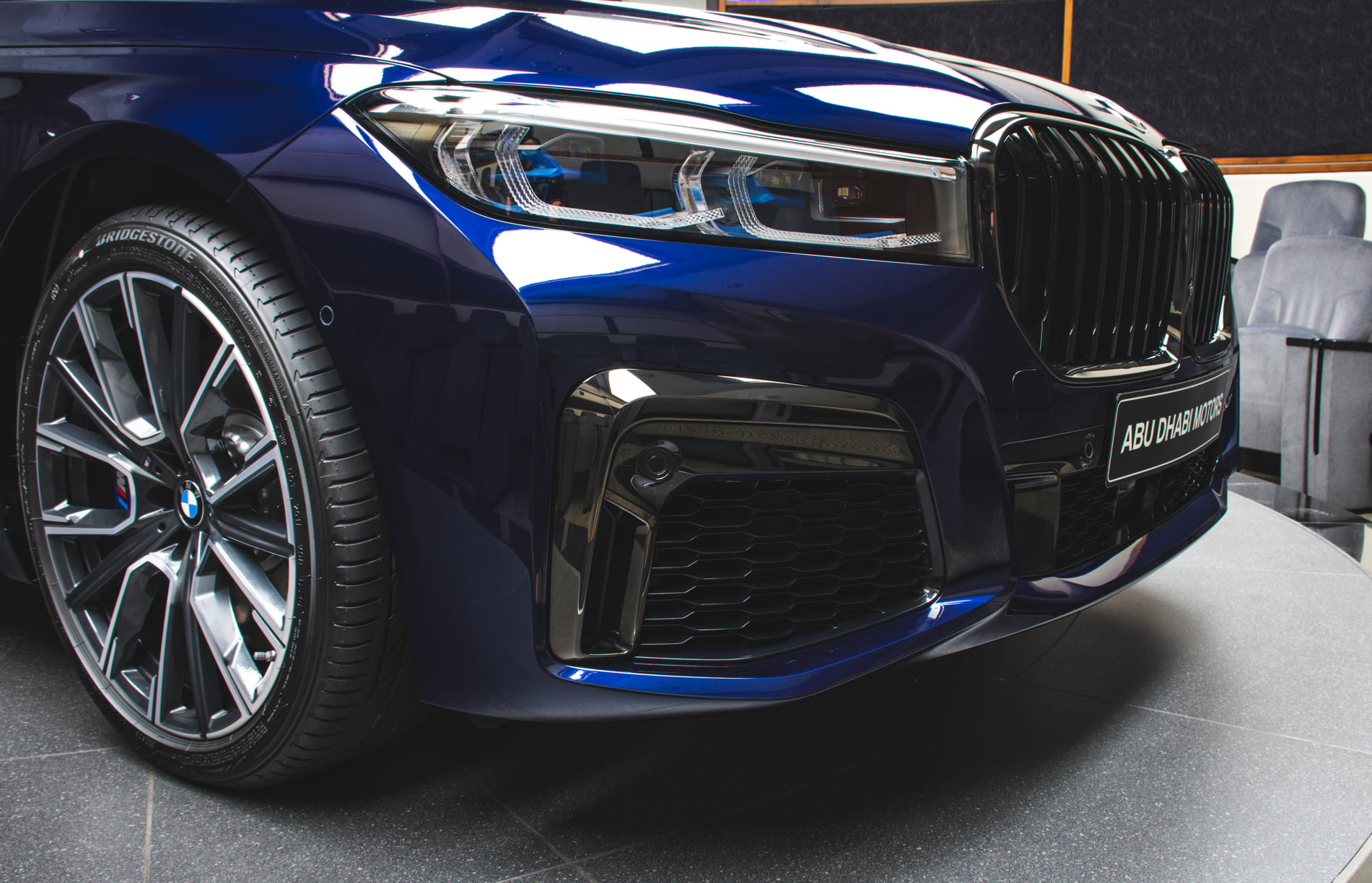 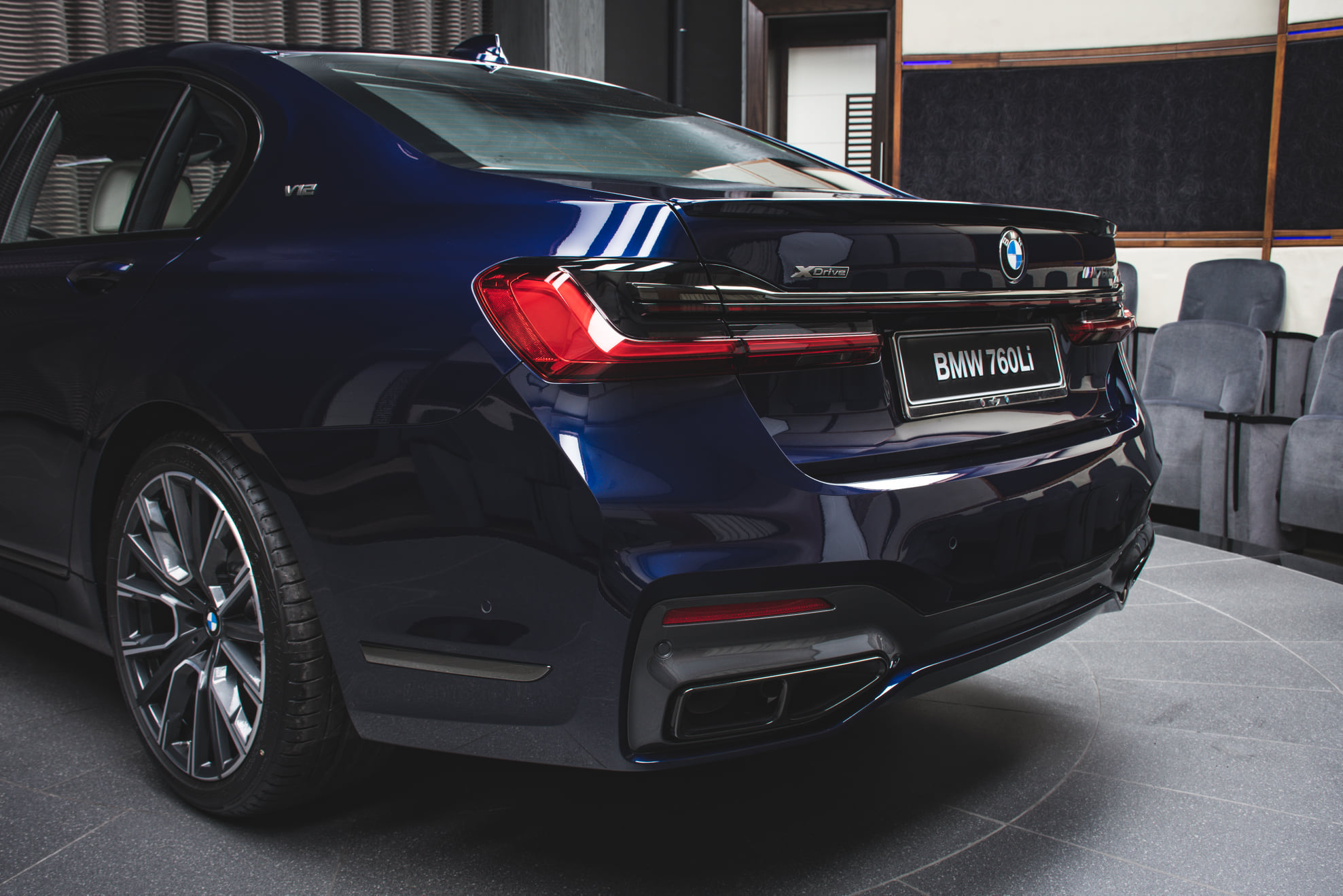 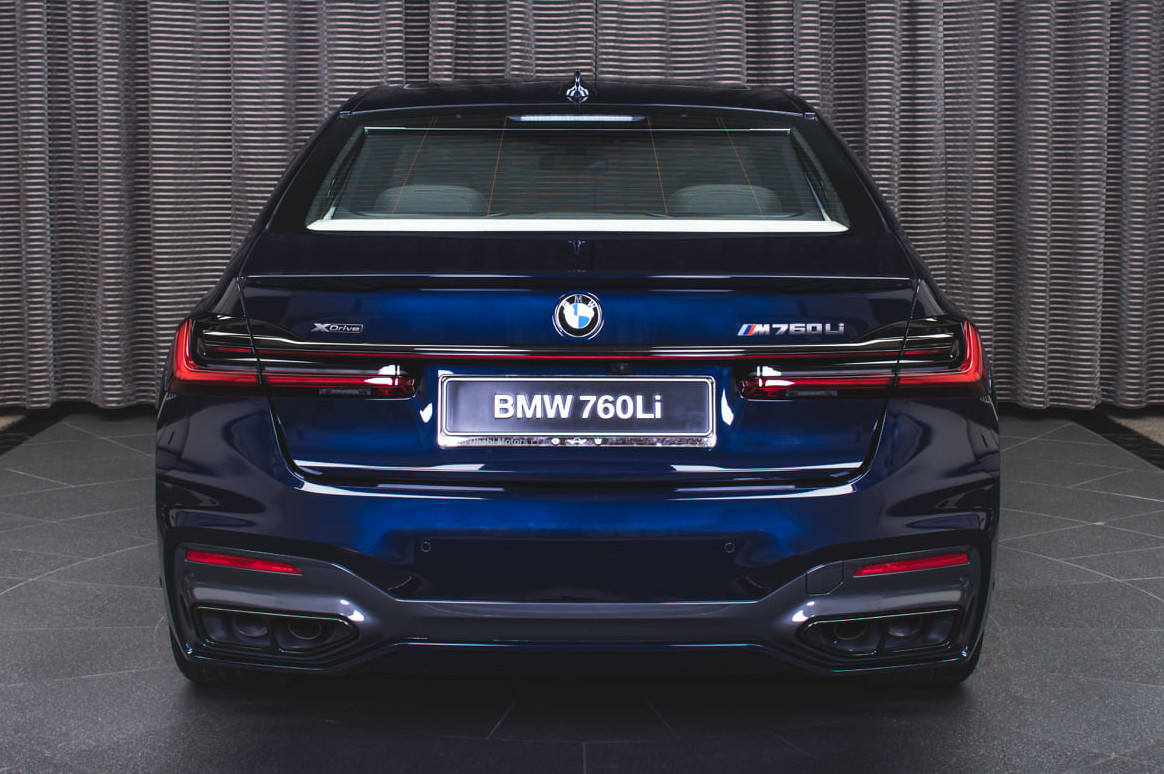 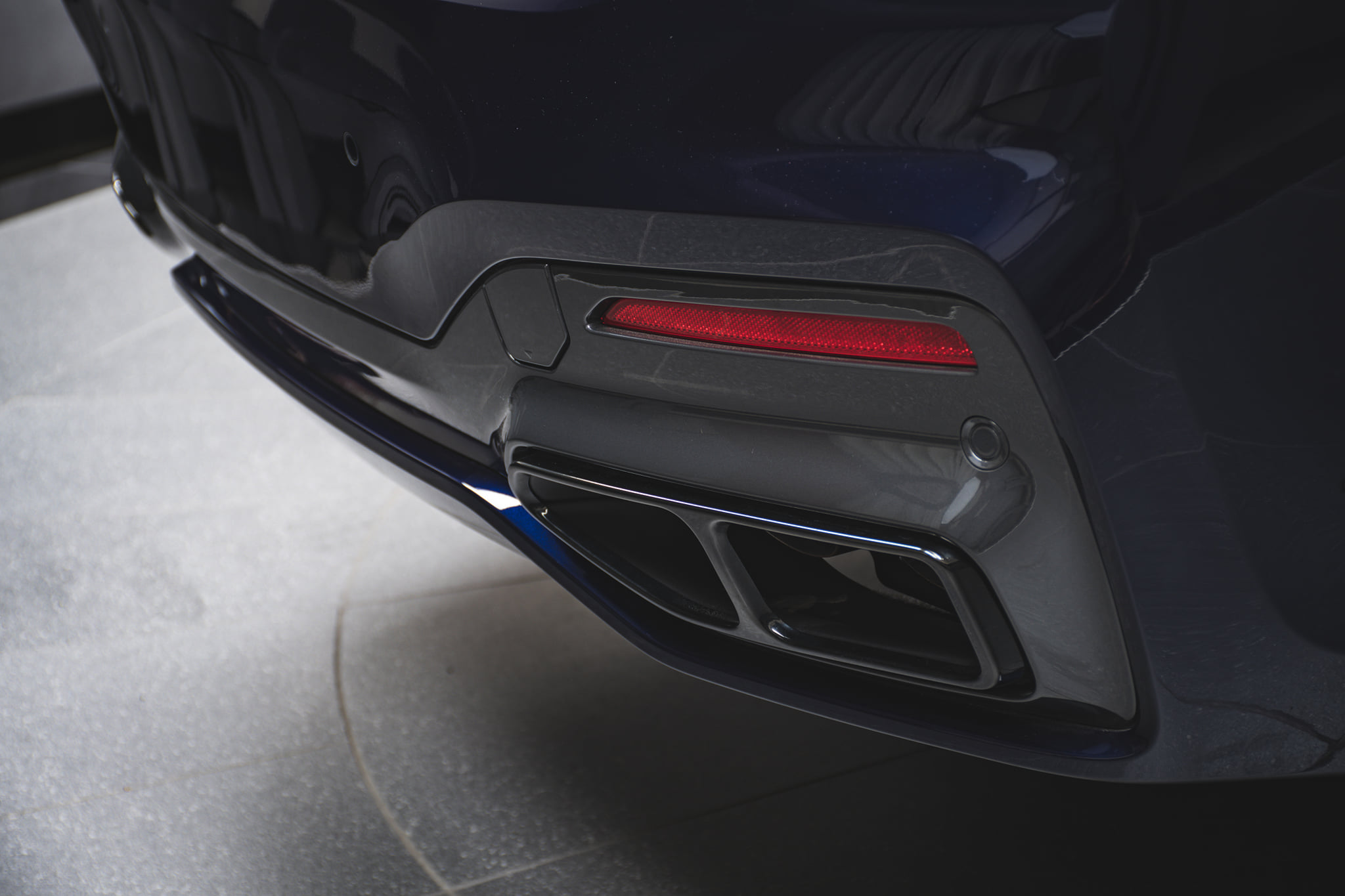 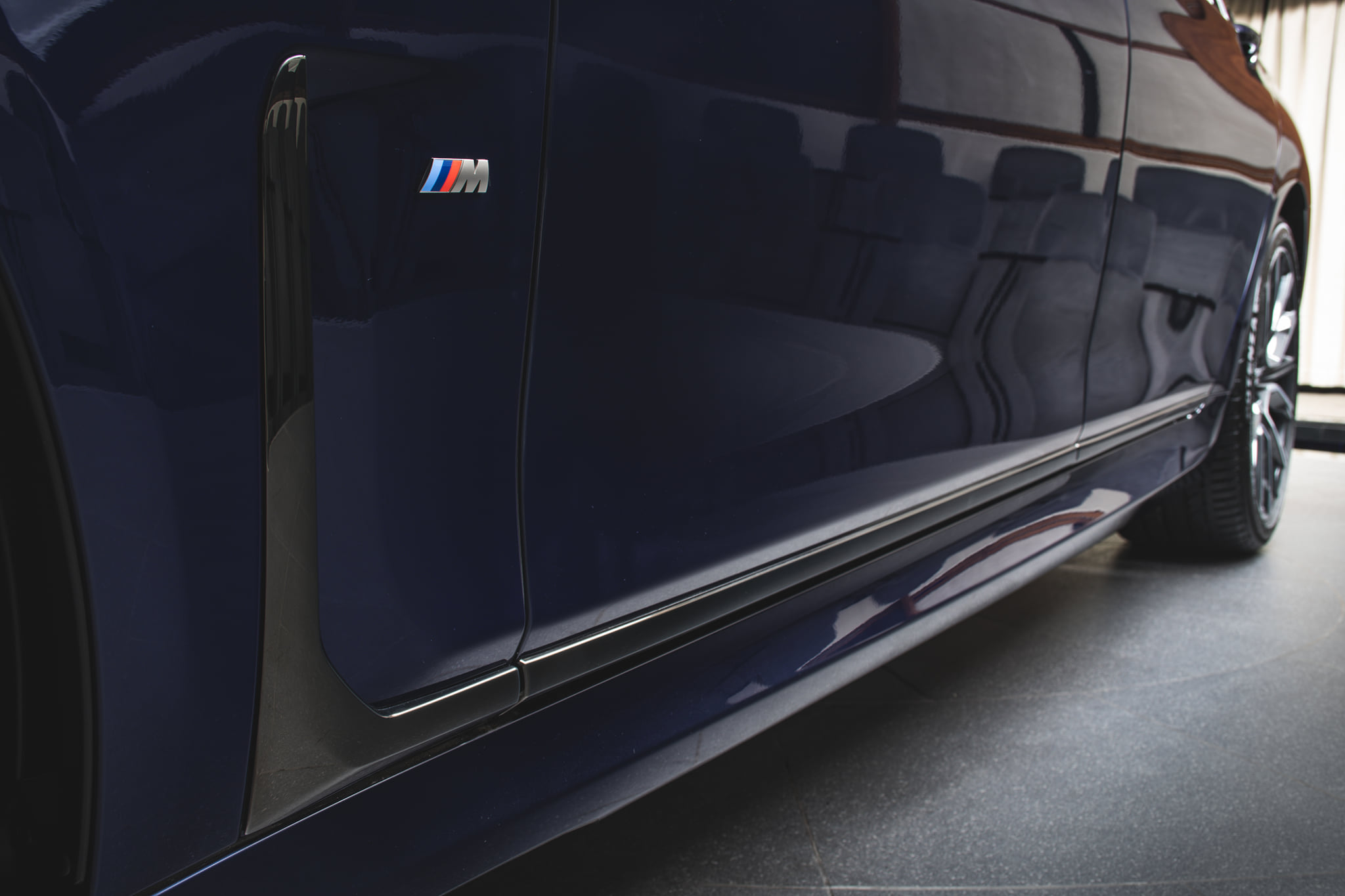 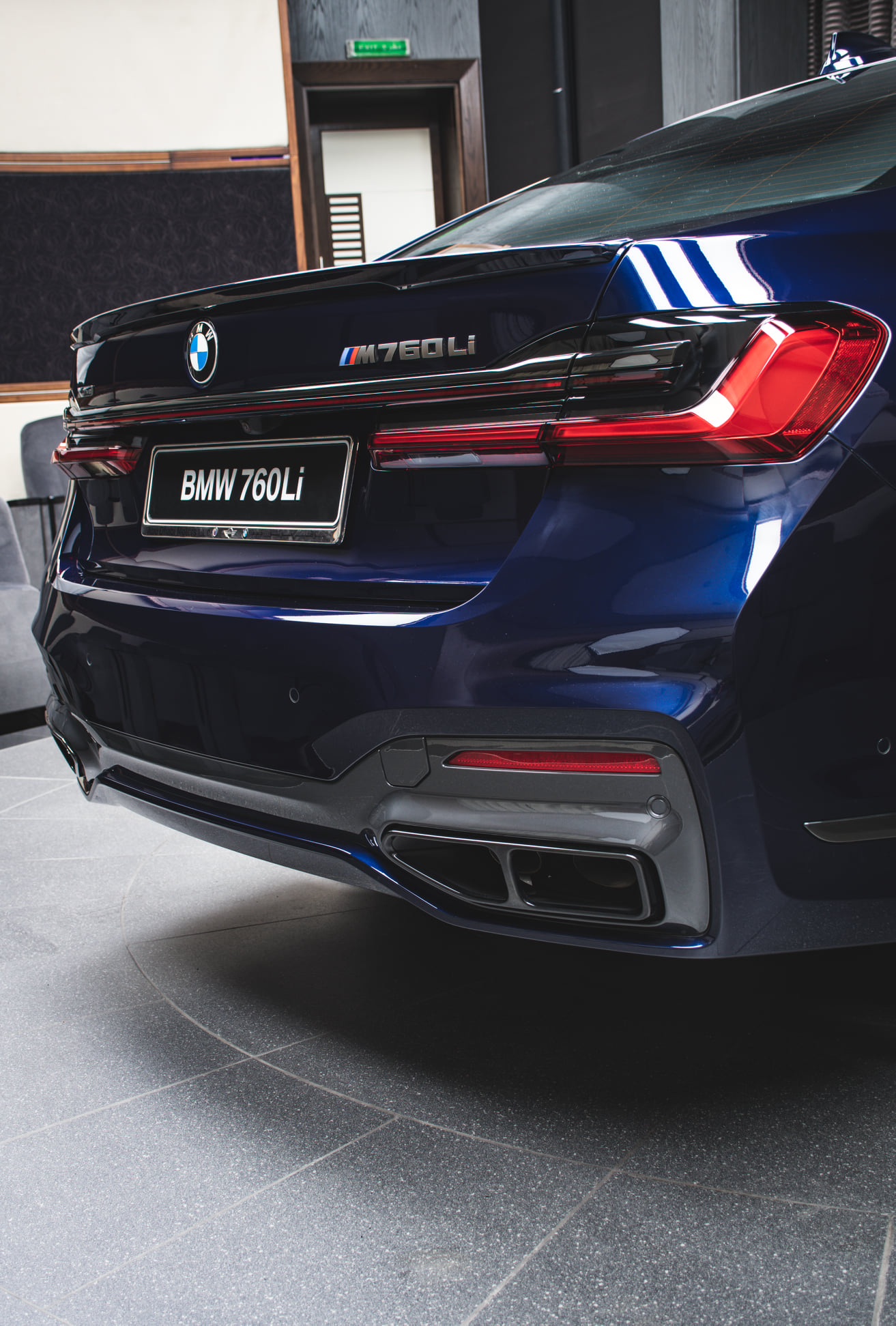 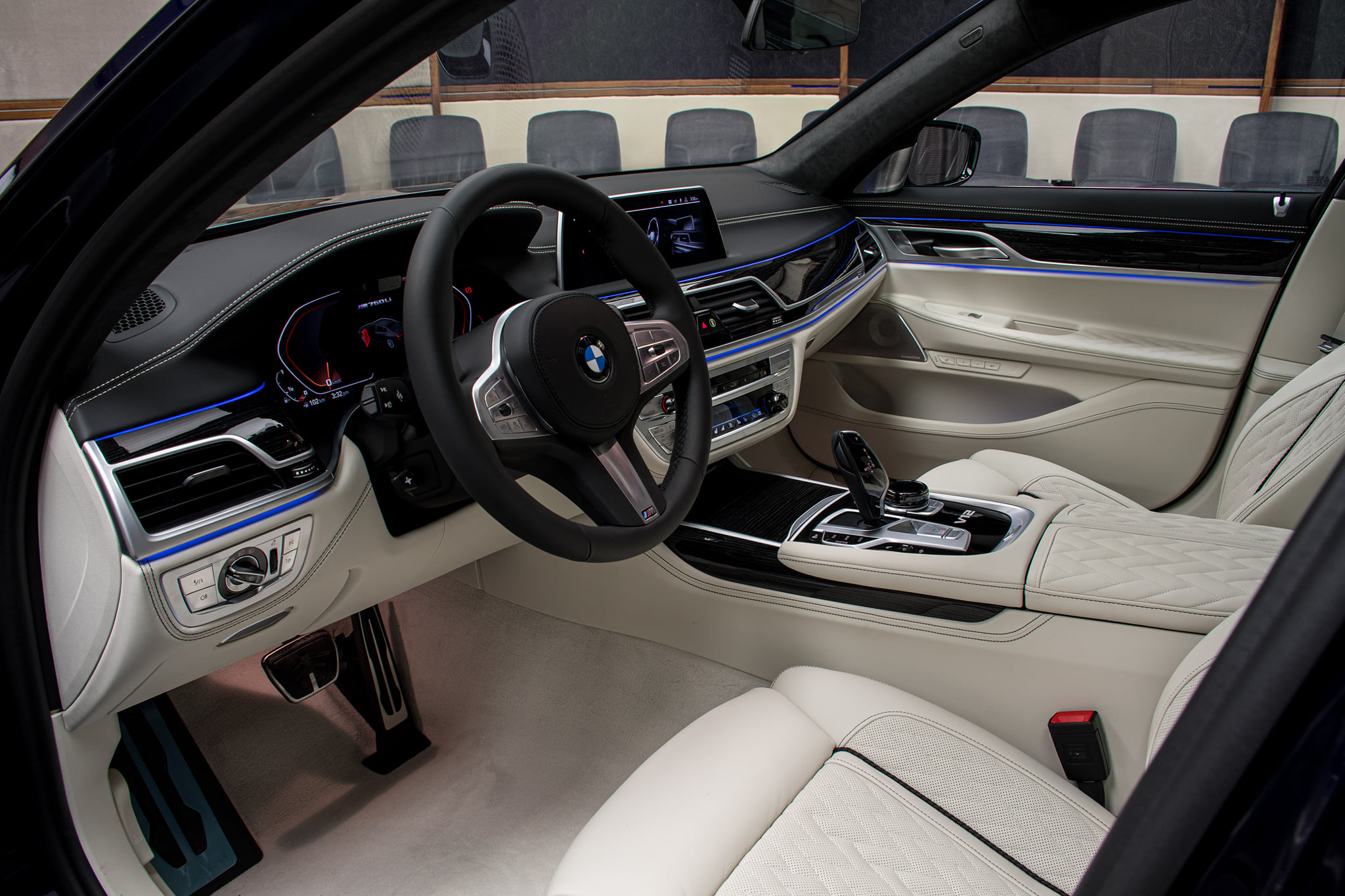 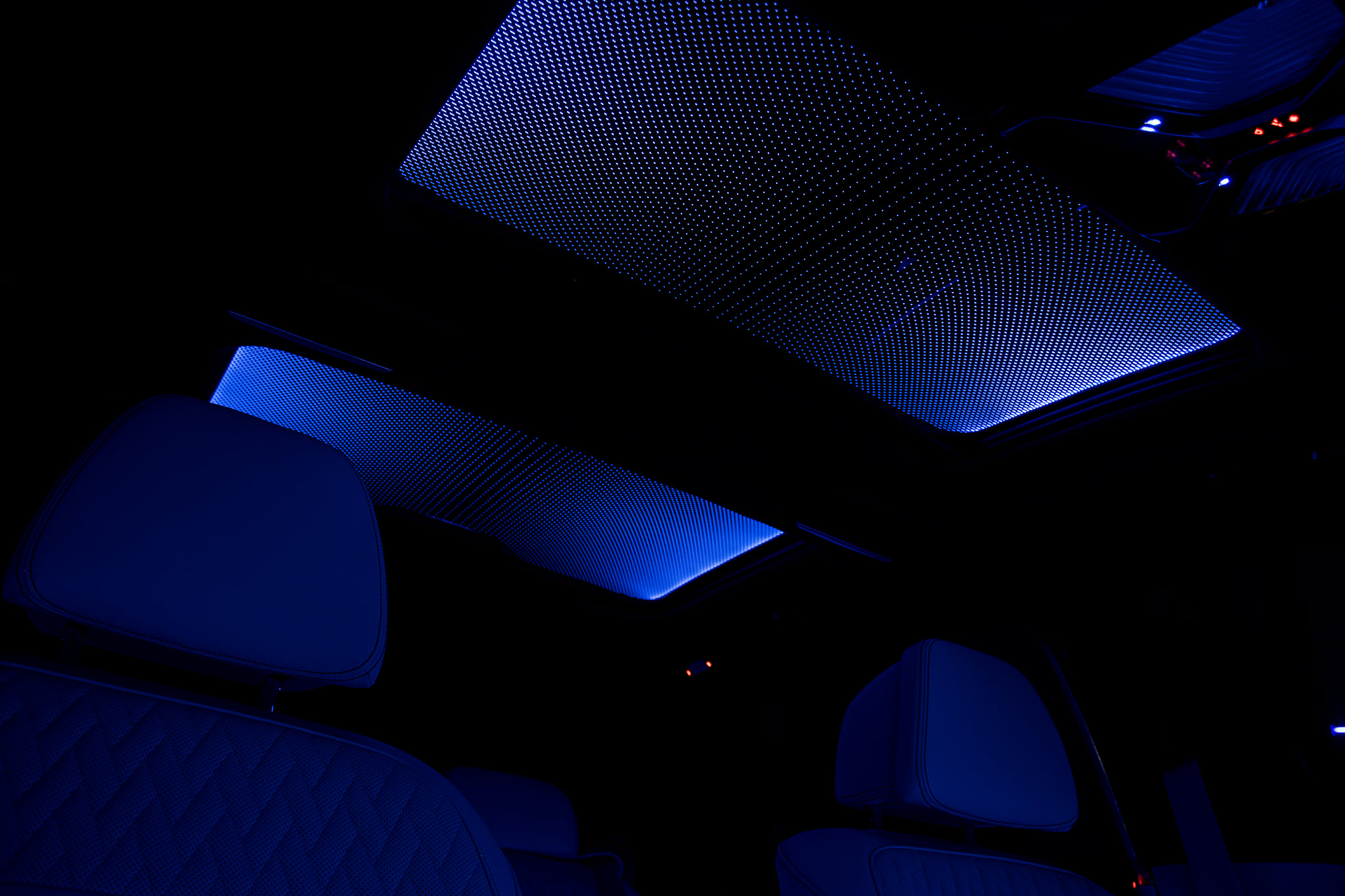