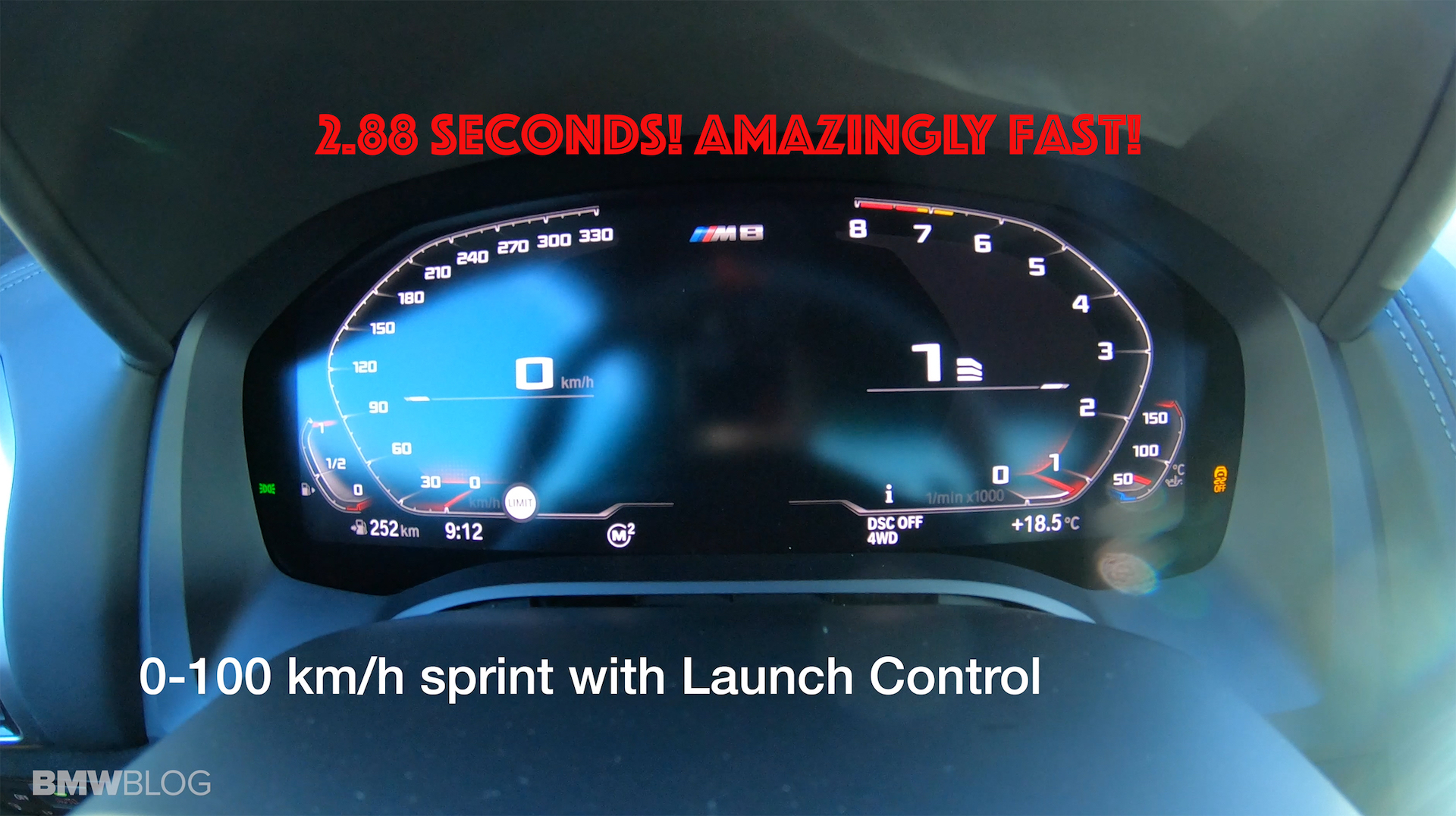 The time is even more impressive since the official numbers quoted 3.2 seconds for the standard sprint.

But we haven’t stopped here. On the next run, we requested Tomczyk to go from 0 to 200 km/h (124 mph) with the Launch Control. The final result? 9.93 seconds! And since we wanted to make sure there is proper evidence, we did all these runs on a GoPro camera installed on the steering wheel.

So how are these insanely fast times possible? 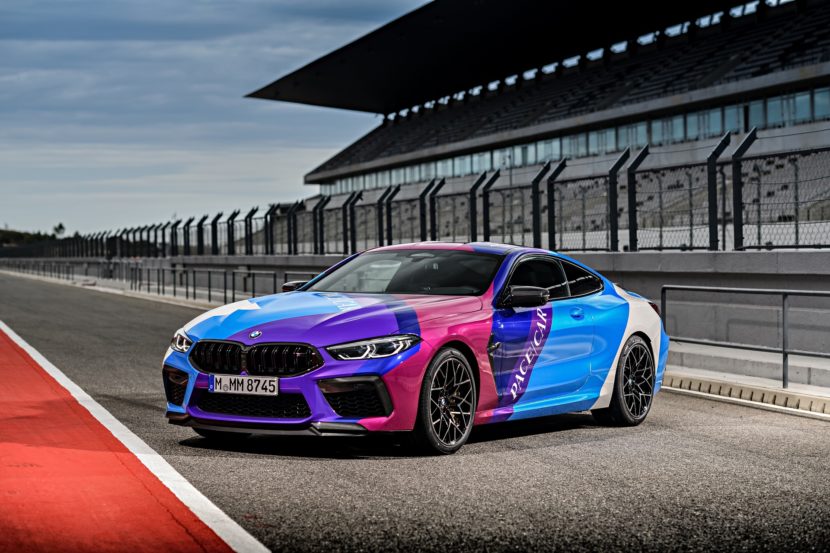 Firstly, let’s look at the engine bay. Under the long, sculpted hood of the BMW M8 Competition Coupe lies essentially the same engine as in the F90 BMW M5. So it’s a 4.4 liter twin-turbocharged V8 that, in standard guise, makes 625 hp and 553 lb-ft of torque. Secondly, it’s the xDrive system that certainly helps with the grip and Launch Control.

The BMW M8 gets an advanced xDrive all-wheel drive system that splits most of the power to the rear wheels until the fronts are needed. Working in combination with the all-wheel drive system, an Active M Differential is standard equipment at the rear axle. The latter can lock anywhere between 0-100 percent in milliseconds and is essential for keeping is rear end in check.

There will also be multiple modes for the xDrive all-wheel drive system. So the BMW M8 can switch from the normal ‘4WD’ mode to a sportier ‘4WD Sport’ mode. The latter will keep more power at the rear axle and will allow for more hilarious slip-angles before it reins everything back in. If those slip angles aren’t enough for you, and you want some extreme tire-roasting fun, there’s a ‘2WD’ mode that completely deactivates the front axle. It also deactivates DSC entirely, so it’s the maximum hooligan mode.

Unlike other brands’ “Drift Modes”, the M8’s ‘2WD’ mode stays on until the driver turns it off.

And in case you’re wondering, the video was filmed on the Portimao race track in southern Portugal.