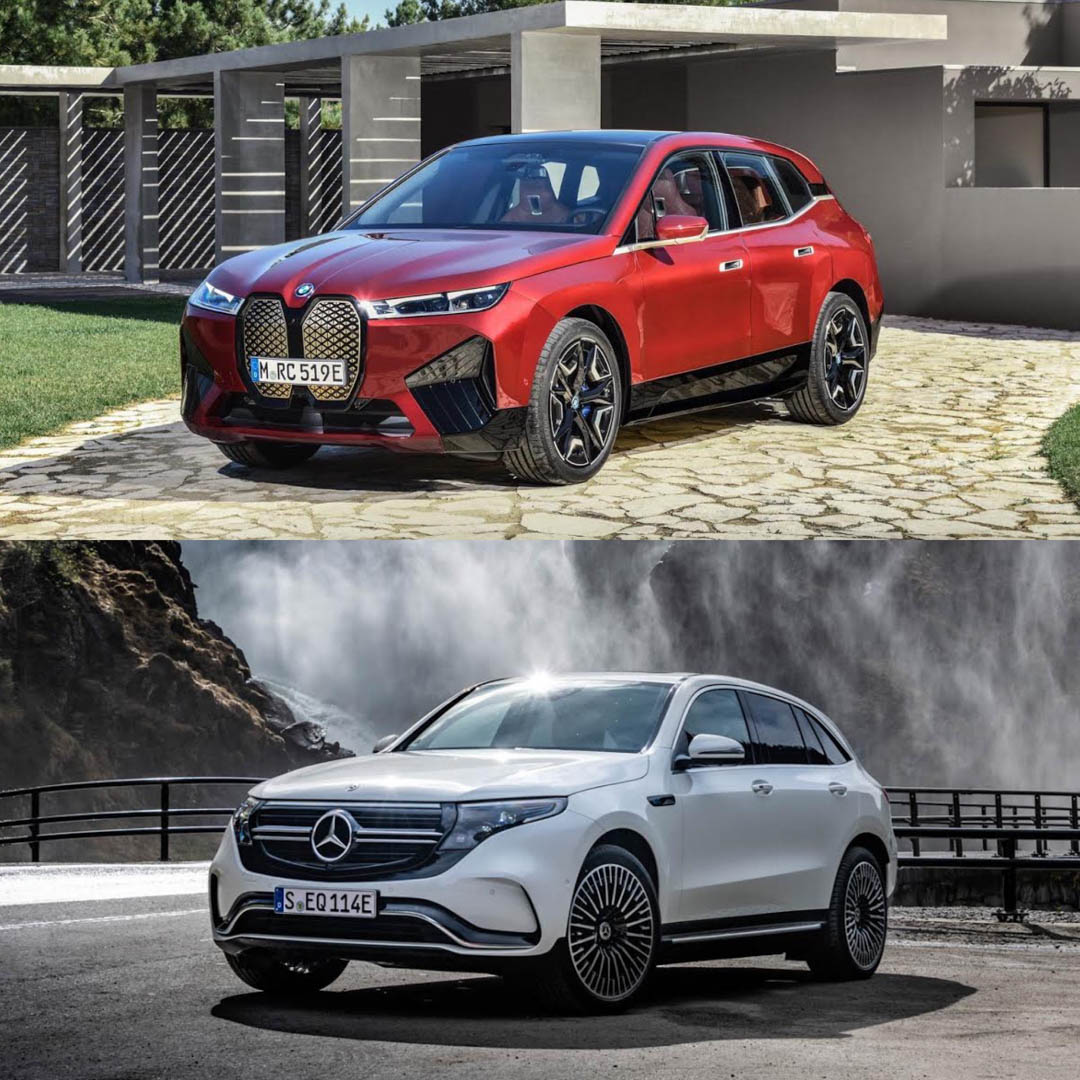 When the BMW iX finally hits the road, one of its main competitors will come from BMW’s oldest rival — Mercedes-Benz. BMW and Mercedes have been going head-to-head for decades, creating some of the coolest and most exciting automotive match-ups in history. Now, they’re taking their battle to the world of EVs, as the iX will take on the Mercedes-Benz EQC.

The EQC is Mercedes’ own all-electric, all-wheel drive crossover. It’s similarly sized, as it’s based on the GLC-Class but with a bit extra length. However, they’re surprisingly different machines. The EQC is, as already mentioned, based on a conventional architecture, while the BMW iX is built on an all-new bespoke EV architecture. So the EQC looks a bit more conventional from the outside and is exactly like every other Mercedes-Benz on the inside. While the BMW iX looks funky from the outside and has an extremely unique and interesting interior. 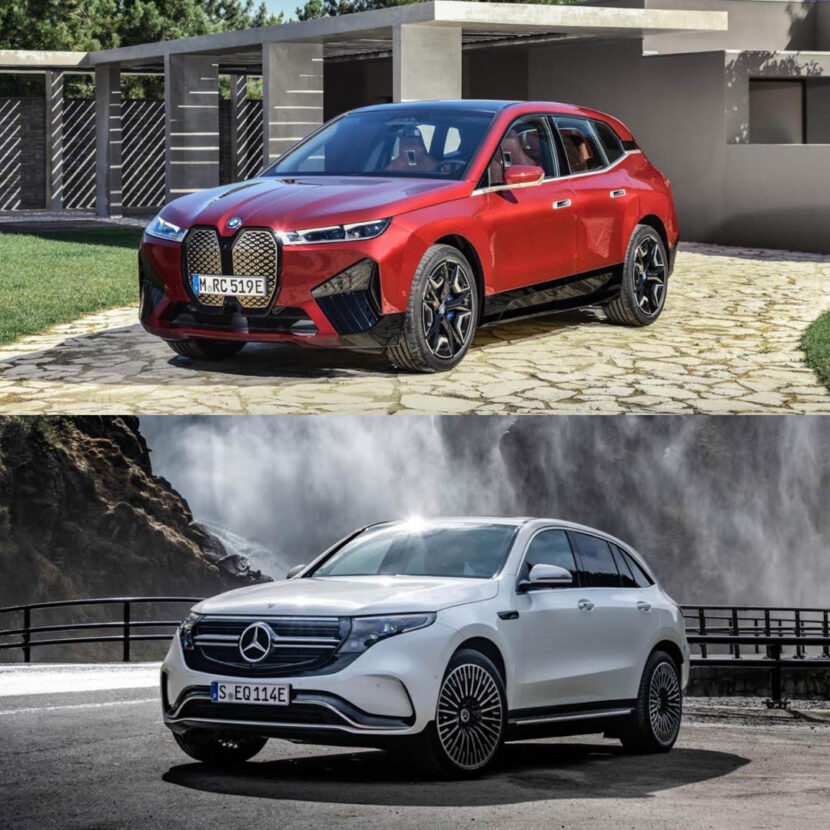 So the only question that remains is: which is better looking?

Up front, the Mercedes-Benz EQC is the winner, in terms of design, simply because of its grille. Admittedly, the BMW iX has a better interpretation of the Beaver Teeth grille design than the 4 Series but it’s still not good. While the EQC is a bit bland, it’s entirely inoffensive because of it. So it sort of wins this section by default. 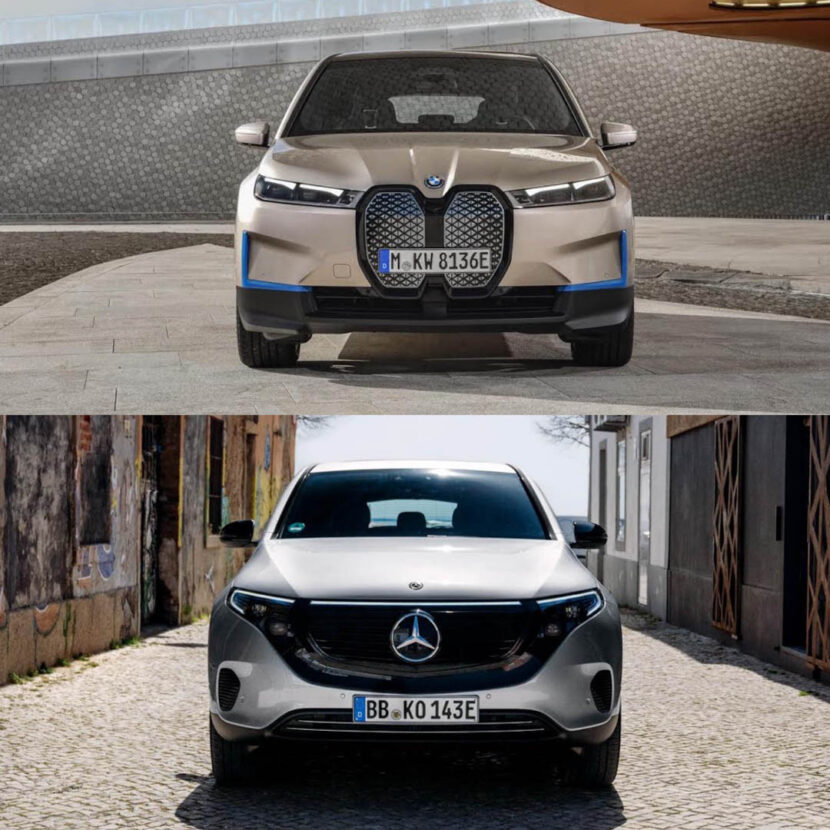 From the side, the BMW iX is the better looking car. Even though it’s still essentially a two-box SUV, like the EQC, it has some unique touches that instantly make it recognizable as something different. Its floating D-pillar, squared off fender flares and aerodynamic wheels all make it look special, even if it’s not exactly pretty. While the Mercedes-Benz EQC isn’t ugly, it’s sort of just fine looking. It looks like a GLC that’s been stretched out a bit. Not bad, just not interesting, either. 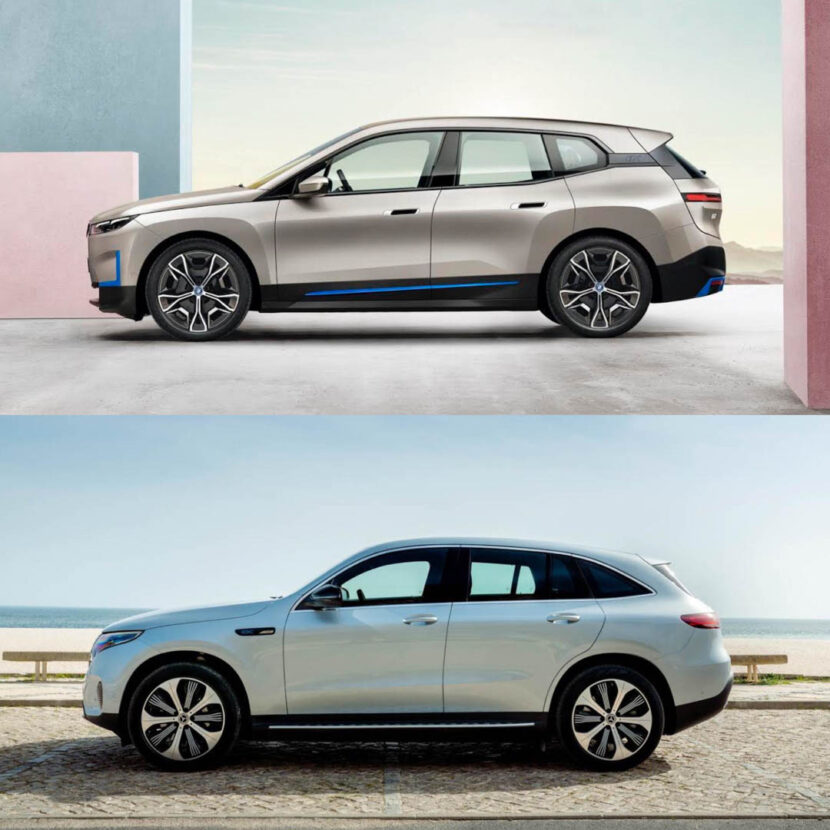 Out back, the BMW iX takes it again but by a narrow margin. The back end of the iX is a bit too fussy; there are too many different lines and angles, especially down by the rear diffuser. However, it’s better than the dumpy, bland styling of the EQC, which is about as exciting as melted ice cream. 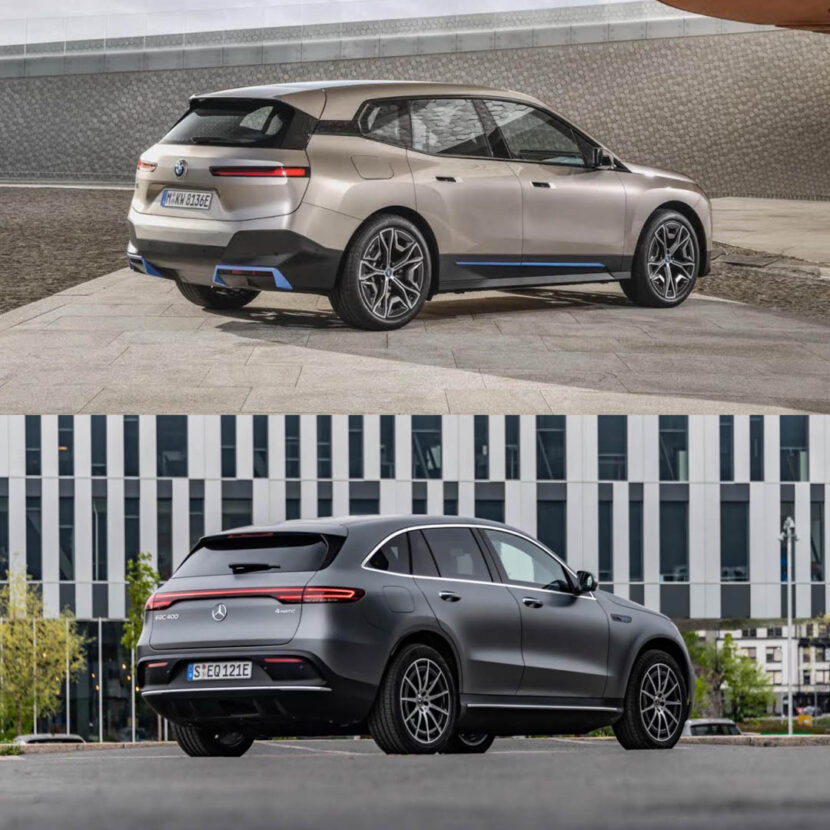 On the inside, the Bimmer takes yet another win. Let’s be clear, the Mercedes-Benz EQC’s cabin is lovely. It’s crisp, its stylish and has great tech. When compared to most normal cars, the EQC’s cabin likely wins. However, the BMW iX is not a normal car and its interior is nothing short of fabulous. It’s as revolutionary as the BMW i3 was back in 2014, which is surprising since it looks similar to the i3’s. Not only is the iX’s interior high tech and futuristic but it’s also both beautifully minimalist while also looking incredibly luxurious. While the exterior of the iX is a bit of a miss, the interior is a massive success. 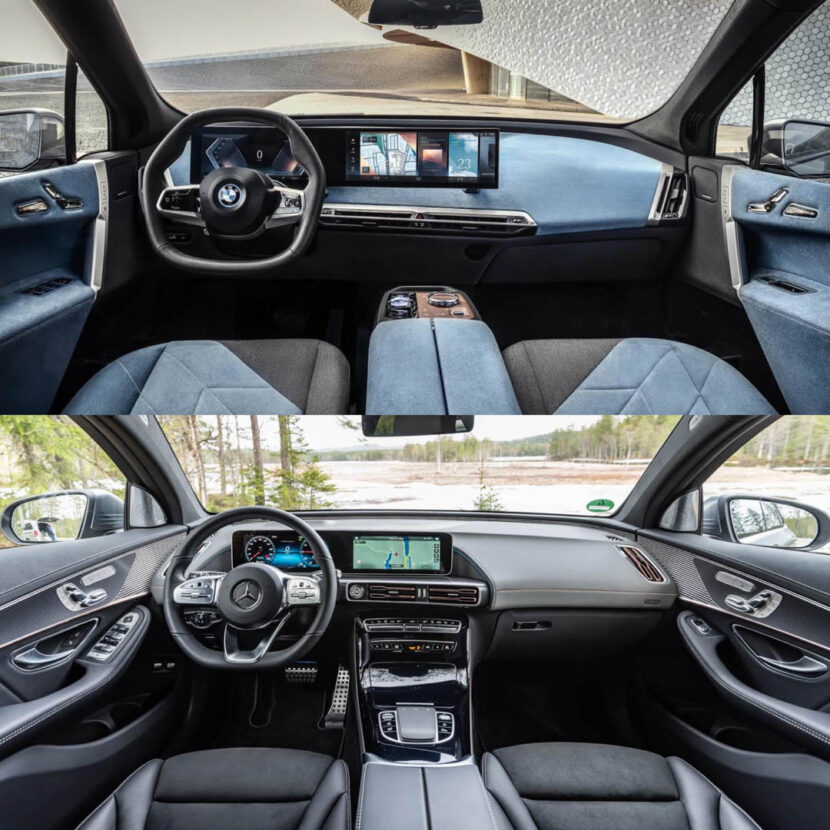 Overall, it’s the BMW iX that wins this test. It’s not the best looking EV in its class but at least it’s interesting. The Mercedes-Benz EQC is bland and uninspired. 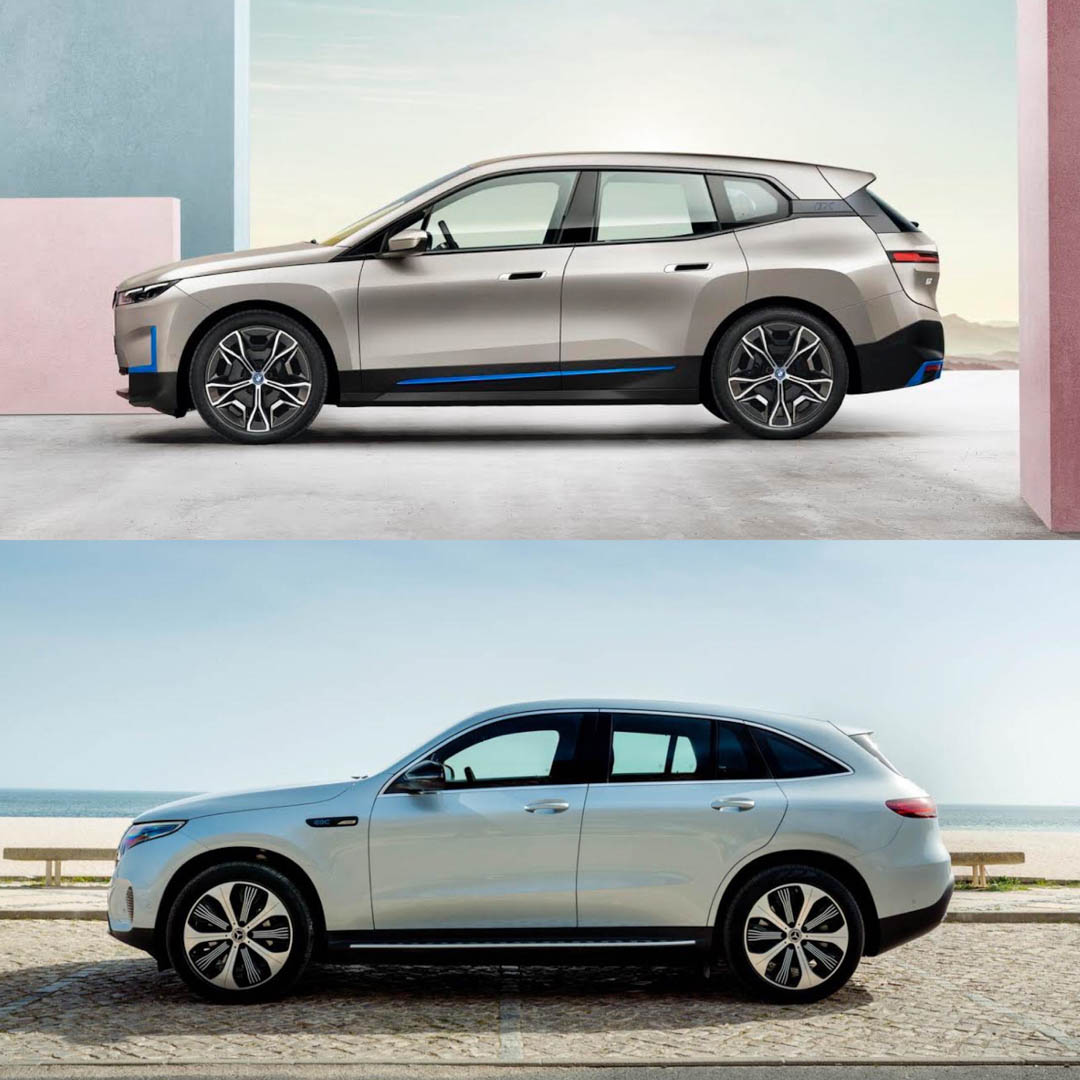 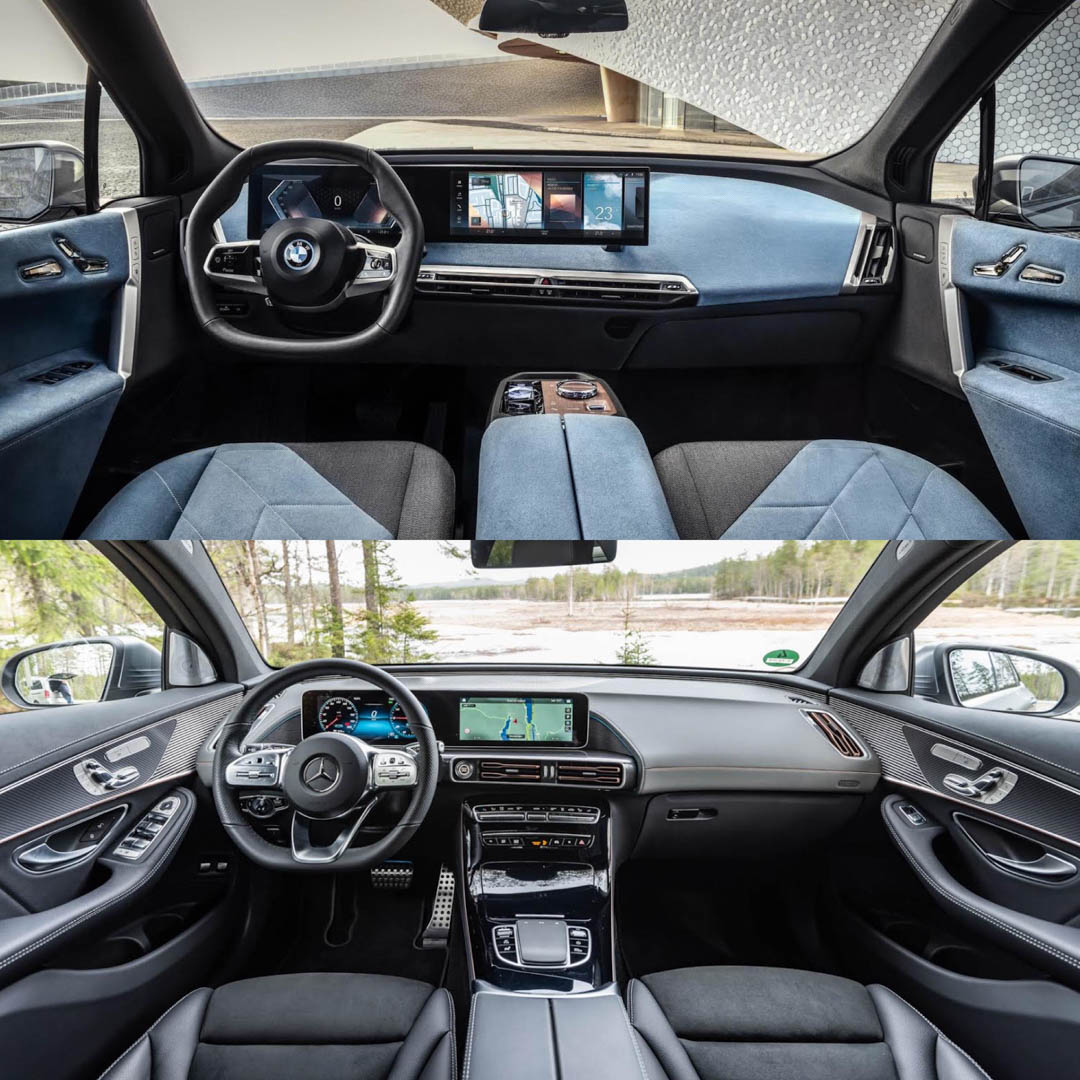 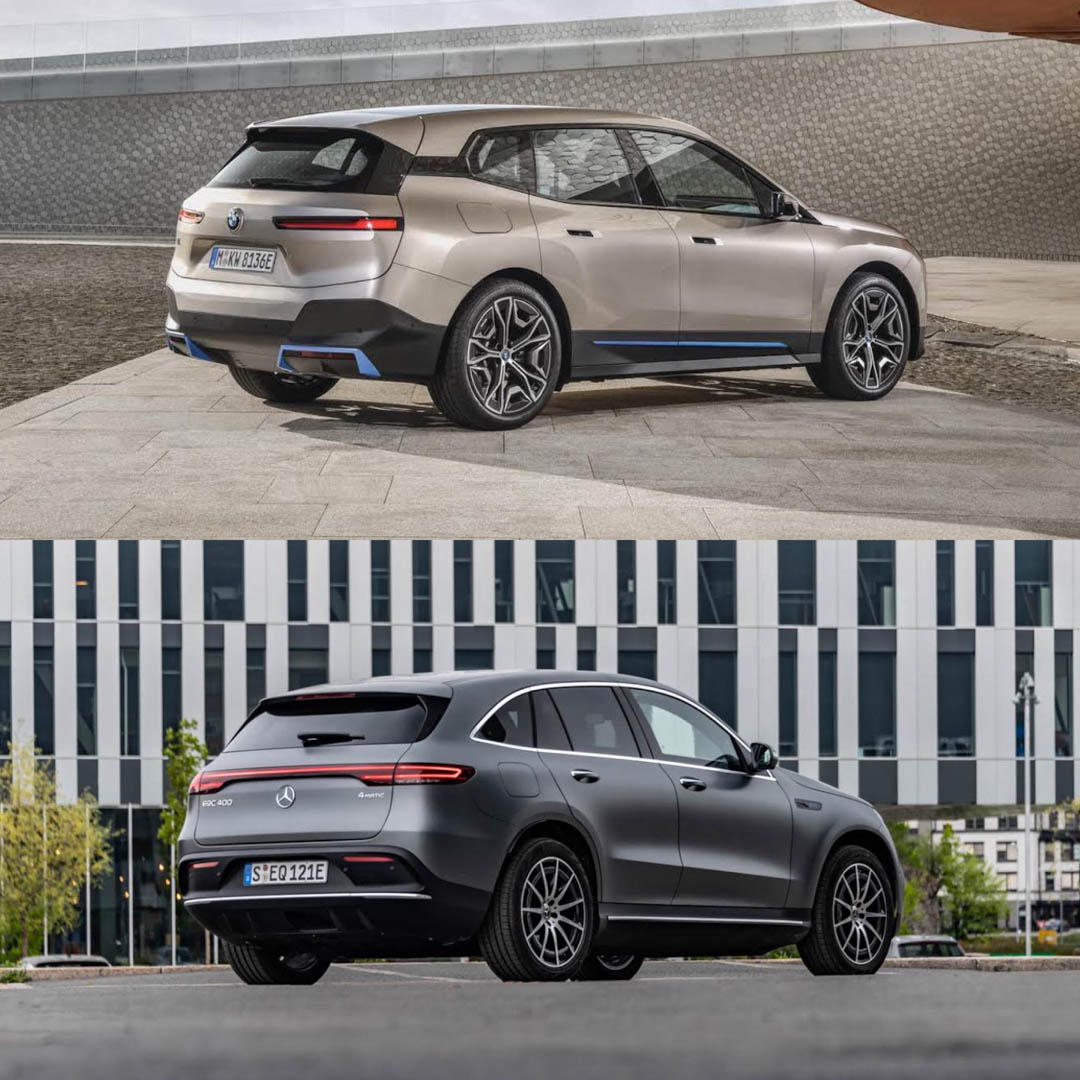 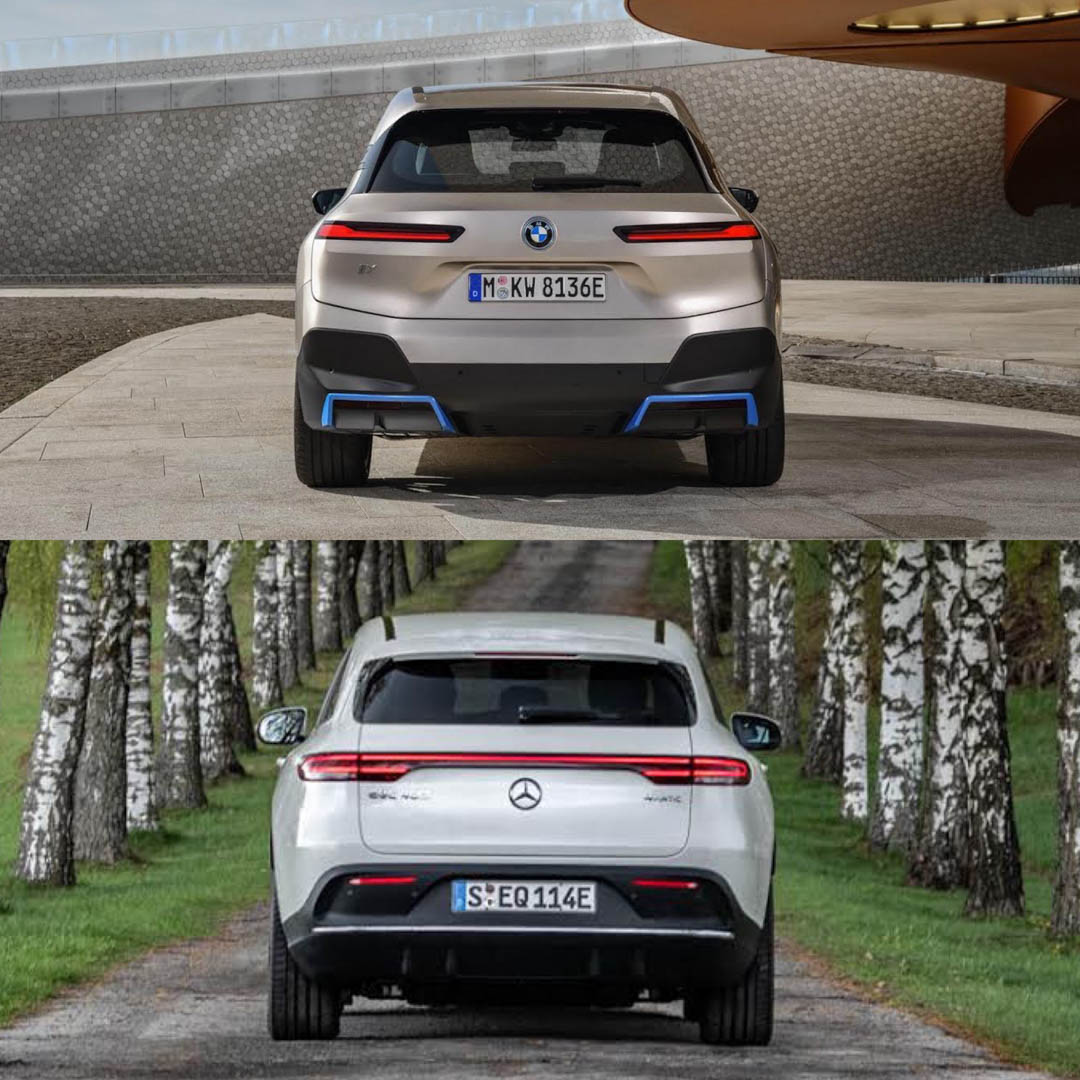