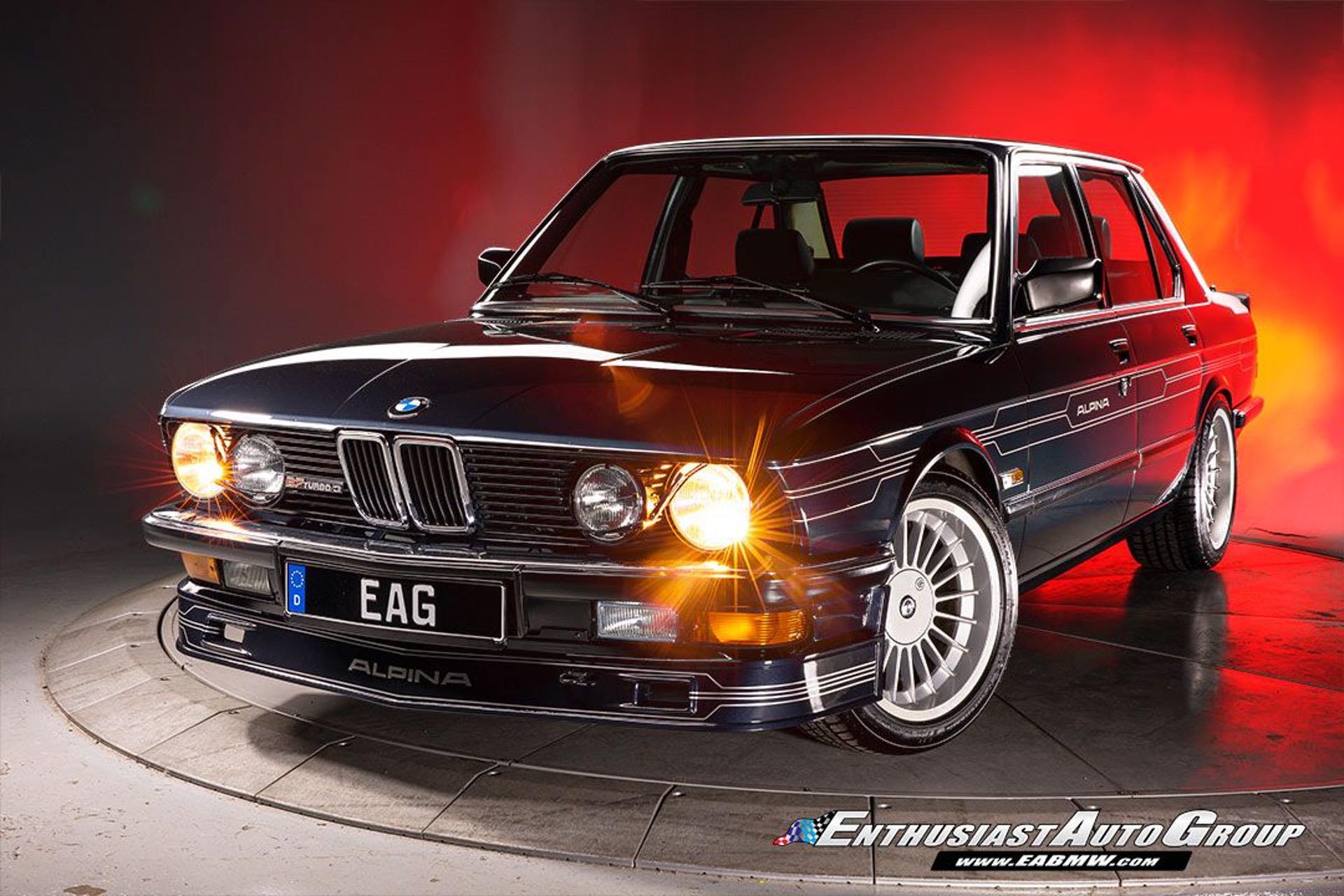 There’s a lot of talk circulating about the most current iteration of the ALPINA B7 – the tweaked BMW 7 Series, tuned up and given the once over from coachworks company ALPINA. Reserved for only the most elite and sporting a price tag of nearly $200,000 means it’s certainly a noteworthy car. But what if I told you that, while immensely impressive, the new 600 hp ALPINA B7 is really just the Milli Vanilli of the automotive world – lip syncing in a flashy outfit and hoping the crowd won’t notice – when compared to its much older brother? 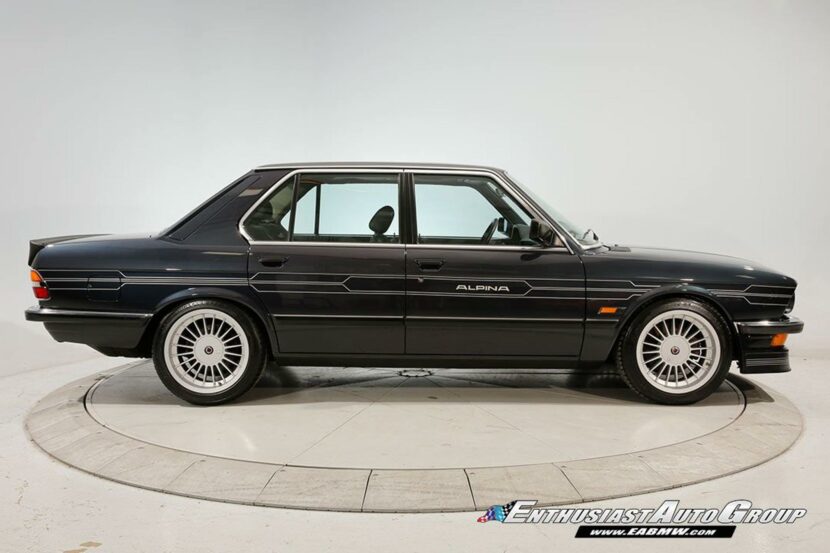 I present to you…Enthusiast Auto Group’s 1987 ALPINA B7 Turbo/3. While the current B7 uses the normal 7 Series as its foundation, this car uses an E28 535i – inheriting the B7/3 naming convention from its powerplant, coincidentally named the ALPINA B7/3. A modified and turbocharged version of the 535i’s standard M30 inline six is paired to a five-speed dogleg manual transmission, and that’s part of what makes EAG’s specimen incredibly valuable – only four documented examples exist with the shift-it-yourself transmission.

You’ve got almost 320 hp and 384 lb-ft of torque to play with under the hood of what ALPINA marketed as the “fastest sedan in the world” – and with power figures like that, I don’t believe they were wrong. The sprint from 0-60 happens in just around six seconds. Weighing in at just around 3,500 lbs means that this thing isn’t exactly heavy – especially by modern standards. With a paltry 59,345 miles on the clock, and an included portfolio documenting prior ownership, this ridiculously rare racecar in a business suit presents rather well. 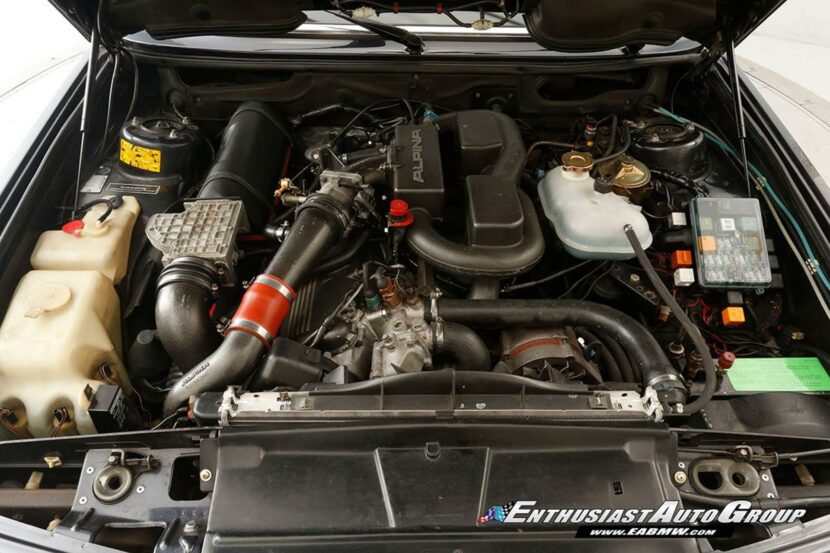 Speaking of numbers, the car originally hails from Japan sporting a $21 million yen price tag – roughly equivalent to $150,000 USD. In context, that’s almost two Ferrari Testarossas, a few kilograms of Columbia’s finest export (coffee, of course), or a well-to-do home in the suburbs in 1987. Around 10% of that price came from the “SK Audio Option”, which apparently replaced most of the rear deck and some of the front dashboard with…you guessed it, high quality, German made speakers. Because let’s face it – if it’s 1987 and you just bought a $150k German super sedan, you’d need a $15k stereo system to handle all that Eurobeat. 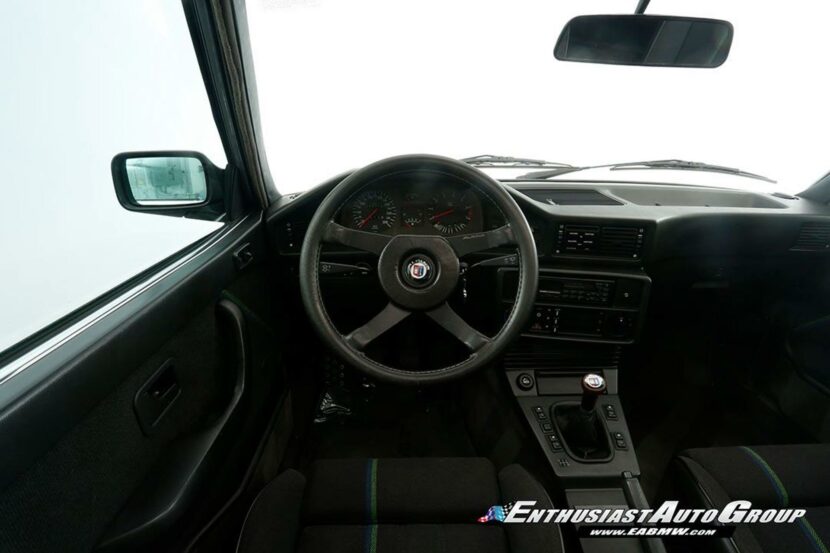 The interior gets additional special touches over more pedestrian E28 5 Series cars – cloth seats trimmed in ALPINA green and blue stripes to separate you from the painfully droll, lower trim E28 5 Series – and even unique compared to the supposedly special E28 M5. You’ve got a well-kept wooden-topped ALPINA shift knob in the center, an ALPINA steering wheel, and an ALPINA-specific gauge cluster so you won’t forget what car you’re driving. Plus, with the aforementioned bespoke stereo setup straight from 1980s Germany, you can blast Bananarama and everyone else will also know you’ve bought a unique 1980s European car as you soar past them at 160 mph. 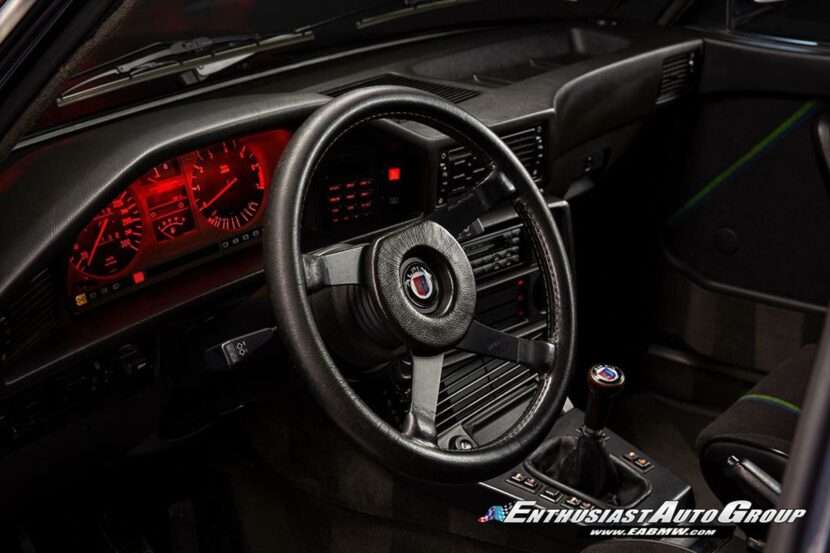 As with most vintage ALPINA cars, the face has to match the personality, so it gets unique exterior touches to make it look as special as it is. The fantastic looking twenty spoke wheels – an aggressive 17” in this iteration – stand out and wear aggressive Michelin Pilot Sport tires to ensure the power gets to the ground. A unique front splitter adds some front grip, and allows you to scrape on high-sitting curbs. A unique rear decklid spoiler makes the car look a little bit faster, and might even add a little bit of downforce – but also guarantees to separate you from the other E28s out there on the road.

EAG’s listed the car for $199,990 – and you might think that’s a lot of money. For that kind of money, you could buy a Porsche 992 Turbo S. But so could your neighbor. Fine, you say, give me exclusivity. At that price you could build and order an Individual-spec BMW M8 Competition – except, well, no, you can’t, because production has been suspended on those for 2021 model years. Plus, there’s no chance that a car roughly the size and weight of an entire continent will ever receive a DIY manual transmission (notably, neither does the Porsche, for now – speculation suggests it’s a possibility). Anyway, maybe you think your $200k will allow you to invest in a small lakeside villa that you could rent to caravaners, the homeless, and men having a middle life crisis – but, let’s face it, if you’ve already made it this far, you’re not nearly that boring, nor that sensible.

Finally, find me another B7 Turbo/3 with a manual, and let me know how you feel about the value per dollar – I’ll be waiting. Being one of only four examples in existence, this car rapidly approaches the territory of “priceless” – EAG’s own Eric Keller lamenting the fact that he can’t keep this car in the EAG stable forever. And really, who could blame him? Even surrounded by a stable of chariots wrought from vintage BMW gold by the M division design gods of yore – this ALPINA example stands on its throne – peerless. 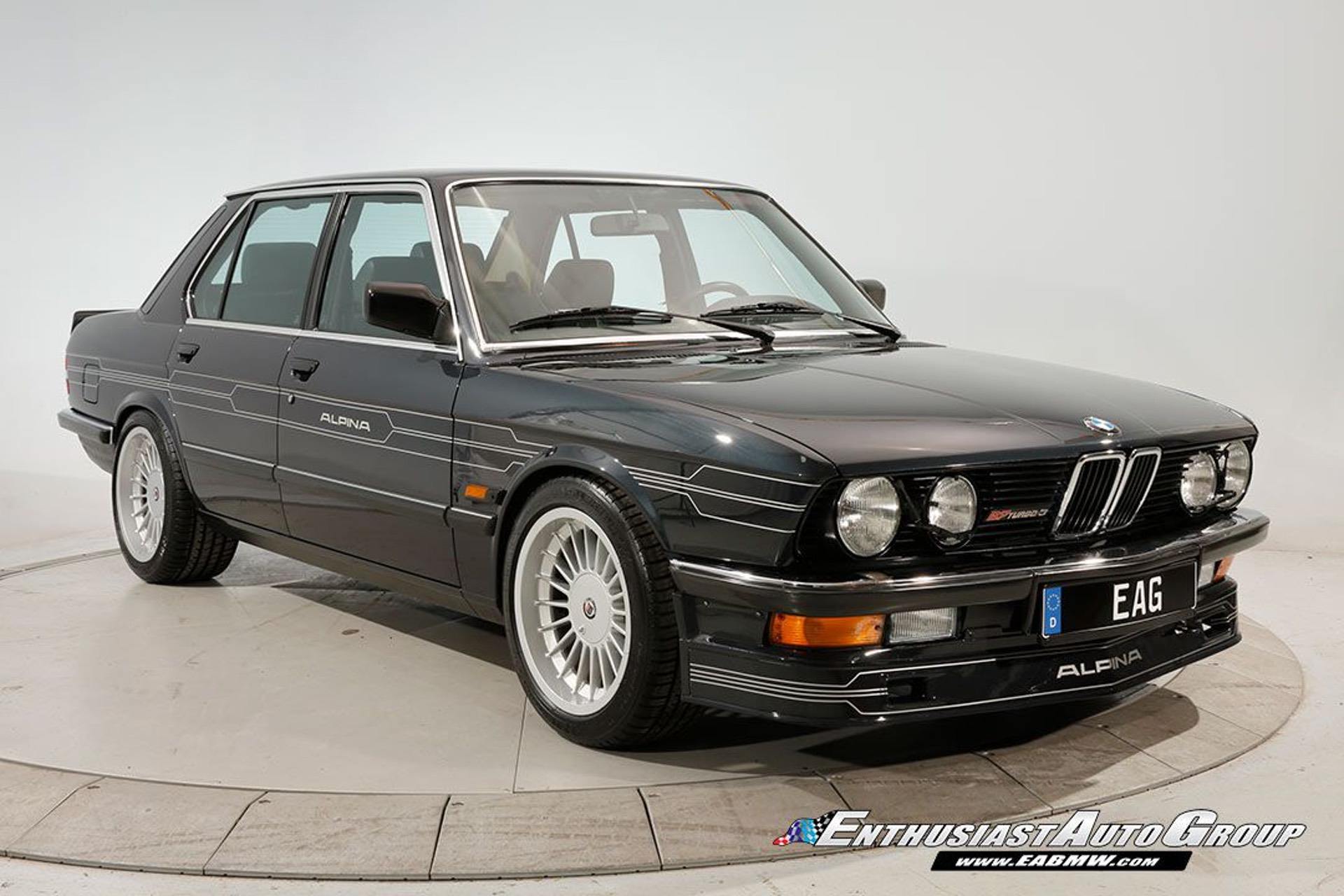 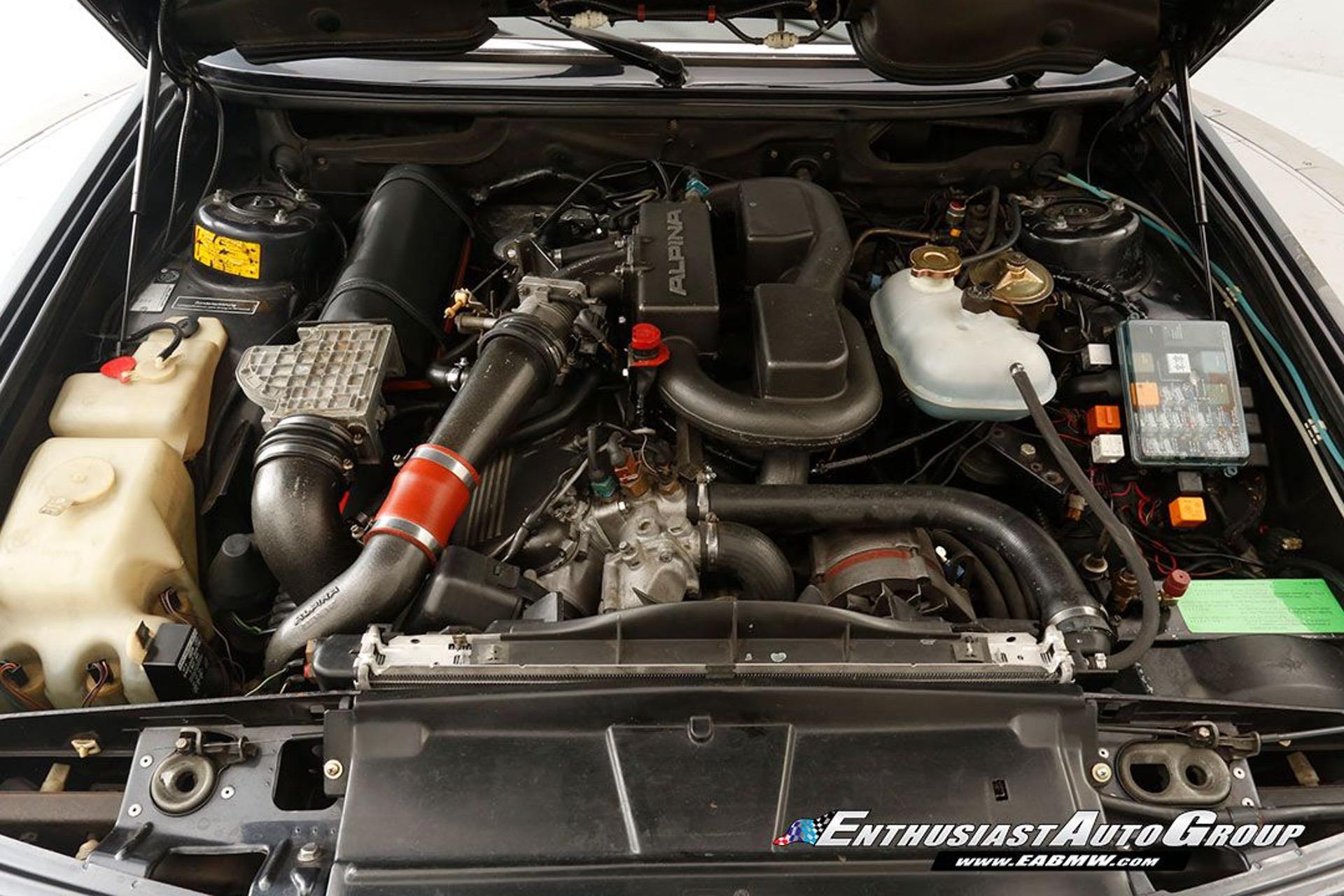 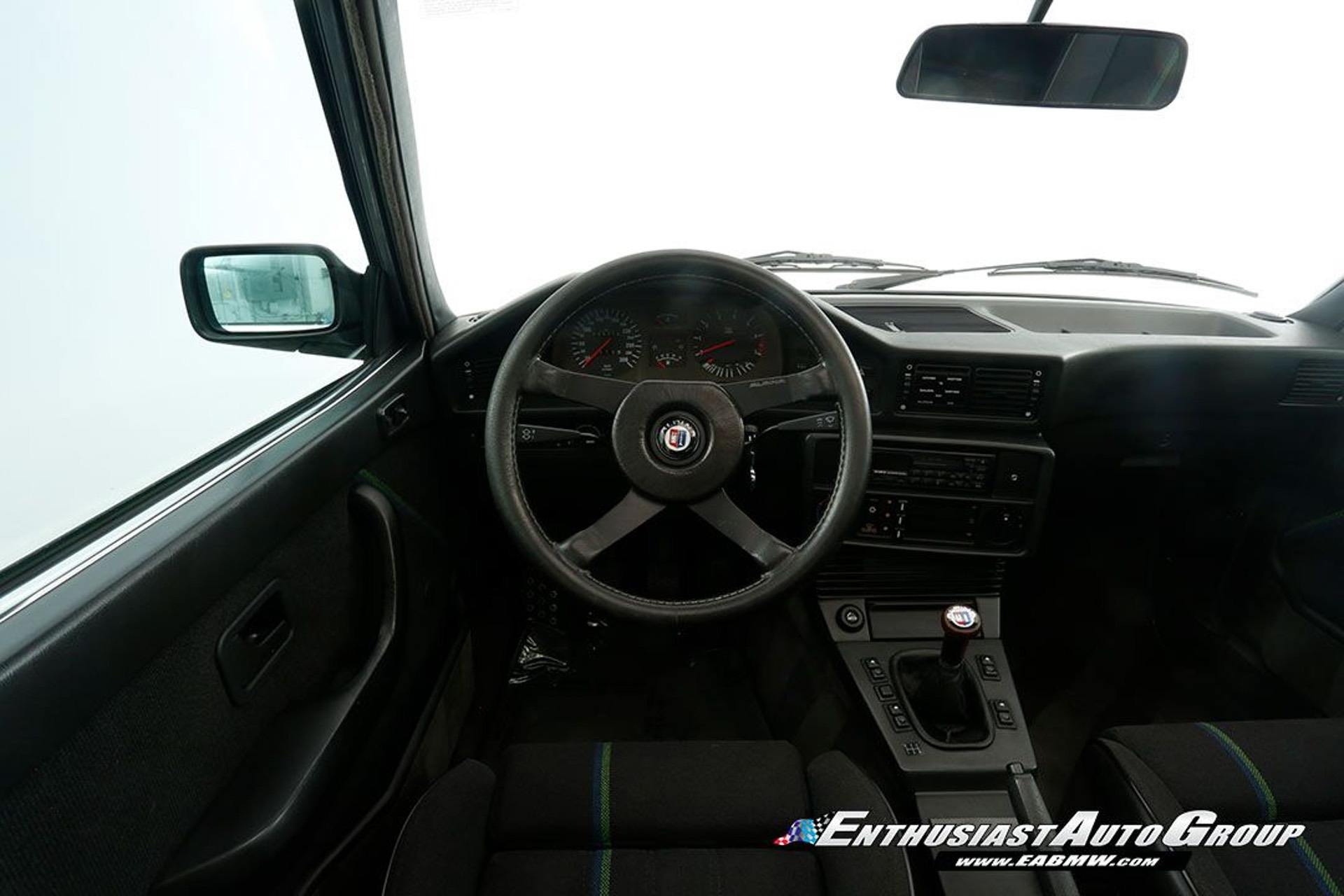 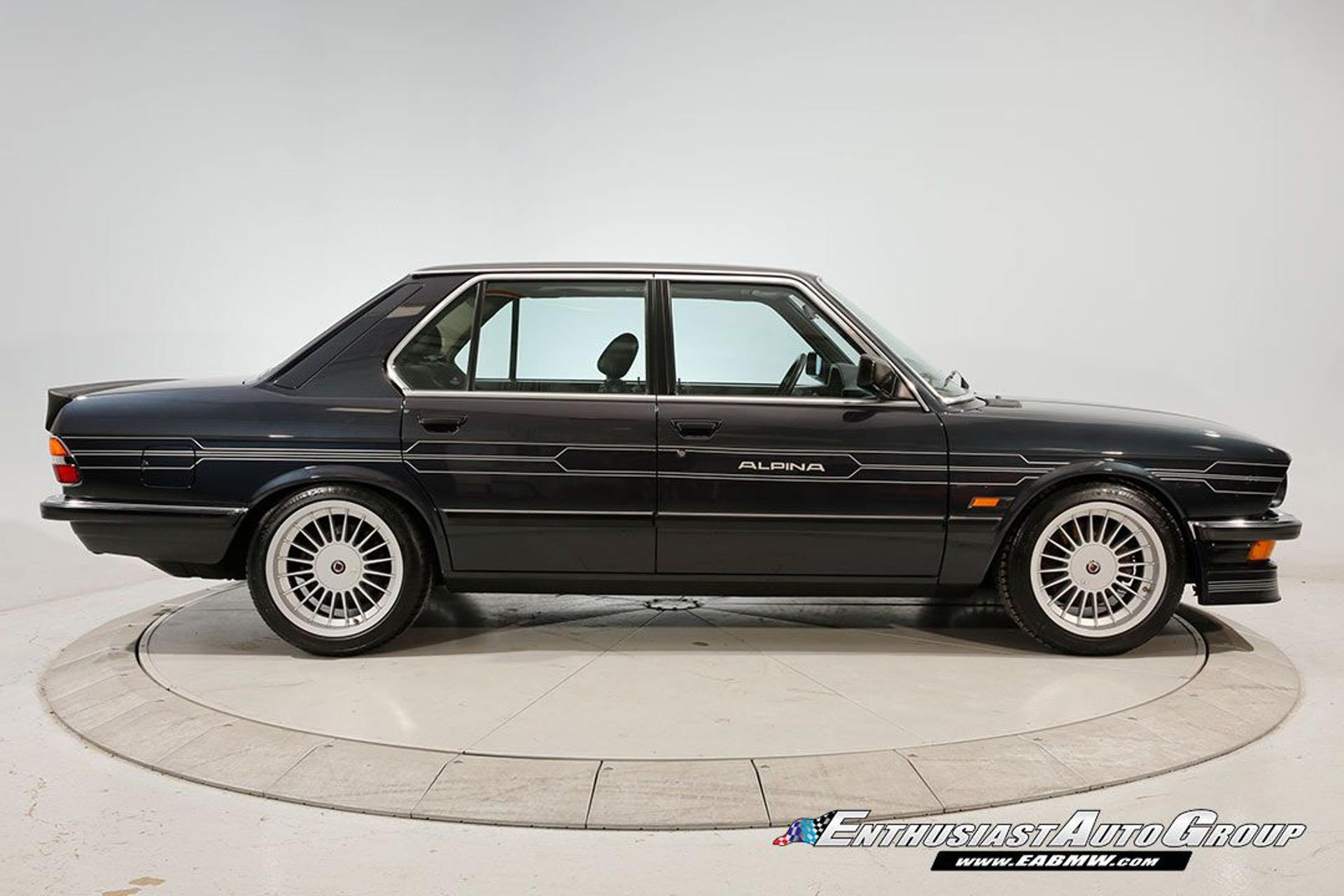 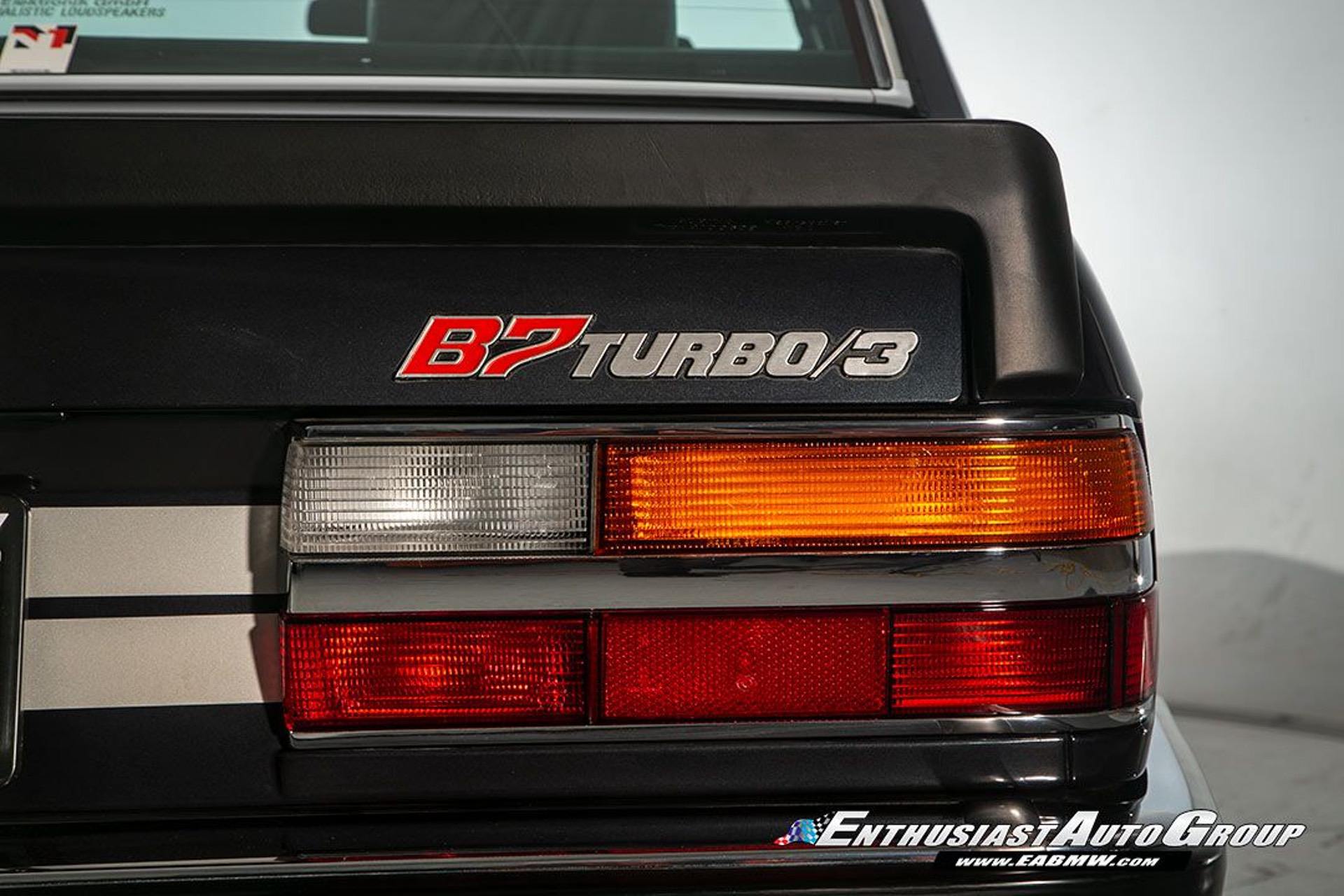 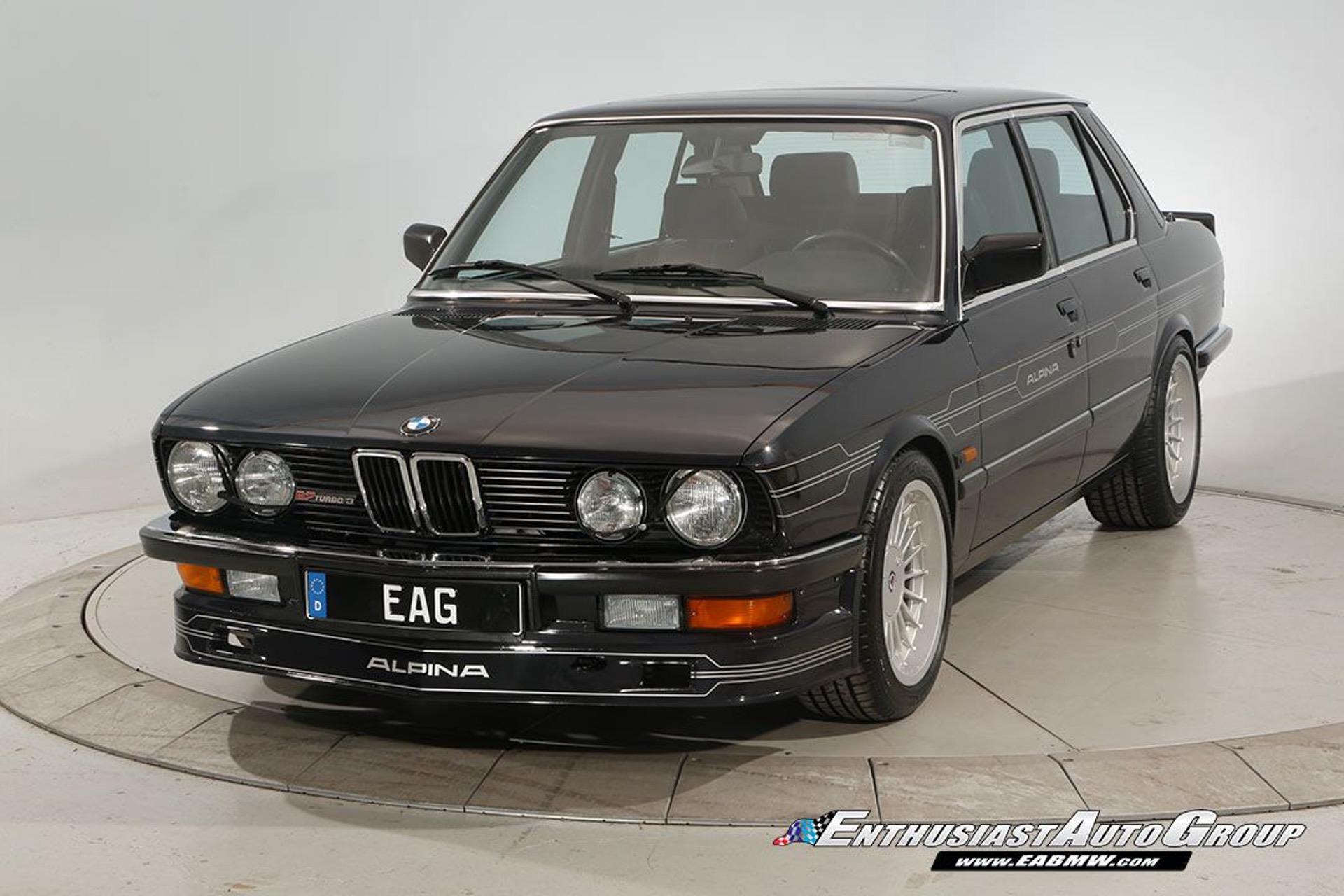 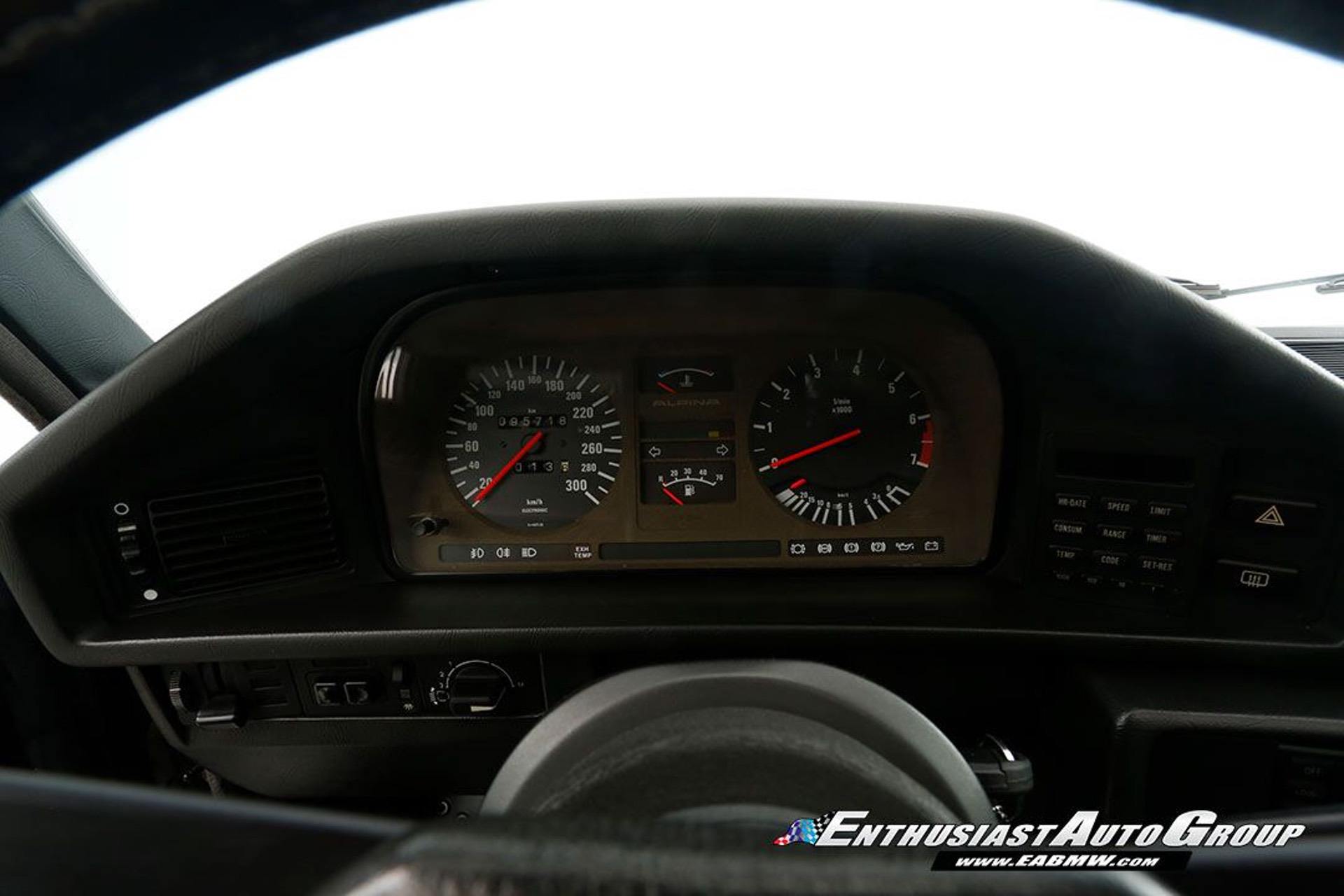 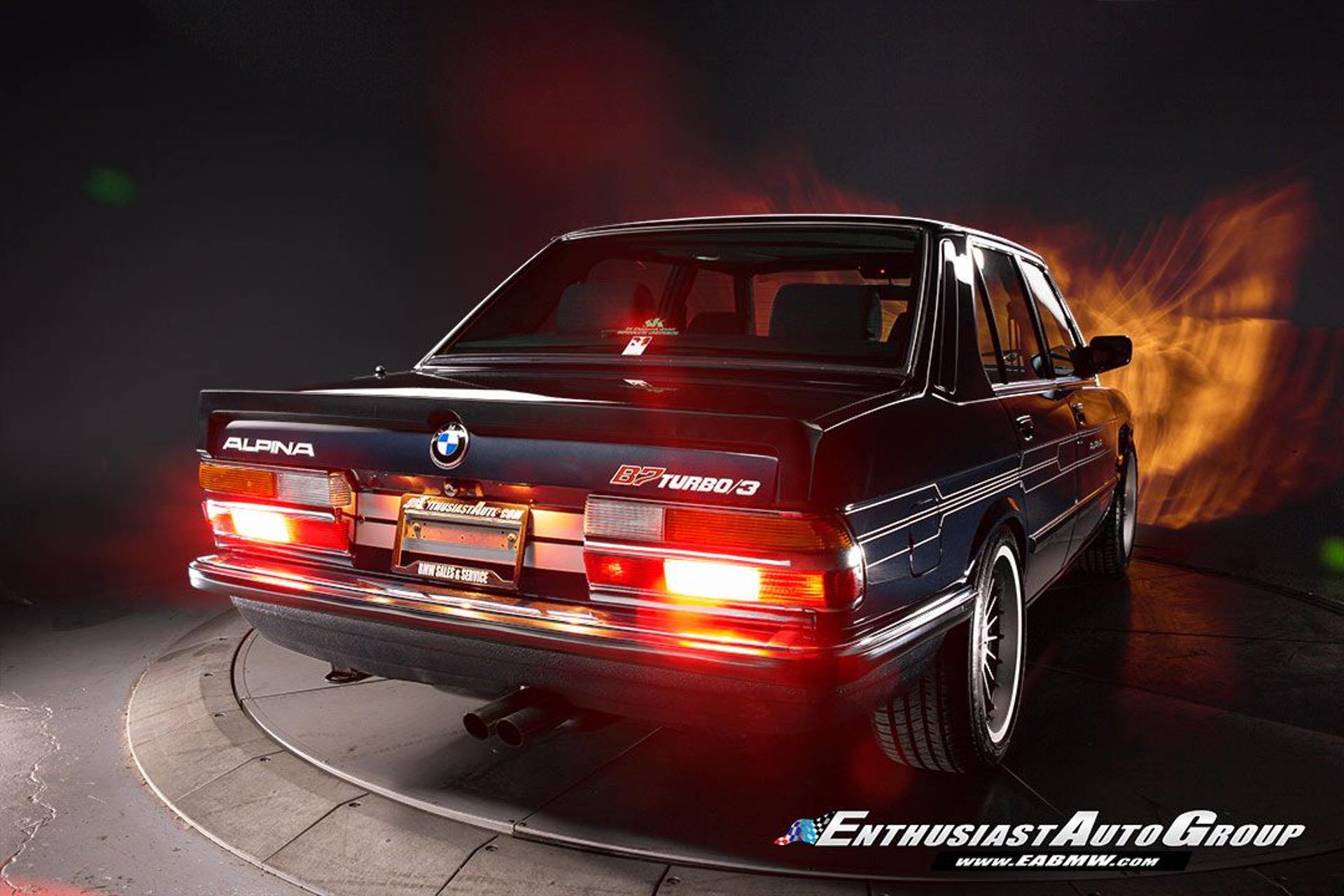