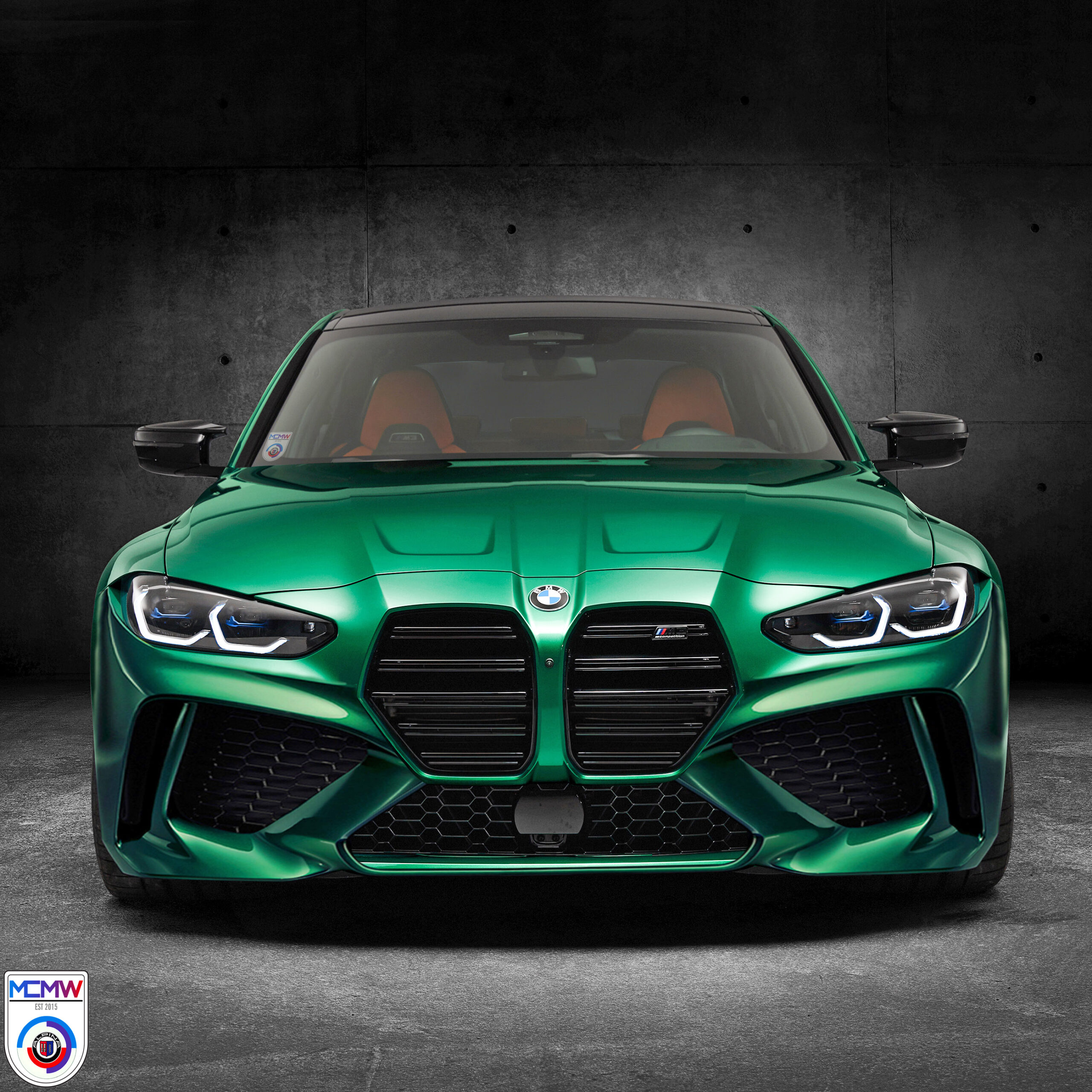 There’s no denying that the new grille design for the G82 BMW M4 is… controversial. You may love it, you may hate it but there are no two ways about it: the fanbase is very divided. That division has caused the fans that hate it to start rendering the car without its new mug. Quite often, actually, as several renders have already been created, with one brand even looking to potentially develop an aftermarket grille. This render artist has decided to create a new grille, a smaller one, but one that also fits the nature of the car.

Most renders slap 8 Series or 3 Series grilles on the new BMW M4 and call it a day. This artist, though, gives it an entirely new grille, one that’s designed to keep the same aggressive nature of the car, only smaller. To be honest, not only do I personally think it looks better but it also makes it look sportier and more aggressive. 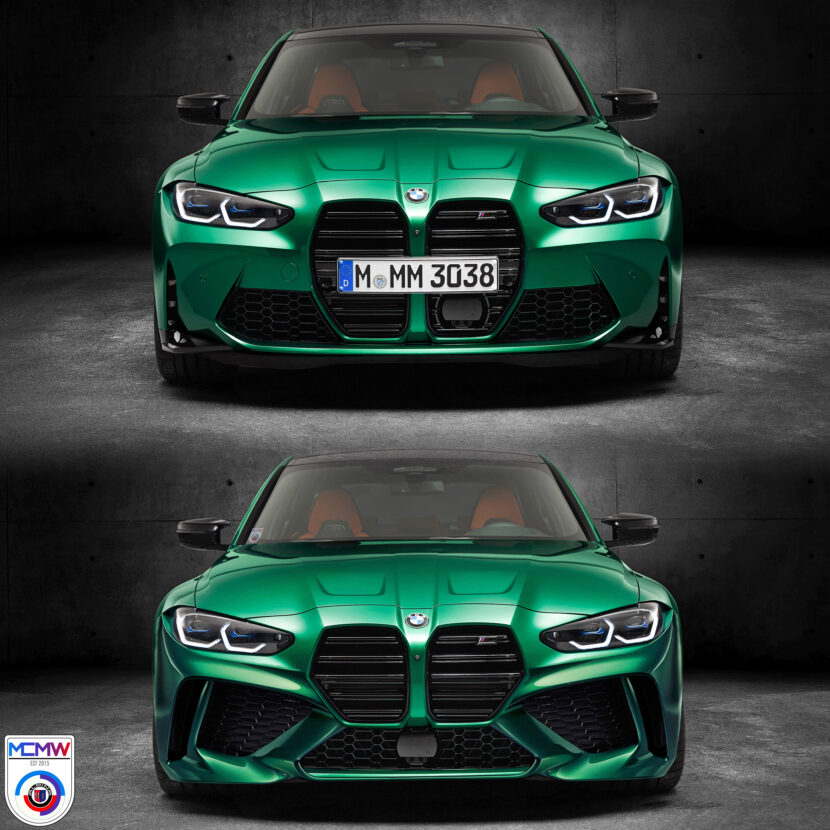 The same horizontal grille slats remain and the shape of the grilles at the top are the same. However, they become more angular as they work their way down and the stop quite a bit shorter than the stock car’s grilles. That makes the much shorter than stock but, because they’re also more angular, they actually look more aggressive. This also allows for a sportier front air intake to be added, giving it even more presence.

However, it’s still the shorter nature of the grilles that make them better in this render. Reason being is that the stock M4’s massively tall kidney grilles give it a very upright, almost truck-ish look at the front. That isn’t sporty. A sports car is supposed to have a nose that plunges down toward the road at the front. Think Jaguar F-Type. With the BMW M4, its grilles are so flat and upright that the entire front end looks like a brick, which makes it seem less athletic. 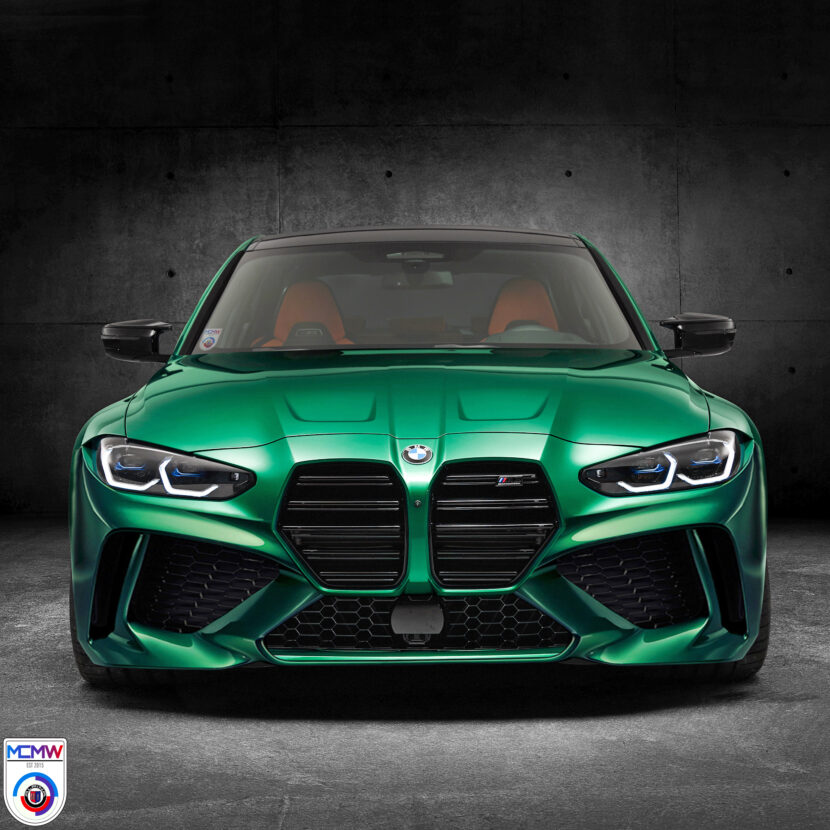 Audi had a similar issue with the second-generation R8, whose grille was also upright and flat, giving the mid-engine supercar a sort of truck-ish look at the front. Audi heard the complaints and changed it for the facelift and, while the front end is the same height, it’s visually much lower than before, giving it a much sportier look.

Same affect applies here. The stock M4’s grilles are too upright, while the render’s are shorter and less truck-like. So the car as a whole looks sportier. Maybe BMW pulls an Audi R8 and changes it for the facelift. Only time will tell.