Things are getting heated in the premium segment of electric cars. Mercedes-Benz has just announced no less than six new electric models which aim to compete across a wide range of segments. In the future, Mercedes wants to electrify its entire model range under the EQ label. The first six models are labeled Mercedes EQS, EQS SUV, EQE, EQE SUV, EQA and EQB.

Since the names are not yet as self-explanatory as the series designations that have been used for years for vehicles with conventional drives, it is worth taking a short trip through the Mercedes model range and nomenclature. The new models use the same logic as the EQC model, based on the mid-range SUV GLC.

The series designation follows the tried and tested model after the EQ as a reference to the electric drive. While the EQC has so far only been available as an SUV, unlike the planned EQS and EQE models, no further distinction is necessary. In the case of the Mercedes EQS as an electric alternative to the new S-Class sedan , there will also be an EQS SUV based on the GLS truck.

The electric E-Class EQE and the GLE variant EQE SUV come one class lower, while the Mercedes EQA is based on the GLA family. Naturally, the EQB uses the GLB as the base product. For particularly large space requirements, there is the Mercedes EQV based on the V-Class.

Production of the EQA is scheduled to begin this year, the EQB and EQS in 2021. Mercedes says the EQS will offer a driving range of up to 435 miles (700 km). 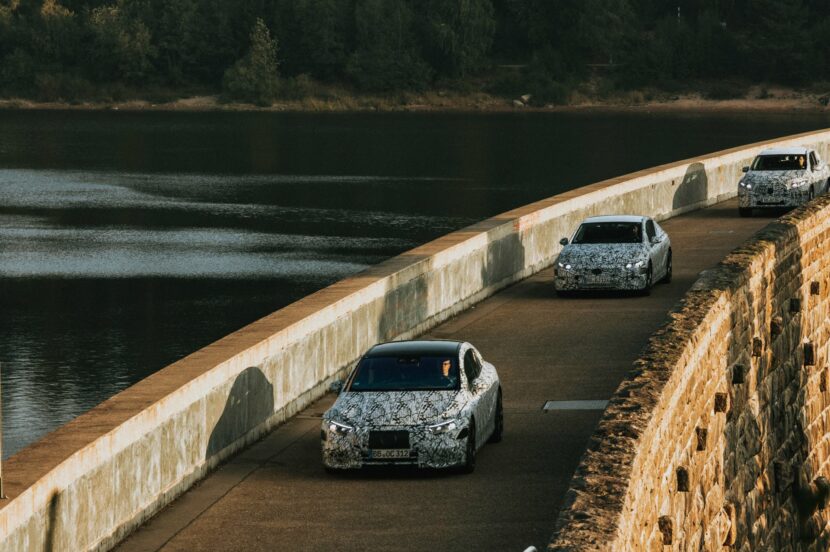 It is clear that the BMW Group is also one of Mercedes’ most important rivals in the field of electrified drives. Even if BMW has developed a lead in almost all model series with vehicles such as the i3, i8 and numerous plug-in hybrids, the Munich-based company will definitely not rest on their laurels.

Regardless of the products offered by the German automakers, they will all face a stiff competition from Tesla. The American carmaker is already a leader in two segments and is also planning additional products.