From what we’ve heard, the BMW i4 will be the most powerful version of the 4 Series, even more powerful than the upcoming BMW M4. Its dual electric motors and monster battery pack will delivery a whopping 523 hp, which will make it more powerful than the M4 Competition and its 503 hp. While that might upset some BMW purists, as M Division products have typically been the performance flagships, this is actually a good idea. The BMW i4 should be the most powerful 4er you can get.

The reason for this is that BMW needs to throw its electric muscle around, if it wants to be take seriously among the likes of the Porsche Taycan and Tesla Model S. So the BMW i4 needs to be a powerhouse of a car. Not only does it needs to have a ton of power, though, it needs to be the top dog. By putting the i4 ahead of the M4, it shows that BMW is serious about the future of electric performance cars.

Admittedly, even though the i4 will be more powerful than the M4, there’s a chance it could be a bit slower. It only has a few extra ponies but it will also weigh quite a bit more, thanks to the massive heft brought on by batteries. Let’s take a look at the Porsche Taycan 4S, as an example. The Taycan 4S packs about 40 more horsepower than the i4 will and should weigh about the same. The Porsche gets fro 0-60 mph in about 3.8 seconds, which is mighty quick. However, the BMW M340i does the same time (even quicker in some hands) with just 382 hp.

So if the M340i can match a Porsche Taycan 4S that has almost two hundred more horsepower, than the BMW M4 with the equivalent horsepower should be significantly faster. That’s not a problem, though, as the two cars have different strengths. Plus, most customers don’t remember 0-60 mph times like we all do. So, for customers, seeing that the BMW i4 is the most powerful 4 Series will instantly give it the street cred to be considered a proper performance car. 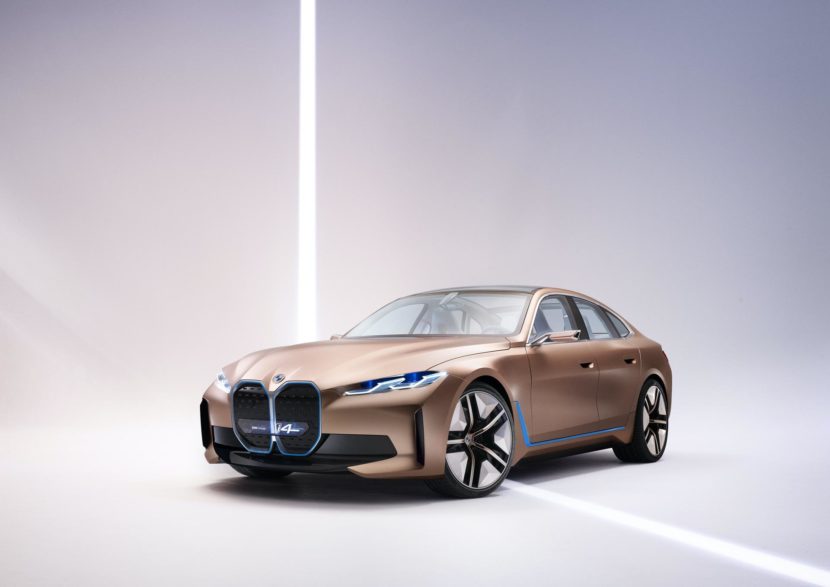 Which is why BMW is smart to make the i4 the most powerful 4 Series model available. The BMW i brand needs to become the priority, receiving most of the BMW Group’s attention moving forward. The i Division is the future and BMW is wise to treat it as such.