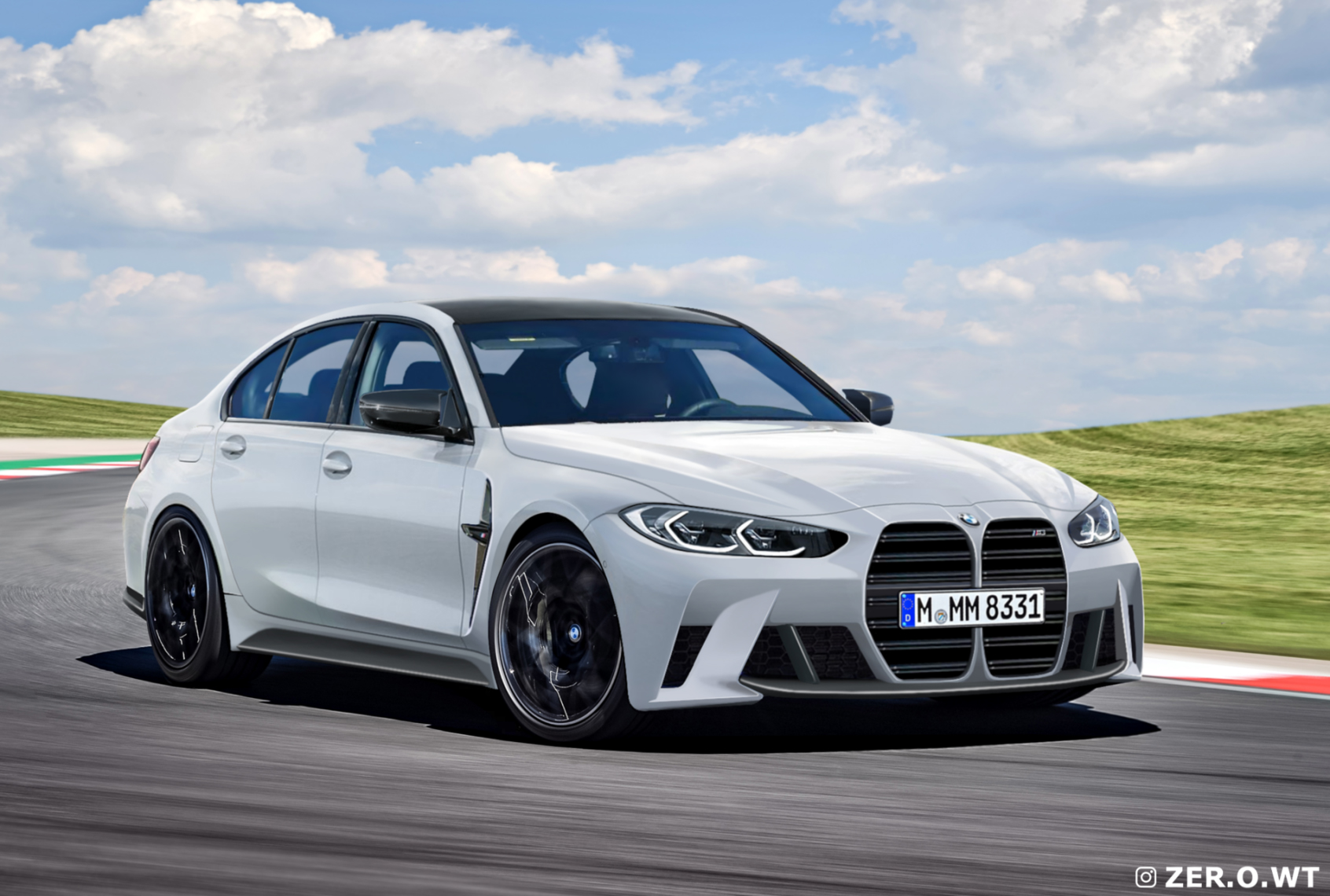 We’re in September which means the official unveiling of the G80 M3 and G82 M4 is closer than ever. The will be unveiled on September 23rd and we can’t wait not just to see them but also drive them. The G80 M3 was also recently spied out on the usual BMW proving grounds, punishing tires as it went for another hot lap. This time round, the prototype seemed production ready and it should be since the testing phase is nearly over by now.

The new G80 M3 will mark a series of premieres for the iconic model. It will be the first one to feature such a huge grille, for one thing. In case you didn’t know, the rumor saying the new M3 and M4 models will get a huge set of bars up front turned out to be true and even this prototype shows it.

Yes, the giant nostrils are coming and there’s nothing we can do about it. Love it or hate it, this is what the M3 will look like. Let’s just hope the driving will more than make up for it.

Related: Which to Buy: BMW M3 Touring or ALPINA B3 Touring?

With the S58 3-liter straight six lurking under the hood chances are the G80 M3 will do right by those wanting some serious performance. Both the M3 and M4 will be available in two power flavors: 480 and 510 HP. They will come with an 8-speed automatic gearbox and all-wheel drive too, this being a first for the M3 badge in over 30 years of production. Fret not though, BMW has gone the extra mile to also make available a manual, rear-wheel drive option for those who want it.

The cars will arrive in dealerships in 2021 though and that’s for the best. After all that’s happened in 2020, this year doesn’t deserve to host the first deliveries of these upcoming M cars. Don’t forget to subscribe to our Youtube channel as well!