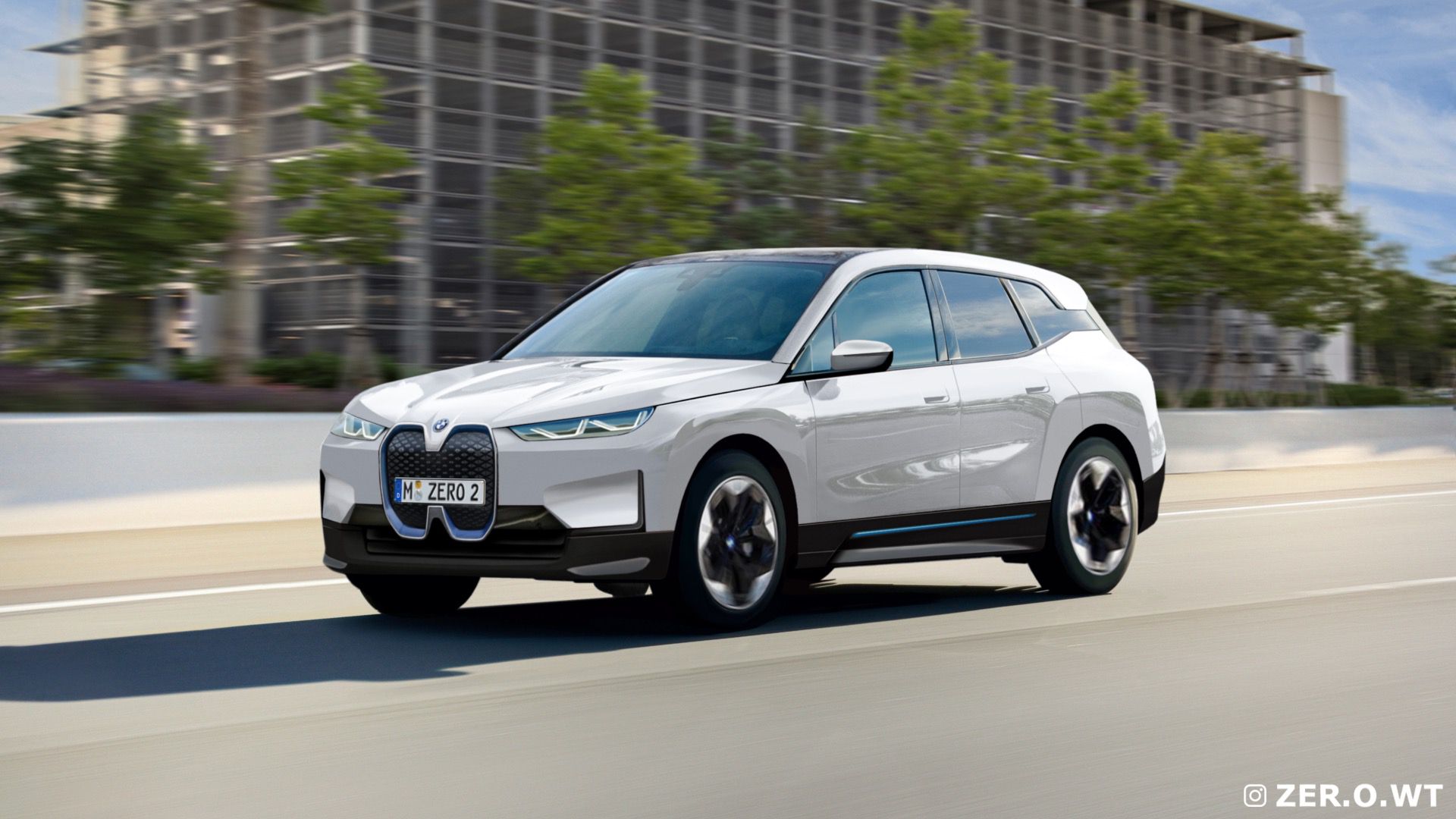 We are still a few months away from the official unveil but the testing phase for the BMW iNEXT (iX) continues at full speed. Earlier this week, spy photographers have scooped the forthcoming iX electric SAV during city testing in Munich (you can see the photos here).

The heavy cladding of the early test prototype is now gone and new styling details are revealed for the first time. The future iX will sport an aggressive front fascia, characteristic by the upright grille with filled mesh design. There are also horizontal, streamlined headlights that connect to the kidneys on each side. The creases of the engine bonnet are also looking spectacular.

The front bumper will feature a typical BMW i aerodynamic, that’s set to reduce the drag as much as possible and thus improve the electric range of the model. Most of the front area of the new BMW iX will be packed full of sensors, radars and cameras for ensuring the autonomous driving capabilities.

For the BMW i halo model, new Aerodynamic Wheels with 20″ to 22″ diameter will be developed, that further reduce drag, improve the electric range and also deliver an outstanding visual effects. The iX will also feature a typical BMW i C-pillar, that starts to become a recognizable design motif.

We’ll see how the Hofmeister Kink shapes up, but from beneath the camouflage, it does not look controversial at the moment. In terms of sheer size and given the crossover looks, the new BMW i flagship model will stand between somewhere between the iX3 and the X5.

The design cues of the rear area are not entirely traceable, but the wide-opening tailgate is confirmed, as well as a dynamically curved back end. We have yet to see the definitive shape of the tail lights, but they’ll most likely be similar to the ones on the Vision iNEXT showcar, albeit toned down and slightly reinterpreted.

We already reported that three versions of the iX will be available, covering the range from 300 hp to 600 hp. The xDrive chassis will, of course, be standard on all flavors. The iX will also premiere the BMW Natural Interaction, a new innovative way to communicate with the car by means of touch-sensitive interior surfaces.

Among other features, the new BMW iX will also bring the Curved Display, the polygonal steering wheel and the Intelligent Glass Control.