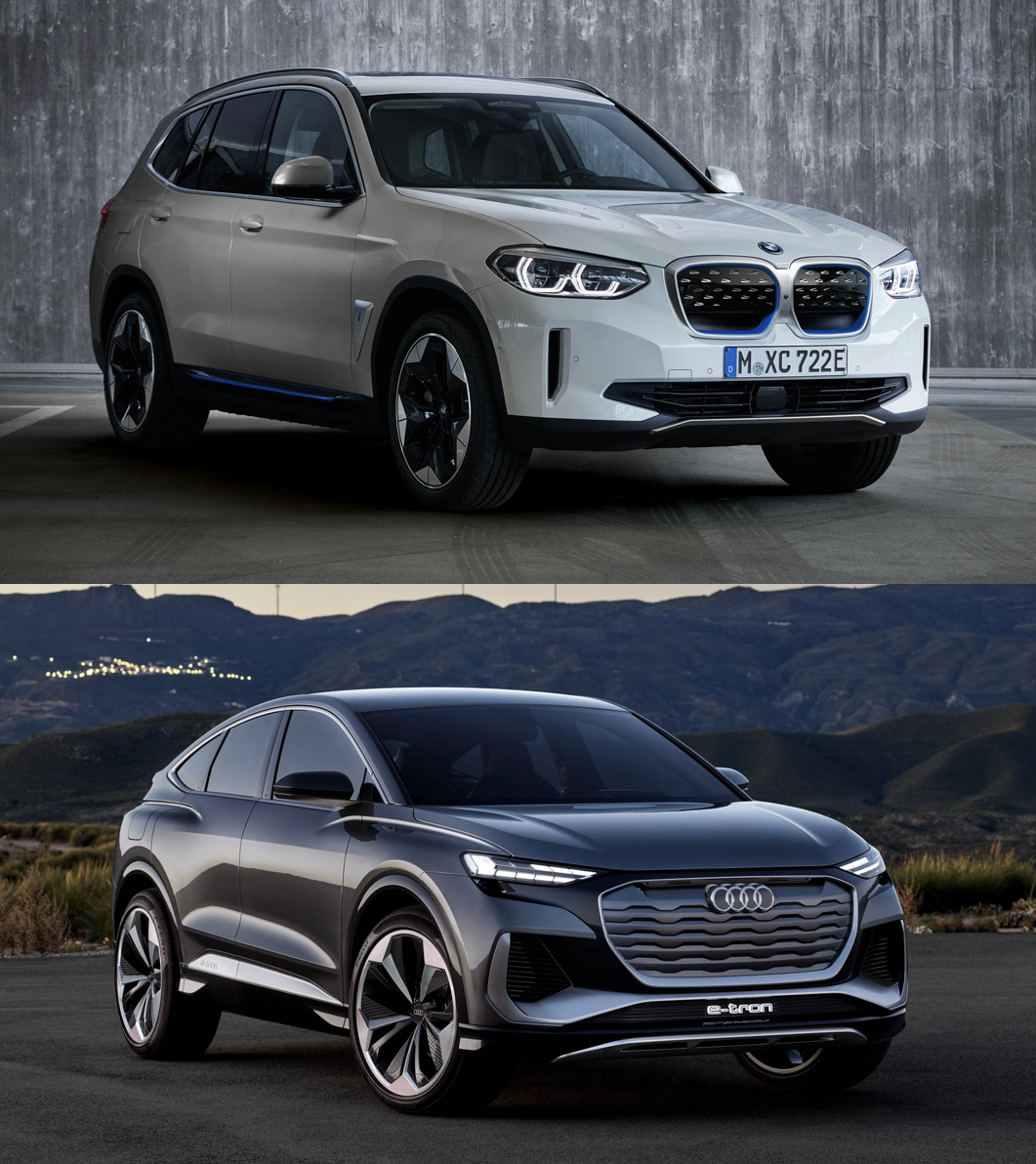 Right after the launch of the Audi Q4 Sportback e-tron, we compared its styling to the BMW iX3 Concept. Now, though, the official BMW iX3 has been revealed and, surprise surprise, it looks just like its concept car. So we thought we’d compare the two again, just to see if there are any interesting differences and also because the Q4 e-tron production car is also going to look like its own concept.

One thing that’s immediately clear is that the Audi Q4 e-tron looks far more like an electric car than the BMW iX3. The latter looks like a standard X3 with some blue bits and a different grille. While that’s not a bad thing, as it’s still a handsome car, it isn’t as exciting or as interesting as the Q4. Having said that, the iX3 will likely be an easier sell to customers that have never owned an EV before. It’s a smoother transition over to electric mobility than the Audi Q4.

Both do have some interesting similarities, though. For instance, both cars keep their brands’ traditional grille designs, despite not really needed a functional grille (though, Audi still uses one to cool the batteries). Both also have specifically-designed aerodynamic wheels.

However, they have far more differences than similarities. The BMW iX3 is much more of a traditional crossover because, well, it’s based on one. The iX3 is really just an electrified X3 and BMW hasn’t tried to hide that. While the Audi Q4 is an entirely new electric vehicle, built on a bespoke EV chassis. Because of that, it’s proportions are entirely different.

The Audi has shorter overhangs (unusual for Audis, which are typically front-wheel drive-based), more muscular wheel arches and a built-in rear spoiler. So it’s also the sportier looking car of the two.

Is there a clear-cut better looking car? I’m not so sure because they’re so different. Personally, I like looking at the Audi Q4 Sportback e-tron more, because it’s more visually interesting. In reality, I like a more subtle looking car. So, typically, the iX3 would be more my style.