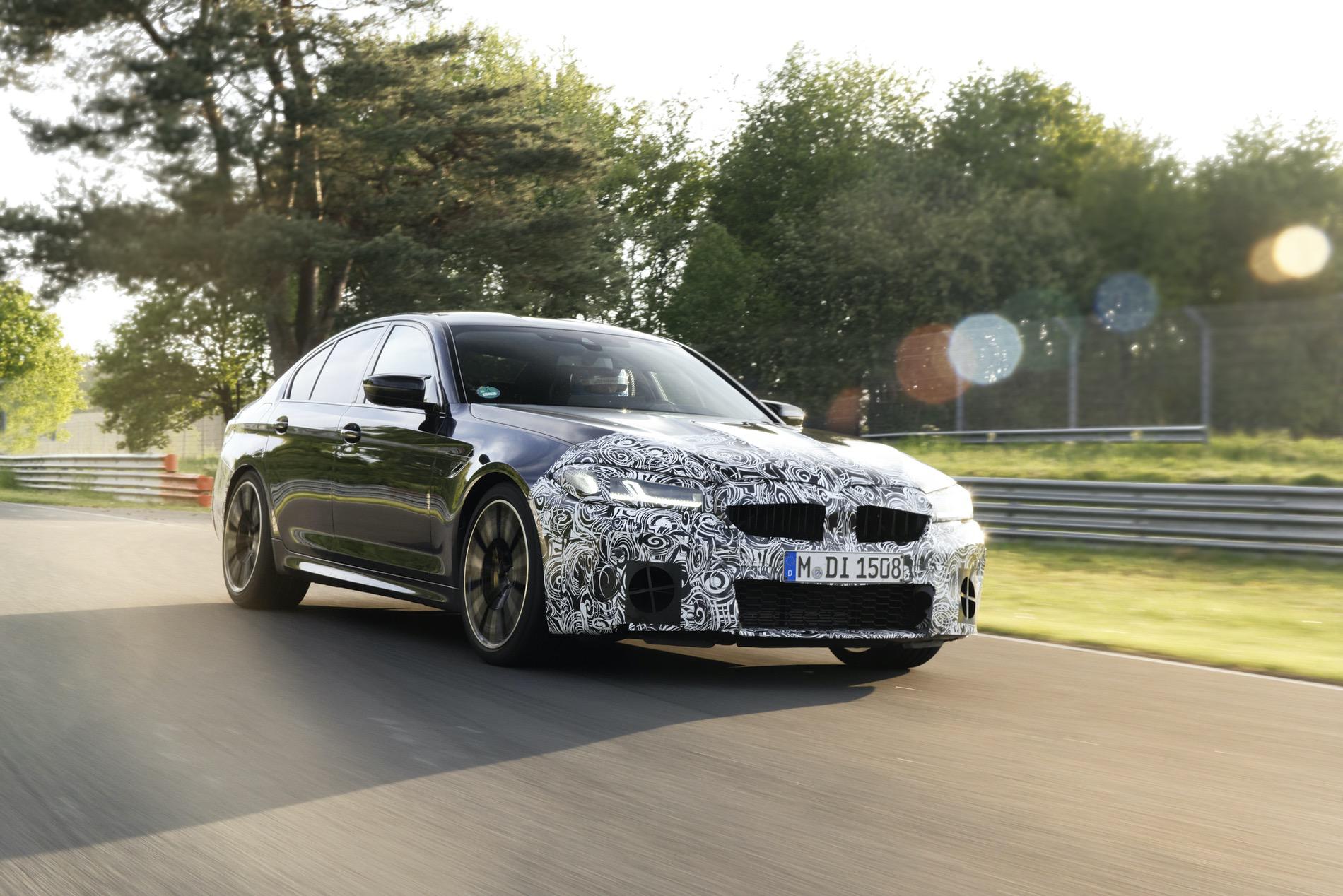 On the evening of June 16th (US time), BMW will finally unveil the 2021 M5 Facelift. The car has been teased for months and now it’s time to grace us with its presence. But before that, BMW has put together a set of M5 “official spy photos” captured on the Nurburgring. Of course, the idea behind this photoshoot is to emphasize the athletic qualities of the business sedan which can be a great companion on and off the track.

Of course, design wise, the 2021 BMW M5 Facelift will follow the lines of the refreshed 5 Series. Expect to see new headlights and taillights of the 5 Series LCI, along with the modified kidney grille and front aprons. The most important update at the front is undoubtedly the flatter headlights with their completely new daytime running light design. In place of the slightly angular daytime running light rings, which open towards the kidney, there is a new L-shaped design which is only rudimentary reminiscent of the double round headlights of earlier days. 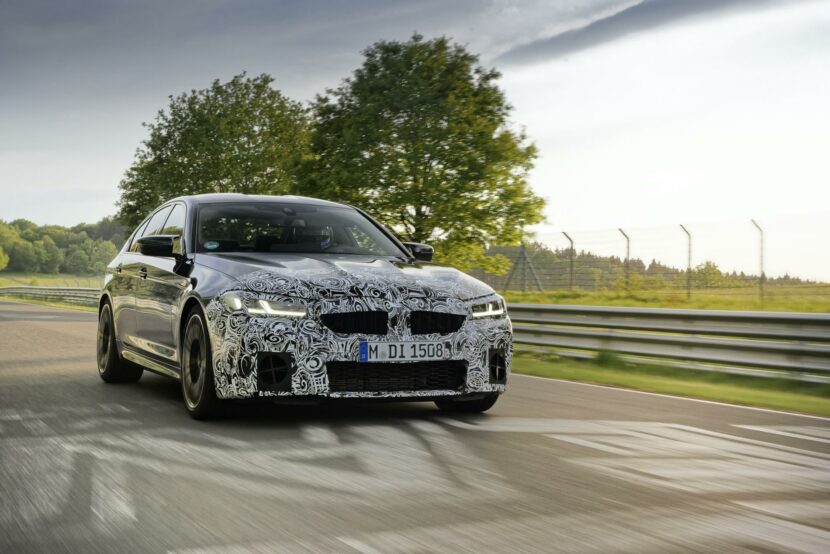 In the back, the taillights’ graphics have also changed. The previous design has been replaced by a homogeneously illuminated L-shaped lamp, which further emphasizes the width of the rear and makes the 2021 BMW M5 look even more modern.

At first, the new 2021 BMW M5 Facelift will come in the two, well-known power stages: standard with 600 PS (592 hp) and Competition with 625 PS (617 hp). Towards the end of the year, an all-new, sharper M5 CS could likely be premiered, sporting further lightweight CFRP materials, more aero-optimized parts, a tweaked chassis and more power. 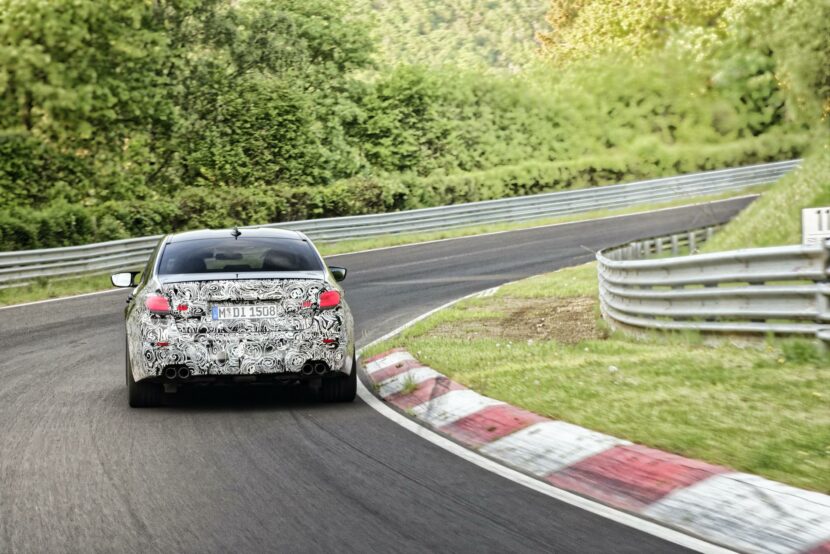 A camouflaged prototype of the forthcoming M5 CS was also recently spotted while undergoing speed testing at the Nurburgring. We expect the first units to arrive in customers’ hands this Fall. 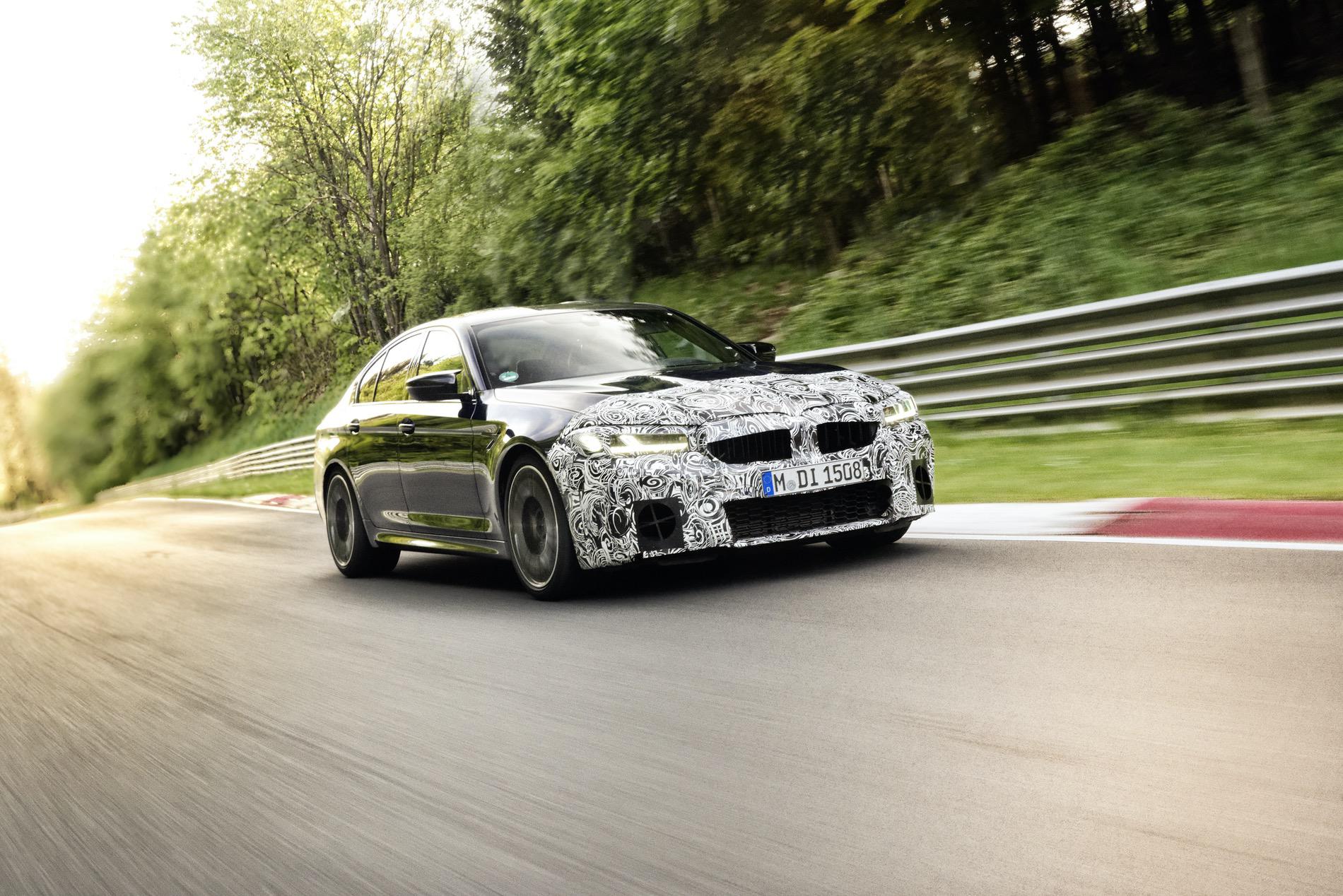 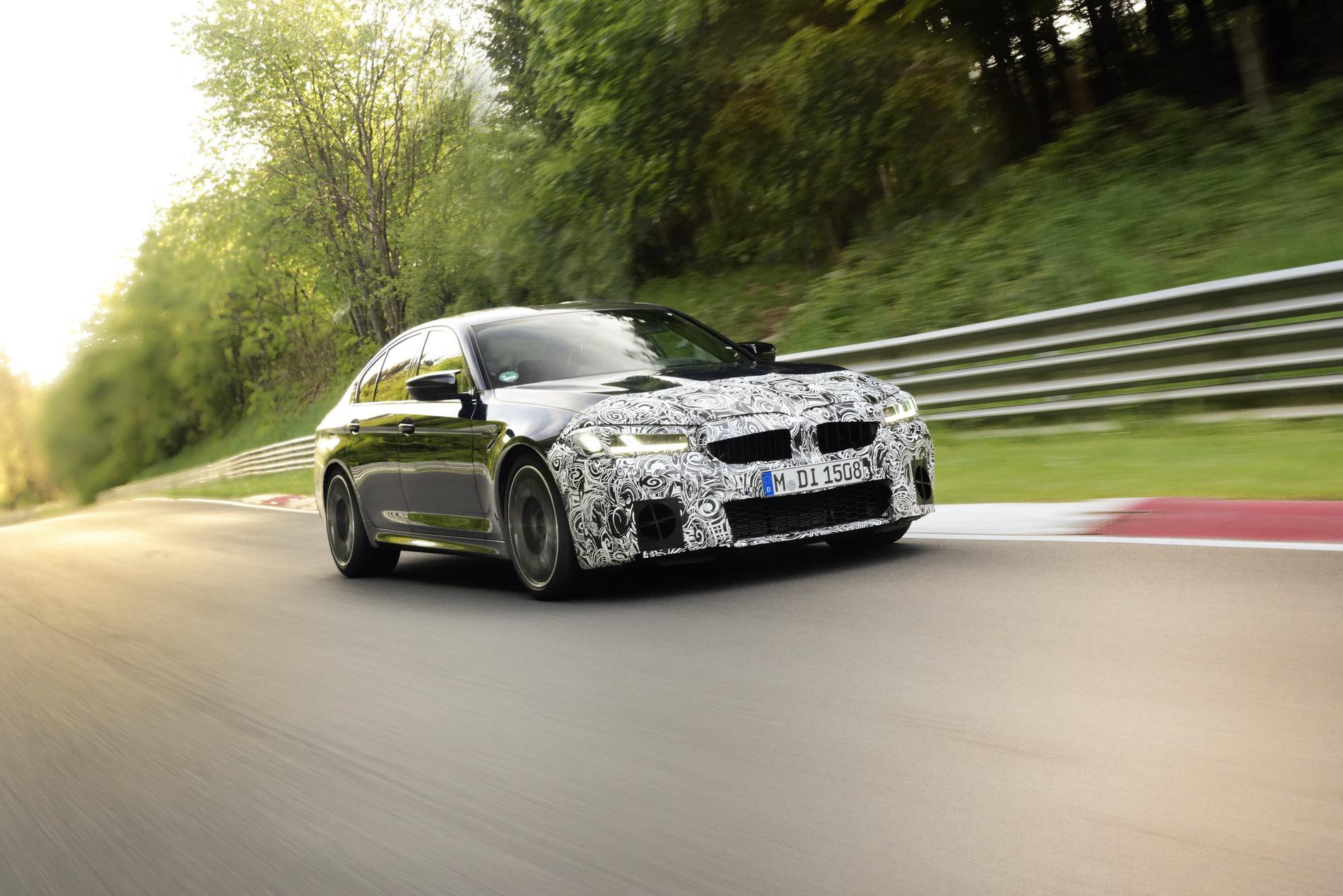 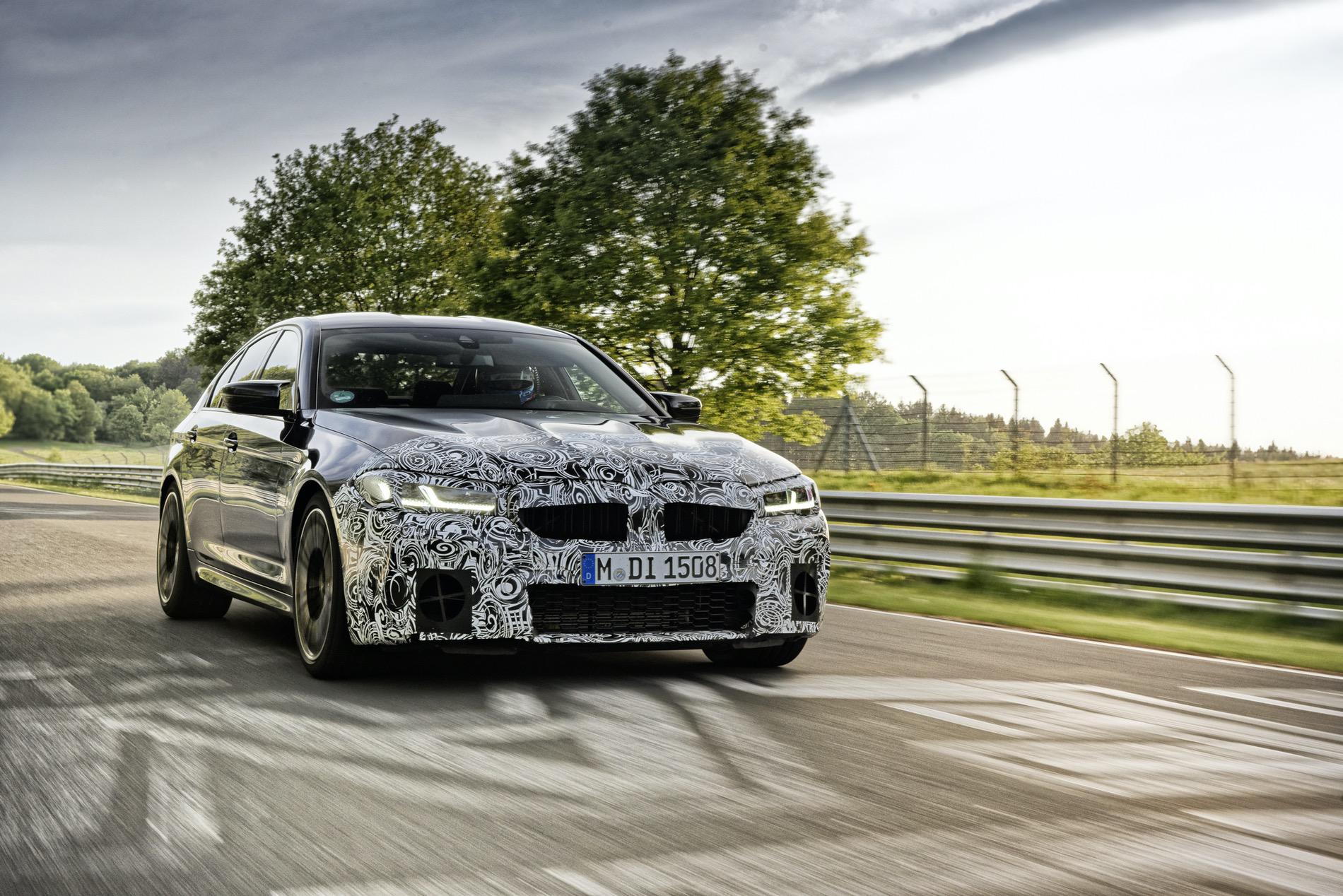 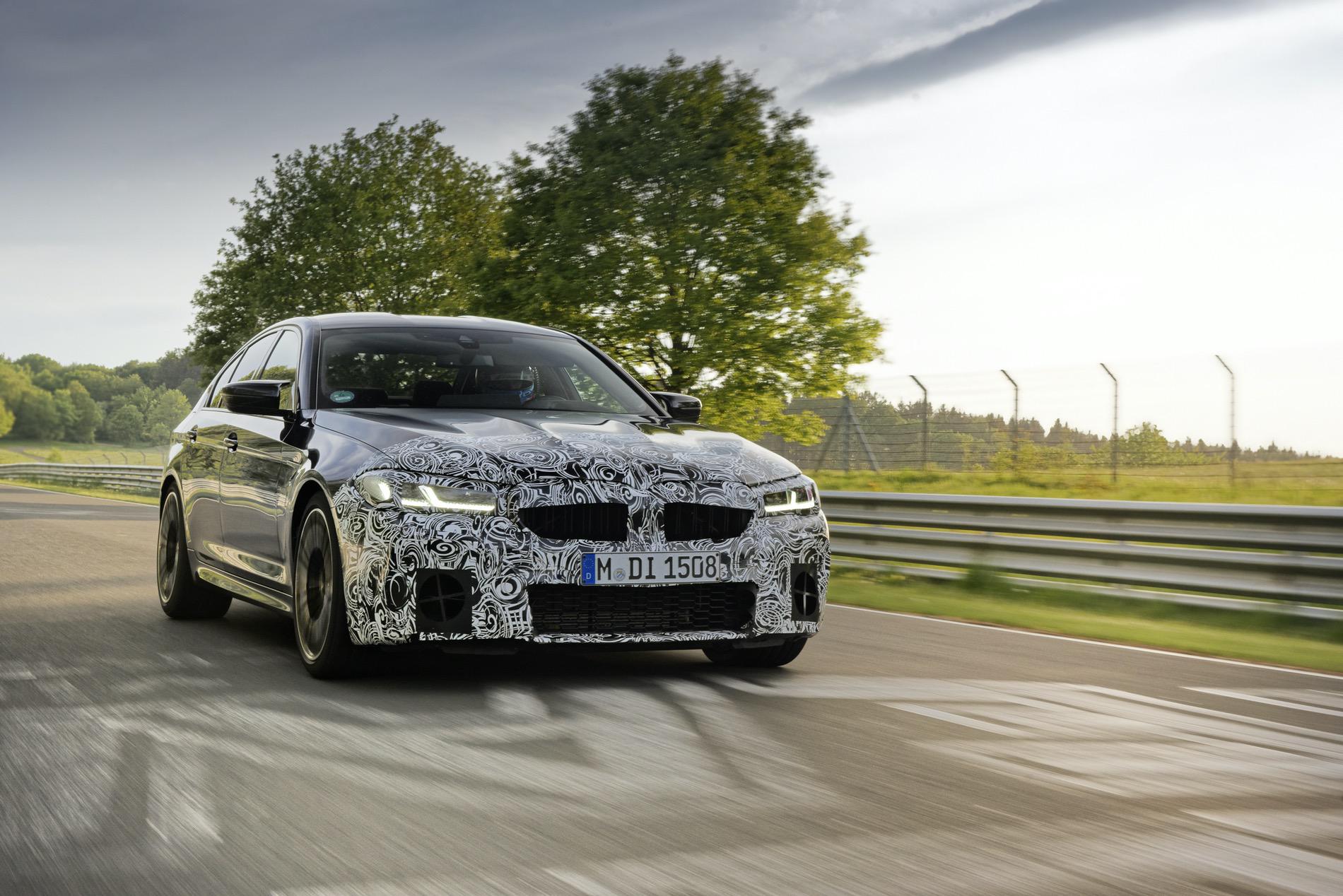 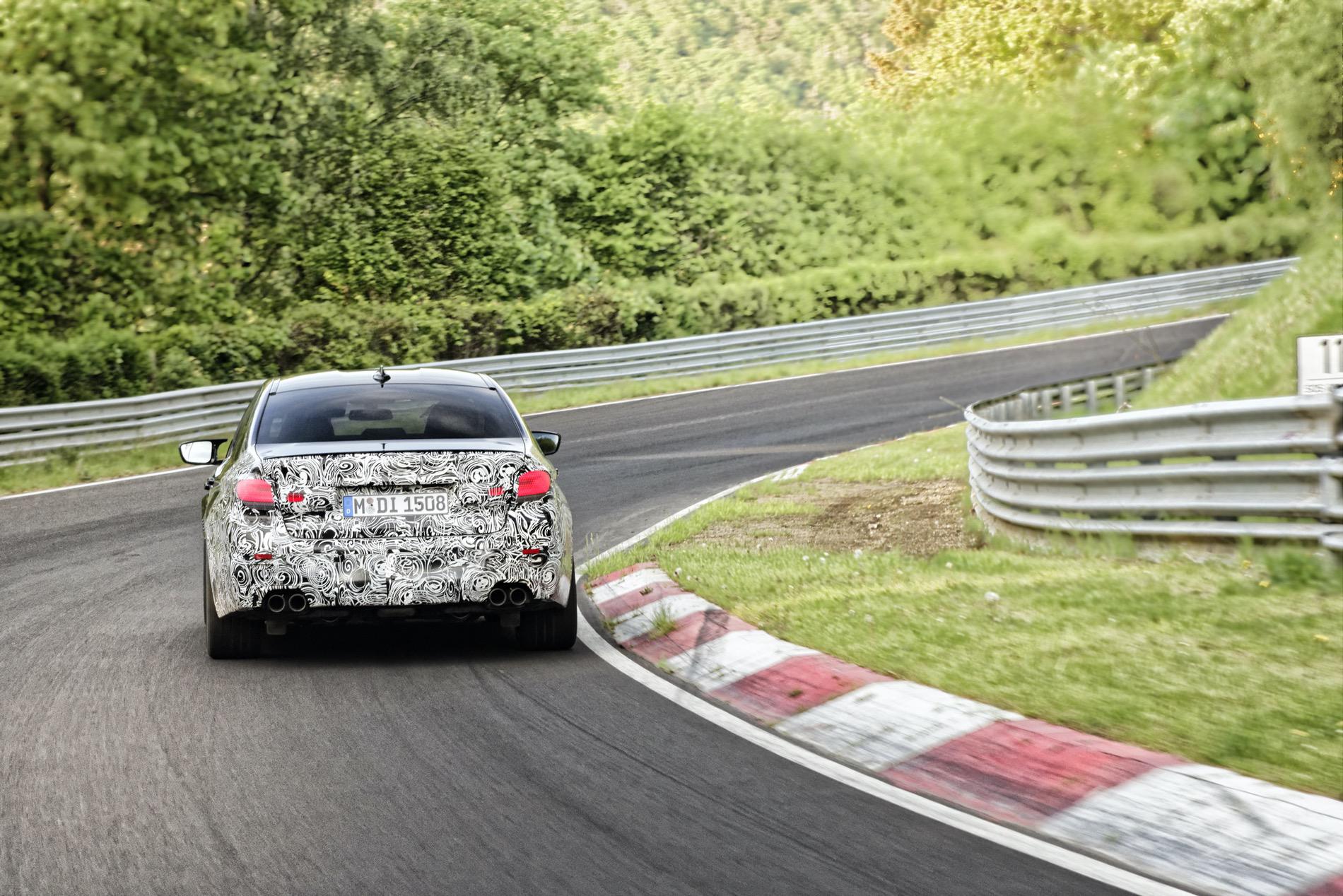 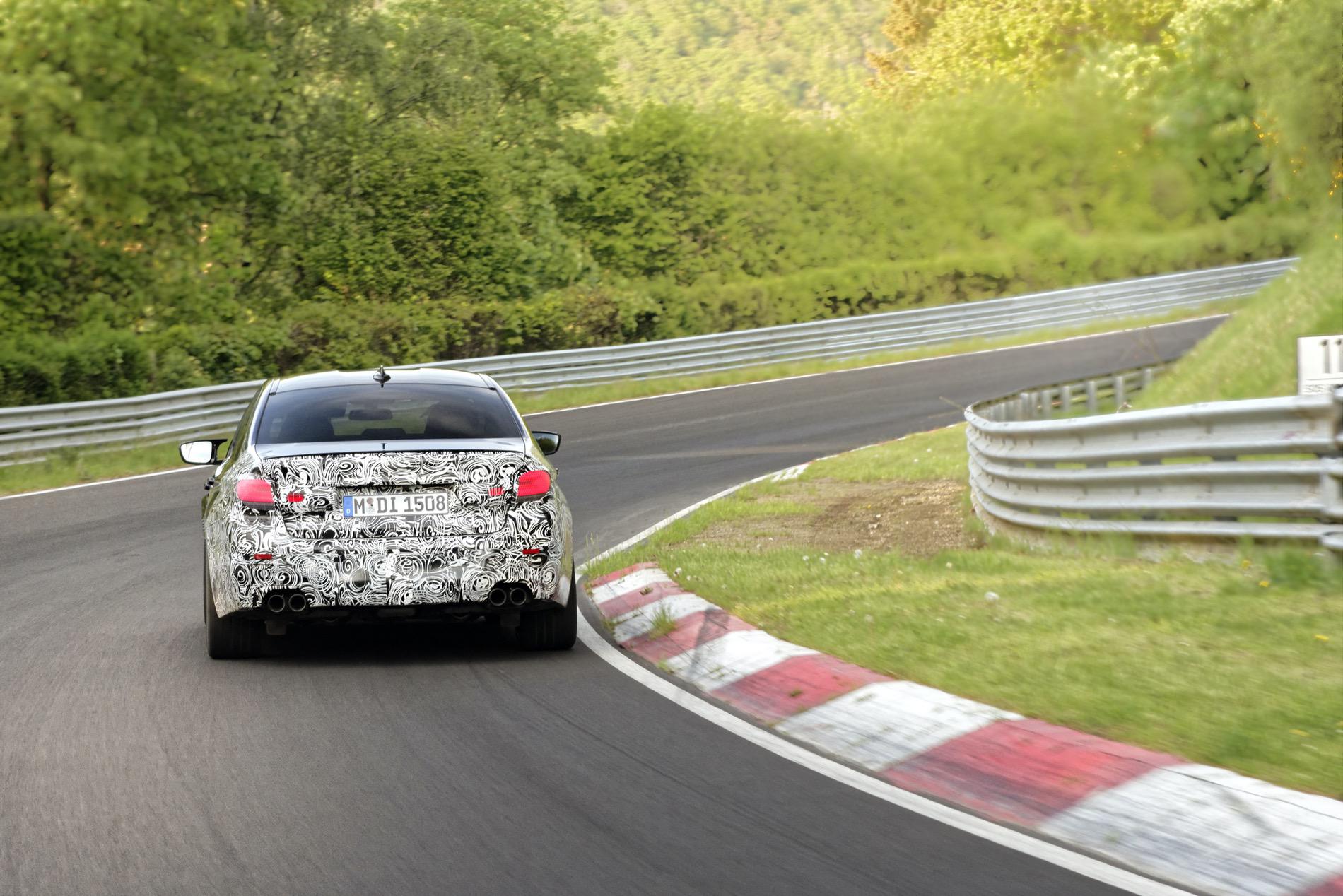 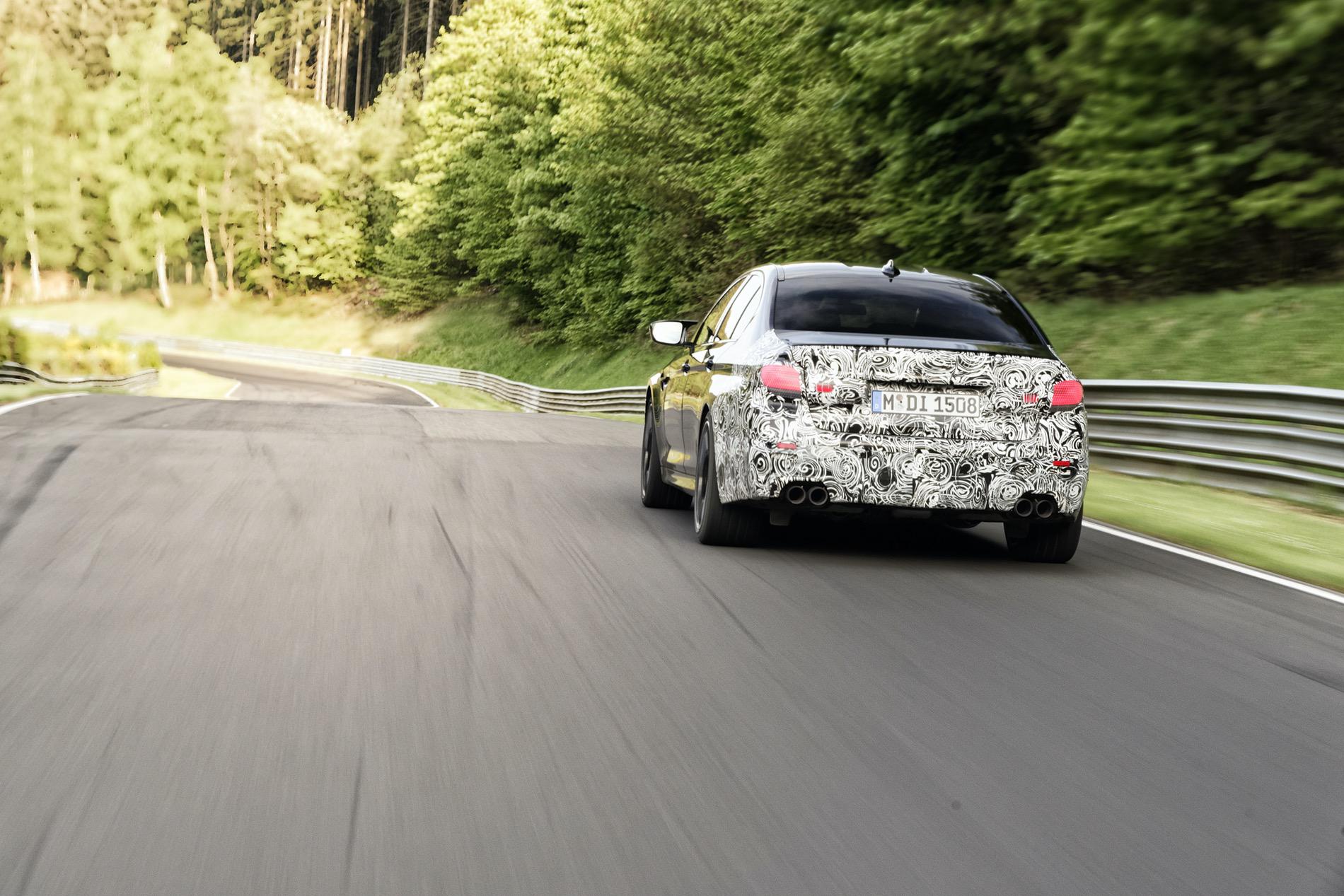