There’s no question in any BMW enthusiast’s mind that the old BMW M140i was a better driver’s car than the current BMW M135i. It simply had a better layout (See: RWD), which was better set up to deliver thrills than the new model. And yet, the new model might just be the better car overall. How? We explained it all in our reviews of the new 1 Series, which comes with better practicality and more technology than before.

However, we’re still curious to see how the two compare from a performance point of view. The video below proves a good point, to be honest. It shows the BMW M135i being compared against the M140i in three different scenarios: standing drag race, rolling drag race and a brake test. An important factor at play here is the weather as the three tests are being performed on damp (or better said wet) asphalt. 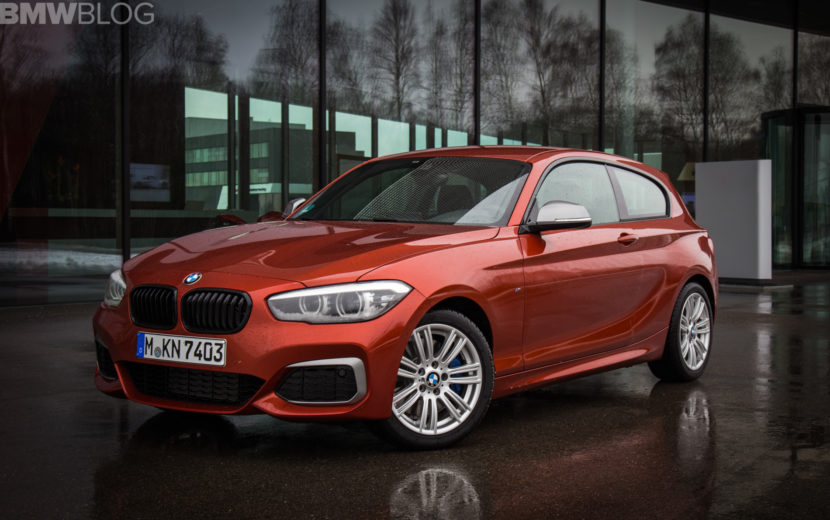 To make things even worse for the older car, the M140i is a RWD model, not the all-wheel drive version. Therefore, putting the 340 HP and 500 Nm (369 lb-ft) of torque down will prove an issue, especially from standstill. The BMW M135i xDrive on the other hand should do just fine, thanks to its all-wheel drive setup. The 306 HP and 450 Nm (332 lb-ft) of torque should arrive on the ground rather nicely.

The end result confirms my theory and the M140i proves its worth throughout the three tests. In the standing drag race, the M140i was left behind at first but it managed to make a great comeback and crossed the finish line just 0.01 seconds faster than the M135i. In the rolling race the difference was even bigger. What surprised me though was the brake test, where the M140i won again, even though in terms of kerb weights the two are not that far apart.