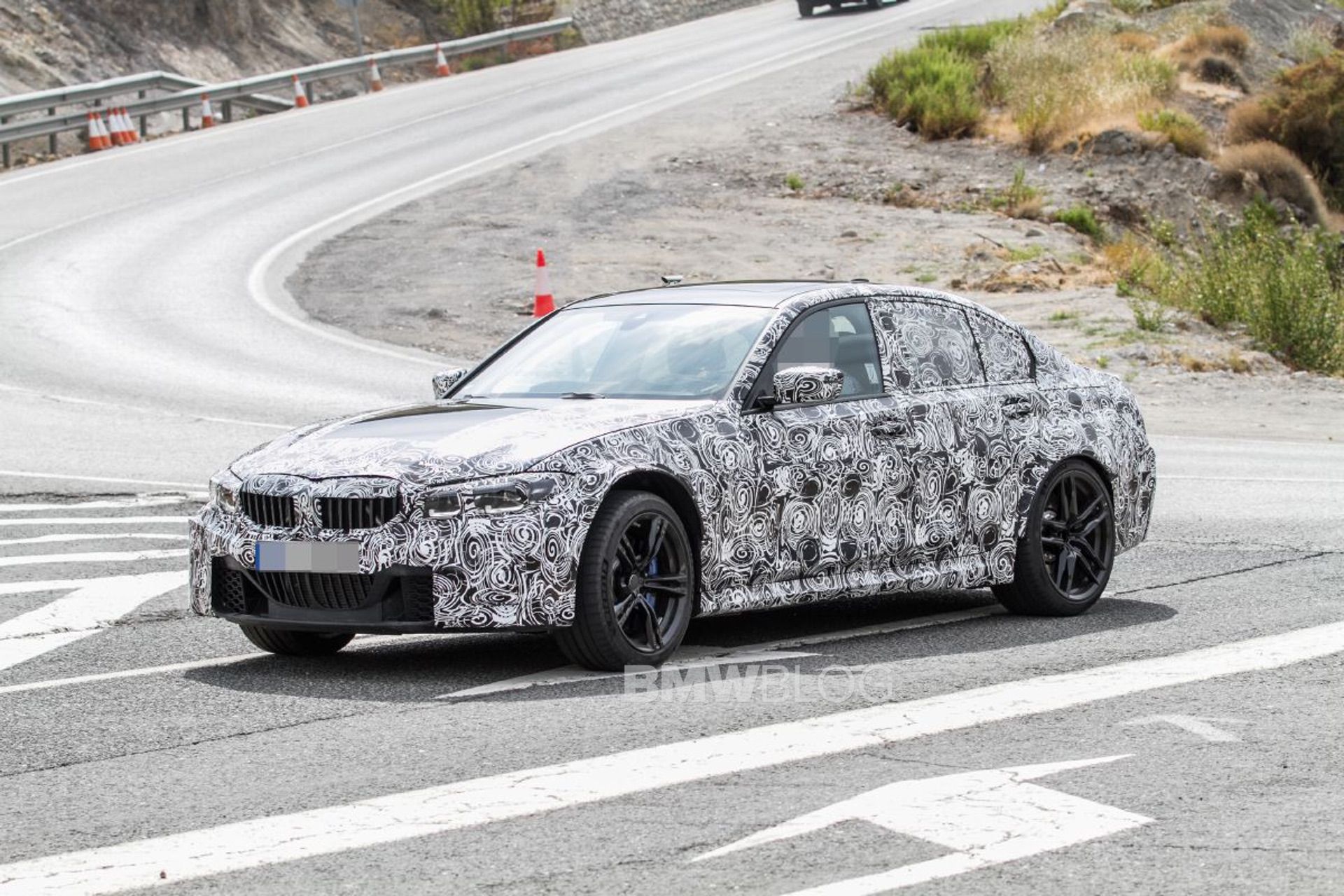 I don’t know about many of you but I for one am optimistic about the upcoming G80 BMW M3. Sure, it will have a grille like Gary Busey but it’s for sure going to be the most dynamic and capable M3 ever made. It will be faster than ever before, more agile than ever before and more usable than ever before, that last part owing itself to the car’s new xDrive all-wheel drive system. It will also be the first M3 to ever break into the 500-horsepower club. So you could say we’re a bit jazzed about it. Even more so after watching this new spy video, posted below.

In the video, we see the G80 BMW M3 driving around the outskirts of the Nurburgring, before heading out onto the actual track for some hot laps. From what we can see, it looks very good. Forget the grilles for a minute, the rest of the car is shaping up nicely. I mean that literally, the shape of its new curves adds so much more muscle and athleticism to the look of the 3 Series. The G20 3er is already a good looking car and the M3 adds even more presence, thanks to its wider rear fender flares, aggressive aero and lower ride height.

Sounds good, too. You get to hear a warm start-up, as it stops for fuel, and it has a deep, burbly bass to its exhaust note. Then, on track, you can hear that signature BMW M inline-six metallic wail. It sounds better than the most recent M3, the F80. Although, a track-spec Lexus LFA drives by after the M3 at one point in the video and shames it. In fairness, an LFA can shame literally any other car ever made, in terms of exhaust noise.

So this will mark the first time an M car is available with two different drivetrains, as well as the first all-wheel drive M3. We can’t wait.