The BMW range of M models has expanded quite a lot over the last few years. That expansion has led to a record level of sales last year, with BMW M beating its rivals in the segment by quite a significant margin. At the same time, the expansion of the M portfolio brought forward huge price and performance differences. At one end we have the BMW M2 Competition, which is the cheapest M car you can get. At the other, the BMW M8 Competition, the fastest and most expensive M car ever made.

These two cars appeal to very different demographics. It’s not just because of their price tags though but mostly because they feel very different and cater to different needs. The BMW M2 Competition feels like it’s on the edge every time you drive it. It’s playful and agile, like a big cat just waiting to pounce. On the other hand, the M8 Competition offers a more relaxed alternative. Life inside the M8 is luxurious and comfortable. 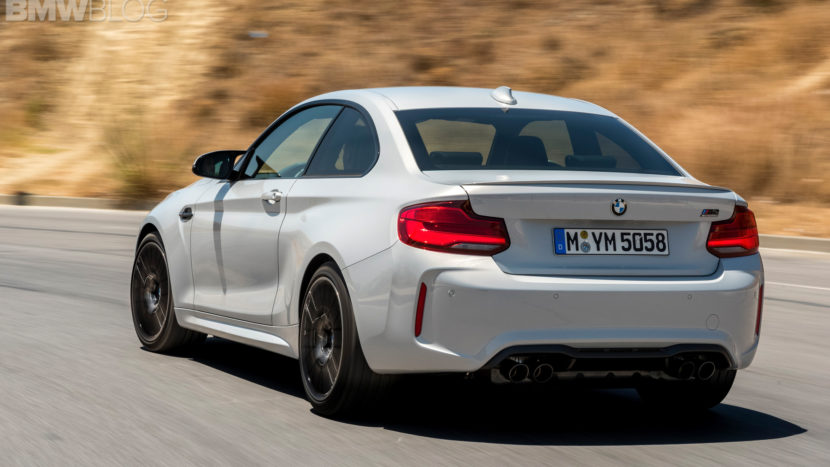 Then there’s the engine bay or, better said, what lies within in. The BMW M2 Competition comes with a 3-liter straight six S55 twin-turbo engine. Developed initially for the M3 and M4 models, the S55 is about to remain in production solely on the M2 as the new M3 and M4 models will get a different powerplant. The sound the S55 makes hasn’t been received with open arms but I never had an issue with it.

On the M8 though we’re looking at the latest incarnation of the S63 4.4-liter twin-turbo V8 which somehow sounds better than the original unit mounted on the F10 M5. The exhaust definitely plays a part in that.

In the video below we are therefore presented with a comparison between these two cars solely in the exhaust sound department. If you were to choose a favorite, which one would it be?