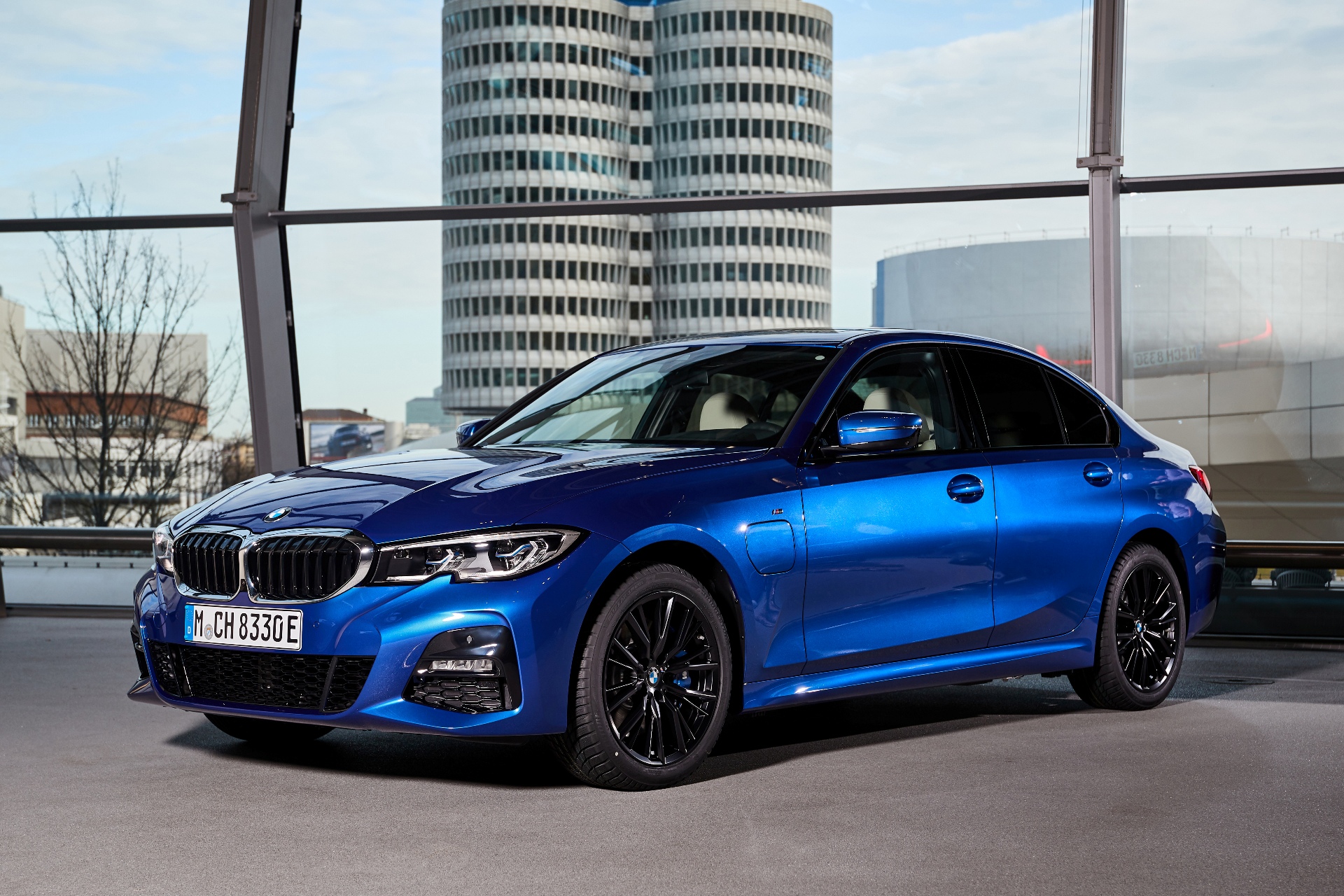 BMW has handed the keys of the 500,000th electrified vehicle to its lucky customer in a special event that took place today at BMW Welt in Munich. BMW is the ultimate sales leader in Germany when it comes to electrified vehicles. Around 60,000 are already active on German streets and the future is bright, as BMW starts adding new electrified versions across the model lineup.

Adding to the strong position of BMW in the market of electrified vehicles is today’s achievement: the milestone of 500,000 electrified BMW Group vehicles has been reached. The 500,000th electrified vehicle is the brand new BMW 330e plug-in hybrid, which was handed over to its lucky owner during a special ceremony held at BMW Welt. 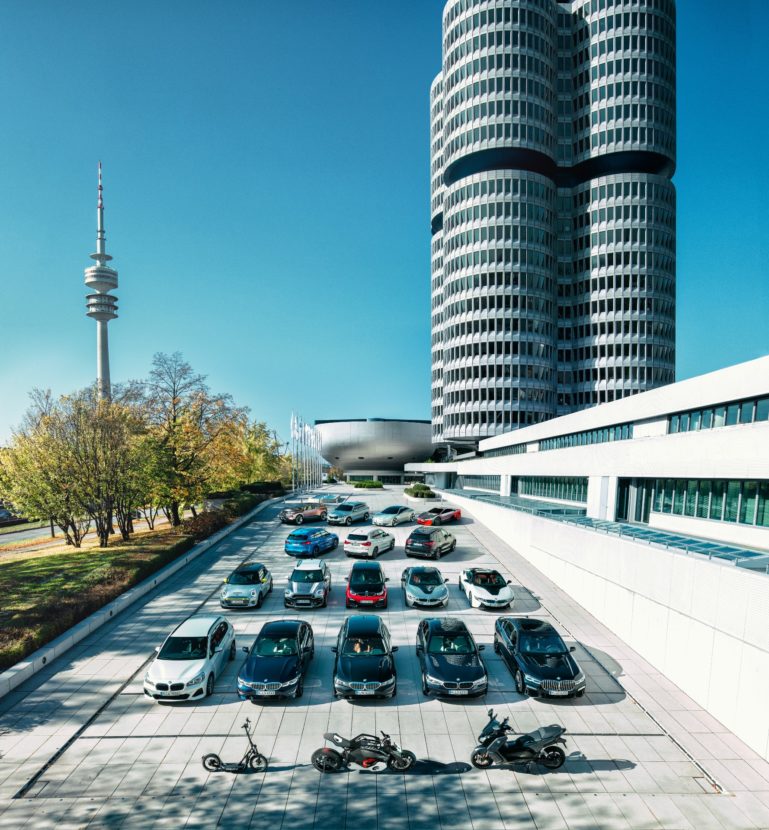 Florian Merk, resident of Munich and the new car’s owner, had a special surprise when he came to collect his 330e. He is fascinated by the versatility of the mid-class premium PHEV and commented on the occasion: “For me, the BMW 330e – the plug-in hybrid 3 Series – combines the best of both worlds: for the most part, I can drive emission-free – especially in the city – but, on longer trips, I still have the flexible range of a combustion engine.” 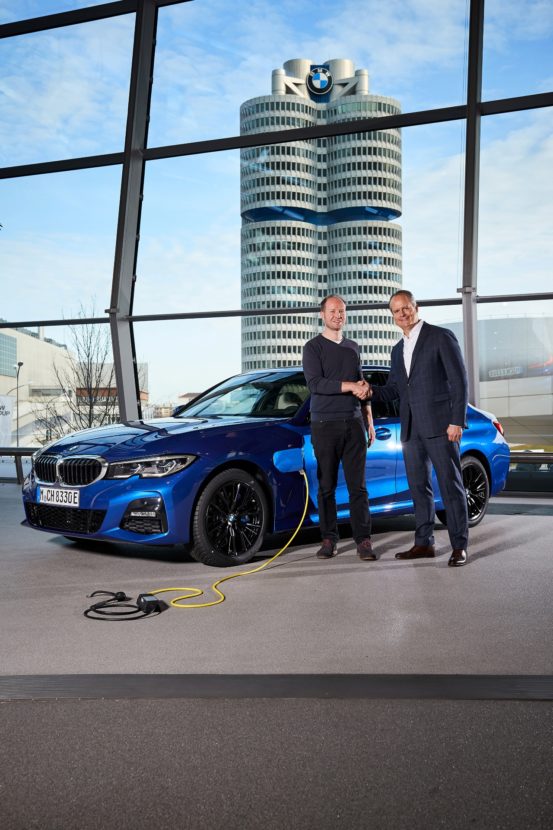 The milestone BMW 330e is specced with M Sport package and finished in Portimao Blue metallic color, with the cabin featuring the Vernasca Oyster leather upholstery. The vehicle was equipped with winter tires, while the choice of wheels was the 18-inch M Sport 796 alloys with polished black look.

Sebastian Mackensen, Senior Vice-President Product Market for Germany, added: “I am very happy to celebrate the delivery of our 500,000th electrified vehicle here at BMW Welt. No one sells more electrified vehicles in Germany than we do. There are already about 60,000 electrified BMW and MINI models on German roads today. And in 2020 we will continue to launch additional models.”

BMW is the trendsetting automotive leader when it comes to electrified vehicles. Reaching the 500,000th milestone for electrified vehicles already delivered to customers worldwide is a solid performance. The German constructor is also eyeing to launch no less than 25 electrified models until 2023.

The model offensive will continue in 2020 as well, when the new BMW iX3 pure-electric SAV is scheduled for introduction. As part of the BMW Brilliance Automotive joint-venture, the car will be assembled in China, at Shenyang. The Chinese market is also the main market for this model, where it is expected to deliver a solid sales performance. The iX3 pure-electric SAV will also be the first BMW Group electrified vehicle to use the Gen5 electric architecture for the battery.

Starting 2021, the BMW iNEXT and the BMW i4 electric Gran Coupe, both of which will be produced in Germany at the Dingolfing factory, will celebrate their world premiere.

Oliver Zipse, Chairman of the Board of Management of BMW AG, further emphasized the BMW Group achievement: “Half a million vehicles is the best proof: Our broad range of electrified vehicles is meeting exact customer needs. Now, we are stepping up the pace significantly: We aim to have one million electrified vehicles on the roads within two years. This is our contribution towards effective climate protection.” 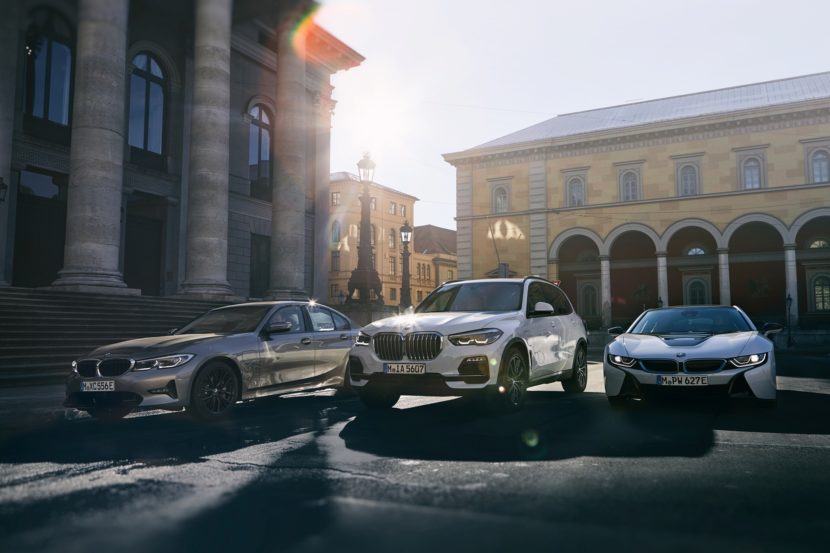 BMW aims to achieve clear goals in the following years: a quarter of all vehicles sold in Europe should be electrified by 2021. This should reach a third by 2025 and half in 2030. The next milestone for the Germans is to double today’s 500,000th mark by the end of 2021.