I live for these types of problems. They keep me up at night and they consume me as I endlessly debate them. For the same money, would you buy a BMW M2 CS or a BMW M4 GTS? This problem became more acute for me when a $134,000 Black Sapphire Metallic 2016 BMW M4 GTS with 2,300 miles was offered to me by one of my favorite BMW dealerships for $79,990 this weekend.

Firstly, I had not realized that the BMW M4 GTS had dropped so much in their resale value. Secondly, the BMW M2 CS price for the U.S. market is around the $84,000 mark (more on that soon), so that brings the two special M cars pretty close in value.

The BMW M4 GTS was limited to just 700 worldwide and it delivered 500 horsepower from a water-injected track-focused engine. It can sprint 0-60 in 3.7 seconds and has an unreal 190 mph top speed. Interesting enough, after the M4 GTS was hitting showrooms, some dealers were charging a significant fee on top of the MSRP.

Here’s an article we published with photos to prove it – $252,000 BMW M4 GTS. I can see why they might ask more than sticker, but that’s a bit excessive. If you had bought that one, you have lost some serious money by now.

The M4 GTS had all the makings of an instant classic. It was produced in very low numbers and was a serious track car with a special suspension shod with Michelin Pilot Sport Cup 2 tires. BMW M published that the M4 GTS was capable of a 7:27 Nürburgring Nordschleife time. The M4 GTS has a massive wing and front splitter, while the back seats were removed, cup holders and interior door handles banished. A rear roll bar was installed. BMW of North America even had an application process to vet buyers.

The M4 GTS went for pure performance and as such came only with the 7-speed DCT and you really didn’t need to add any options as it came essentially loaded with things like the Head-Up M Display and the expensive Carbon Ceramic Brakes. The only real option were also some incredibly pricy carbon

fiber wheels for $18,000. BMW even fitted the M4 GTS with a user-adjustable KW suspension. 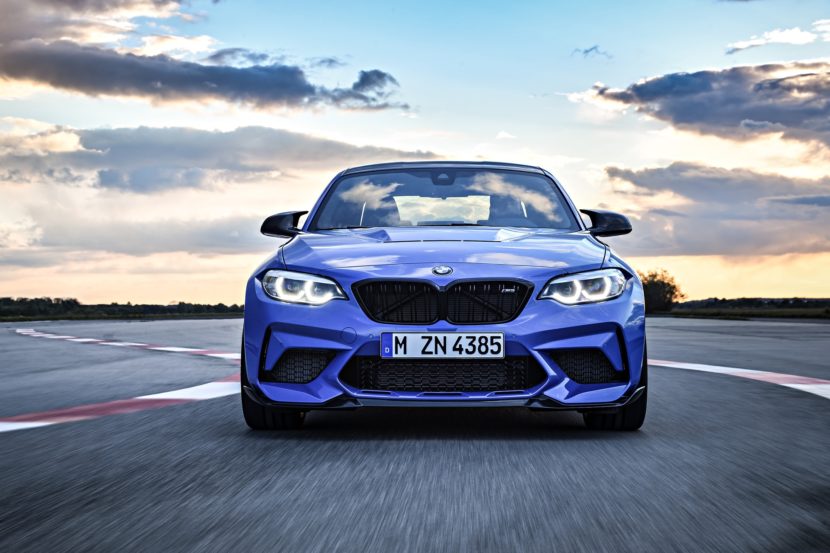 The BMW M2 CS promises to be a special car too as it will be limited to 2200 worldwide. Numbers to the U.S. are rumored to be about between 350 and 400 units, but time will tell as we tend to love M cars here. The M2 CS represents the pinnacle of the BMW 2 Series which is nearing the end of its run. The M2 CS is slathered with carbon fiber goodies from a carbon fiber roof to the special CFRP vented hood, carbon fiber front splitter, rear spoiler and mirror caps. BMW M even tweaked the venerable S55 motor to twist out 444 hp, as much as an M4 Competition package!

Horatiu just interviewed BMW M CEO Marcus Flasch about the M2 CS for our podcast. Flasch talked about how important it was for BMW M to still provide a manual transmission in cars like the M2 CS where the U.S. still has a high take rate for them.

He said, “M stands for performance, but M also stands for character.” He related retaining manual transmissions to fine automatic watches. A mechanical watch is not more accurate than a digital watch, but “to have touchable mechanics and even more so in a very powerful car” is a very special experience. And perhaps because of the manual option, the M2 CS is the better one to get.

So if you had the money and the chance, which would one you buy? A BMW M4 GTS or a BMW M2 CS? Let us know in the comments below. Well as for me, I am still debating…