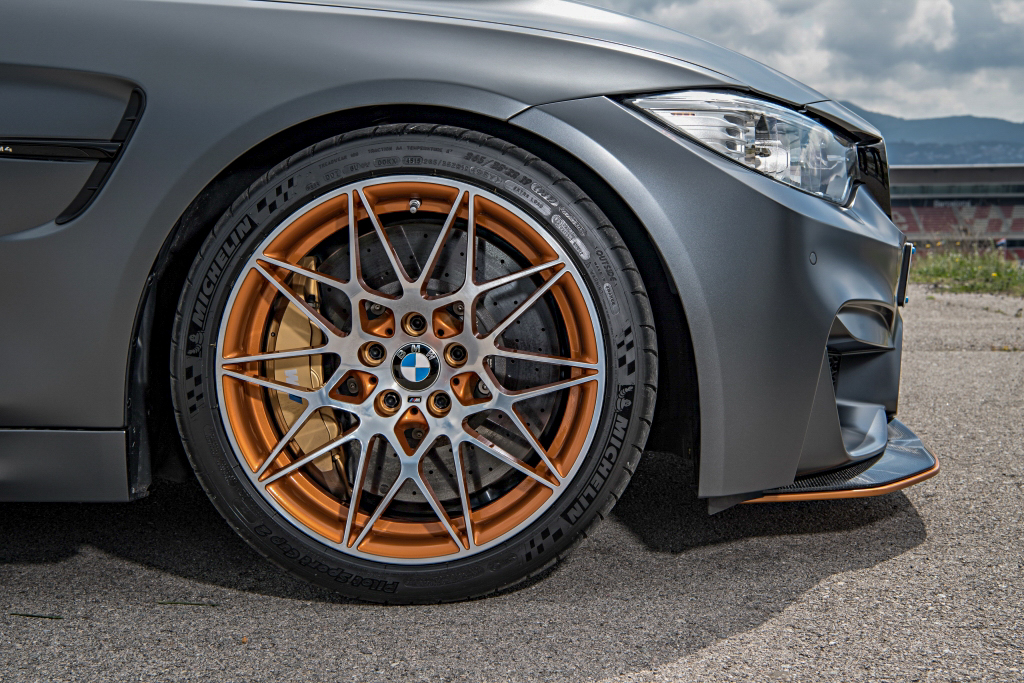 Michelin Pilot Super Sport (PSS) tires are currently the OEM fitment on every BMW M car—except one. When BMW M engineers were designing the track weapon that is the M4 GTS, steering feel and precision were an important priority for the front tires. While for the rear tires, the focus was on traction due to the increased power output. To meet these very high standards, the BMW M4 GTS is equipped with Michelin Pilot Sport Cup 2 tires.

As a track focused car that will also see some road use, the job of Michelin’s engineers was to design an ultra-high-performance tire which is able to operate safely in a variety of road and track conditions. Therefore, Michelin states that the Pilot Sport Cup 2 tires for the BMW M4 GTS were produced using not only bi-compound asymmetric tread patterns but also an asymmetric casing design. This offers the optimum balance between handling, grip, and tire life. 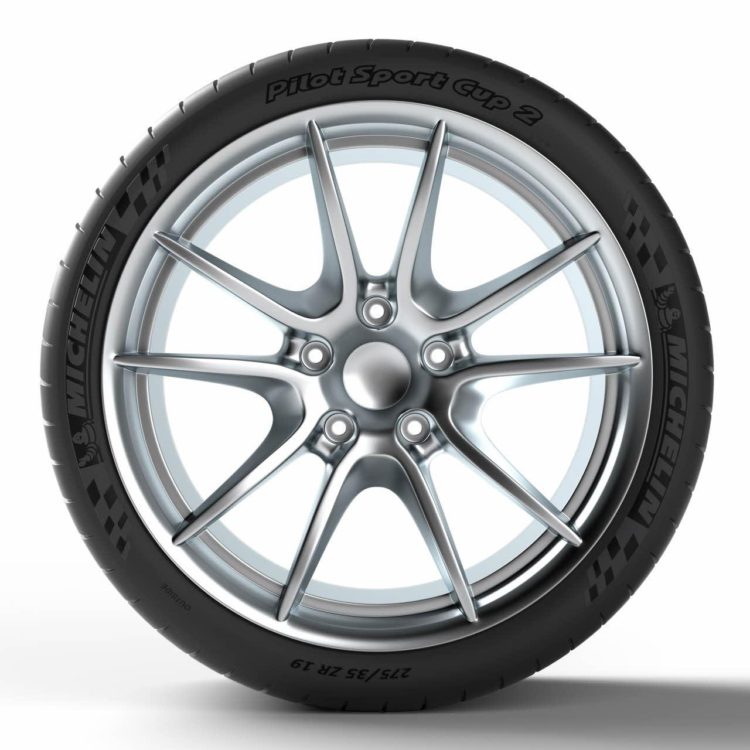 During the development process, Michelin claims that they produced and tested more than 1,000 prototype tires and 400 special series tires which were tested by both Michelin and BMW M test drivers.

In addition to Michelin’s Bi-Compound technology, Michelin states that the Pilot Sport Cup 2 tires also incorporate their motorsport-developed Track Variable Contact Patch 3.0. This optimizes pressure in the tire’s contact patch so the same amount of rubber is always in contact with the road or track, whether driving in a straight line or cornering.

To achieve all of the performance characteristics demanded by BMW M, Michelin claims that their engineers focused on the interaction between the tire’s tread compounds, architecture and profile, and between the tires on each axle. This ensured not only good road manners in terms of steering effort and response, balance, and comfort, but also fast lap times and consistent performance on track—with a particular objective to limit heat build-up and wear.

Not only is the Pilot Sport Cup 2 packed full of technology to help it perform, but it also features Michelin’s Premium Touch Technology in the design of the sidewalls. This gives the lettering on the sidewall a velvety appearance and feel which creates a great look to go with the performance styling of the M4 GTS. 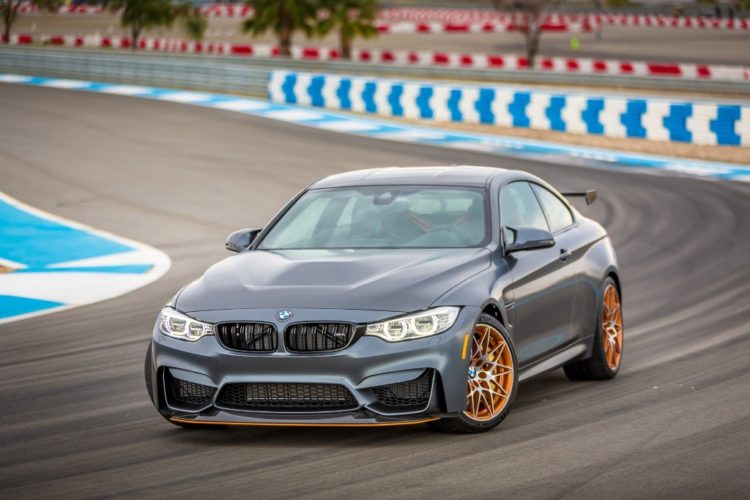 We talked with BMW Performance Center Chief Driving Instructor Matt Mullins and Senior Instructor Adam Seaman who have spent some time on track behind the wheel of the M4 GTS to see what they had to say.

Since you guys have only really driven it on track at the Thermal Club, when pushed, how does the Pilot Sport Cup 2 compare to the Pilot Super Sport? 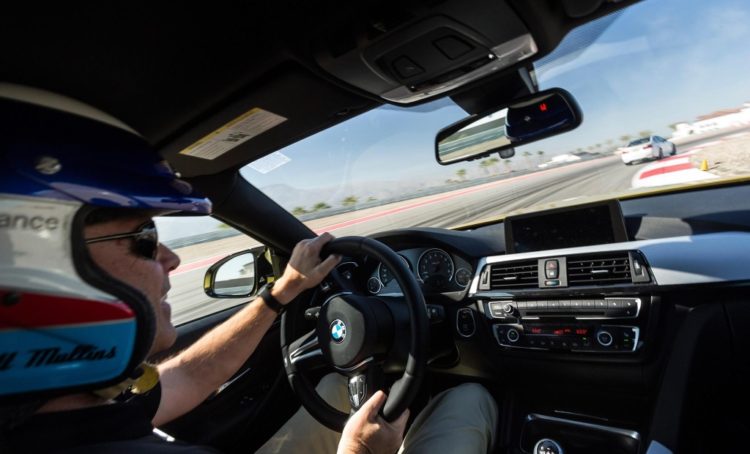 Adam Seaman: “Initial turn in was sharper than the PSS but they seemed to go into understeer more quickly. The grip came back just as quick with a little manipulation of the car’s weight but the front definitely gave up well before the rears. This could be due to the tire itself or more likely the fact that the GTS was still on the factory street suspension settings. I have no doubt that it could be tuned out with a few adjustments to the aero and factory coilovers.”

Matt Mullins: “They definitely have more grip than the Michelin PSS and the GTS has better rear stability. Some of this can be attributed to the aero and suspension tuning, but there is more rear grip than in the M4.”

Adam: “One thing I noticed is that the lateral grip was much higher while sliding off throttle. Again, this is to be expected with a stickier tire, but in the wrong hands it could cause the dreaded death hook or tank slapper if the limit is crossed.”

The Pilot Super Sport is a very progressive high-performance tire. When you step up to a track specific tire, you tend to lose some of the progressivity. How does the Pilot Sport Cup 2 react when pushed to the limit?

Adam: “The Pilot Sport Cup 2 seemed very predictable right up to the limit and beyond. I will say that tire squeal came on a bit closer to the threshold which is to be expected of a more sticky, track-influenced tire.”

We know you both like to get the car sideways, how well did it stand up to your abuse?

Adam: “The tires seemed to wear well despite the soft compound. I had the pleasure of drifting the carousel twice and doing two massive burnouts. The tires were still had over half tread at the end of the day despite the abuse.”

Matt: “I agree with Adam, these tires stand up well to hard driving on track, and they were very consistent.”

Adam: “All in all, the tire felt great. I would like to spend a little more time driving on it to develop a more educated opinion, but for the short amount of time that I had with them, they were impressive.”

We will have a full review of the Michelin Pilot Sport Cup 2 tires later this summer as we get more time to thoroughly test them.