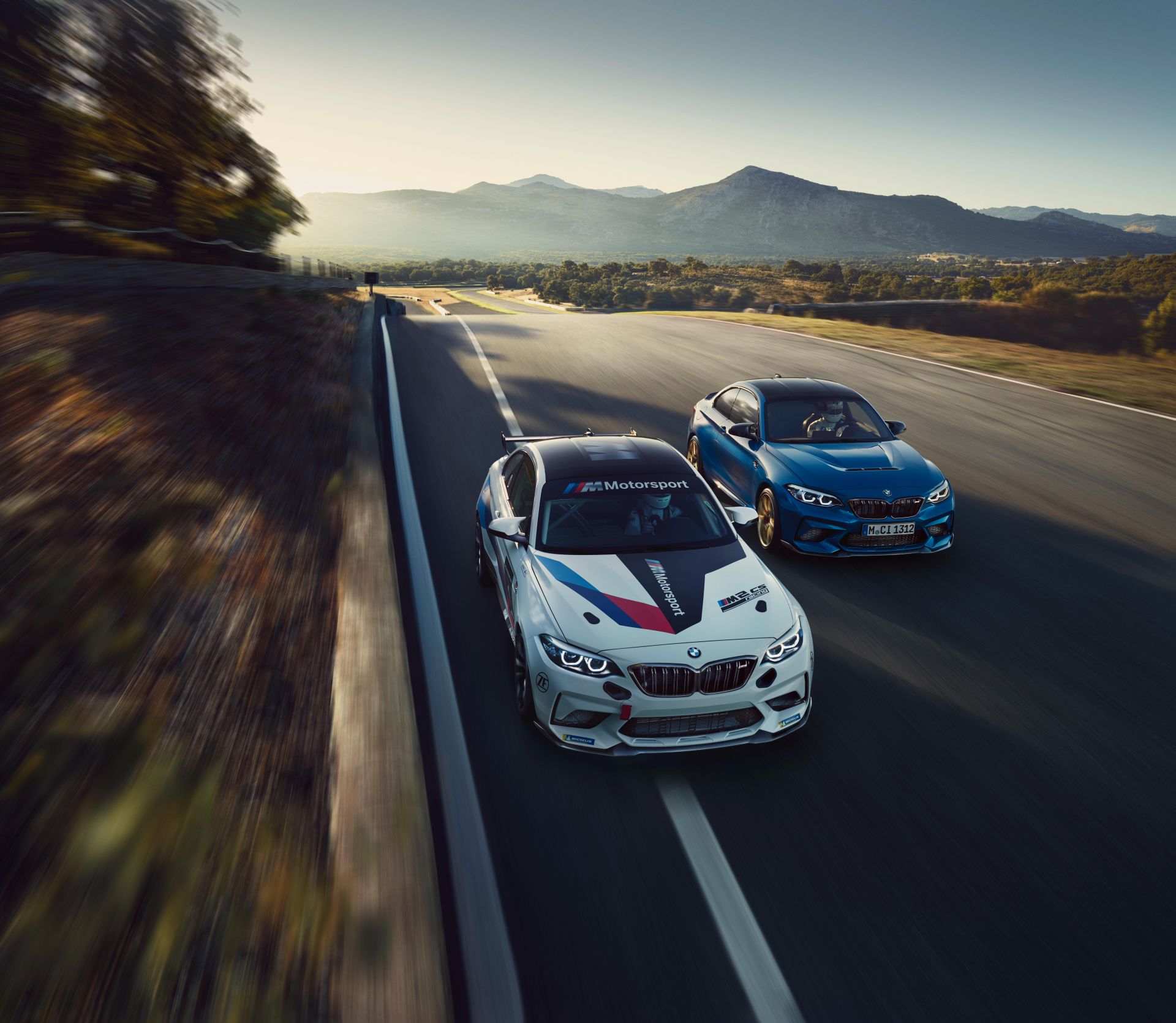 Just hours after the BMW M2 CS was unveiled, BMW M also took the virtual veils off its offering for customer racing teams, the BMW M2 CS Racing. The new model is going to become a favorite in private teams looking to race next year in a variety of motorsport events as it takes the basis set up by the BMW M240i Racing model and takes it a step further. There are plenty of upgrades to talk about too, when discussing the M2 CS Racing.

For starters, it will use the BMW Motorsport developed S55 3-liter twin-turbo mill under the hood and will have various amounts of power available so that it can be used in a wider range of motorsport events. The lowest level will be 280 HP while the top-end versions will have 365 HP. The power output can be selected by the customers, of course, depending on the Balance of Performance or Permit B classification. The torque figure remains untouched at 550 Nm (406 lb-ft) and is sent to the rear wheels through a 7-speed DCT gearbox that has been upgraded with specialist motorsport software. 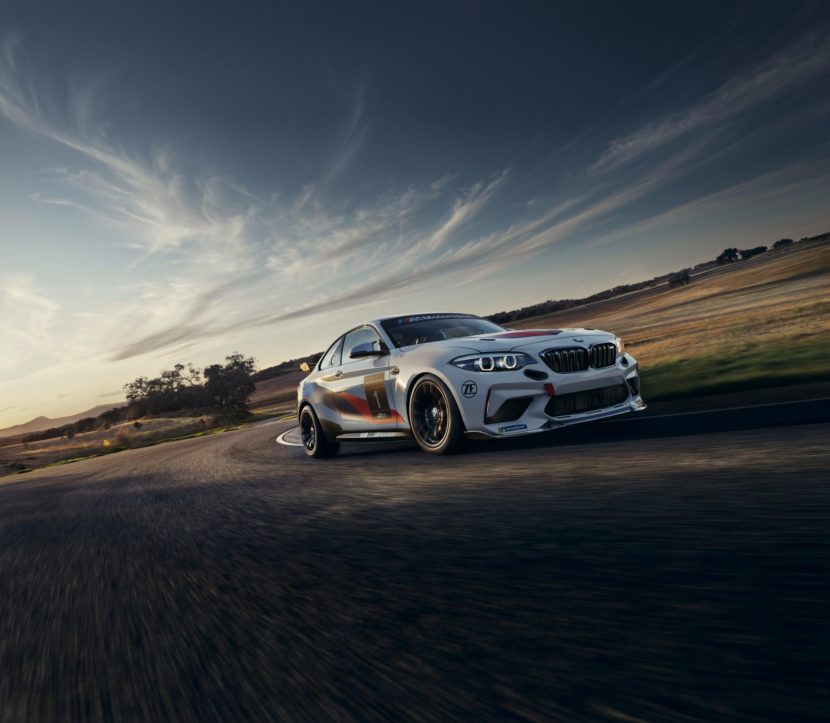 The BMW M2 CS Racing will also have a specific engine management unit software which can be changed using so-called ‘power sticks’ which are basically flash drives with different software settings. This will allow customers to set up their cars depending on the Balance of Performance. A mechanical LSD with pre-load and separate cooling also comes as standard, as do specially manufactured drive shafts.

“With the BMW M2 CS Racing, we are continuing the tradition of providing ambitious teams and drivers with an affordable gateway to racing – this time with a car that, with impressive performance data and the latest BMW Motorsport technology, meets all the requirements of a pedigree racing car, better than any previous entry-level model before it,” said BMW Group Motorsport Director Jens Marquardt.

“Using the perfect base of the BMW M2 CS and in close collaboration with BMW M GmbH colleagues, BMW Motorsport engineers used many of the insights from the development of the BMW M4 GT4 to set totally new standards in the entry-level class with its little brother, the BMW M2 CS Racing. I am confident that we will continue the success story of BMW M Customer Racing vehicles with this car,” he added. 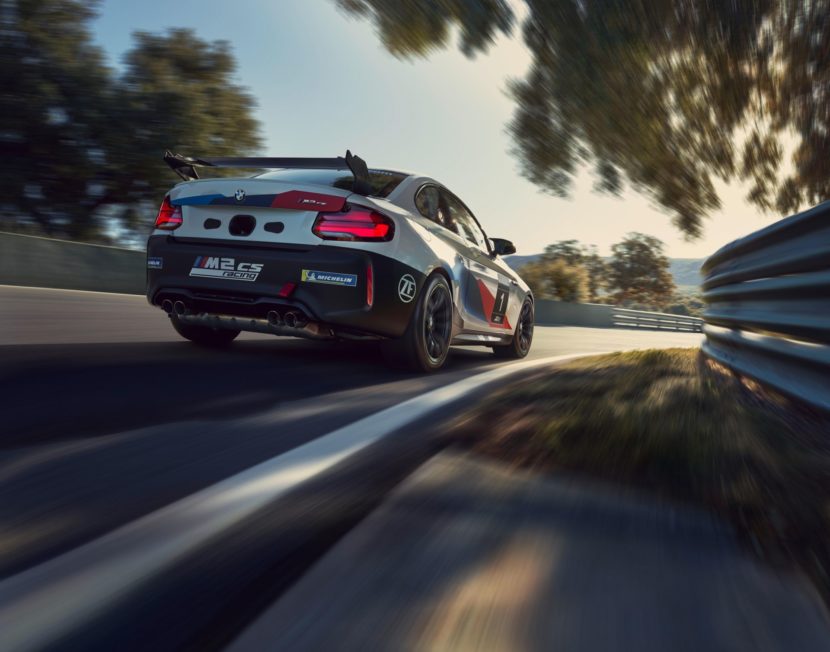 Markus Flasch, President of BMW M GmbH, also said: “The collaborative development of the BMW M2 CS and the BMW M2 CS Racing highlights the close integration of BMW Motorsport and BMW M GmbH. Our expertise meets halfway between high-performance cars for the road and pedigree racing cars, namely in the growing club racing sector. We are already taking account of this with various performance versions of the BMW M2 CS Racing, and we will be working in a similar direction for future BMW M special editions.”

Prices for the BMW M2 CS Racing start at 95,000 Euros and the first cars will be delivered in the second half of 2020. As with the predecessor models, the BMW M235i Racing and the BMW M240i Racing, several platforms around the world will be available to the new car apart from its main stomping grounds, the VLN Endurance Championship Nürburgring and the TC America. A Permit B version is planned for racing at the Nordschleife as part of the VLN.