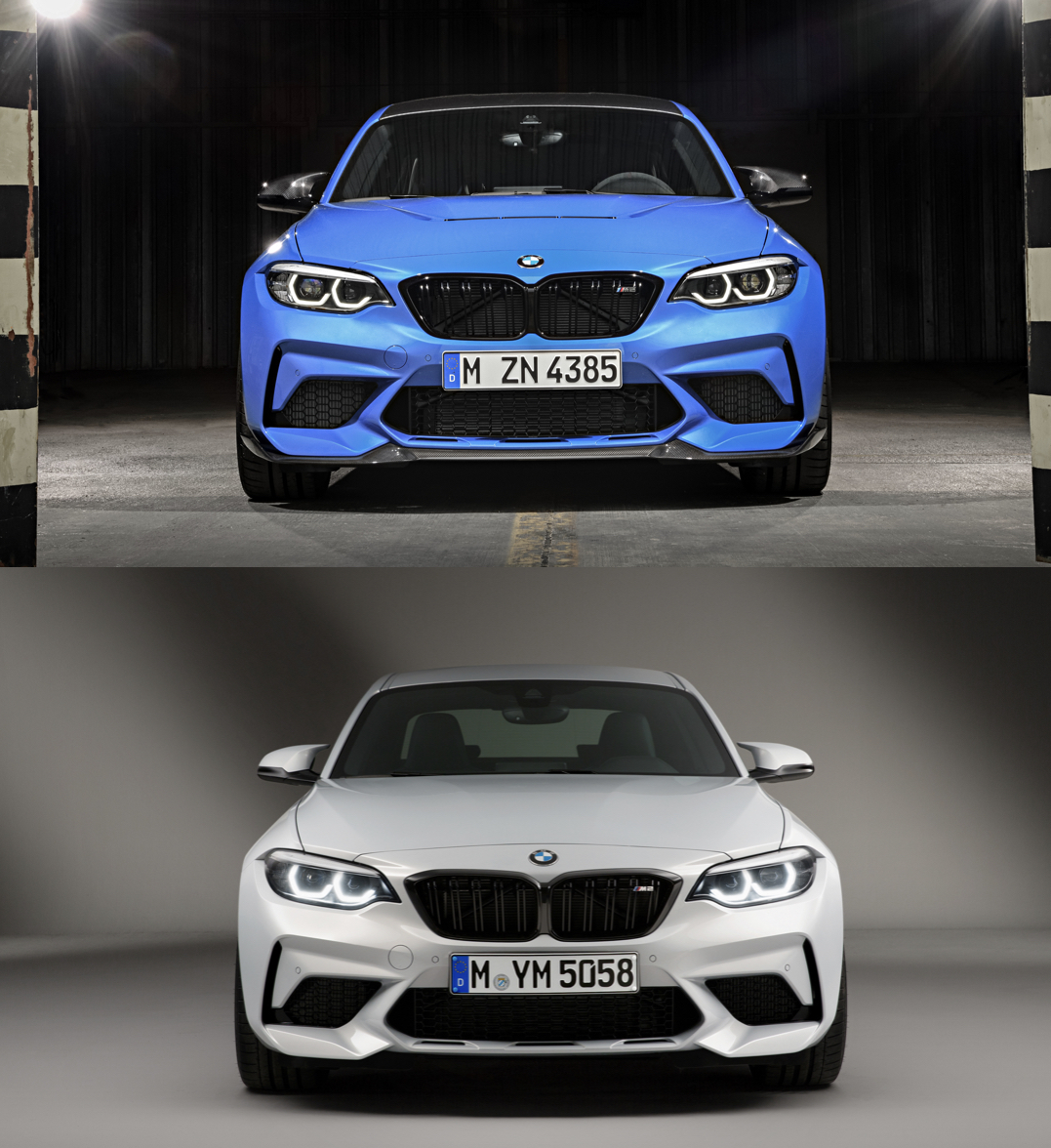 Now that the BMW M2 CS has finally been revealed, it’s the king of the 2 Series lineup. As the most powerful, most exciting and most aggressive 2 Series variant there is, the M2 CS should at least look the part, right? So we decided to take a look at whether or not the new M2 CS looks better than the already punchy looking M2 Competition, the car that the CS is based on.

The standard M2 Competition is already seriously aggressive looking, with its swollen fenders, big wheels and large front air intakes. So the M2 CS’ job was to take an already angry looking car and crank things up to eleven. Has it done that? Let’s find out.

It’s up front where the BMW M2 CS distinguishes itself from its less Competition sibling most. And even there, it’s not by much. The hood is the biggest difference, as the M2 CS features a massive vent in the hood that looks really cool. Aside from that, though, the differences are small. Actually, the only other difference seems to be the carbon fiber front lip spoiler, which can be optioned on the M2 Competition from BMW’s M Performance Parts catalog.

Out back, a carbon fiber diffuser and a carbon fiber decklid spoiler separate the M2 CS from its less aggressive little sister. However, both of those parts can also be ordered from the M Performance Parts bin for the standard M2 Comp. Granted, it looks better with those bits, so as-standard the M2 CS does look better. But the M2 Comp can be had with those same parts right from the factory, with a full factory warranty, when you order the car.

Even the new wheels of the M2 CS can be ordered for the M2 Competition. In fact, we’ve tested the M2 Comp with the entire M Performance catalog thrown at it and it looked a lot like the M2 CS (unpainted carbon fiber bits aside). Those wheels can even be ordered in gold for it, as we tested on an M4 Convertible once before.

On the inside, the BMW M2 CS does have a bit more of a special feeling, thanks to all of its Alcantara and the CS-specific center console (which lacks a cubby space). Those can’t be ordered for the M2 Competition, so that does make the CS a bit more special.

So it seems as if the BMW M2 CS isn’t much more exciting than the car on which it’s based. Sure, there are a few little things that are nice but those same things can be ordered for the M2 Competition. What’s going to separate the CS from the Competition is the way it drives. The M2 CS is a bit lighter, it’s received some suspension tweaks to increase sharpness as well as feedback and it’s also received more power. So the CS is quite different underneath the skin, which is good because it isn’t any different skin-deep.