Ever since the very first drag races with the BMW F90 M5 were posted online, we knew this was going to be a monster. The first M5 with all-wheel drive proved it would take some serious power to put it to shame and that’s even truer for the Competition model. Chip in the tuning potential these cars have with their 4.4-liter twin-turbo V8 engines and you can get yourself a supercar-beating sedan for a very good price. Like this 800 hp BMW M5.

Some would say the M5 and M5 Competition are already supercars and they wouldn’t be too far off. Their performance levels are good enough to beat poster cars of not long ago. The video below shows an even darker side, with that particular M5 being tuned to make 800 HP, according to the uploader. That’s some serious power and he does explain how the S63 engine manages to push out that much power but my Russian skills don’t allow me to translate that accurately. 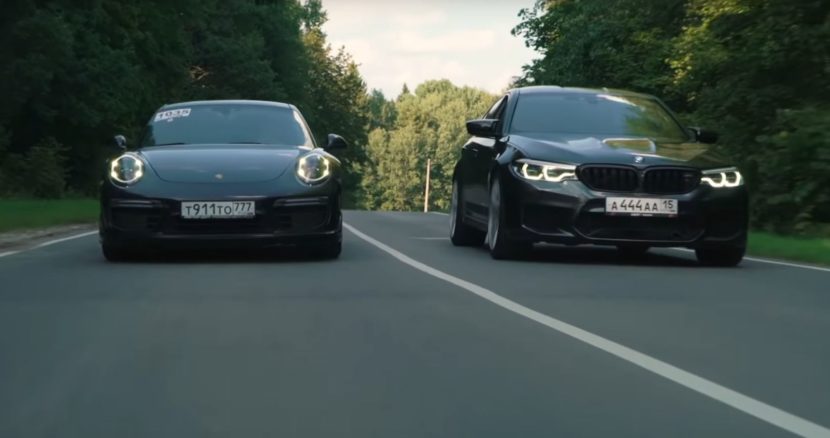 Nevertheless, this 800 hp BMW M5 is joined by two proper supercars, to play a little round of catch. First up, there’s a Porsche 911 Turbo S. That’s the most powerful iteration of the 991 911 models, with just tad bit under 600 HP. No matter what some may say, this is a supercar, it has all-wheel drive and a super-fast dual-clutch gearbox also known as PDK. And yet, as good as the Turbo S might be, it doesn’t stand a chance against the heavier M5 in any given scenario.

Be it a standing drag race, a rolling race or whatever in between, the M5 won and by a large margin. Exactly the same could be said about the results the Audi R8 V10 Plus managed to get when it line-up against the BMW. Even though the R8 is basically a Huracan in a different suit, it just couldn’t keep up with the four-door beast alongside it.

If you needed proof that BMW is actually making a supercar but people are not really aware of it, this video is exactly what the doctor ordered.