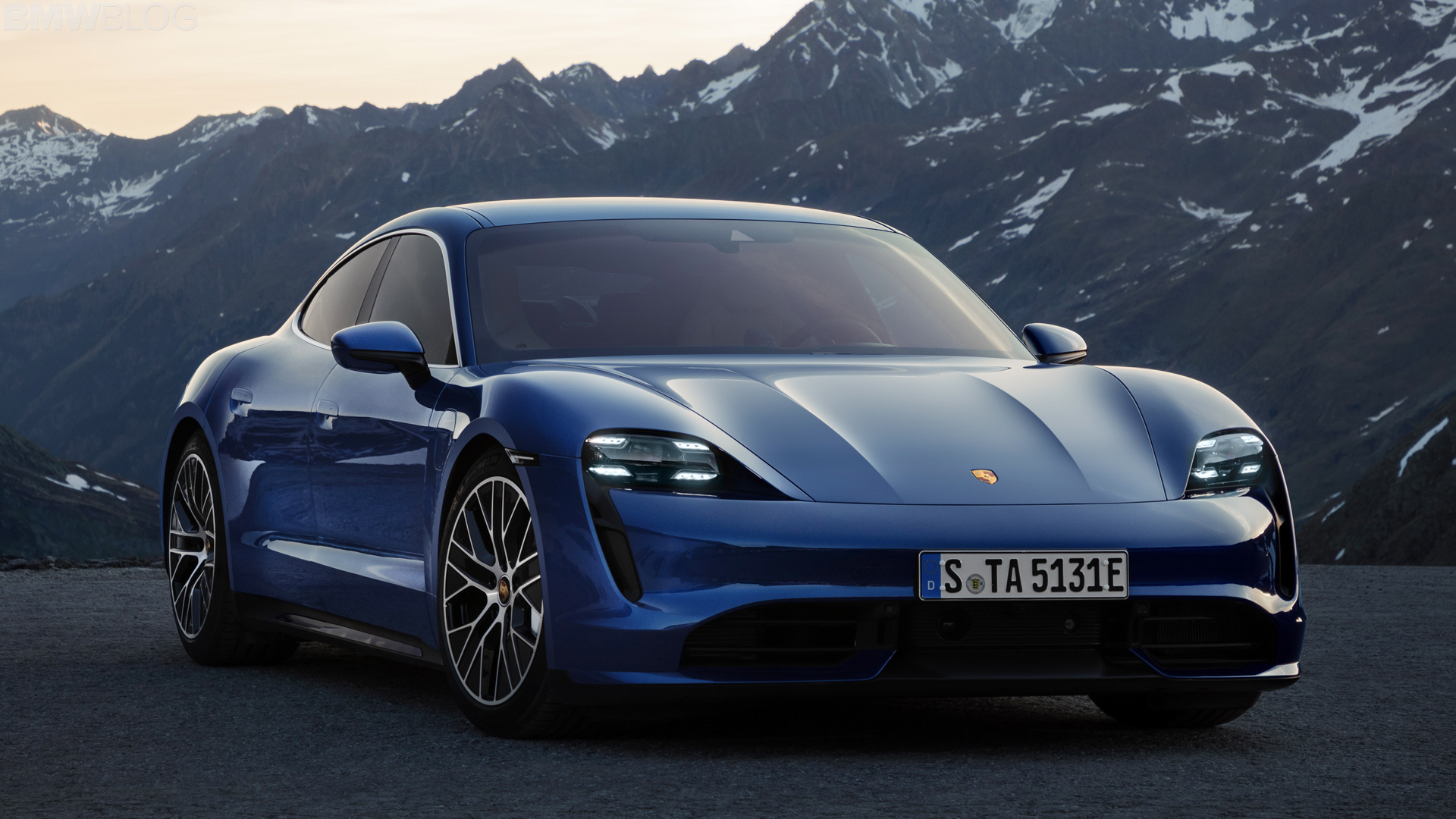 Now that the Porsche Taycan is here, it’s just about the most exciting electric production car on the market. With up to 750 hp and a 0-60 mph time of about 2.6 seconds, the Taycan is brutally fast and should handle extremely well. So we’re very intrigued by it. The only downside is that it’s very expensive, costing closer to $200,000 than we’d like. So what if you want a super sedan that’s equally as fast but nearly half the cost? That’s where the BMW M5 Competition could come in.

The BMW M5 Competition is quite a bit different than the Taycan but it’s also a four-door super sedan that can hit 60 mph in less than three seconds. And since BMW doesn’t have an all-electric super sedan at the moment, we thought we’d use the M5 to compare to the Taycan.

There’s no denying that the Porsche Taycan is the more futuristic looking car. It’s a great design that somehow manages to look futuristic and forward thinking but also have so many traditional Porsche styling cues. So it still looks very much like a Porsche, just one from the future.

While the BMW M5 Competition is about as traditional as a super sedan gets. Massive front air intakes, large grilles, vents and quad exhausts, all reminders that it’s powered by internal combustion. The M5 is a handsome car but it looks downright bulbous and boring in comparison to the ultra-slick Porsche Taycan.

It’s similar on the inside as well. The BMW M5 Competition sports a good looking interior that’s well made and well laid out. However, it looks like a traditional BMW interior, while the Porsche Taycan’s cabin is straight-up sci-fi. Its clean, minimalist design, slick looking screens and well laid out ergonomics all combine to make it the nicer looking cabin of the two cars.

Obviously, we haven’t driven the Porsche Taycan, so there’s no way we can determine which is the better car, though we have an idea about which might be better. In terms of how they look, though, the Taycan is the better looking, more interesting car. The BMW M5 is a handsome enough machine but it can’t match the sleek futuristic styling of the new electric Porsche.