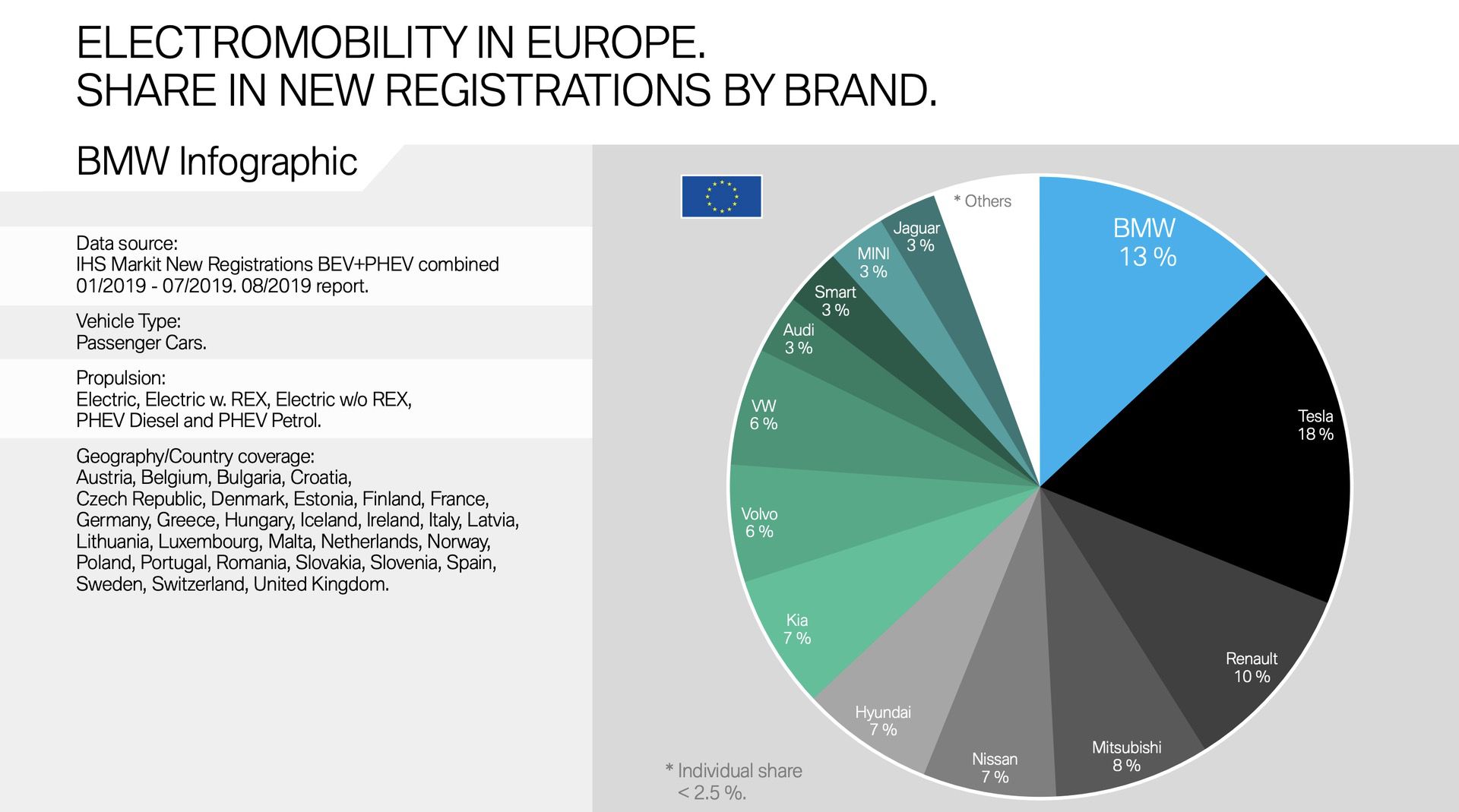 Although July 2019 was rather a transitional month for BMW electric cars and plug-in hybrids, the Bavarians were able to further increase its electric market share in Germany. In the first half of the year, 19 percent of all newly registered vehicles in Germany had BMW electrified engines. By July, the number increased to 20 percent. In contrast, Tesla, Renault and Mercedes reported declines, while Audi remained at 4 percent and VW gained one percent. 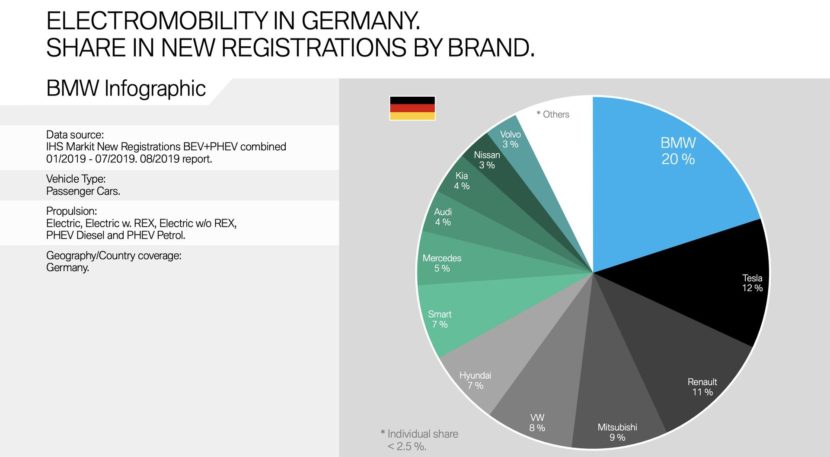 In terms of brand names, electric cars and plug-in hybrids account for 6.4 percent of all BMWs sold in Germany after seven months, compared to 6.3% after the first half of the year. When looking at the European figures, July 2019 brought little change: The shares of the leading manufacturers have not changed, with BMW at 13 percent in second place behind Tesla. 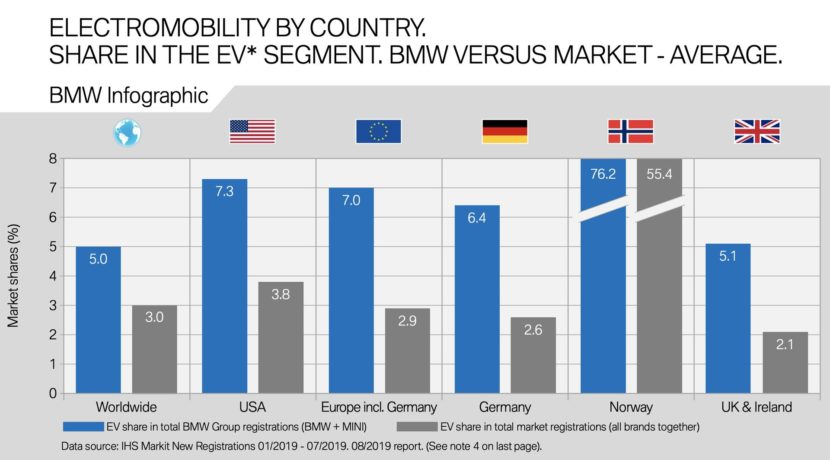 July 2019 was less pleasing for the BMW Group, taking into account the global figures: BMW’s share in the first six months was still at 6 percent, but now it is only 5 percent. This is attributable to the strong growth of the Chinese automakers Beijing Auto, Geely and Chery, which also contributed to a decline in Tesla’s market share.