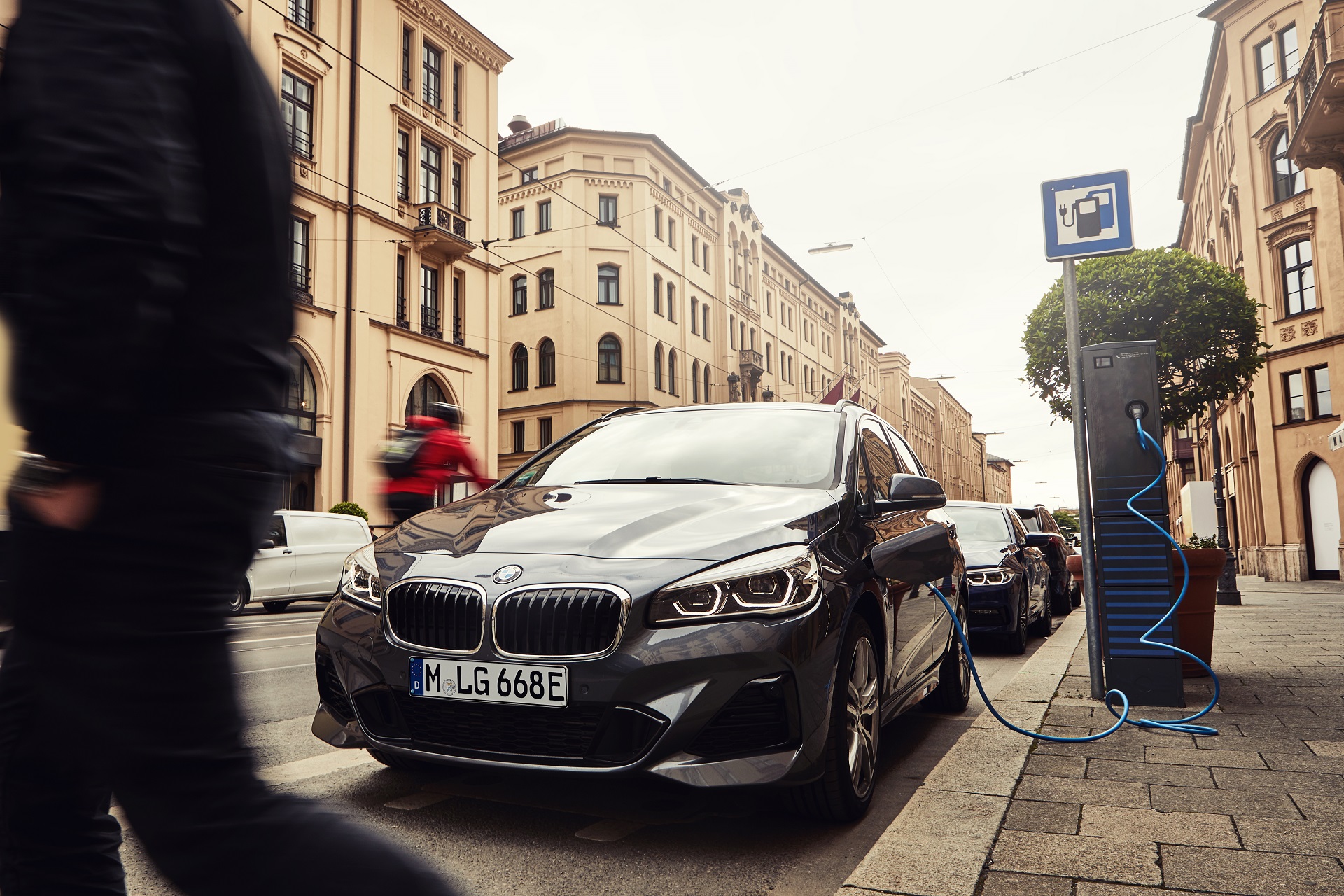 Just like the BMW 530e before it, the BMW 225xe Active Tourer now has more electric range thanks to a new set of batteries installed in the people hauler from Munich. BMW announced today that the plug-in hybrid choice in the 2 Series Active Tourer range will get 25 percent more range, increasing the grand total to an estimated 57 kilometers (35 miles). Furthermore, the Bavarian manufacturer is also claiming the new version drops its CO2 emissions by 15 percent.

This is all doable thanks to the work engineers do in BMW’s new battery research center. The new generations can store more energy in the same amount of space, thus allowing the car maker to increase the electric range of its cars without major changes done to the platform they ride on. According to BMW, the car received other upgrades as well, to make it more efficient. As for the battery, it can now store 10 kWh instead of 7.7 kWh. 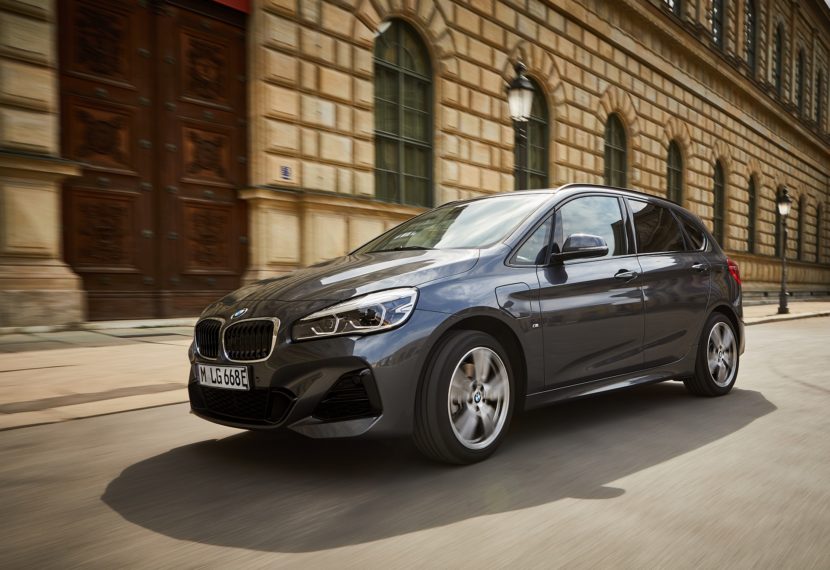 The battery can be fully charged in around five hours using a regular household plug. Using a BMW i Wallbox, the charging operation takes less than 3:15 hours. The charging socket is located under a separate flap on the front left side wall of the car. The high-voltage battery is still located under the rear seat to save space. The internal combustion engine remained the same, the 1.5-liter 3-cylinder mill making the same 136 HP as before.

Together with the 88 HP electric motor, the car can deliver 224 HP and 385 Nm of torque at once, via its all-wheel drive system. That makes the 225xe Active Tourer a rather fast MPV, reaching 100 km/h (62 mph) in 6.7 seconds. You can also drive it in EV mode up to 130 km/h while the top speed is rated at 202 km/h. Deliveries of the new model will kick off later this year. 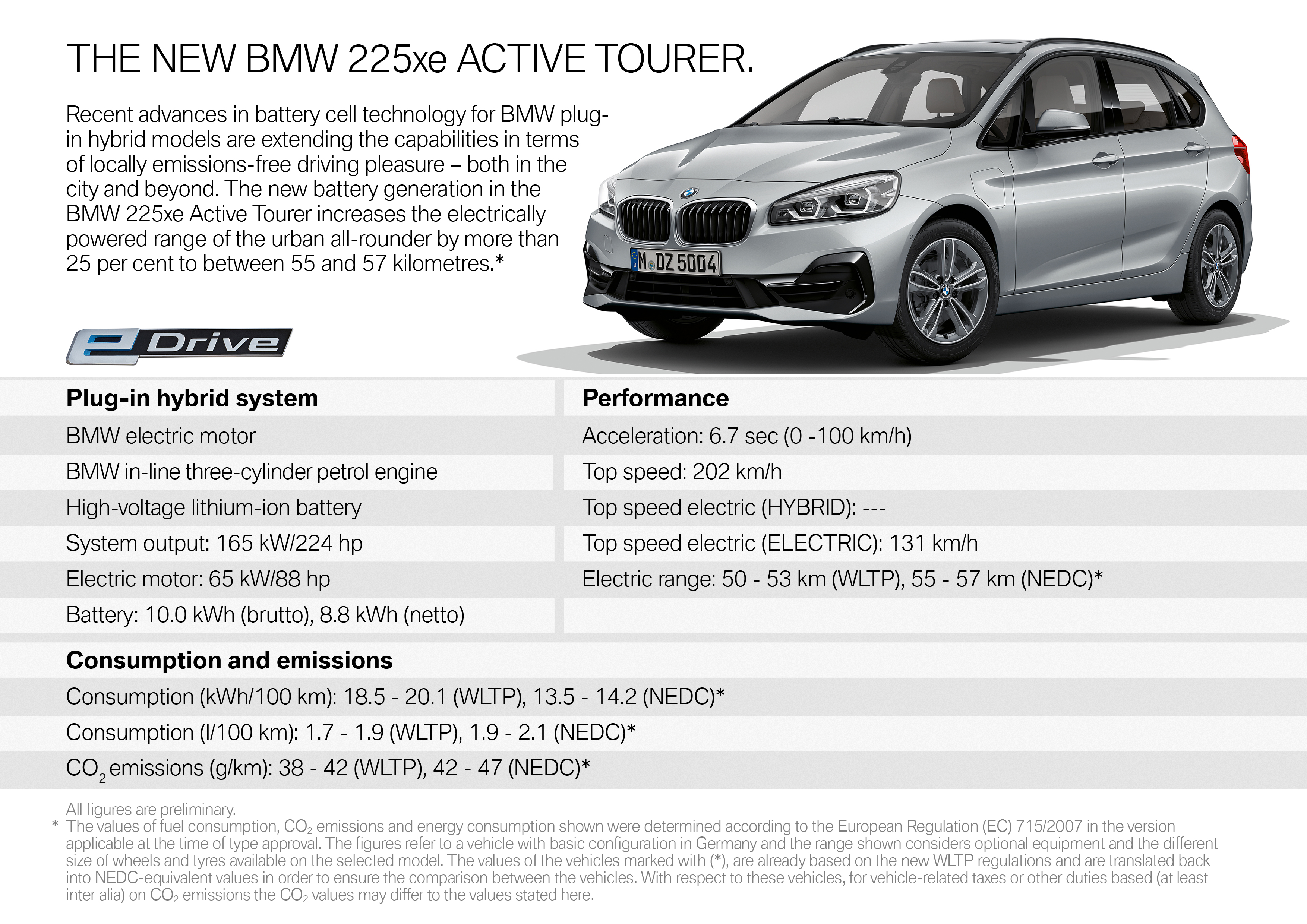 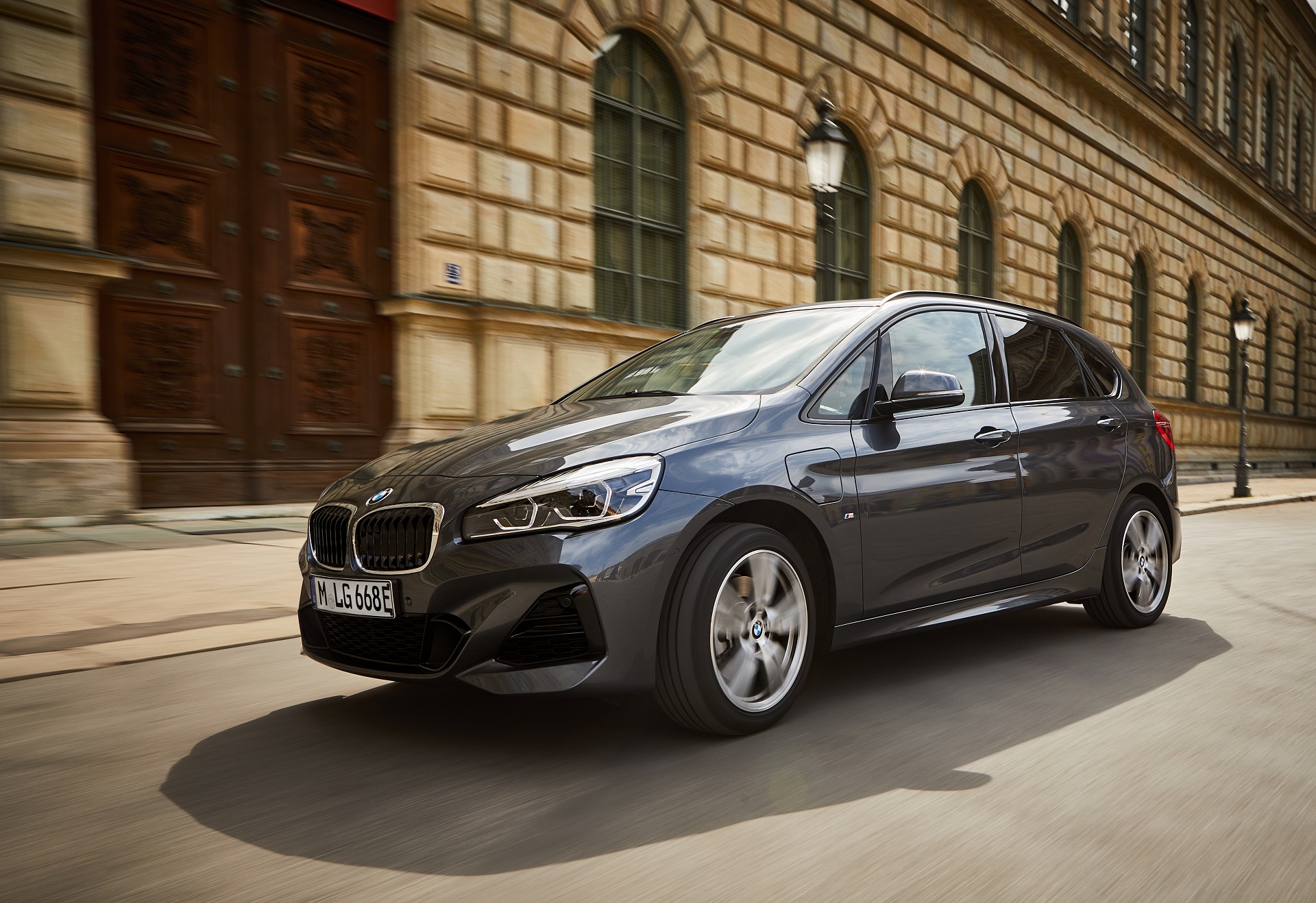 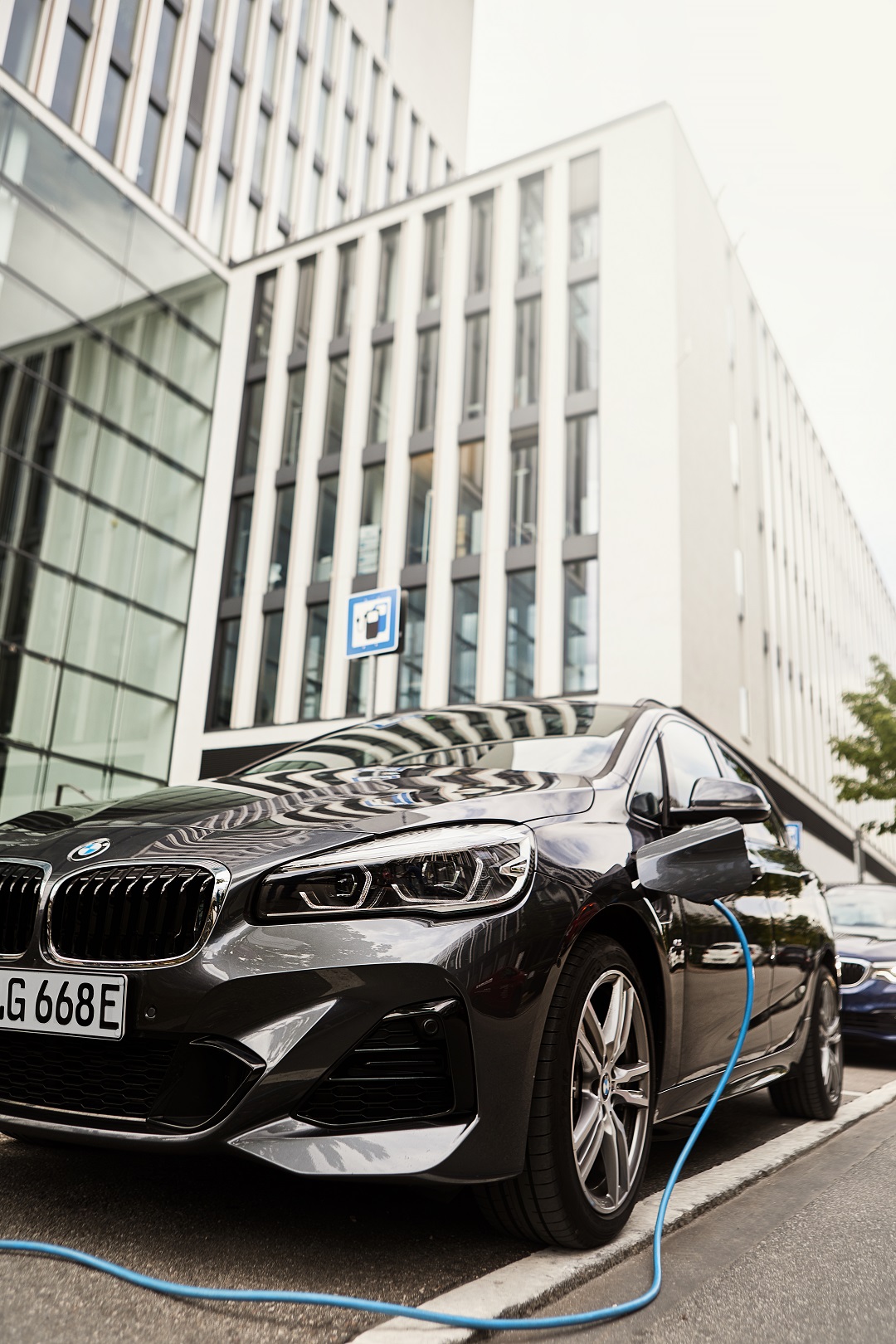