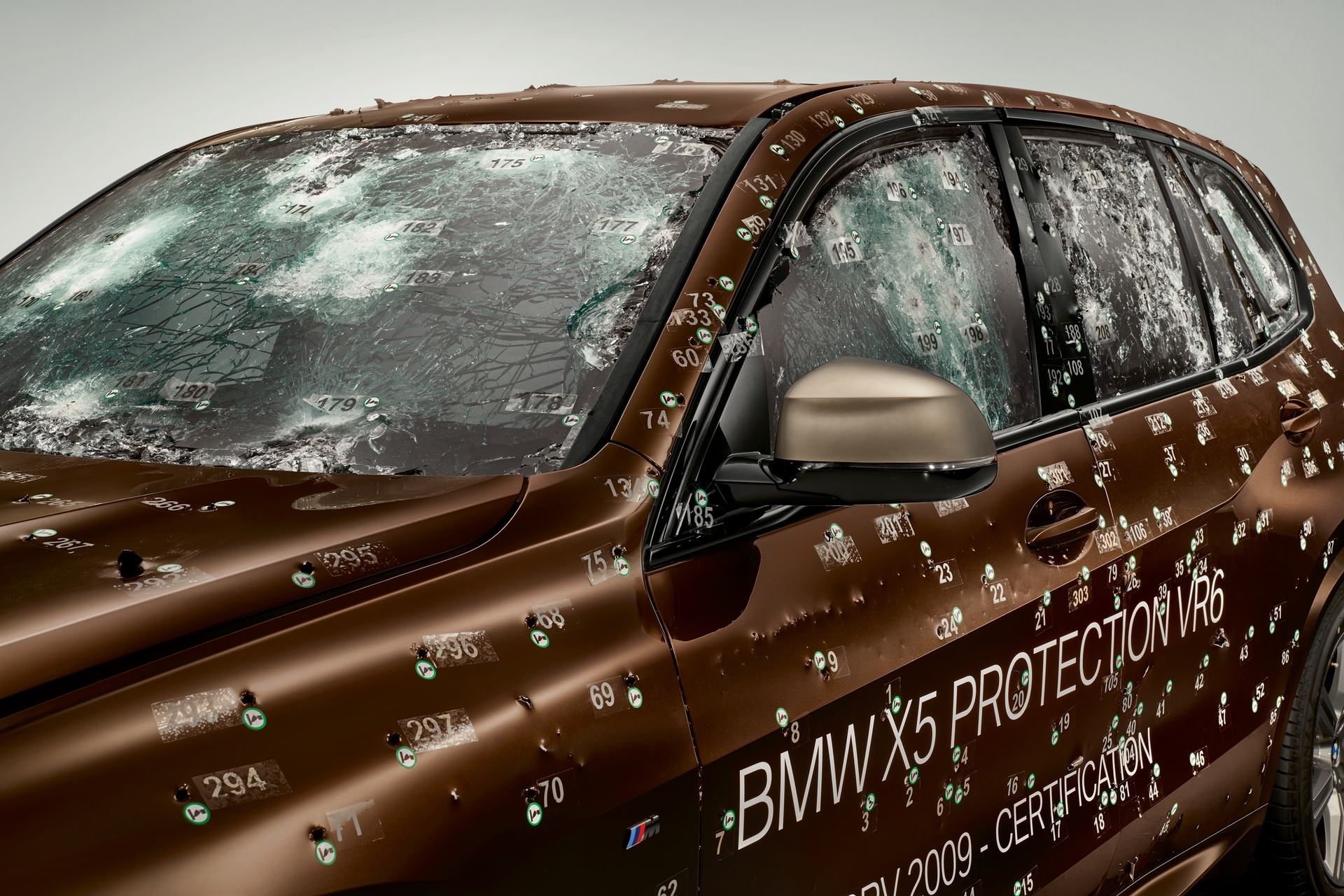 Earlier this week, BMW unveiled the new BMW X5 Protection VR6 armored-plated SUV. The “VR6” in the name denotes the vehicle’s level of armor protection, which is enough to stop bullets from an AK-47 assault rifle, according to BMW. To achieve that level of protection, BMW reinforced the X5 with high-strength steel panels in the doors, body sides, roof, and firewall. The panels were molded to fit the existing shape of the vehicle, so it still looks like an ordinary X5 on the outside. 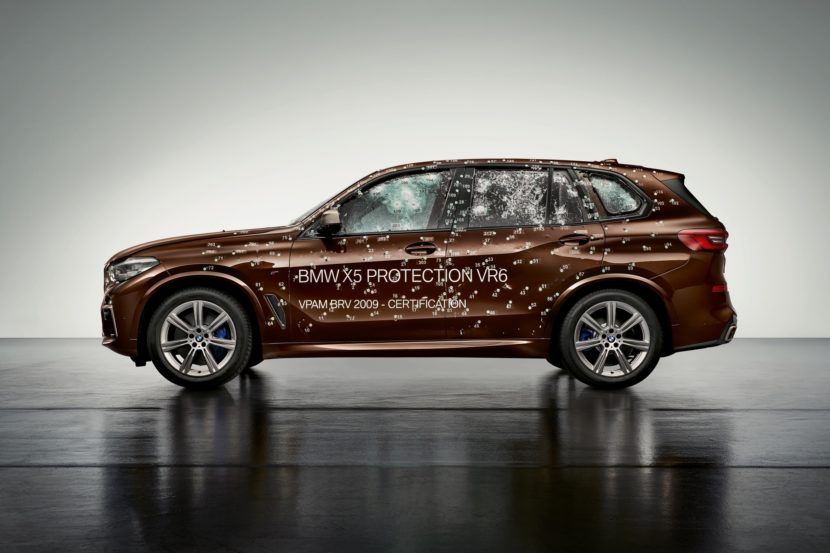 The side windows, windshield, and rear window were replaced with safety glass 1.1 inches thick. BMW claims that the glass can withstand bullets from handheld weapons, and includes splinter protection to keep vehicle occupants from getting cut.

The combination of armor-plated bodywork and security glazing facilitates effective protection against attacks by handguns and long firearms using ammunition up to a calibre of 7.62 × 39 FeC or 7.62 × 39 SC respectively, as used in weapons of the type AK-47, a most commonly used weapon in the world. Furthermore, the armored passenger compartment withstands lateral blasts of up to 15 kilograms of TNT from a distance of four meters.

The standard aluminum underbody shield and floor plating repel the force of a German military-issue DM51 hand grenade, and the fuel tank is self-sealing. The only weak spot, the roof, can be upgraded with armor, too, able to withstand 7 ounces of C4 explosive. 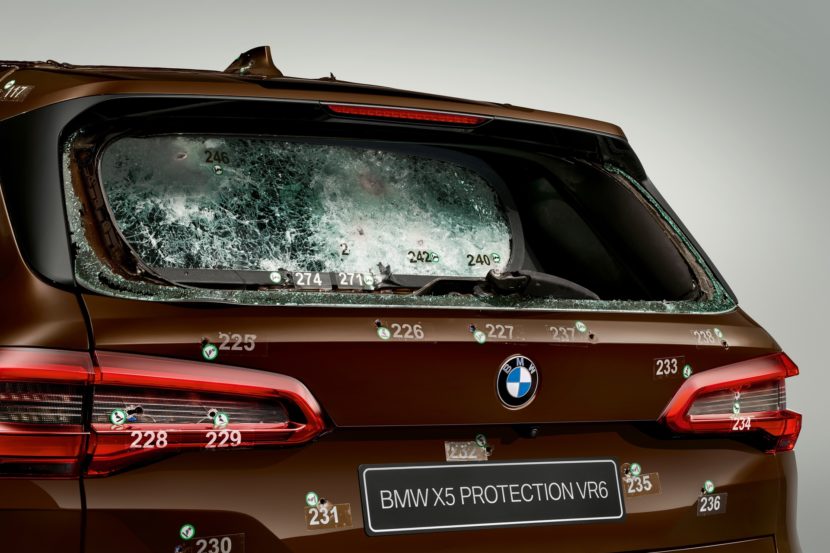 To showcase the level of protection offered by the X5 VR6, BMW published some new press photos showing the bullets “damage” to the car. 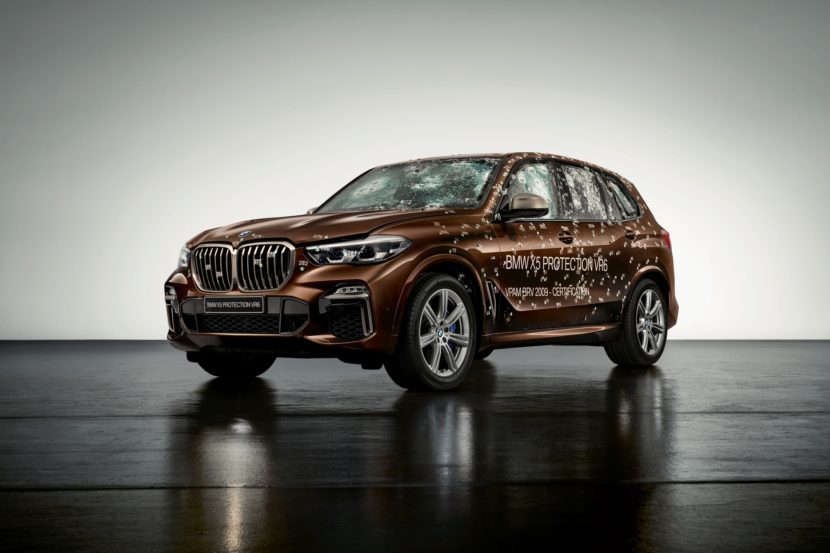 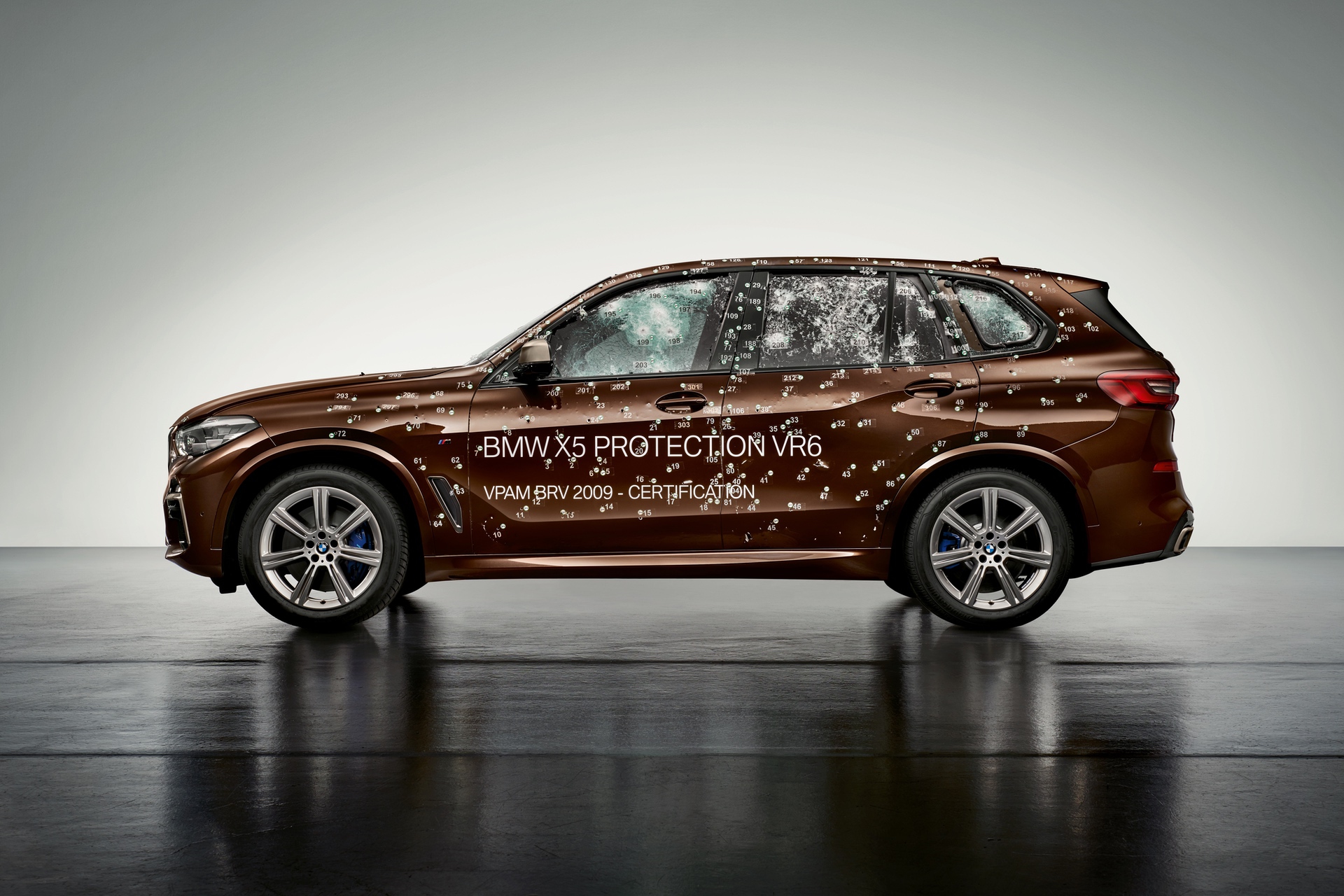 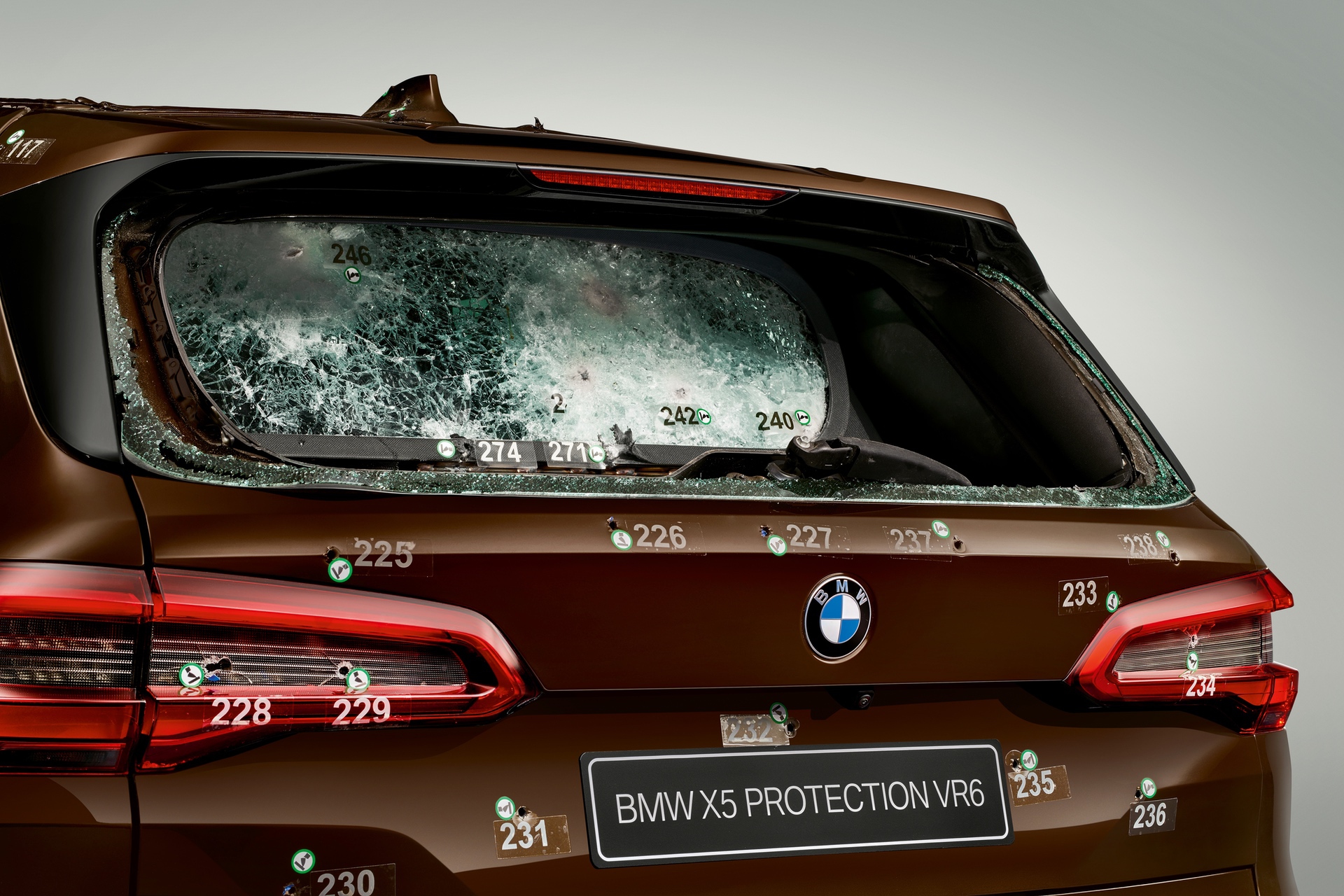 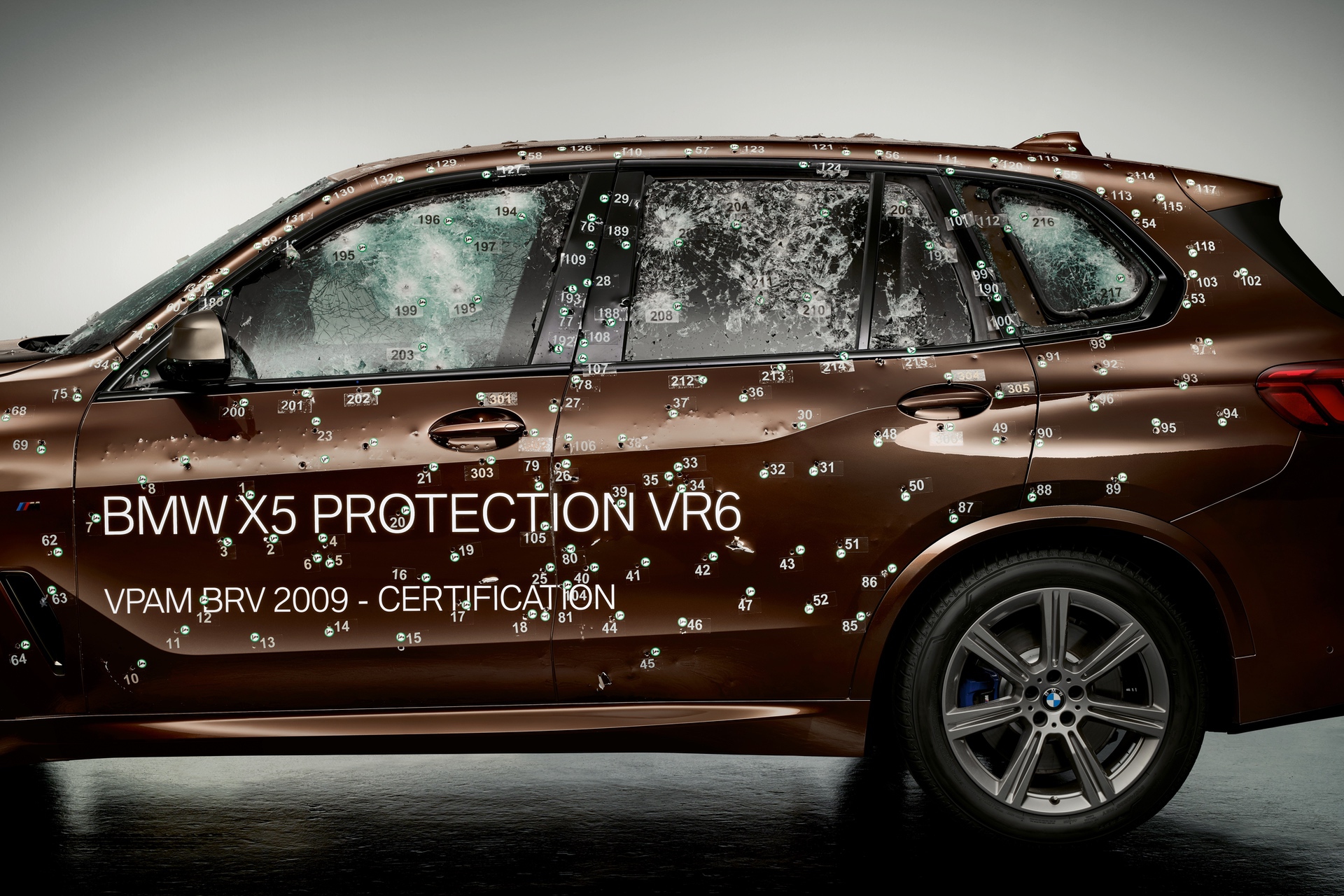 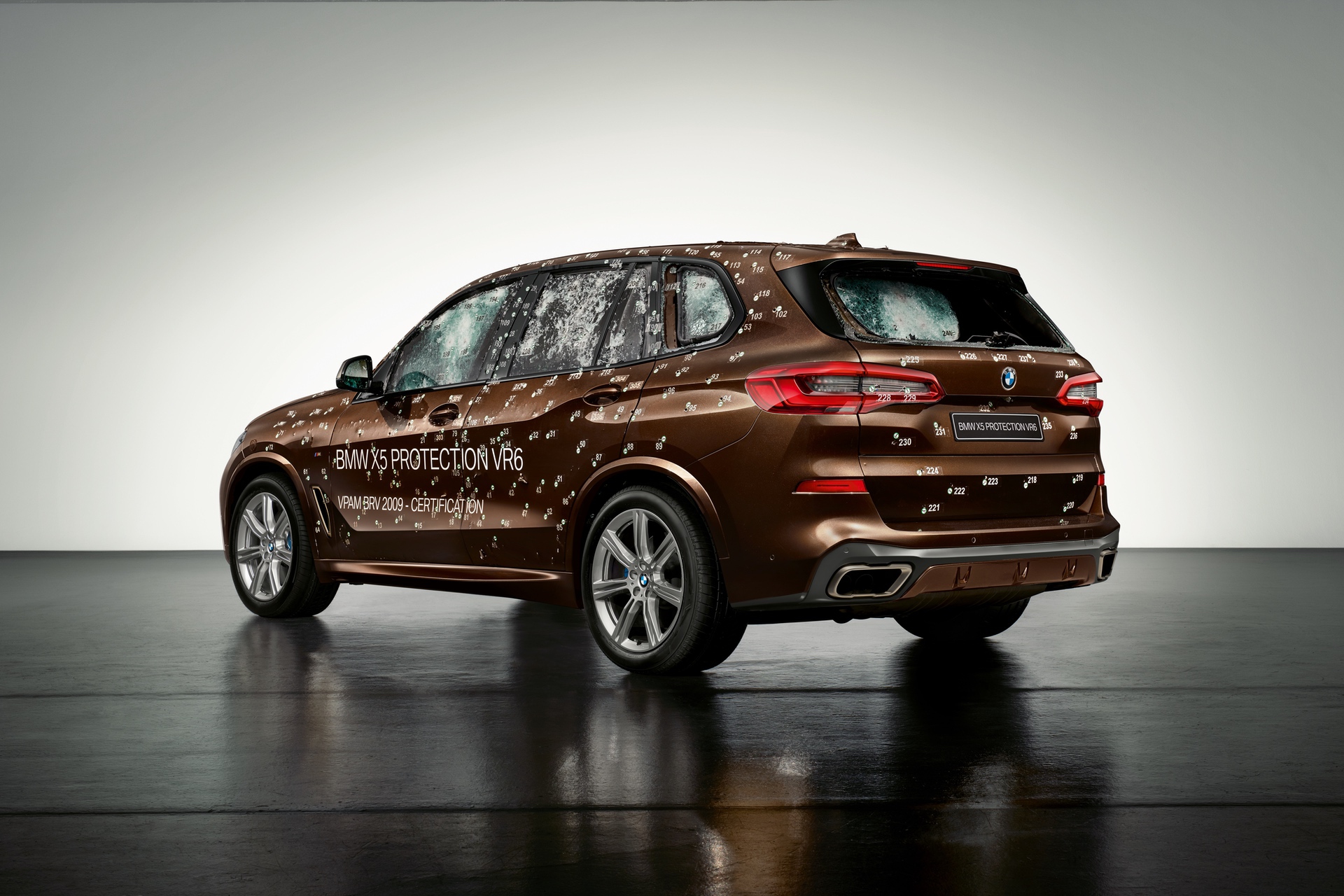