Almost weekly, there’s a new opinion piece from an automotive journalist claiming that we all need to save the manual transmission, as if they’re part of some three-pedal crusade. To be honest, the large majority of car enthusiasts would agree with that sentiment, including us. However, after some thinking, I’m starting to change my tune a bit. Maybe, and I’m just saying maybe, we should let the manual die.

It’s no secret that the manual transmission is on its last legs. It doesn’t have much longer before it’s relegated to the same scrap heap as the carburetor and six-disc CD changer. There are two reasons for this; one is that customers simply don’t buy manuals anymore and the other is that manual transmissions are technically inferior, in every single measurable way, to modern automatics. So there’s only one reason to keep manuals around and it’s entirely emotional.

Enthusiasts like manual transmissions. That’s the really the only reason that most automakers continue developing them. Manuals are fun to drive, more so than any automatic transmission. They provide a connection between man and machine that no automatic can come close to replicating (although, Alfa Romeo’s aluminum paddle shifters are the next best thing).

So why should we just let them die, if they’re so good to drive? Well, for a few reasons. One is that, by keeping them around as long as possible, we’re just prolonging the inevitable. Even if manuals don’t die off soon, the internal combustion engine will anyway. So we’re going to see a future in our lifetimes when three-pedal gearboxes are no longer made, no matter how hard we fight. So we might as well just rip the band-aid off now. Keeping the manual around is like trying to keep a relationship alive when you know the other person just isn’t that into it anymore. Just let it go and move on.

Another reason is that modern manuals are rarely great anyway. There are a few exceptions, of course; cars like the Mazda MX-5, Honda Civic Type R and Porsche Cayman all have great manuals. But those are the exceptions. Most modern manuals just don’t feel great and the reason seems to be the fact that automakers simply don’t want to invest in a ton of fine-tuning for transmissions that will barely sell. BMW is among the most guilty brands of this, as almost every modern Bavarian manual I’ve driven has felt rubbery and vague. Plus, most modern manuals auto-rev-match for you, which most enthusiasts hate (I like it but, hey, I’m lazy). Some brands allow you to turn it off but others don’t. 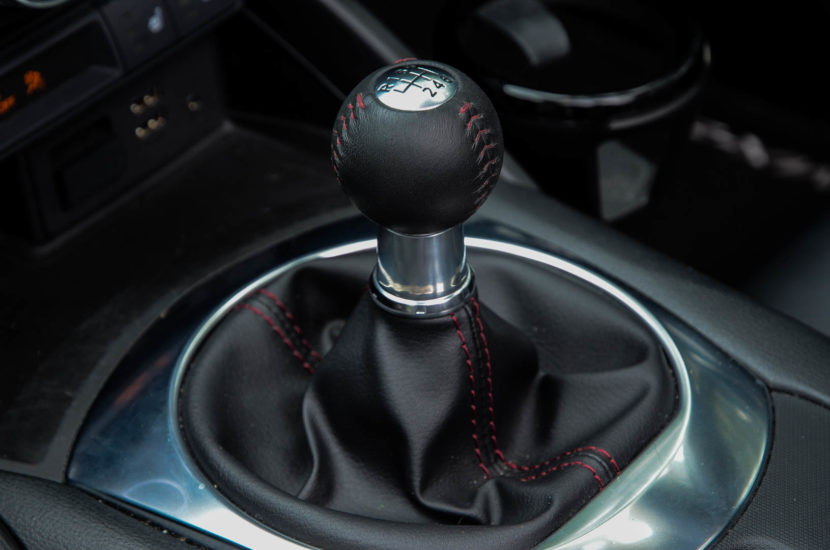 Mazda MX-5 Shifter — One of the few great modern manuals

Finally, the last reason for me feeling like we should just send the manual transmission off to Valhalla is that I’m tired of car companies getting our hopes up. There’s always some engineer or product manager from a brand that claims they’ll continue to make manuals until the moment when they absolutely can’t any longer. Except that moment almost always comes immediately after that statement. No matter how hard brands try and claim that the enthusiast market drives their products, it doesn’t. Customers and corporate bean-counters do. And when the bean counters say there aren’t enough beans for row-your-own gearboxes, that’s it. No more.

So rather than just get our hopes up, over and over again, only for us to be let down, let’s just accept our fate and let the manual go. This is coming from someone who daily-drives a manual, by the way. I do love driving a proper gearbox and all of the nuance that comes with it. But my car is old and therein lies the answer; old cars with manual gearboxes exist by the ship-load. So buy your new car with a brilliant, easy-to-use, quick-to-shift automatic and have an old, classic sports car in the garage for when you need your three-pedal fix.

Or maybe I’m just overtired and need to lie down.