Not long after BMW unveiled the BMW M850i, the guys from Manhart were among the first tuners to put out an upgrade for its engine. Back then, their product made headlines as it turned the M Performance 8 Series into a proper M8 rival, at least when it comes to power output. The 4.4-liter twin-turbo V8 under the hood could be taken to no less than 621 HP now, thanks to Manhart’s tinkering.

However, when it was originally announced the news came without a full set of photos of it. Instead, Manhart released a couple digital renderings of what it would look like in the end. Today, the German tuner released a few pics of a real-life model and it looks absolutely insane. Everything was done in typical Manhart fashion, with 21 inch matte black wheels replacing the stock ones, yellow accents all over, including the hood and the front fascia, as well as a lot of carbon fiber parts spread across the entire car.

There’s a new rear spoiler (the stock M850i comes with a subtle one), a new splitter up front and a diffuser in between the exhaust tips. Along with the new wheels, the tuning company also lowered the car by 30 millimeters with a set of H&R springs for better control at higher speeds. Thus, there’s little to no space left in the wheel well now and that gives the MH8 600 an even meaner demeanor. Inside the cabin not a lot changed except an MH8 600 badge on the center console. 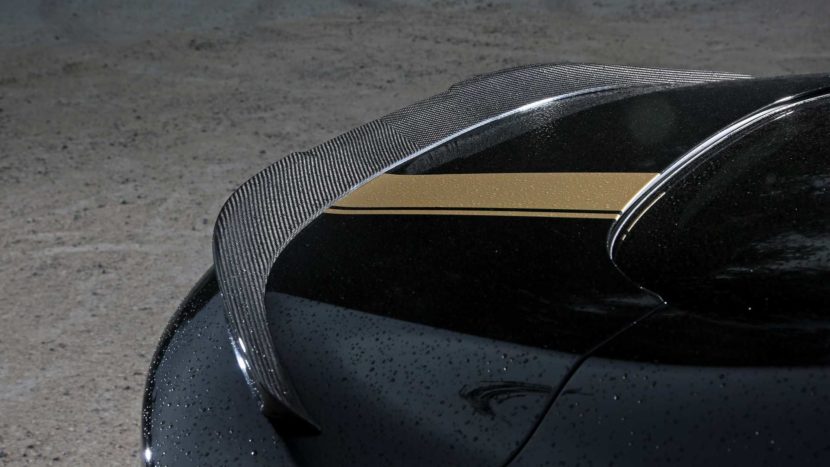 The biggest changes happened under the hood, as I said. The car now has 621 HP and 890 Nm (656 lb-ft) of torque under its belt, instead of the stock 523 HP and 750 Nm (553 lb-ft) of torque. Those numbers should allow the MH8 600 at least keep up with the M8 Coupe in a straight line. I guess we need to get the two together to see which is faster then because Manhart didn’t offer any acceleration times. 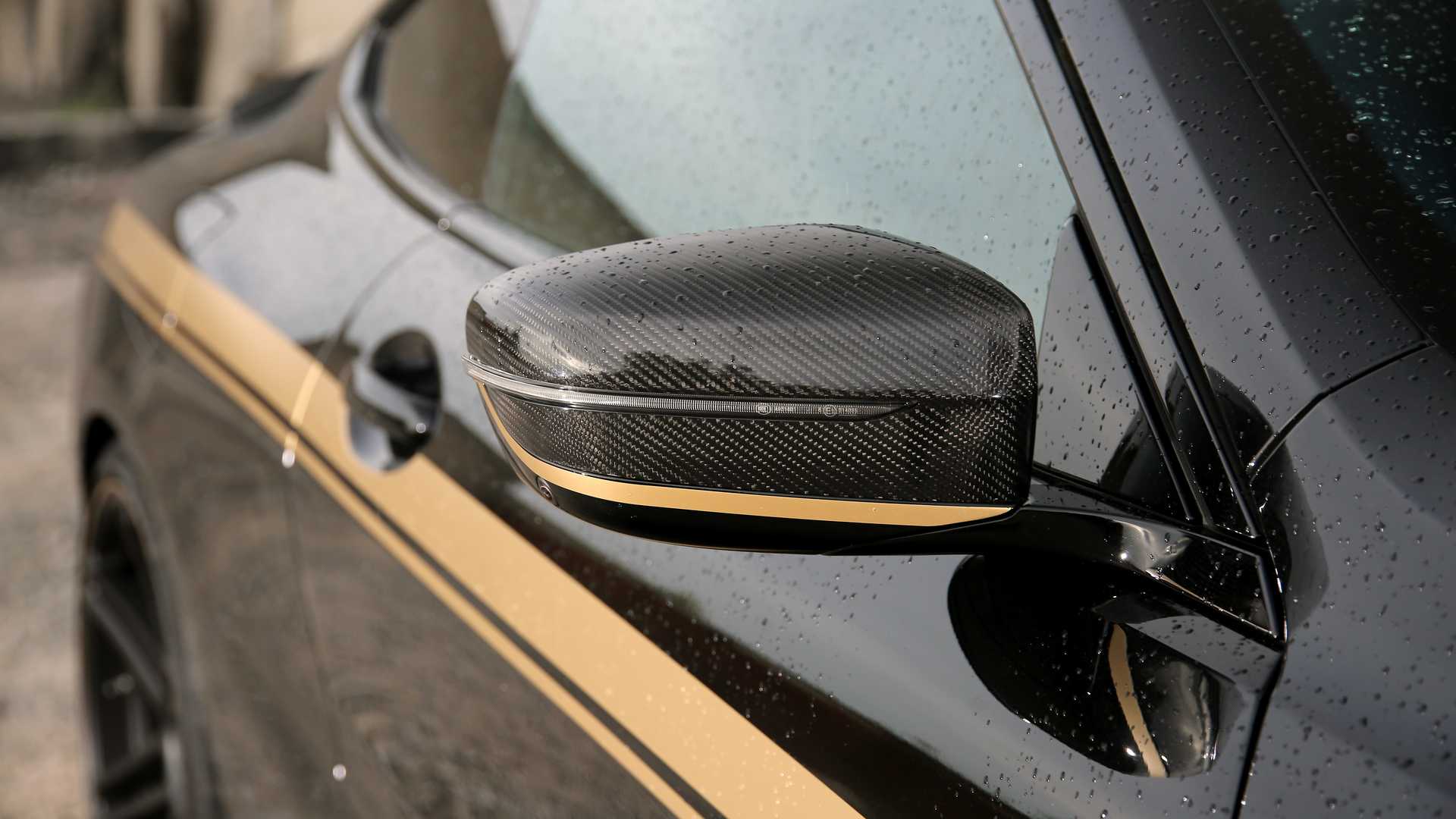 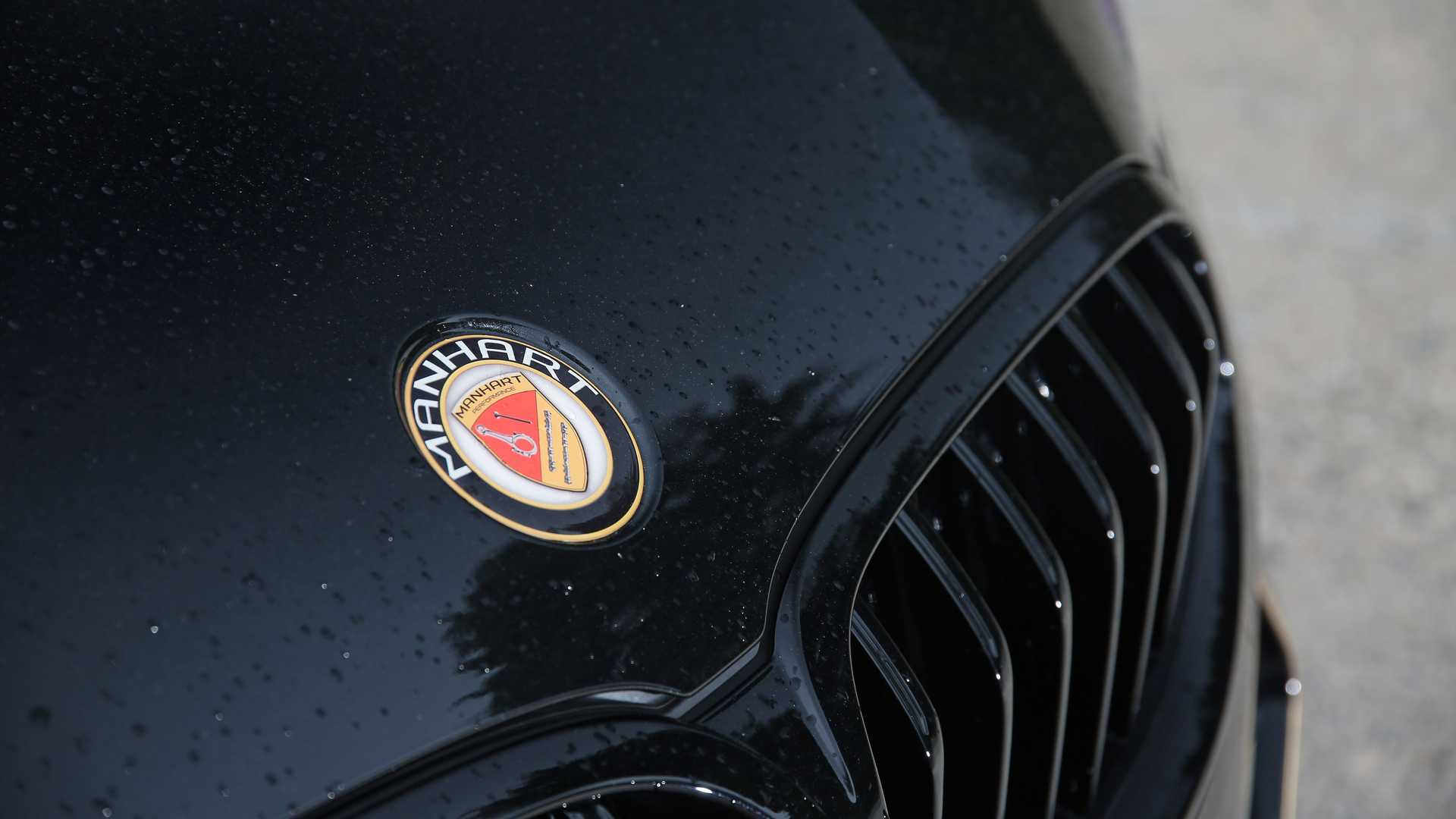 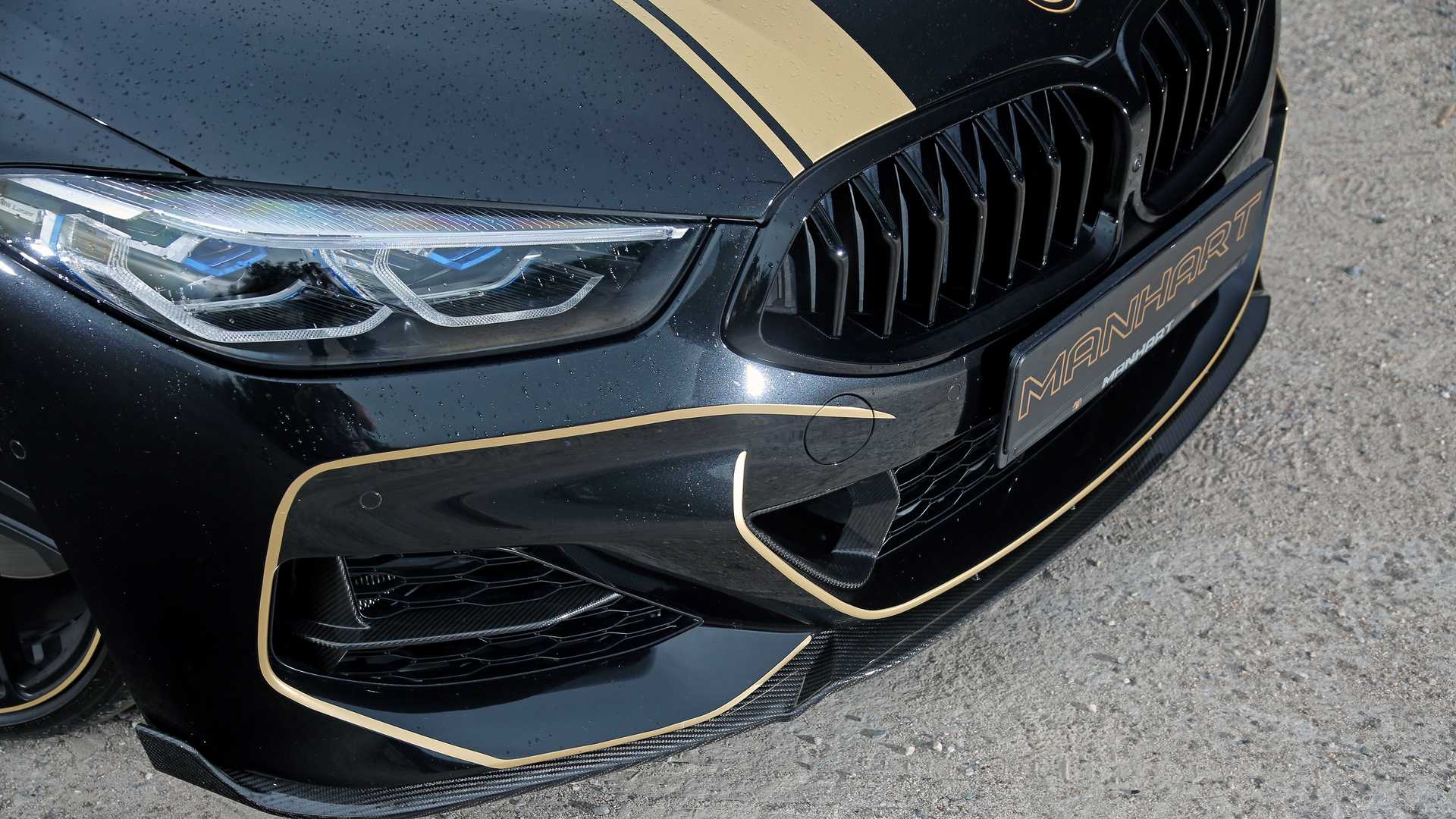 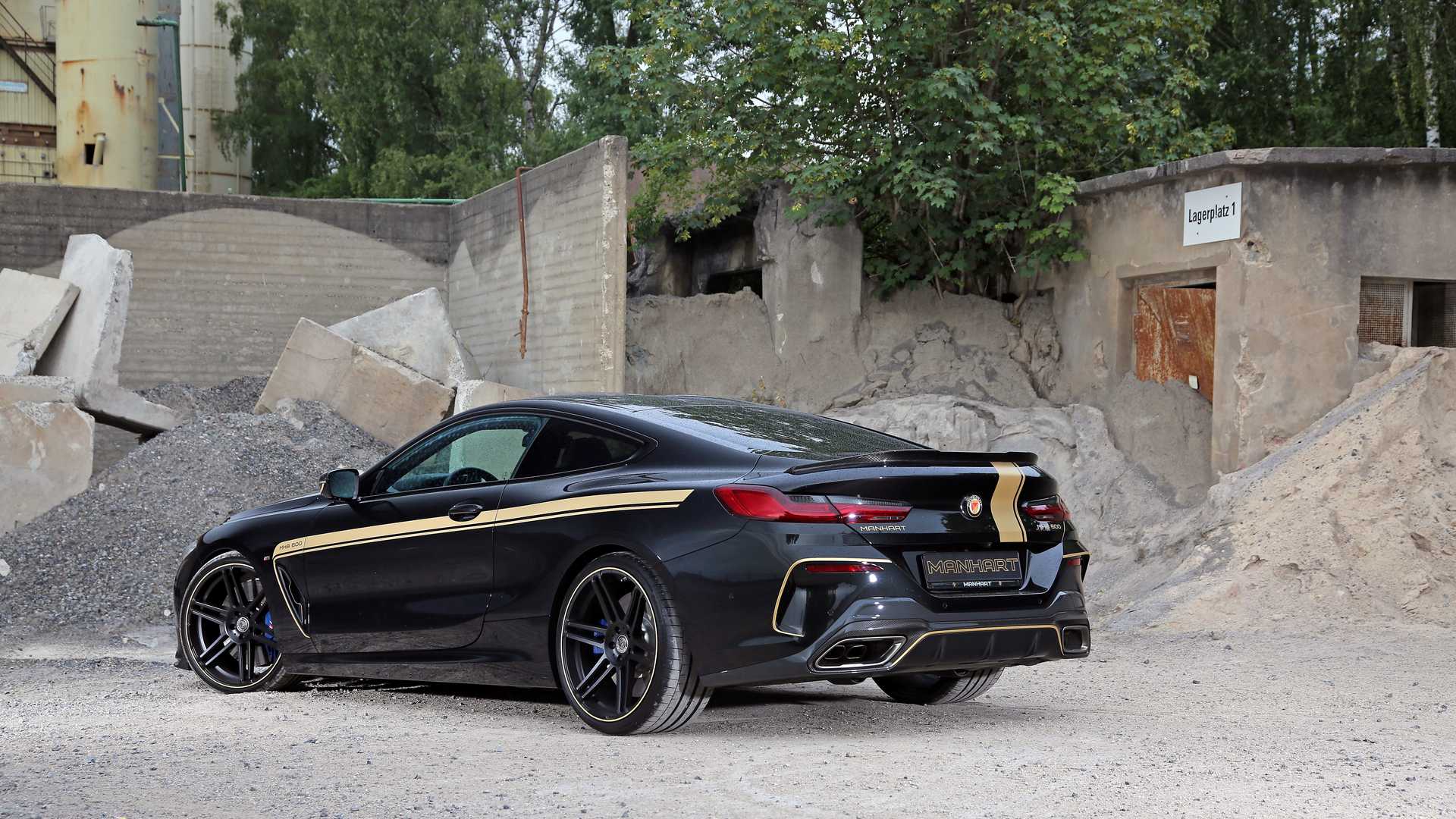 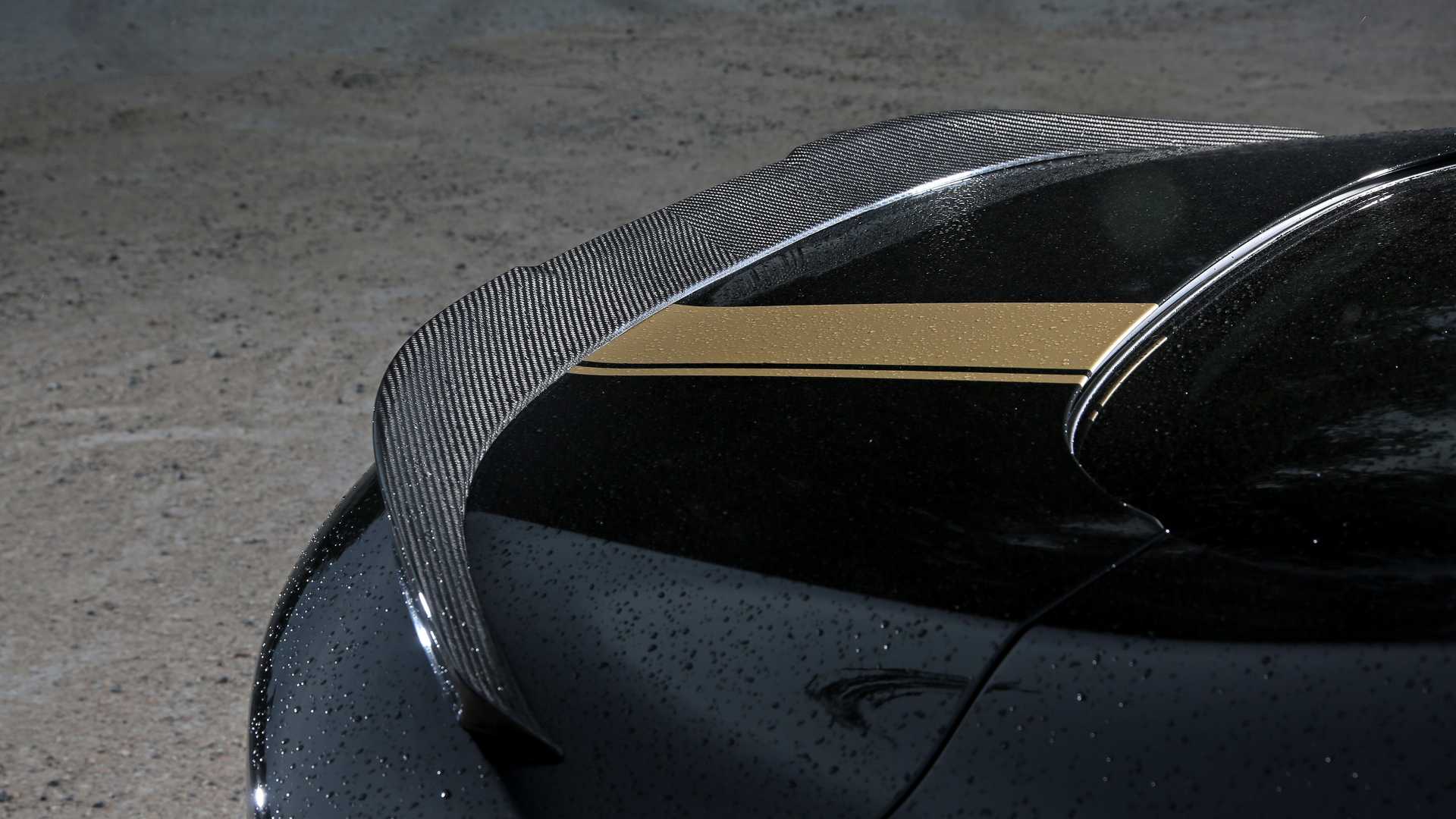 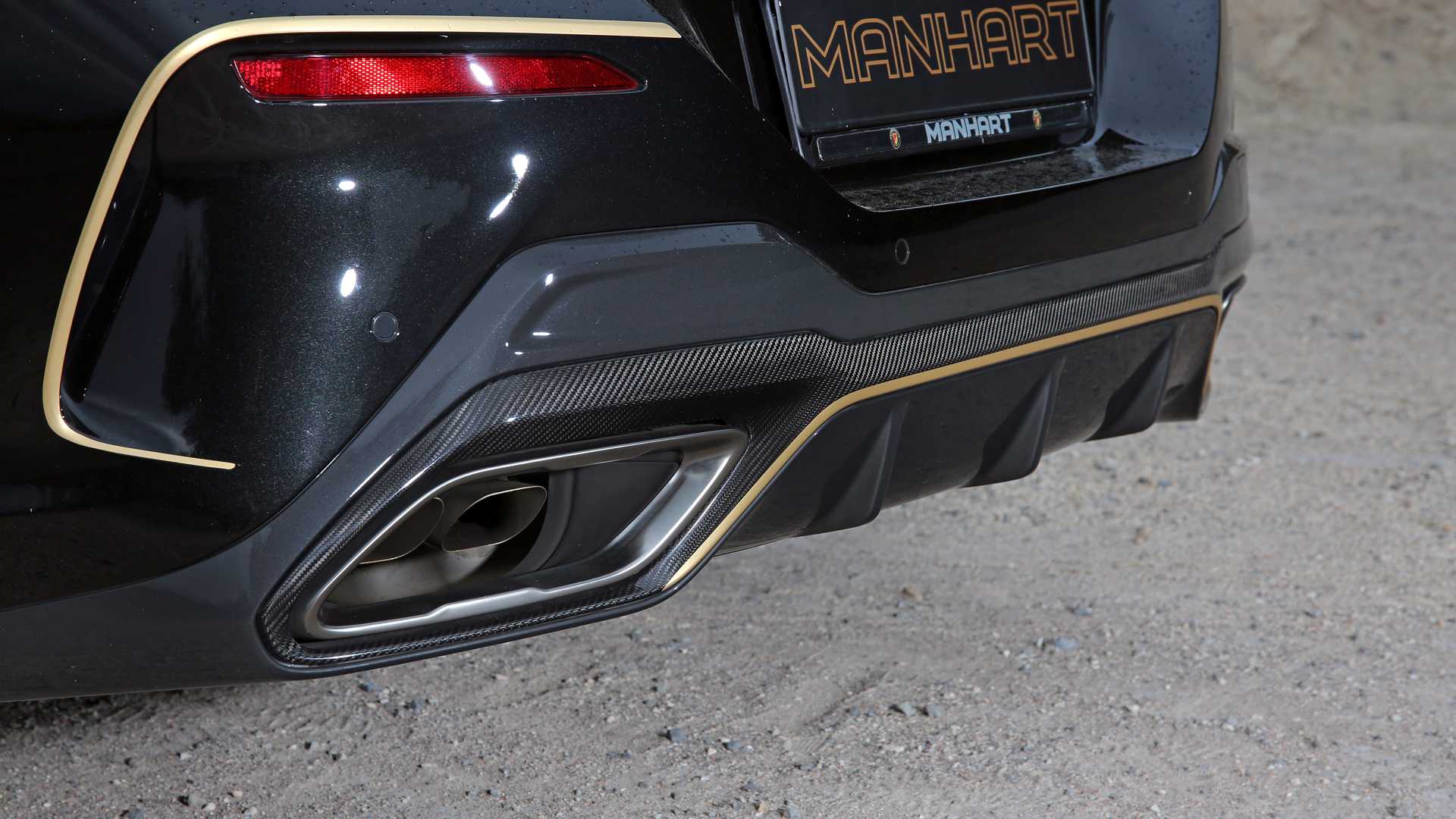 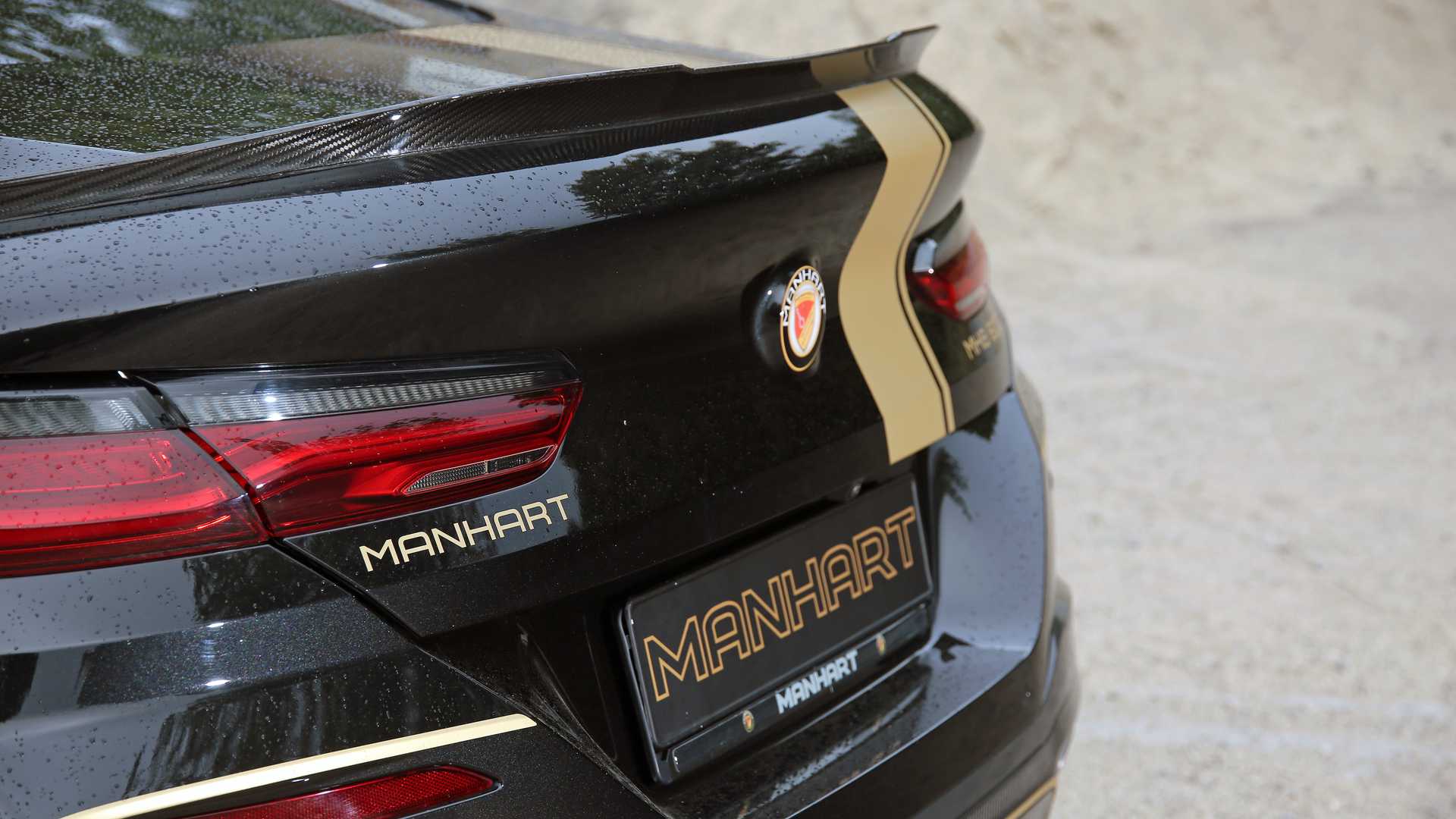 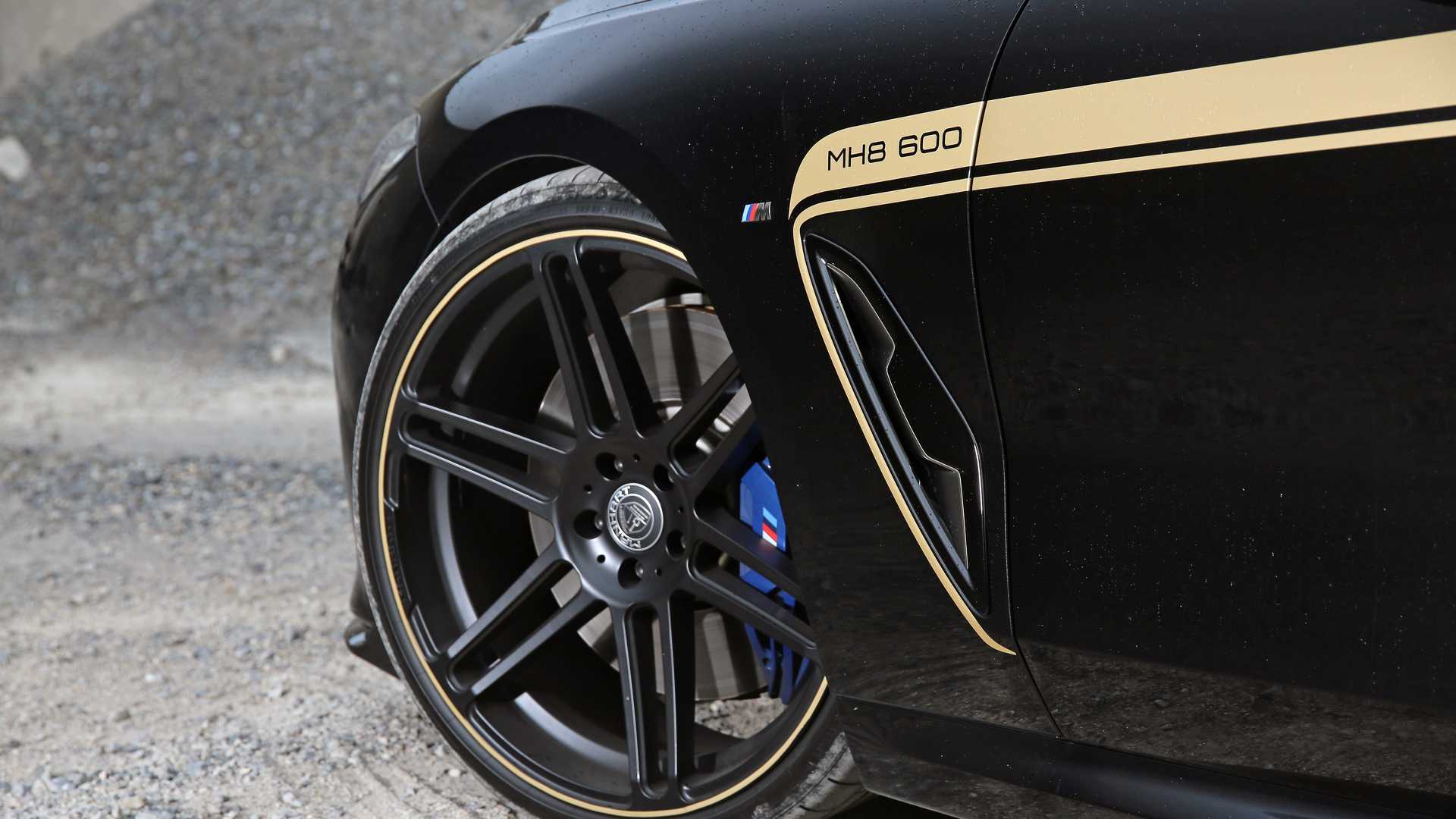