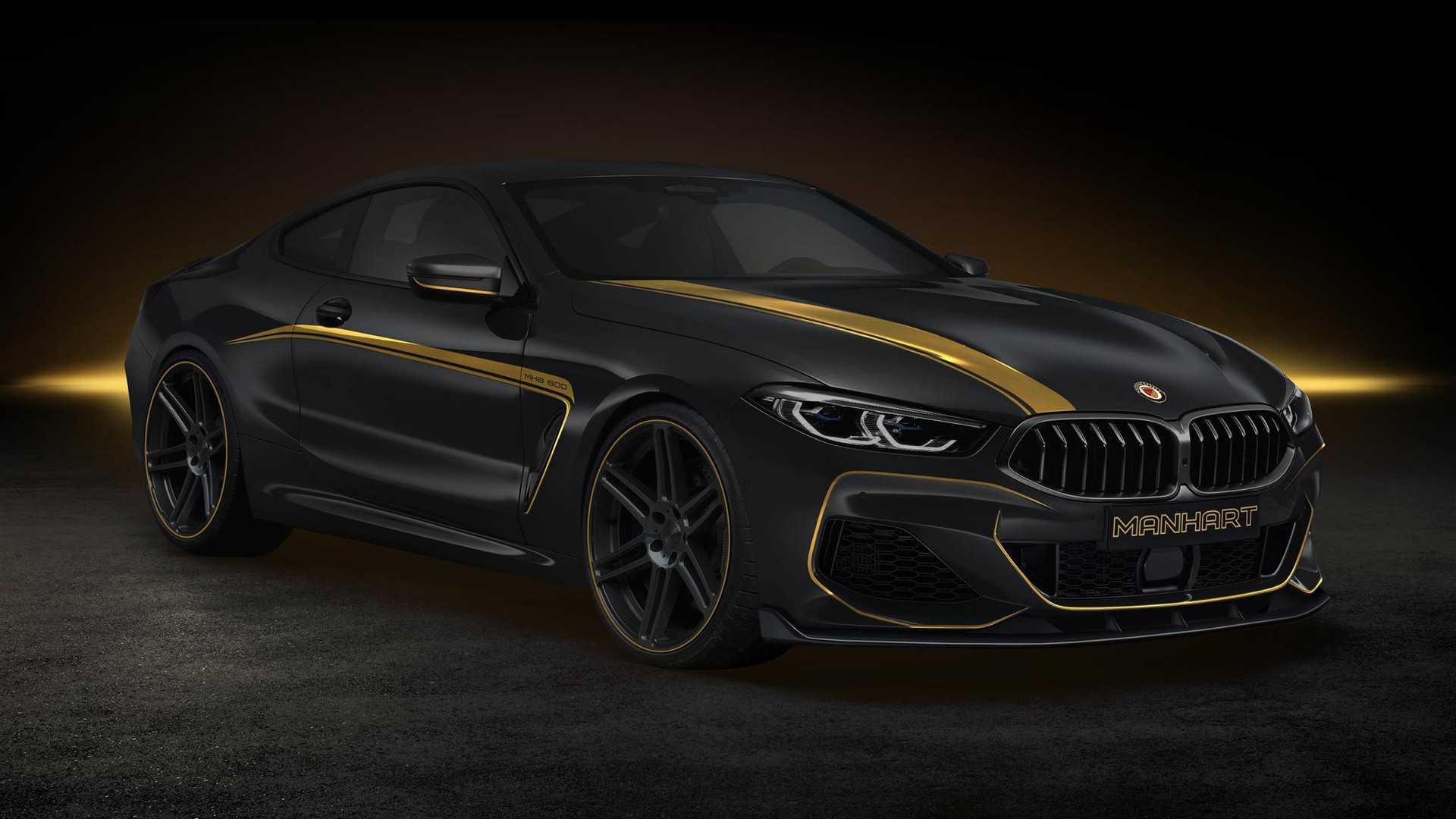 It was only a matter of time until the guys from Manhart Performance showed us what they have planned for the BMW M850i. Usually, the German tuner deals only with M models but since the M8 is taking so long to show up, they decided to show us what they have in store for the M850i xDrive. Just yesterday, they published a couple of shots of a blacked out M850i in front of their HQ while now they’re giving us a set of renderings of what their MH8 600 project will look like.

For now, this is just a project, as the car is not done yet but we can get a rough idea of what it’s going to bring to the table. The usual Manhart treatment was applied, with the sharp silhouette of the M850i xDrive model getting golden stripes on the sides and the rear, a boot lid spoiler, quad exhausts with carbon fiber tips, a new rear diffuser and the Manhart forged wheels, also done in black. 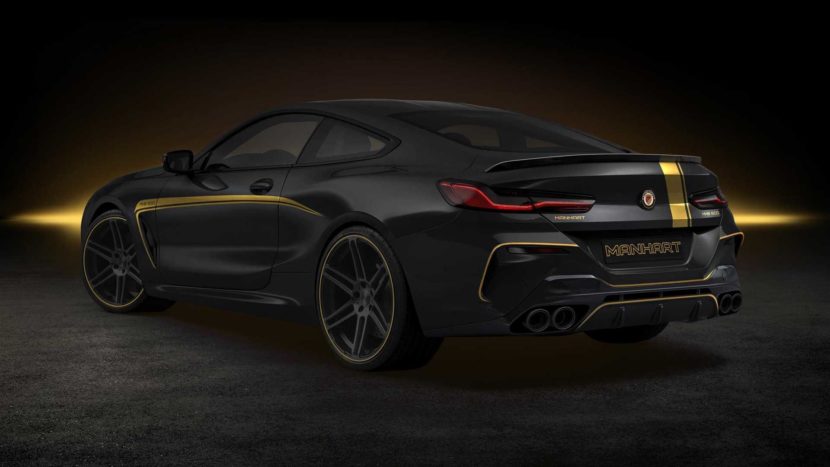 There’s also a splitter up front, right under the standard bumper which also was “decorated” with golden accents. The combined elements paint a pretty picture, one that could even rival with the AC Schnitzer version, which looks even meaner by our standards. Under the hood though, the horsepower war is won by the Manhart Performance people, at least on paper and at least for now.

According to them, the kit also comes with an upgrade for the N63 engine under the hood. The 4.4-liter twin-turbo V8 is taken from 530 HP and 750 Nm (553 lb-t) of torque up to 621 HP and 870 Nm (642 lb-ft) of torque, numbers good enough to rival even the upcoming M8. Combine those figures with the xDrive all-wheel drive transmission and things could get seriously quick in no time. Manhart didn’t provide any provisional performance or acceleration figures for now.