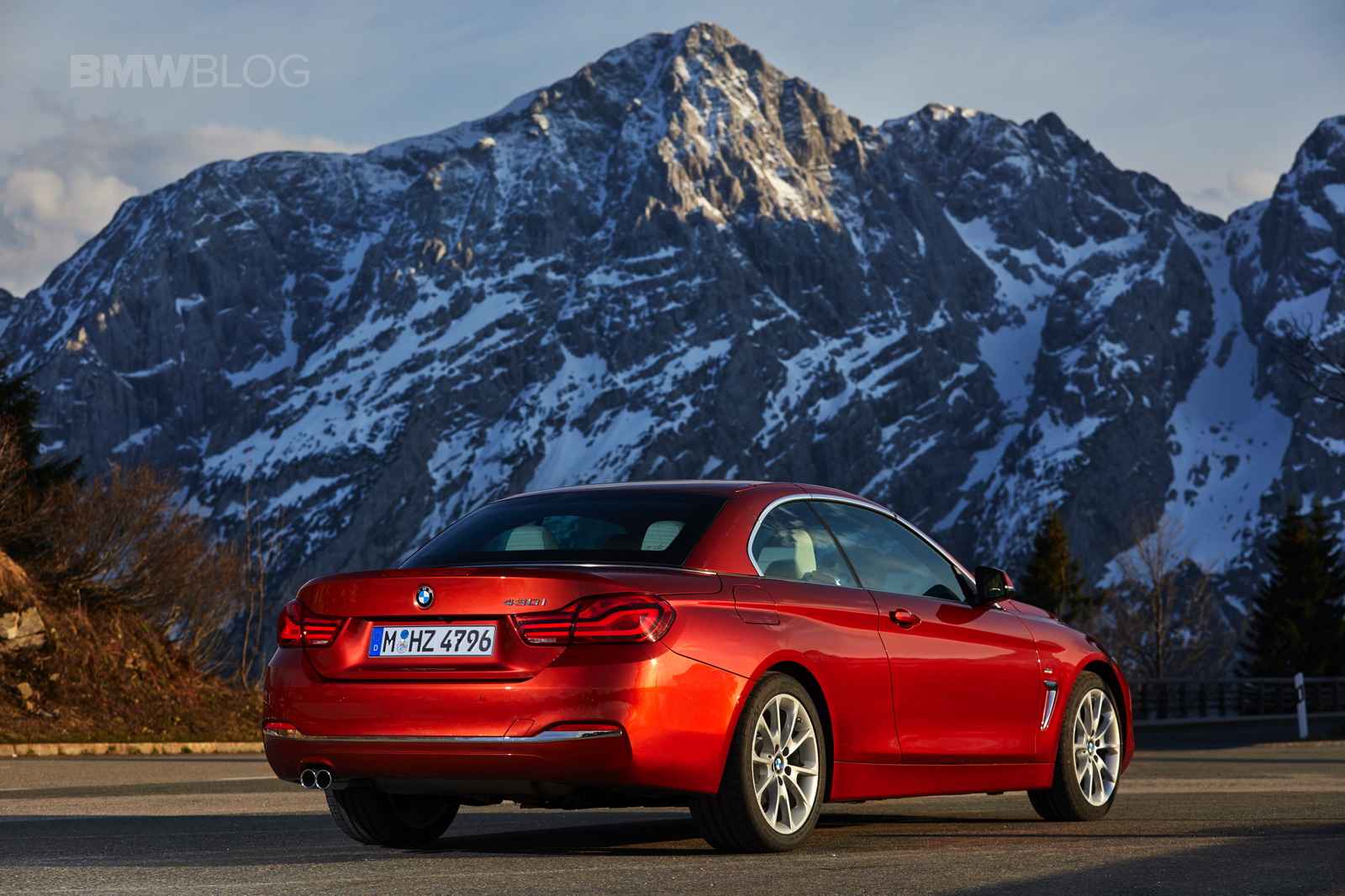 Now that the new G20 BMW 3 Series has been released, the most ancient feeling car in the Bavarians’ stable is the 4 Series. Based off of the F30 chassis, the F32 4 Series (Convertible pictured above) looks and feels seriously dated compared to its new rivals and even its own new siblings. So it’s in desperate need of an update. Thankfully, one is on the way and the convertible version has just been caught testing. (We don’t own the spy photos but they can be seen here)

In these new spy photos, we can see the new BMW 4 Series Convertible testing on the street, wearing heavy camo and its roof up. That roof is the most significant talking point of this new 4 Series ‘Vert. That’s because it’s switched to a fabric soft top, rather than a metal hard top. A lot of customers like the current car’s hardtop but most enthusiasts aren’t as big of fans. That’s because the folding metal roof adds a lot of weight and unnecessary complexity.

So the new soft top is likely a welcome sight to those enthusiasts who prefer lighter weight and simplicity. Plus, as most enthusiasts will agree, there’s something more premium looking about a soft top, which is why Rolls Royce, Bentley and Aston Martin all go for fabric roofs on their convertibles. 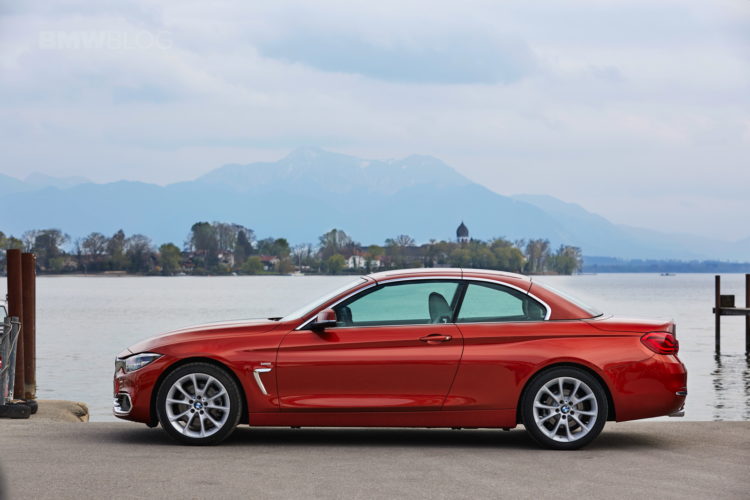 We also get to see its new interior in these photos. As expected, the new 4 Series has basically the same interior as its 3 Series sibling. It sports the same iDrive screen and controller, shift lever, digital gauges and climate controls. It’s basically exactly the same as the new 3er, which isn’t a shock. Still, it’s a great interior and a huge improvement over the old car’s.

Dynamically, the previous-gen 4 Series Convertible wasn’t great. It was too heavy and not structurally rigid enough to feel premium or fun. My most recent experience in one was in an M4 Convertible this past summer and every single bump made the entire car shimmy and shake. It was not a premium or enjoyable experience. It also felt sloppy in its handling and wasn’t as responsive as we’d like.

So we’re hoping this new car brings some much needed dynamic and comfort improvements to go along with its new looks, convertible top and interior.