SPIED: BMW 4 Series Convertible caught with its roof up

Home » SPIED: BMW 4 Series Convertible caught with its roof up 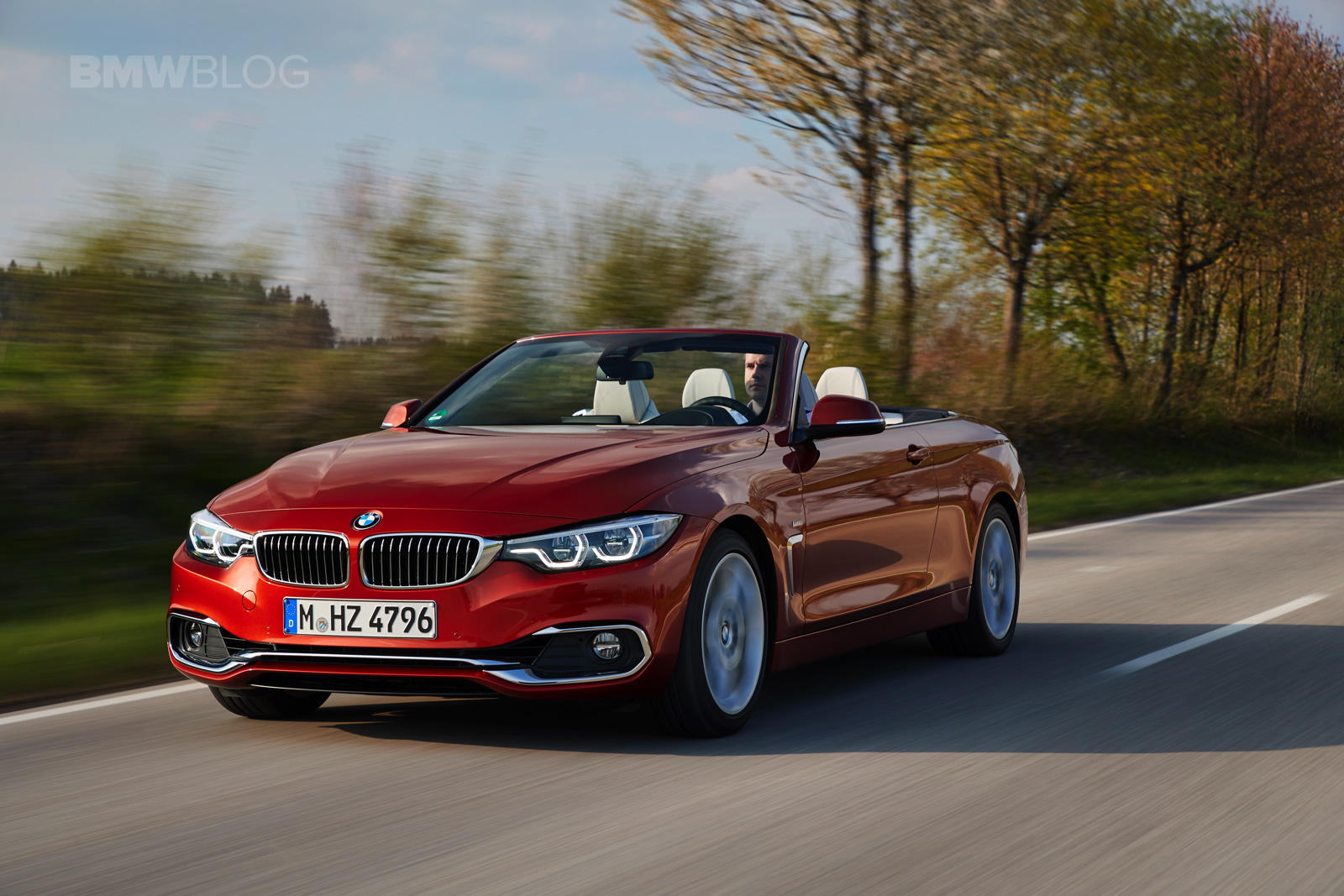 It seems as BMW is testing quite a few 4 Series Convertible test mules as of late. There are seemingly dozens of spy photos emerging of the upcoming drop-top 4 Series. Oddly, we really haven’t seen any spy photos of the 4 Series Coupe. Though, we’ll take whatever we can get, I guess. In these new photos, we see the 4er Convertible with its top up again but we get a bit closer than ever before. (We don’t own the spy photos but check them out here)

Judging from the looks of it, it seems as if BMW might be going for more of a Baby-8 Series approach for the upcoming 4 Series, rather than just a two-door 3 Series. It seems a bit smoother than the 3, with a very subtle body line that rises over the rear wheel well. So it looks a bit muscular but smoother than before. In fact, its smooth body line looks similar to what Mercedes is doing right now, as if the body lines were worn smooth, like a pebble in the ocean.