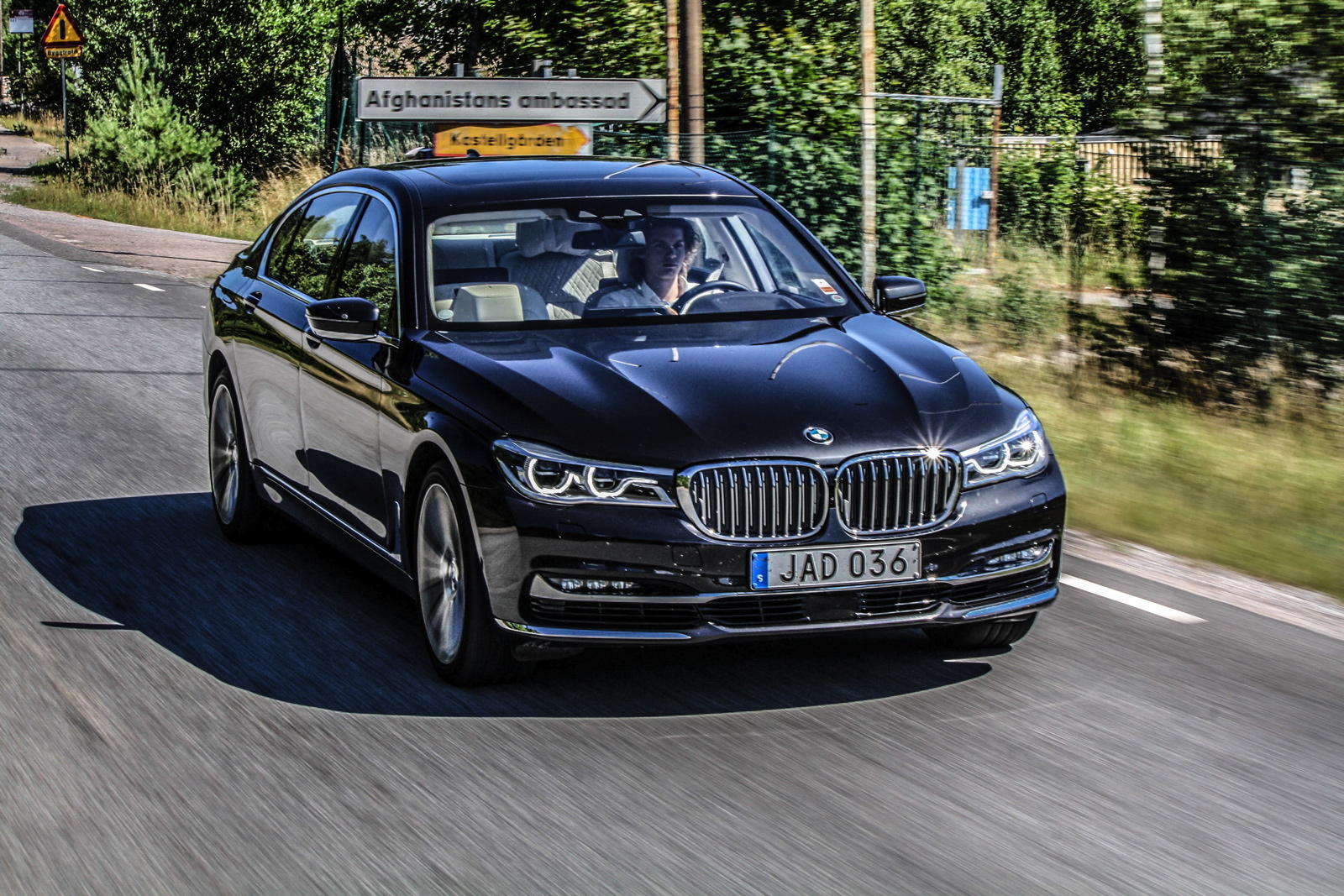 This current G11-gen BMW 7 Series is a good car. It packs tons of luxury and technology into an impressively dynamic luxury car chassis. However, it does have a bit of a problem — it’s looks. It’s not that the 7 Series is ugly, it’s just a bit blah. Nondescript. Milquetoast. It needs some flash, some excitement. And it seems that it’s going to be getting a bit of that with its new facelift, which was just recently caught wearing camouflage. (We don’t own the spy photos but you can see them here)

In these photos, despite the car having been wrapped in camo, we can clearly see that it has a very similar face to that of the upcoming BMW X7 SUV. The Kidney Grilles are massive, like the X7’s, and seem to join at the middle. They’re enormous, in fact, almost comically so. Seriously, it looks like you can fit a small dog inside of each one.

The headlights are also narrower and a bit sportier looking than the long sweeping ones on the current car. They look better, too, as the current car’s headlights look a bit odd, as if its face skin is being pulled back on each side.

Out back, it seems as if it might be getting new taillights but, if so, they’re not drastically changed. The lights inside the actual taillight housing are different, too, it seems. The rear end is heavily camouflaged, just like the front end, so we expect at least a couple of significant changes.

There don’t seem to be any spy photos of the interior but we’re not so sure BMW is going to update much about its cabin. The inside of the 7 Series is already very nice, even if it’s a bit less dramatic than its competitors’ interiors. It will likely get BMW’s new tech, though. So it will almost certainly see the brand’s latest iDrive system and maybe even its new digital gauge cluster.

We’re excited to see what’s in store for the new 7 Series facelift. It’s a good car that has always seemed like it just needed a bit more fine-tuning to make it truly special. So hopefully that’s exactly what happens.