When the current M3 came out, a vast majority of people declared themselves disappointed in how it sounded. Whereas I never had an issue with the S55 engine, I think a lot of people were still comparing the new straight six engine with the old V8 and that’s simply not fair for the former. However, I can definitely understand why the S65 engine will be missed, especially if we’re to take the video below into consideration.

What the old 4-liter engine lacked in torque it made up for in revs. With a redline at over 8,000 RPM, that’s simply something you don’t get to see on cars launched today, making the E92 M3 a future classic. But the guys from ESS have a solution for you: supercharging. Their kits are known as some of the best money can buy and they can take your 420 HP car up to 650 HP, if you’d like and if you can afford it. 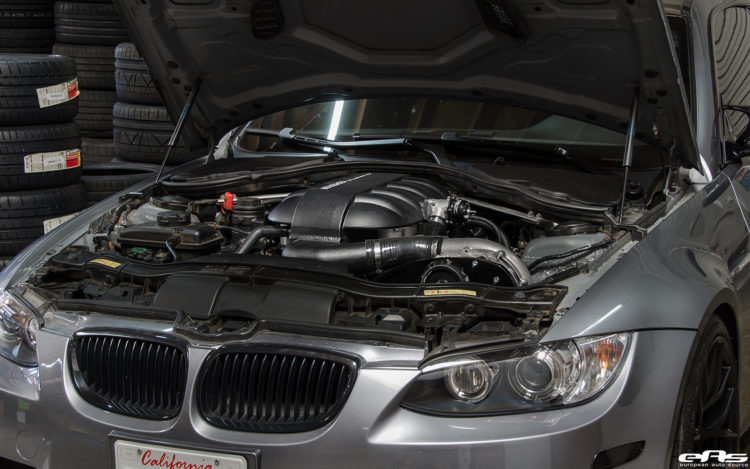 The car in the footage below is seemingly equipped with a VT2-625 kit and has around 625 HP to play around with. Unfortunately, it comes with a manual gearbox and that means it will be slower than a comparable car fitted with the 7-speed dual-clutch gearbox. That becomes pretty evident in the drag race we’re looking at, as the RS6 it goes up against uses an automatic gearbox.

Speaking of which, the sedan RS6 is a legend in the automotive world. It used a proper V10 engine that was ‘borrowed’ from Lamborghini and then turbocharged for even more power. In standard guise, the RS6 used to come with 580 PS and 650 Nm (479 lb-ft) of torque turning it into a proper land rocket which was capable of reaching 60 mph in 4.3 seconds. The one in the footage below is even faster though, thanks to some tinkering in the engine department, and apparently has 700 HP at its disposal.

Who would win in a rolling race? Let’s just check the clip.