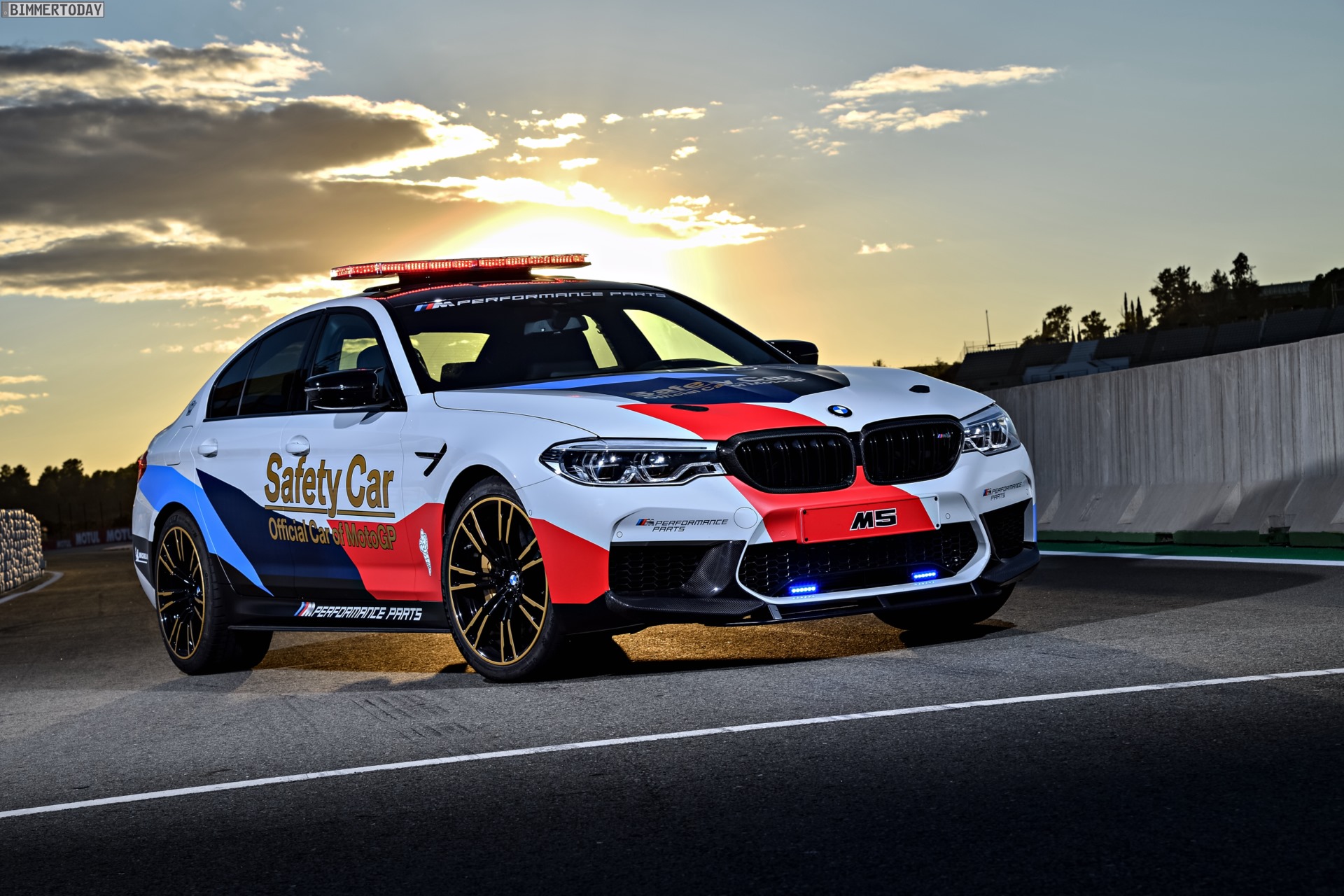 This weekend will mark the beginning of the 20th season of the MotoGP competition in which BMW is involved as a sponsor. The German brand will be celebrating its 20th anniversary as  “Official Car of MotoGP” in Qatar this upcoming weekend as the 2018-2019 season kicks off. The M Performance BMW F90 M5 Safety Car will be there, of course, as will be officials from the brand. 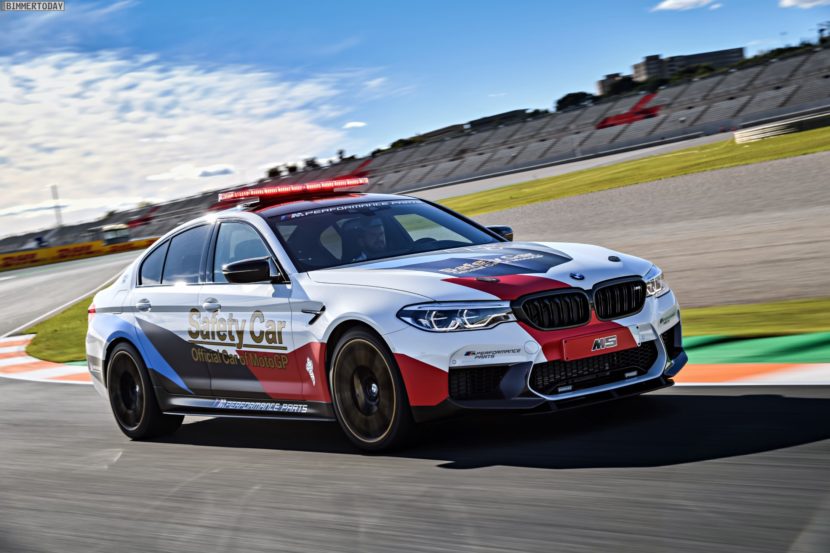 BMW and BMW M have been involved as partners of MotoGP organizer Dorna Sports since 1999 their efforts being mostly noticeable when it comes to the safety car fleet. In the 2018 anniversary season, the fleet will be headed by the new BMW M5 MotoGP Safety Car. BMW M will provide a total of seven BMW M high-performance cars this year to ensure the safety of the race events. The fleet of safety and official cars has always consisted of the latest BMW M models, optimized for use on the racetrack. Celebrating the 20th anniversary, BMW M remains true with this philosophy and sets a real highlight with the new BMW M5 MotoGP Safety Car.

“I would like to take this opportunity to thank Dorna Sports for the faith they have shown in us for what is now two decades. Rarely do you come across such a long and successful partnership in sport, and we are proud of this special anniversary,” said Frank van Meel, President of BMW M GmbH. “When we partnered with MotoGP organiser Dorna Sports in 1999, our aspiration was to use all our expertise, innovative technology from motorsport and new ideas to serve safety in the MotoGP. That remains the case today. 20 years down the road, Dorna Sports still has a strong partner on board, in BMW M GmbH, for whom the safety of the riders takes top priority.”

The new course car is based on the high-performance sedan BMW M5. Painstaking manual work at the BMW M Manufaktur in Garching converted the high-performance base car into the BMW M5 MotoGP Safety Car, preparing it to appear as the course car in MotoGP. Alongside the new BMW M5 MotoGP Safety Car the BMW M3 Safety Car will also be in action. BMW M will provide the Safety Officer and the Race Director with a BMW M4 Coupé Safety Car with water injection and a BMW M2 Safety Car. In addition, the BMW X5 M Medical Car will take to the track this season and a BMW M6 Gran Coupé Safety Car also stands ready to be in action. Two BMW S 1000 RR, which BMW Motorrad provides as safety bikes, complete the 2018 safety car fleet. 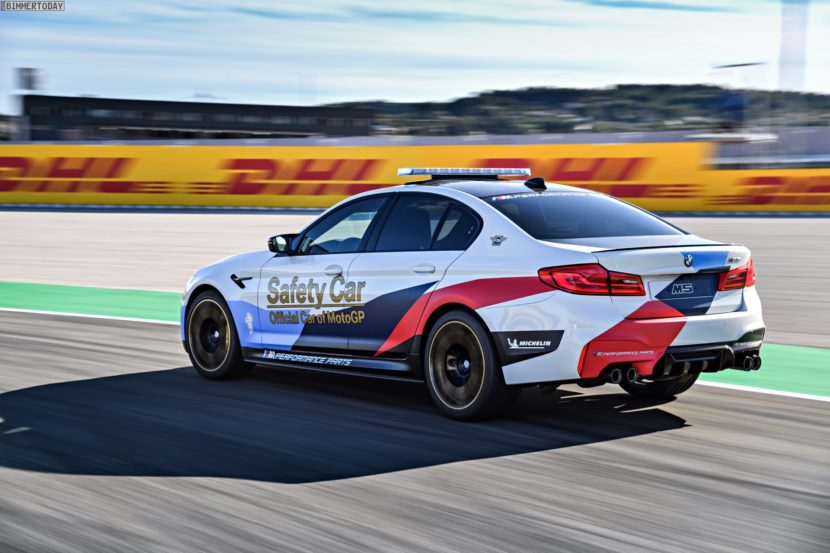 Among the many other activities that make up BMW M’s commitment to MotoGP is the BMW M Award, which will be presented for the 16th time in 2018. This award is presented at the end of each MotoGP season to the rider with the best overall result in qualifying. The winner receives an exclusive BMW M car. The BMW M MotoGP Experience sees guests experience an unforgettable race weekend. They are given an exclusive glimpse behind the scenes by BMW M MotoGP experts Loris Capirossi and Alex Hofmann.