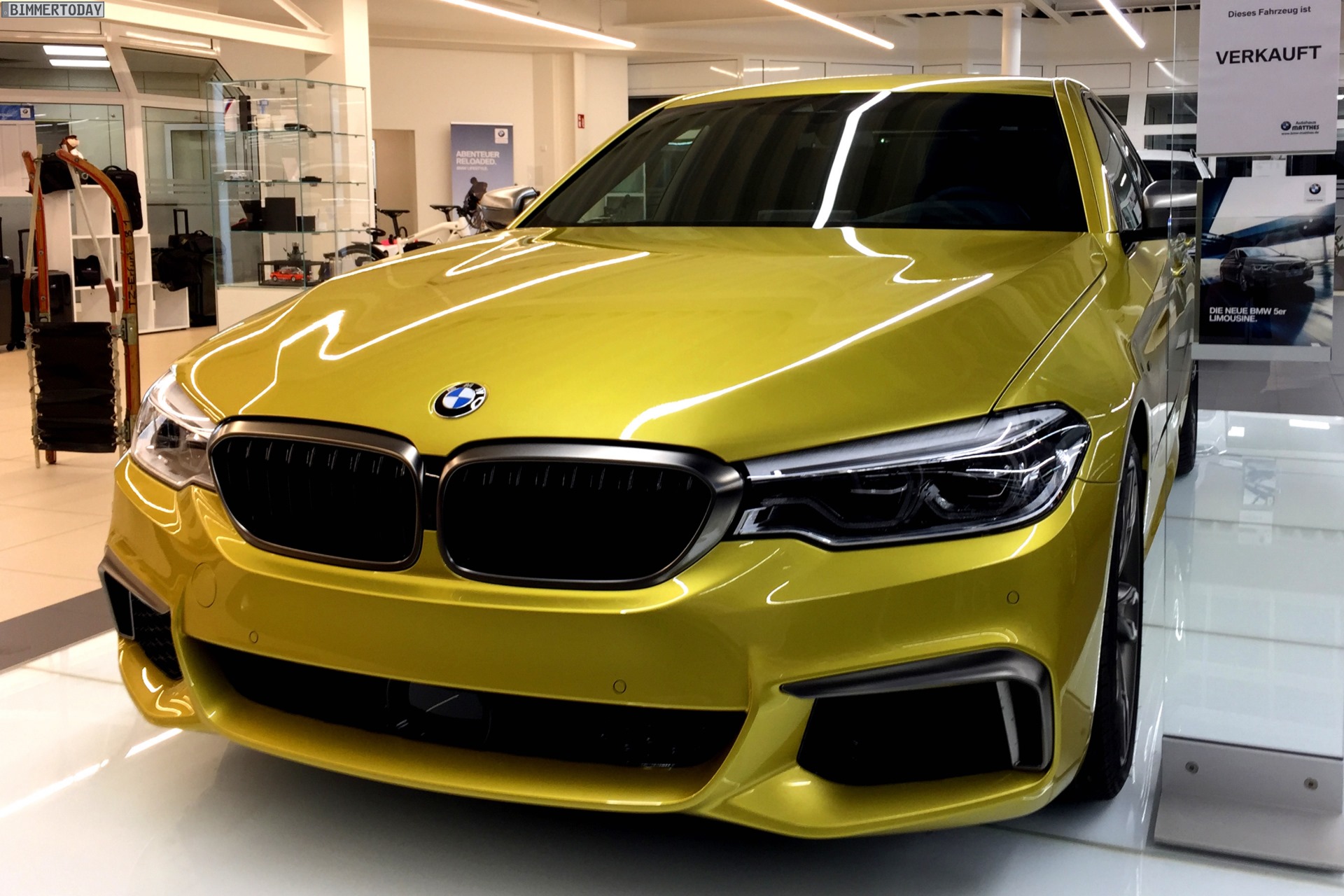 Austin Yellow was made famous over four years ago when BMW launched its first ever M4 Coupe. Since, the flashy yellow color has been used on a variety of different BMWs, ranging from other M cars, like this one-of-a-kind M2, to an i8 Coupe and a 340i Touring.

Being associated with sportiness, it’s only natural that the Austin Yellow will find a home on other super sporty sedans, like today’s subject. The BMW G30 M550i xDrive tends to be understated and does not show every casual observer what’s capable of. The M Performance 5 Series, with individual livery in Austin Yellow Metallic, suddenly attracts everyone’s attention and eliminates any doubt as to its dynamic special role within the G30 family. 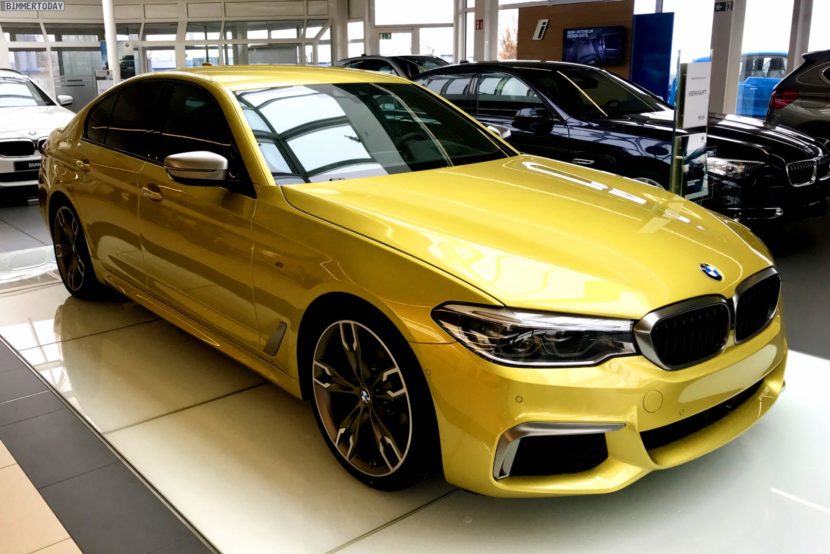 The kidneys, exterior mirrors and air deflectors set sporty accents in Cerium Gray and provide additional differentiation from the less powerful models. The 20-inch M light-alloy wheels double-spoke 668 M with mixed tires and bi-color paint are another detail that clearly sets the BMW M550i out of the 5 Series. 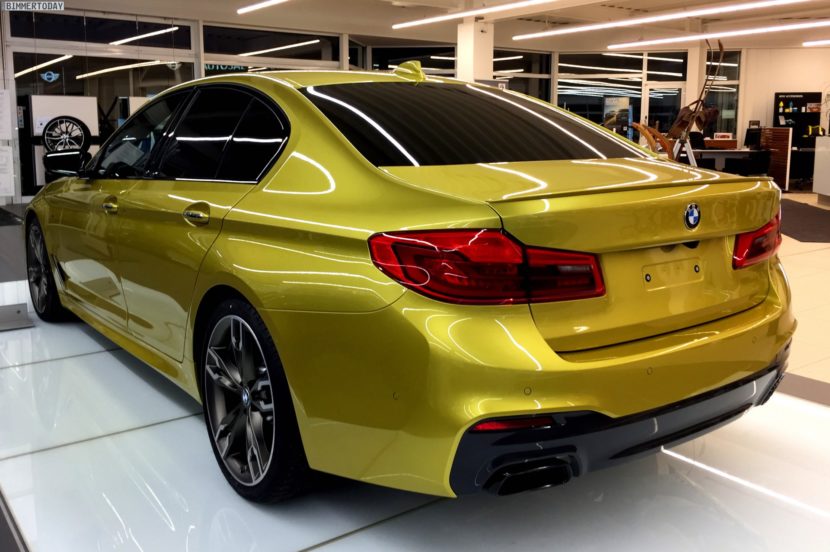 Among the M Performance automobiles, the BMW M550i is one of the most important sales drivers, especially in the US where the V8 sedan is in great demand. In Europe, the majority of M Performance customers so far opted for the M550d with 400 hp Quadturbo diesel, which visually does not differ from the M550i. 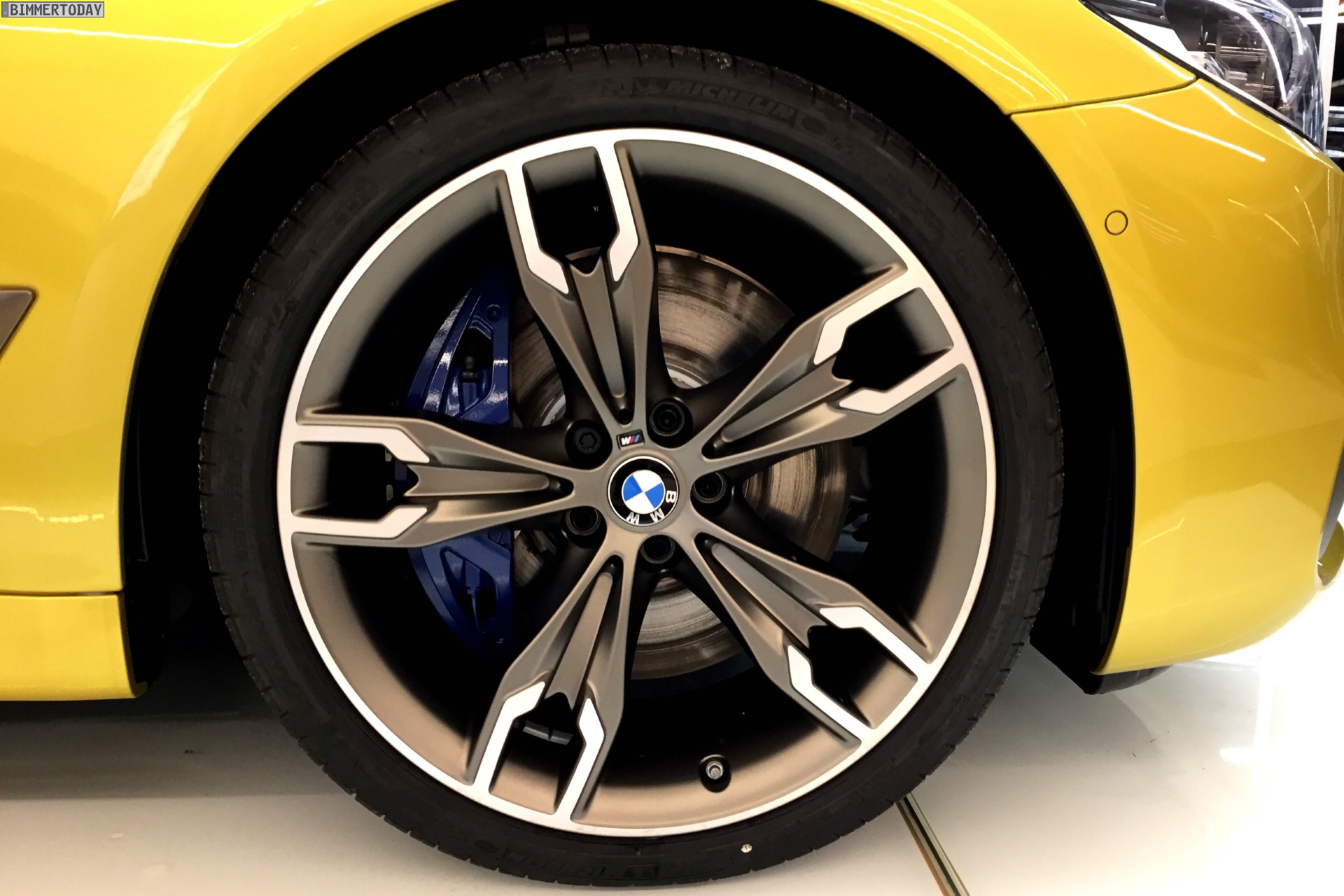 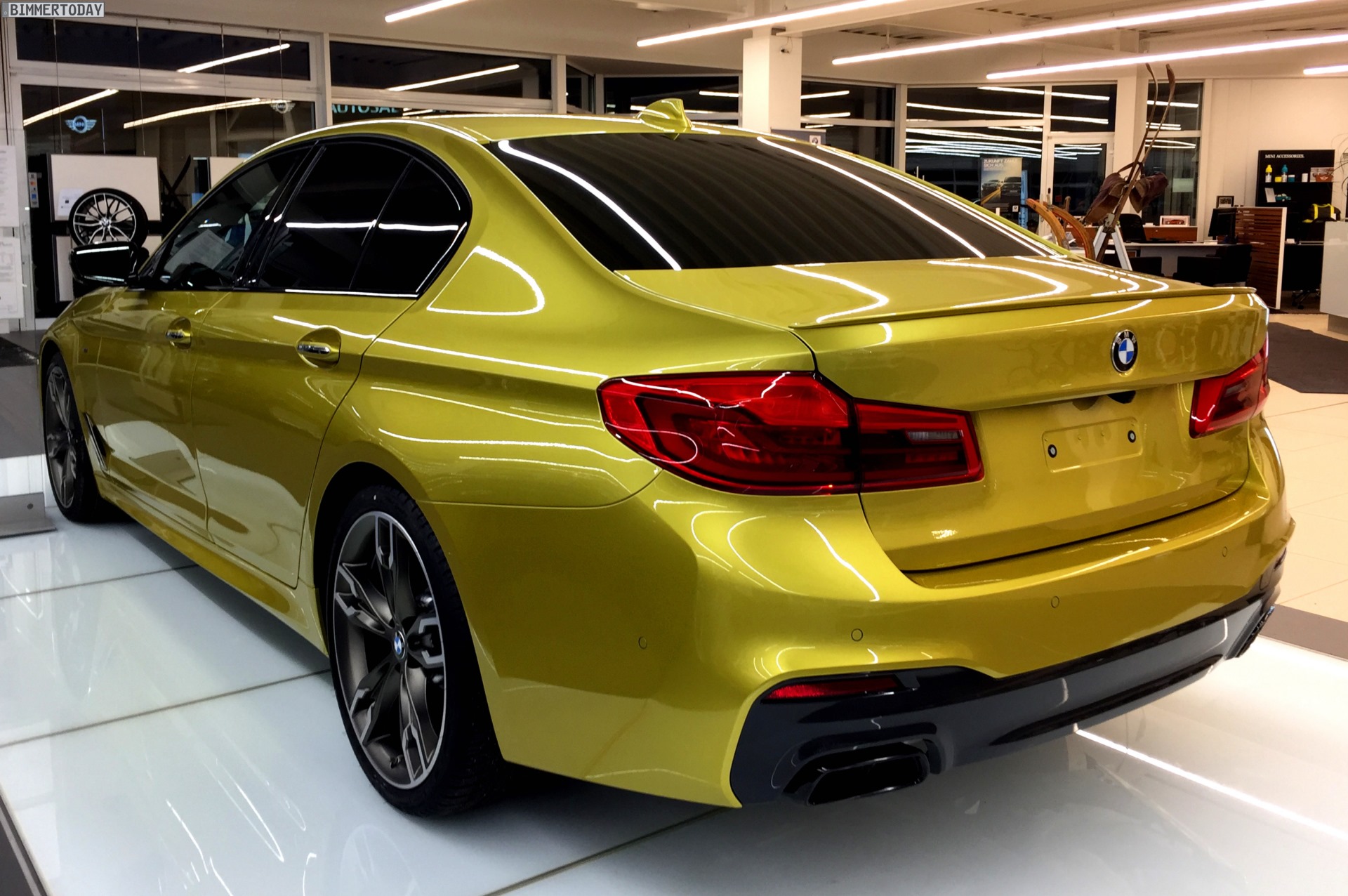 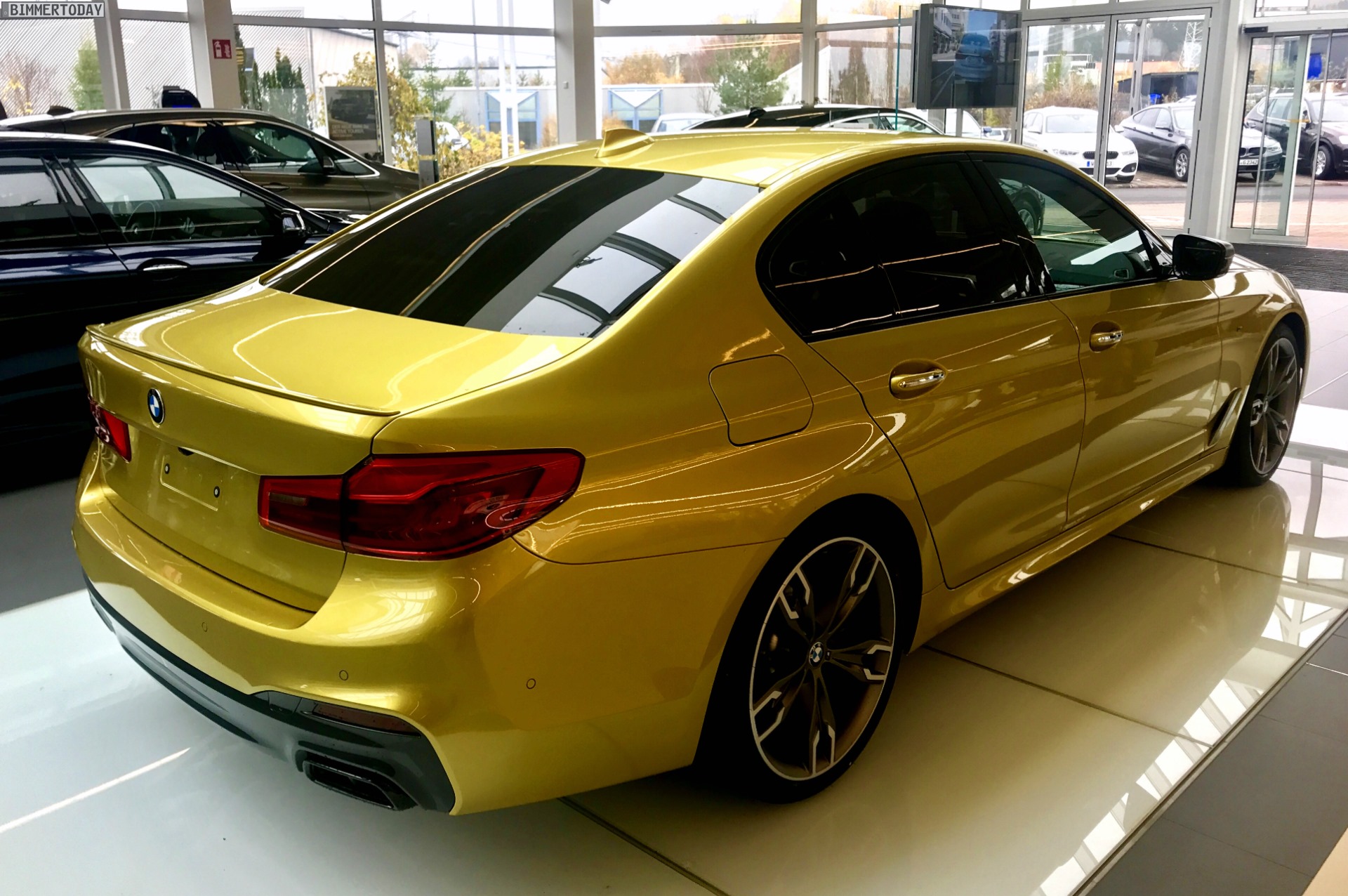 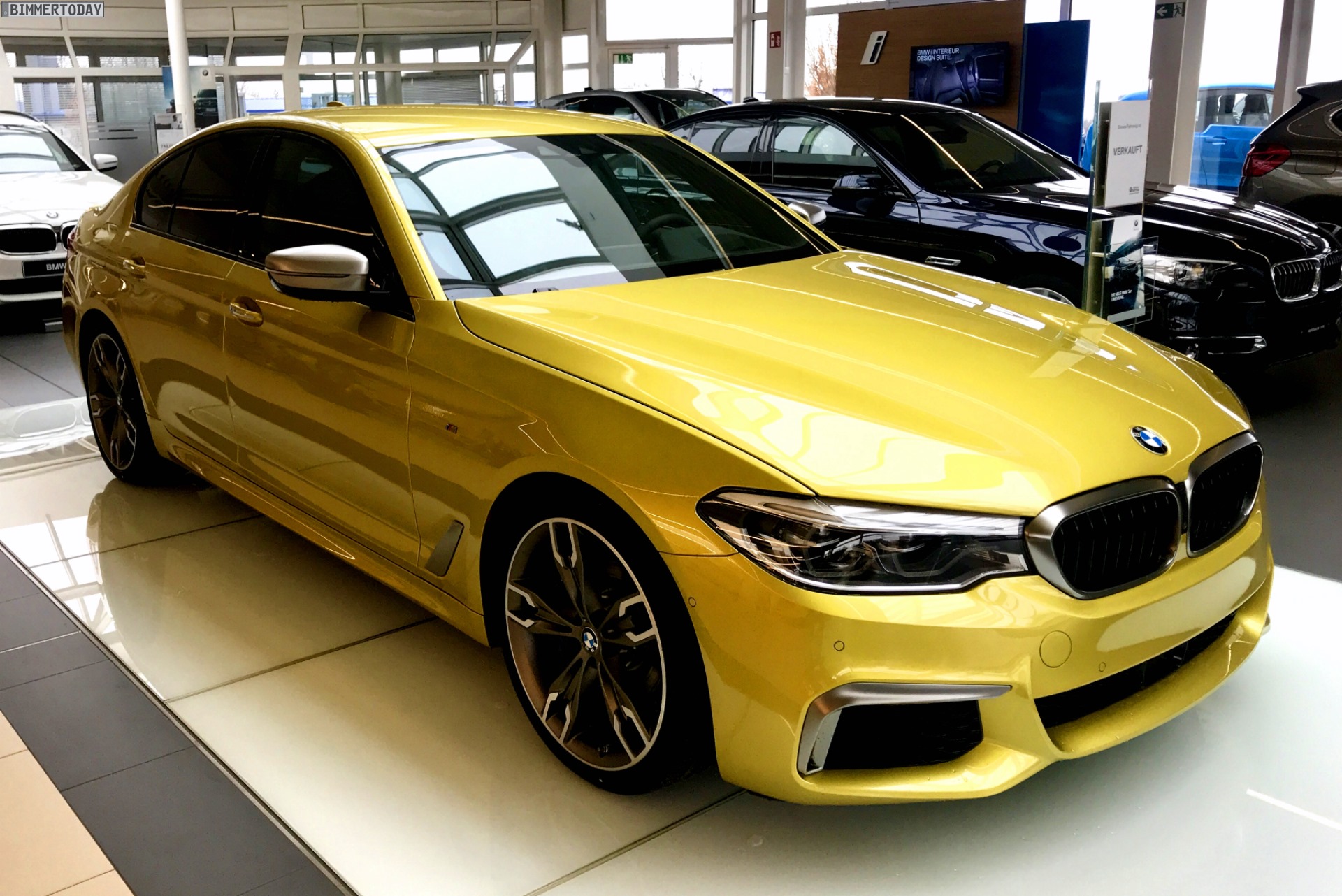 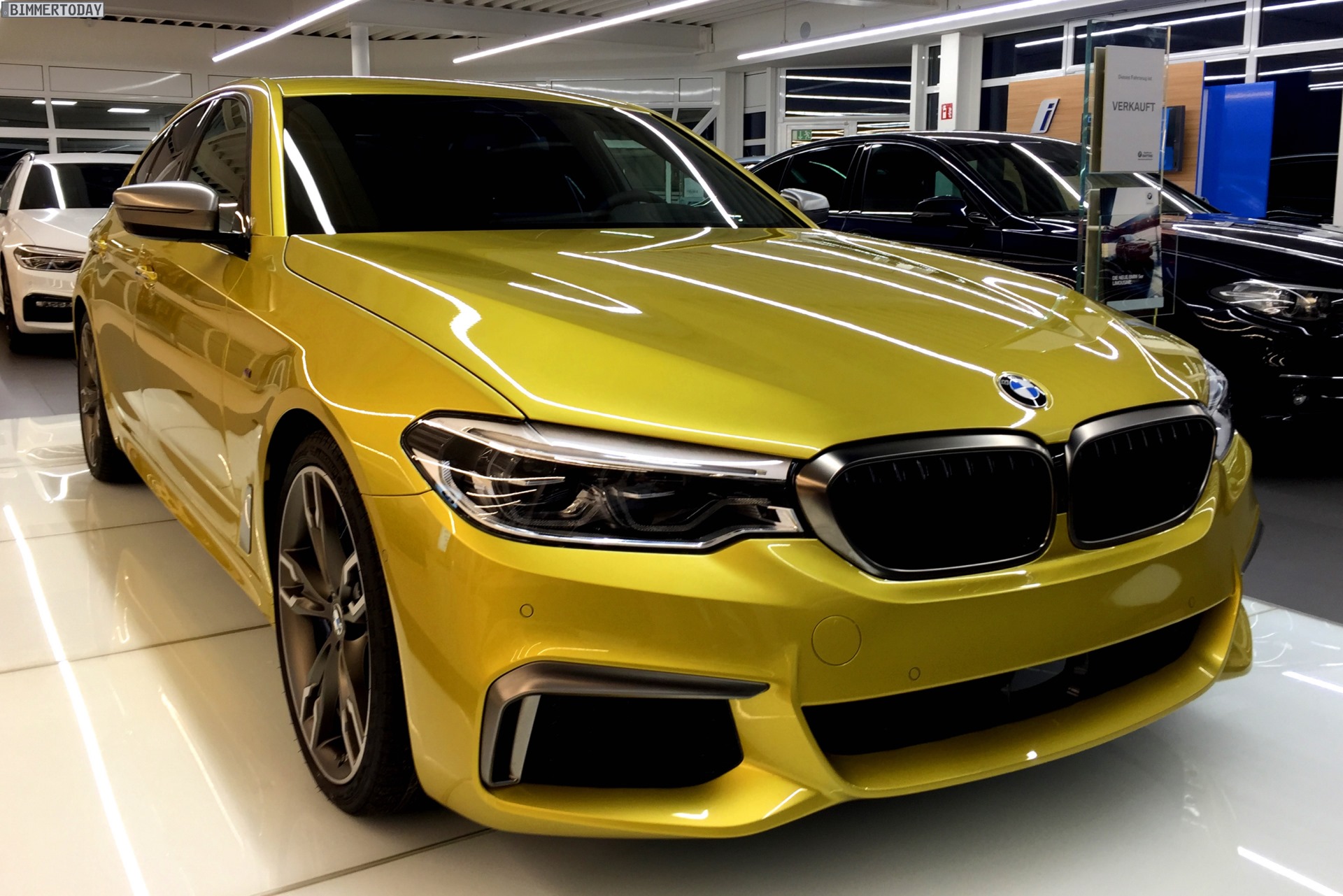