Home » BMW 340i Touring in Austin Yellow from BMW Individual 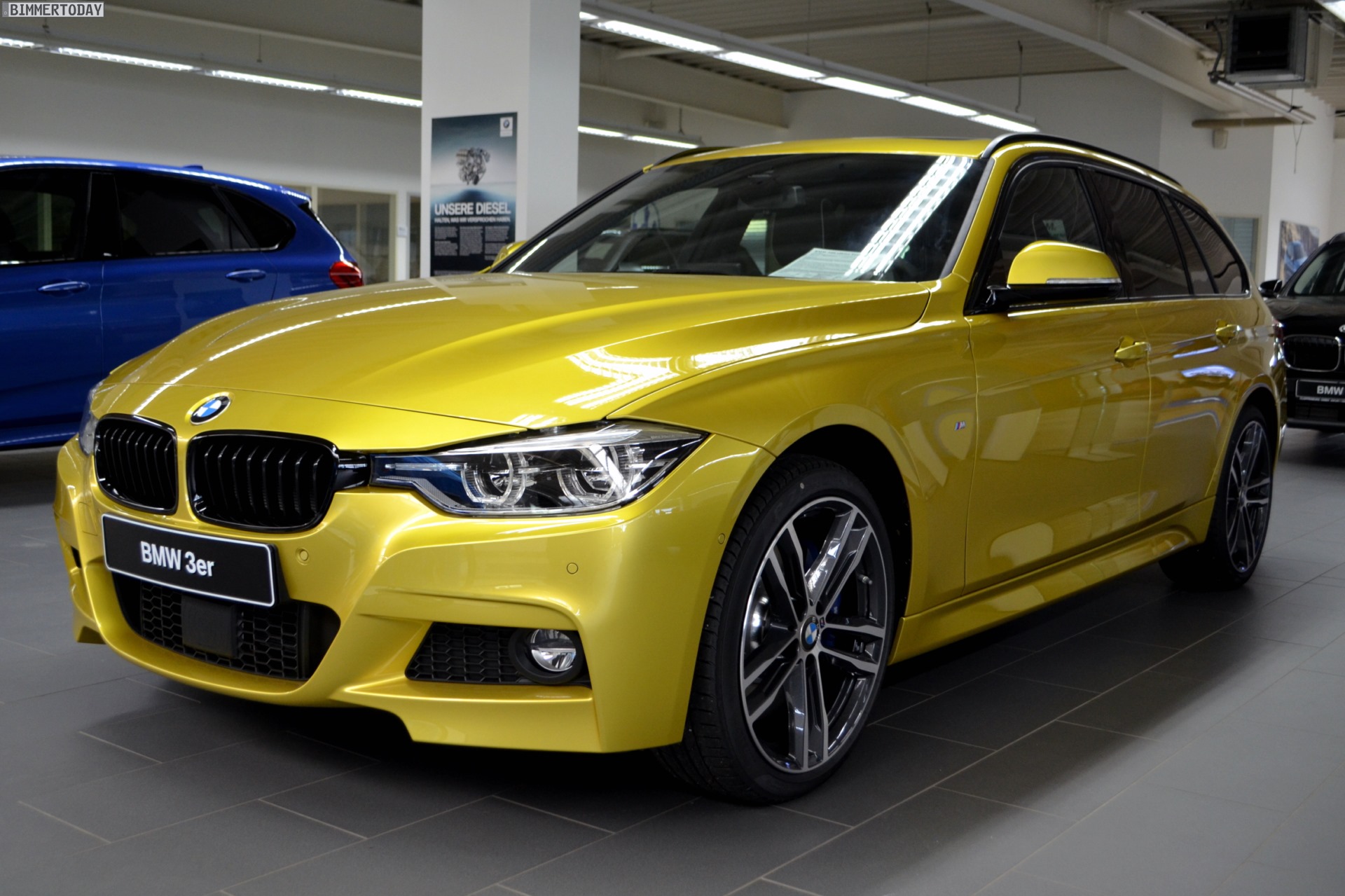 The BMW 3 Series Touring is one of the absolute bestsellers in Europe, but the vast majority of mid-range station wagons are rather inconspicuous and covered in muted colors. But a BMW Individual-finished copy at the Cloppenburg dealership in Erfurt shows that the possibilities are endless with a bit of imagination and cash available.

This particular model not only wears the M Sport package, but above all an individual livery in the color Austin Yellow Metallic, which is especially well-known from the M3 and M4. 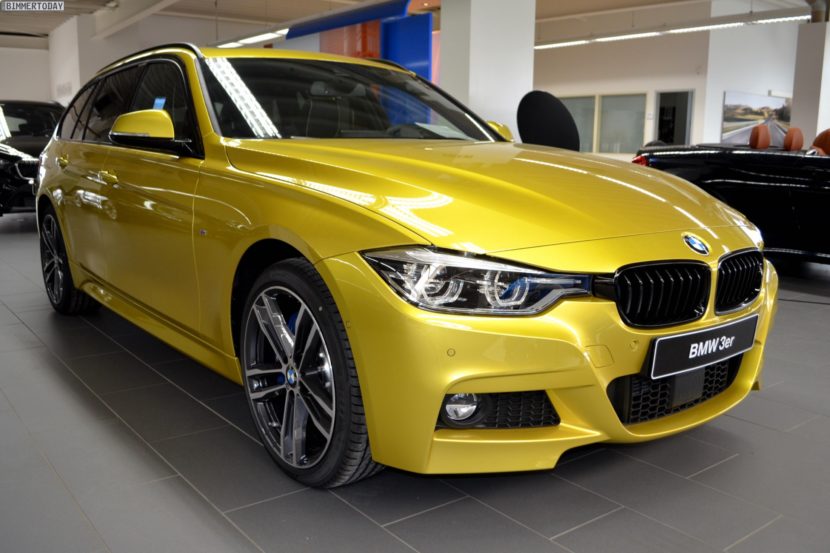 In combination with the 19-inch M light-alloy wheels double-spoke 704 M in Orbit Gray and black kidneys, the yellow colors make the rather low key touring stand out more than usual. The Shadow Line with black roof racks offer great contrast against the flashy yellow.

The powertrain of the one-of-a-kind model shown here is also fitting for the extrovert appearance: The BMW F31 340i Touring LCI is powered by a 326-hp inline six-cylinder engine – making it the most powerful 3 Series touring available from the factory. With ZF’s eight-speed sports automatic, the rear-wheel-driven BMW 340i Touring completes the sprint from 0 to 100 km/h in 5.1 seconds, while the slightly heavier 340i xDrive with all-wheel drive is a tenth of a second faster. 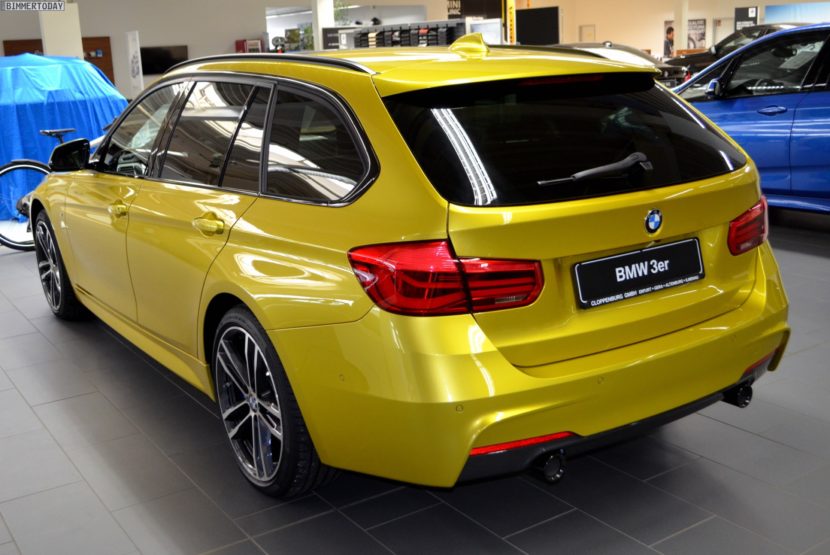 With a list price of 81,465 euros, this special 340i Touring is also one of most expensive and exclusive 3 Series Touring that you can currently order. 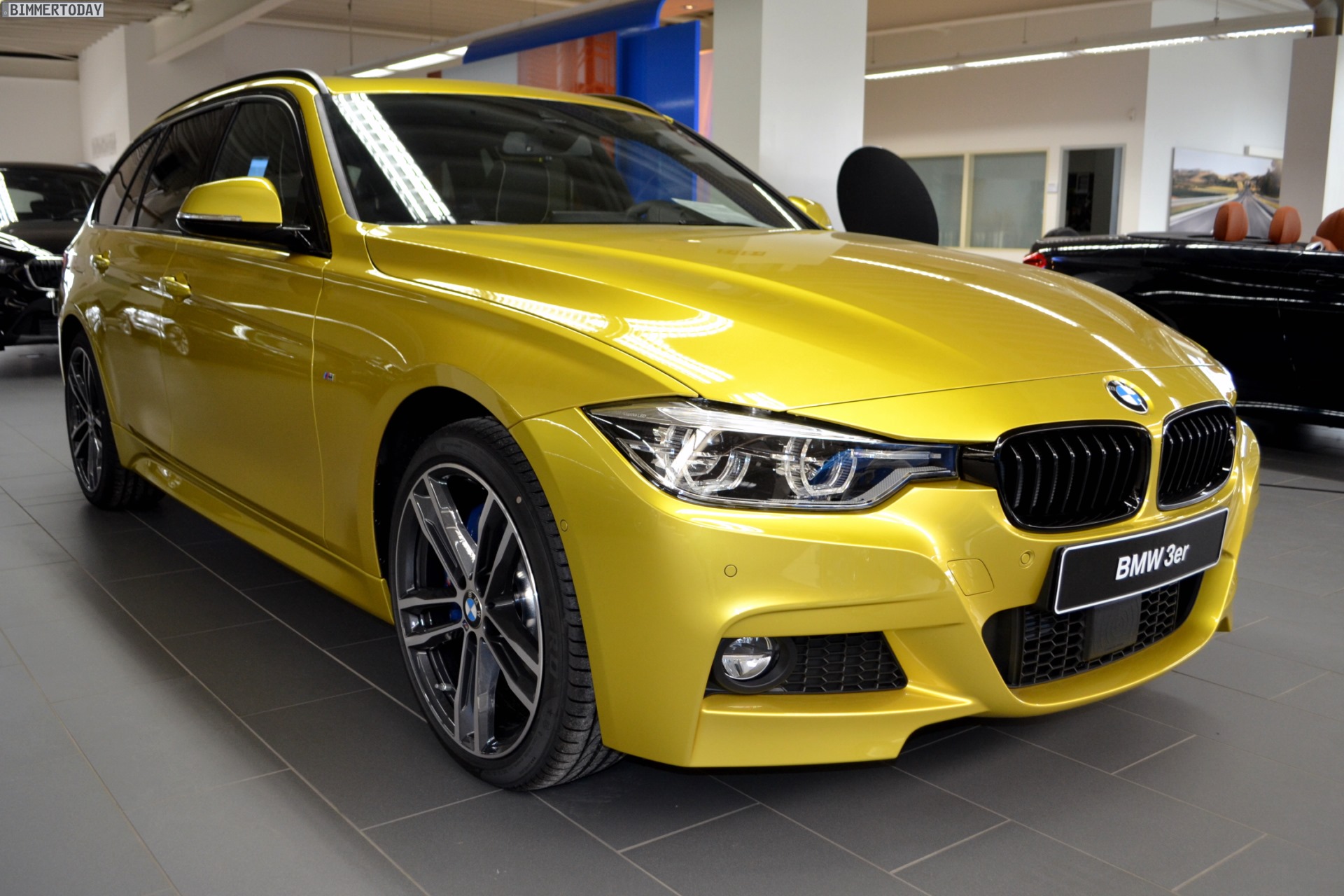 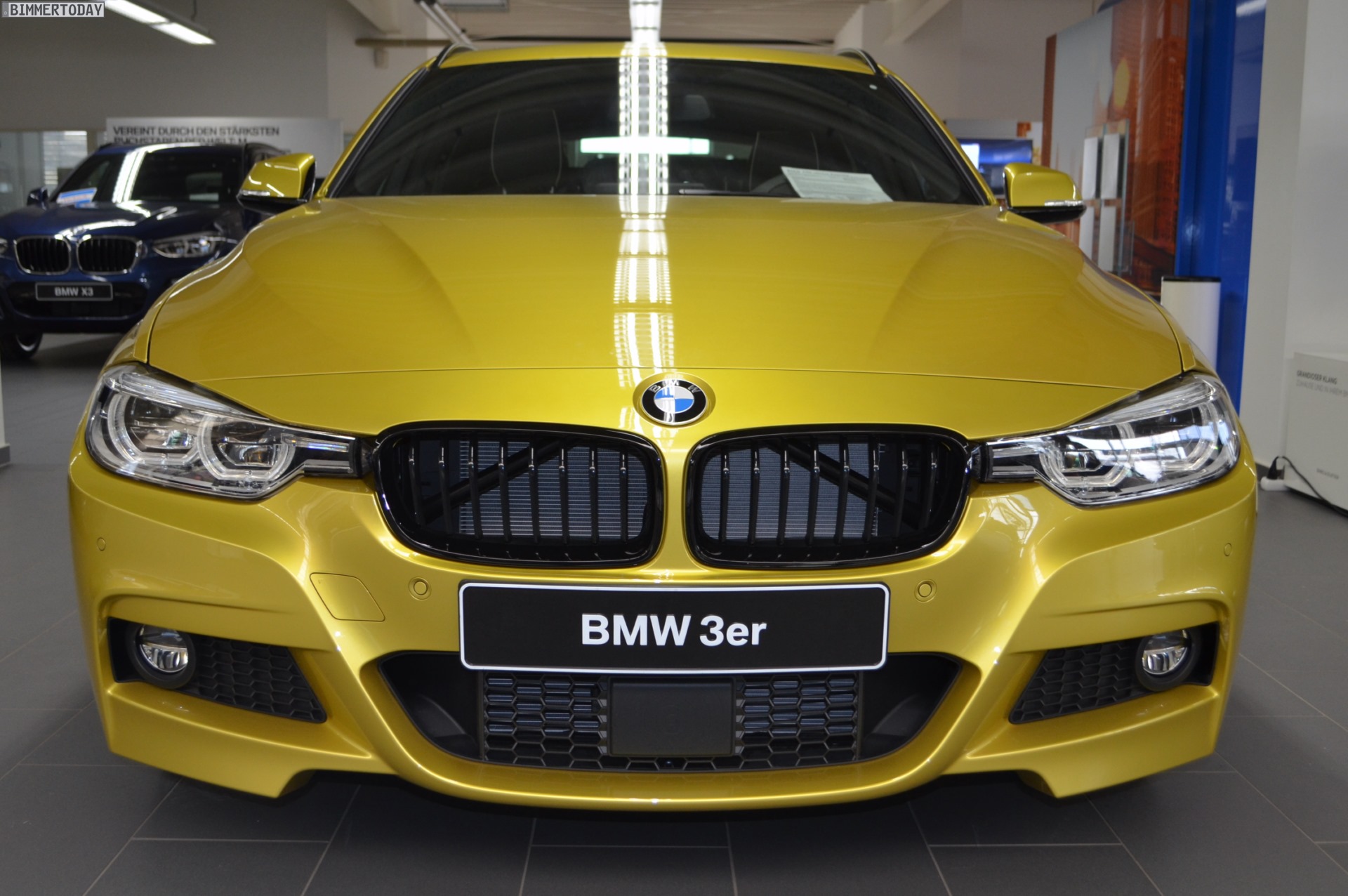 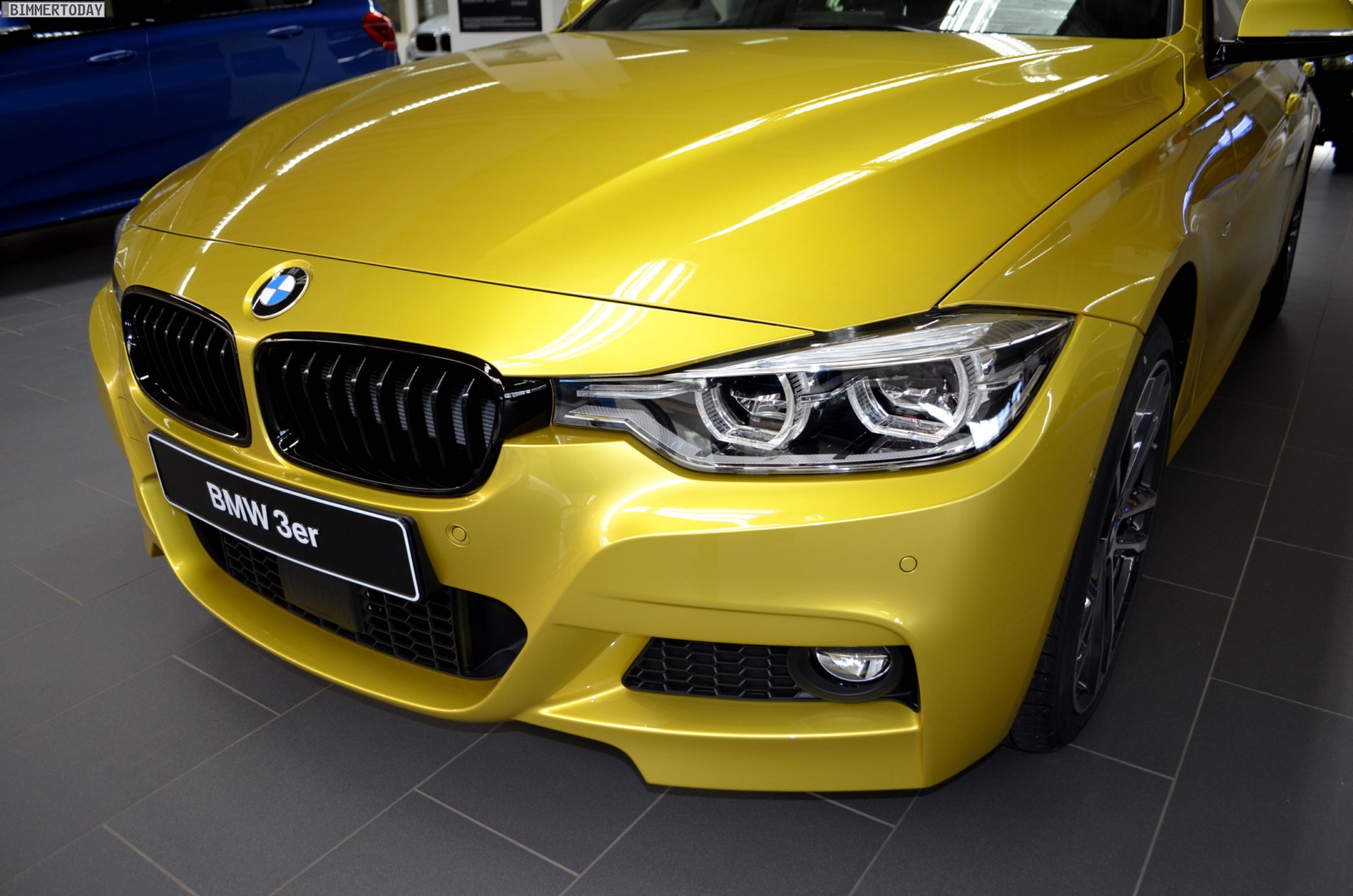 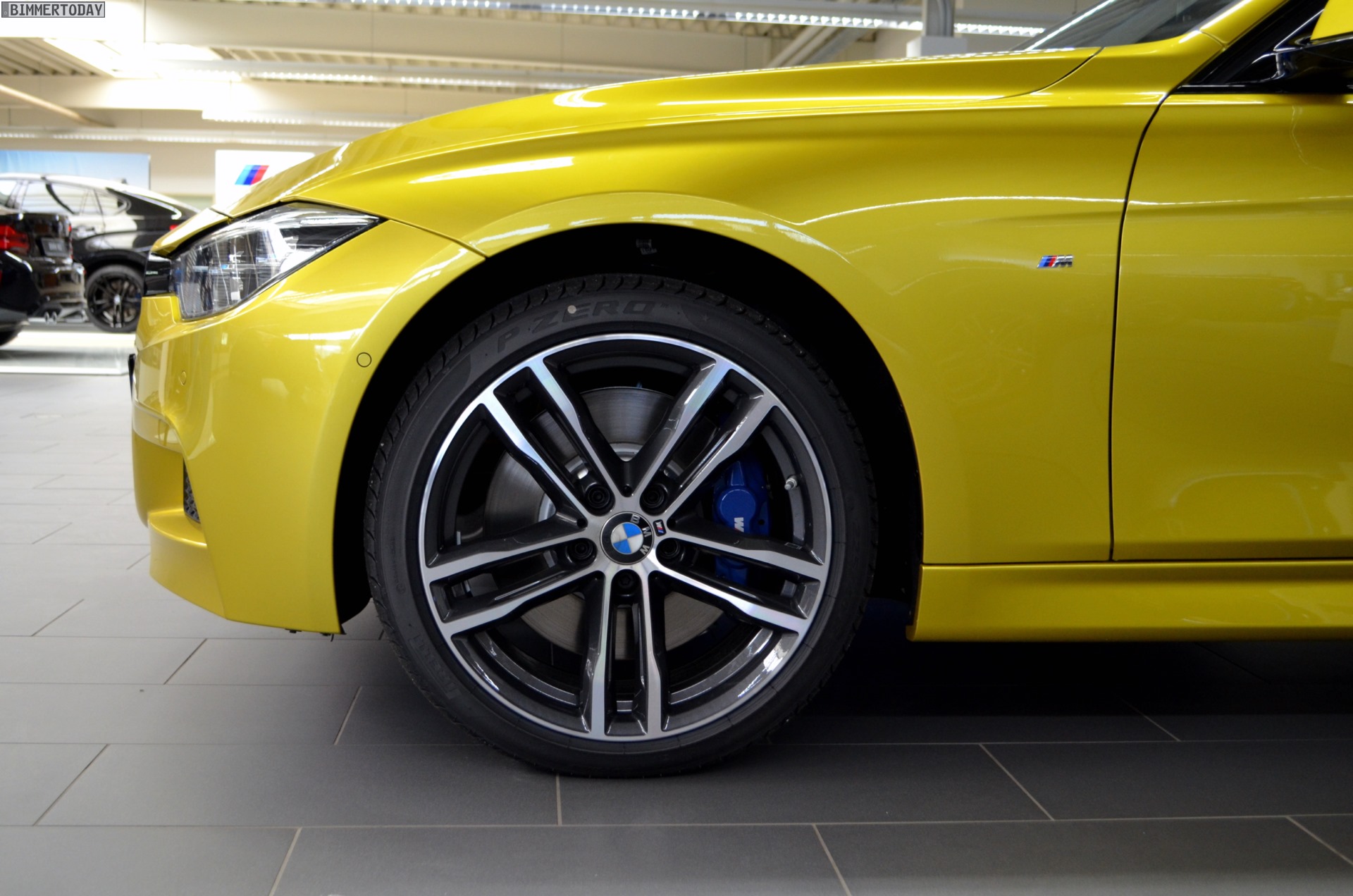 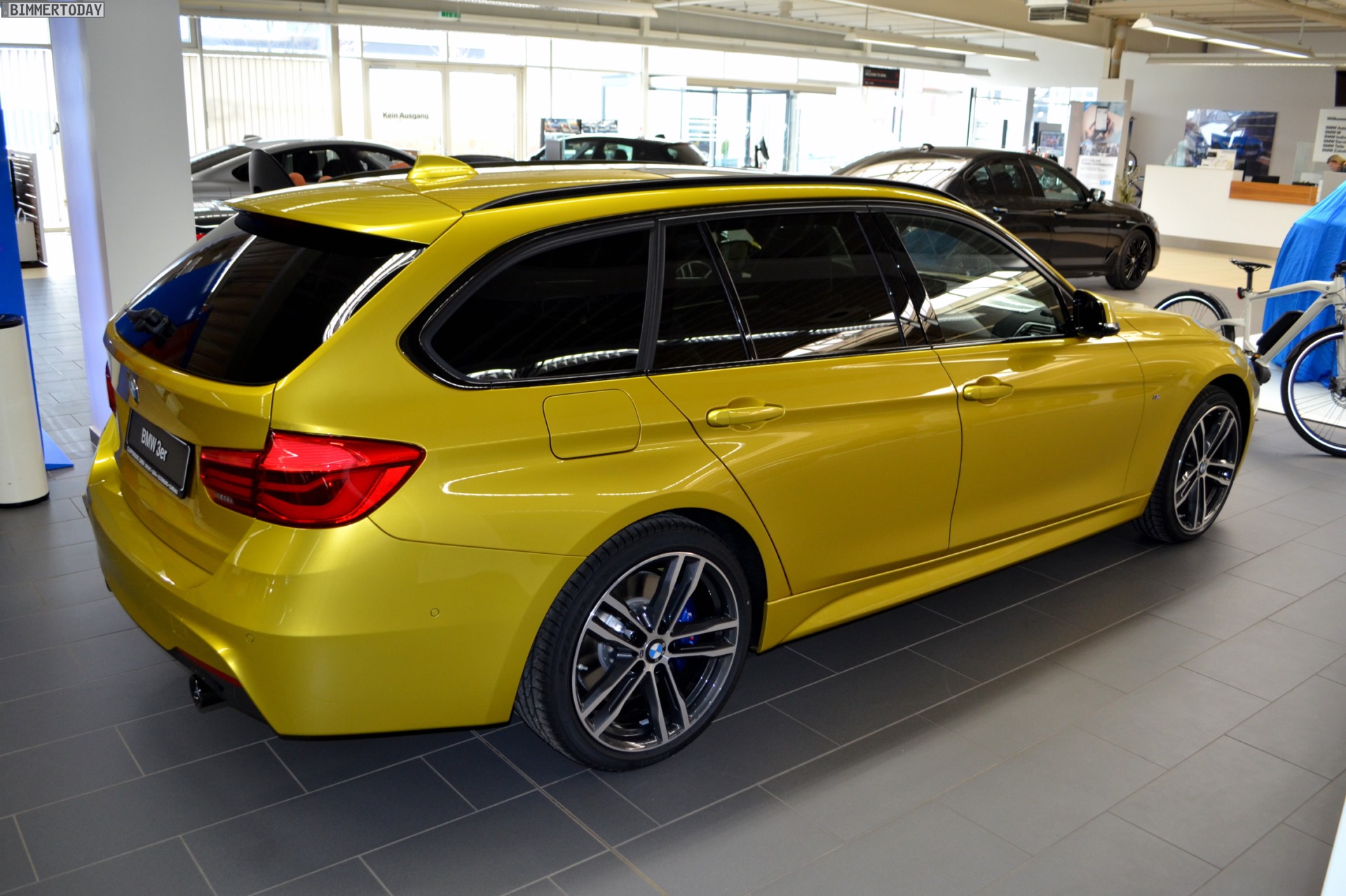 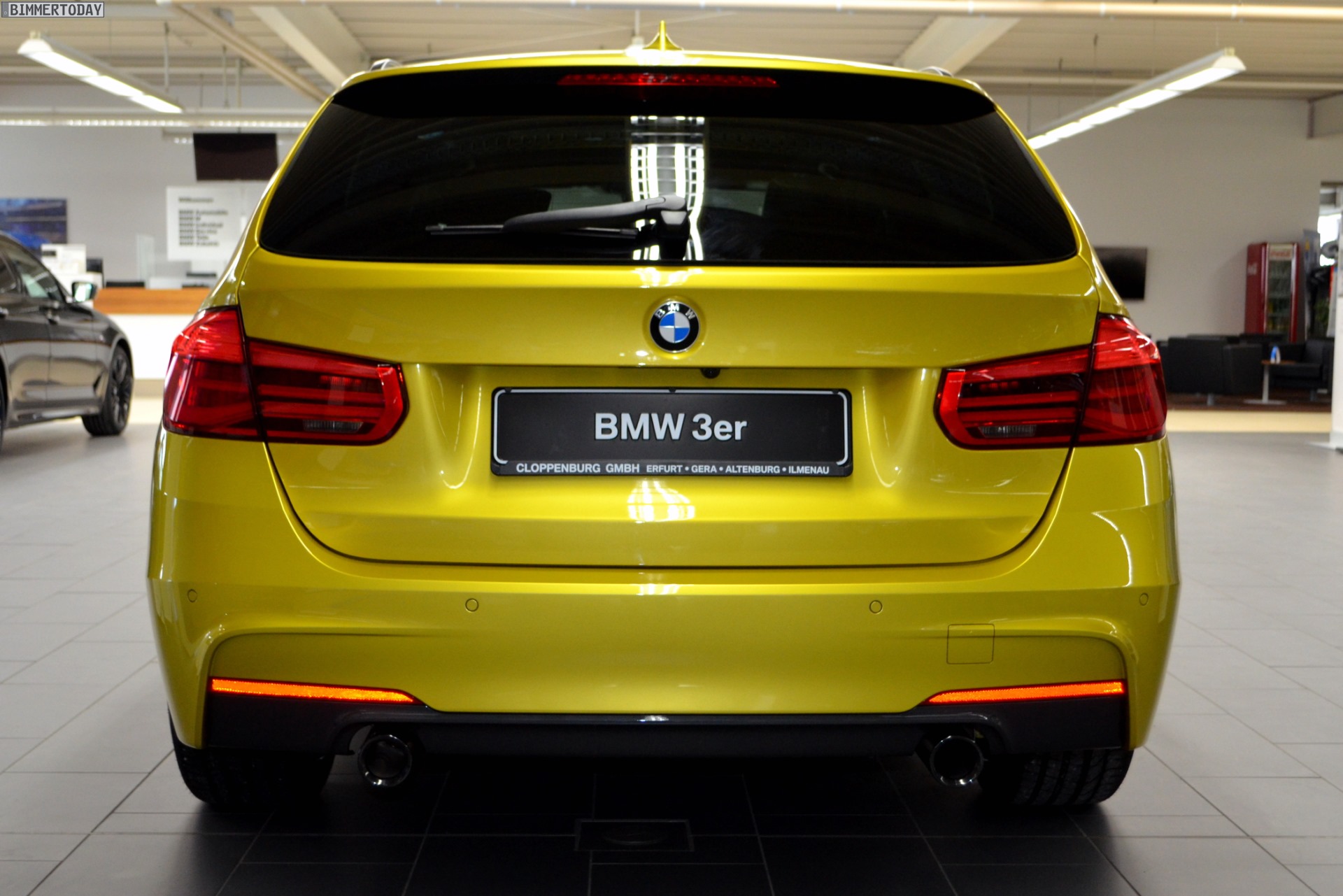 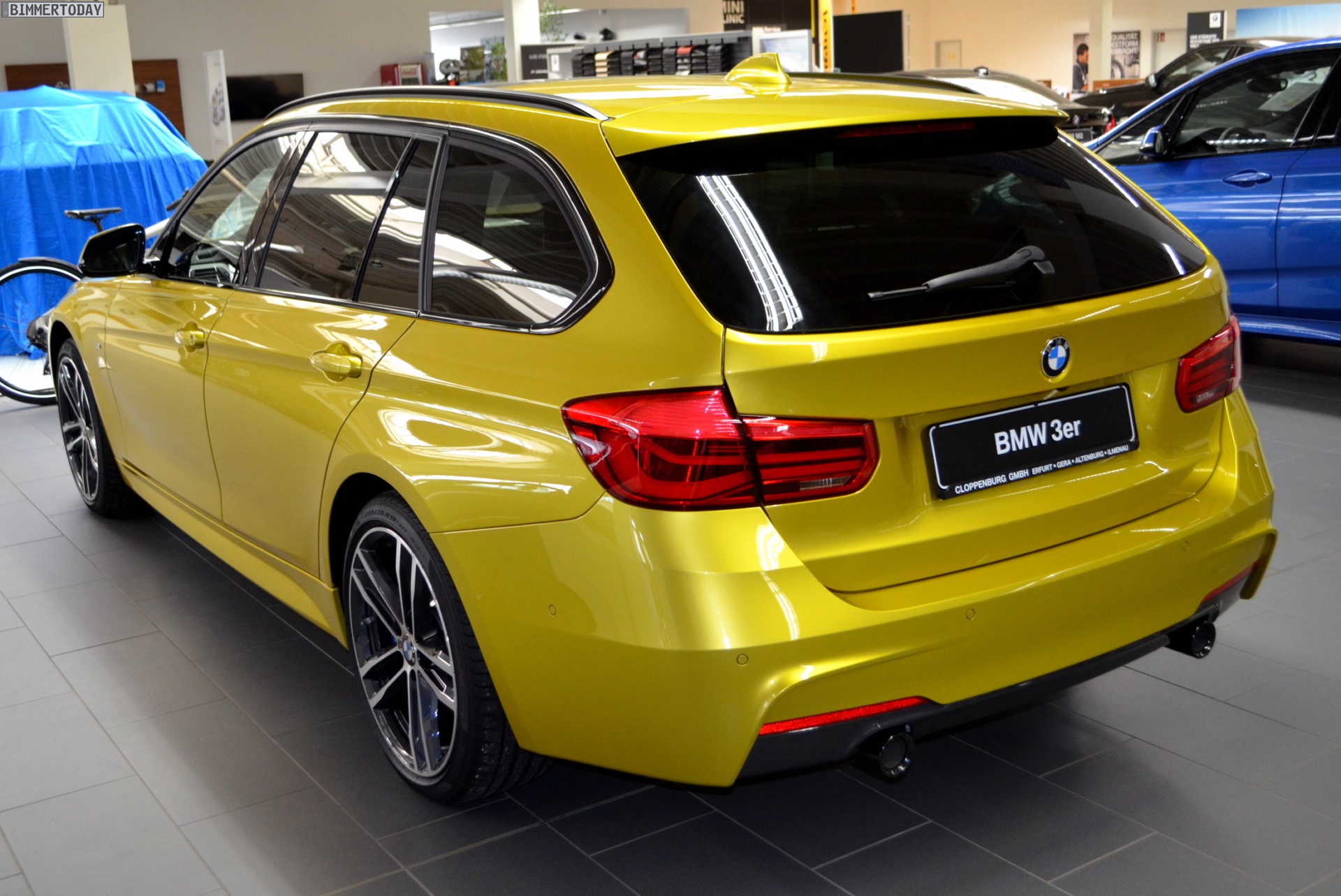 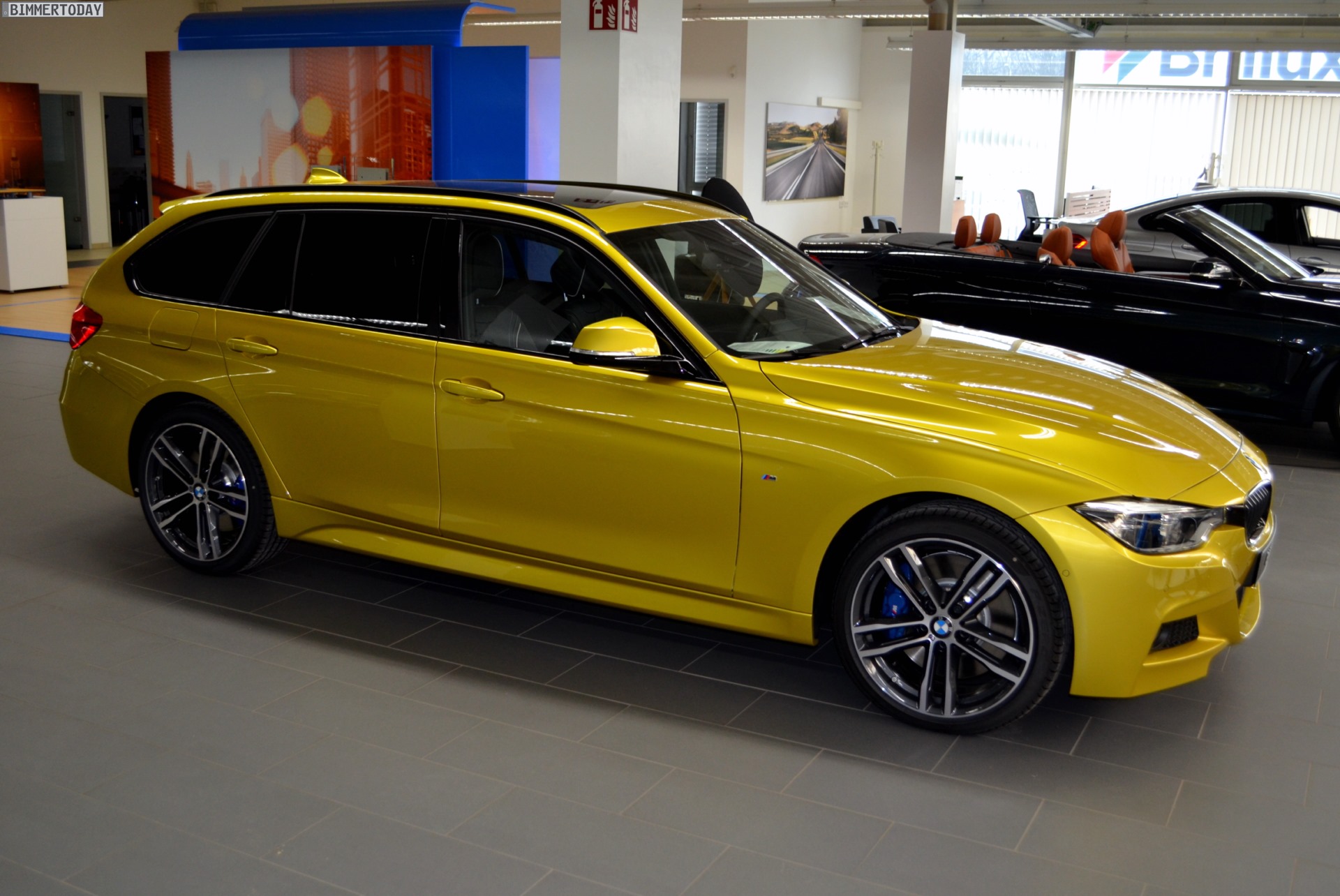 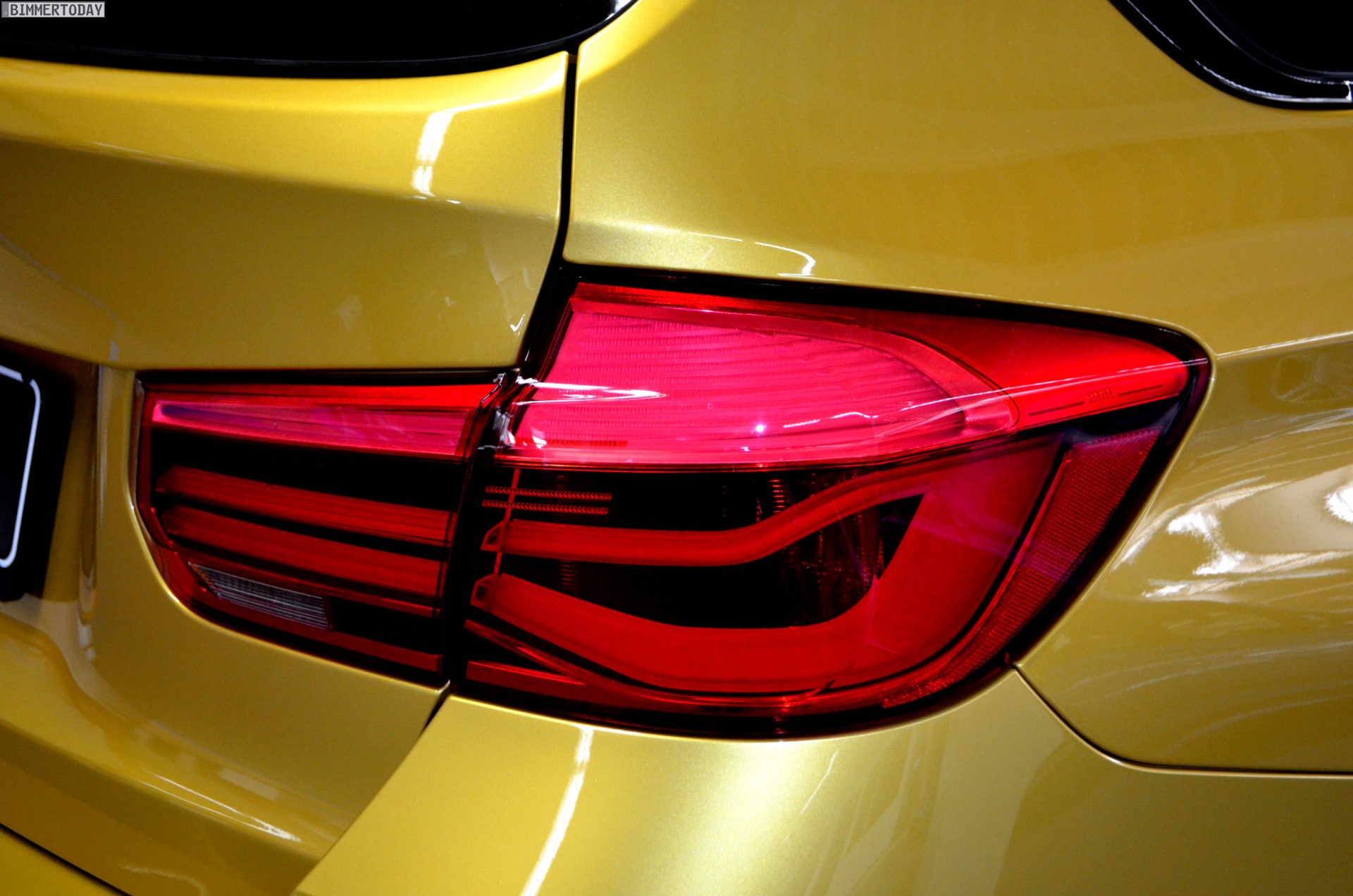