What makes the BMW M4 GTS truly special? Is it the fact that it was built in limited numbers? Was it the water-injection technology or the lightweight construction? Or was it the fact that it was developed from the get go so that it could be abused on the track and then driven straight back home? I’ll admit that living with an M4 GTS isn’t the easiest thing to do, especially for your back, but when your car is properly set up to get the best lap time, things reach a new level.

The video below shows such an experience, with twelve drivers going down to the Nurburgring to squeeze every bit of performance out of their rides. BMW’s own engineering center’s “M mechanics” set up the M4 GTS track mode (mounted front splitter / adjusted rear spoiler in top position) for every BMW M addict’s dream: race training on one of the world’s most demanding circuits.

The “Nordschleife” of the Nürburgring impressed Jackie Stewart, Formula 1 pilot and 3-time world champion so much so, that he dubbed it “The Green Hell”. Once a year, BMW’s “Faszination Nordschleife” training dares fans to race through the gates of the Green Hell – behind the wheel of a BMW. For these twelve BMW M4 GTS owners, the event is a visit to the original training grounds of their exhilarating cars.

Since 1991, BMW M GmbH has been improving the development of cars at its own Test Center, which is located in the heart of Nürburg city next to the race track. More than any other car, the BMW M4 GTS has benefited from this center and the countless test runs on the 20.83 kilometers of the famous Nordschleife. 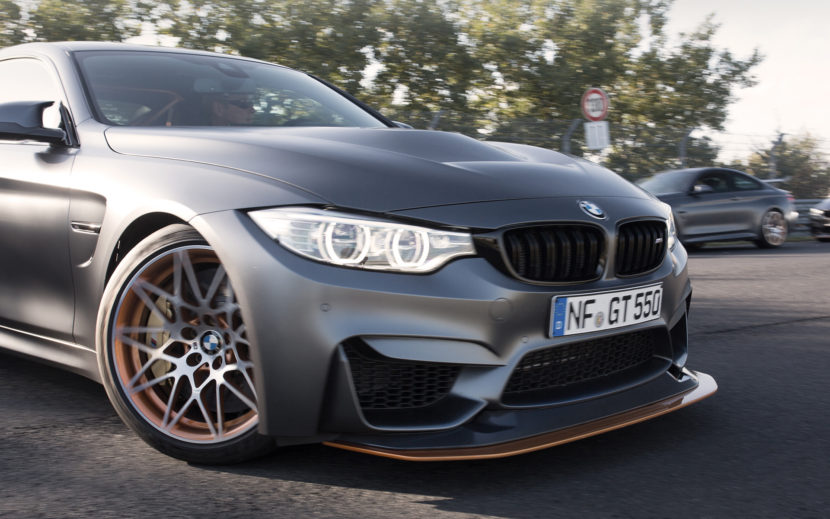 Participants in the group were led by BMW M trainer Jürgen Wagner who kept a constant eye on his group through the rear-view mirror – praising and correcting their technique via radio, so that everyone can learn something new. As for the cars, their specs are clearly a match made in heaven for anyone going for a ride around the Green Hell. For example, at 200 km/h (124 mph), the race-tuned aerodynamics put 12 kilograms of downforce on the front axle and 40 kilograms on the rear.