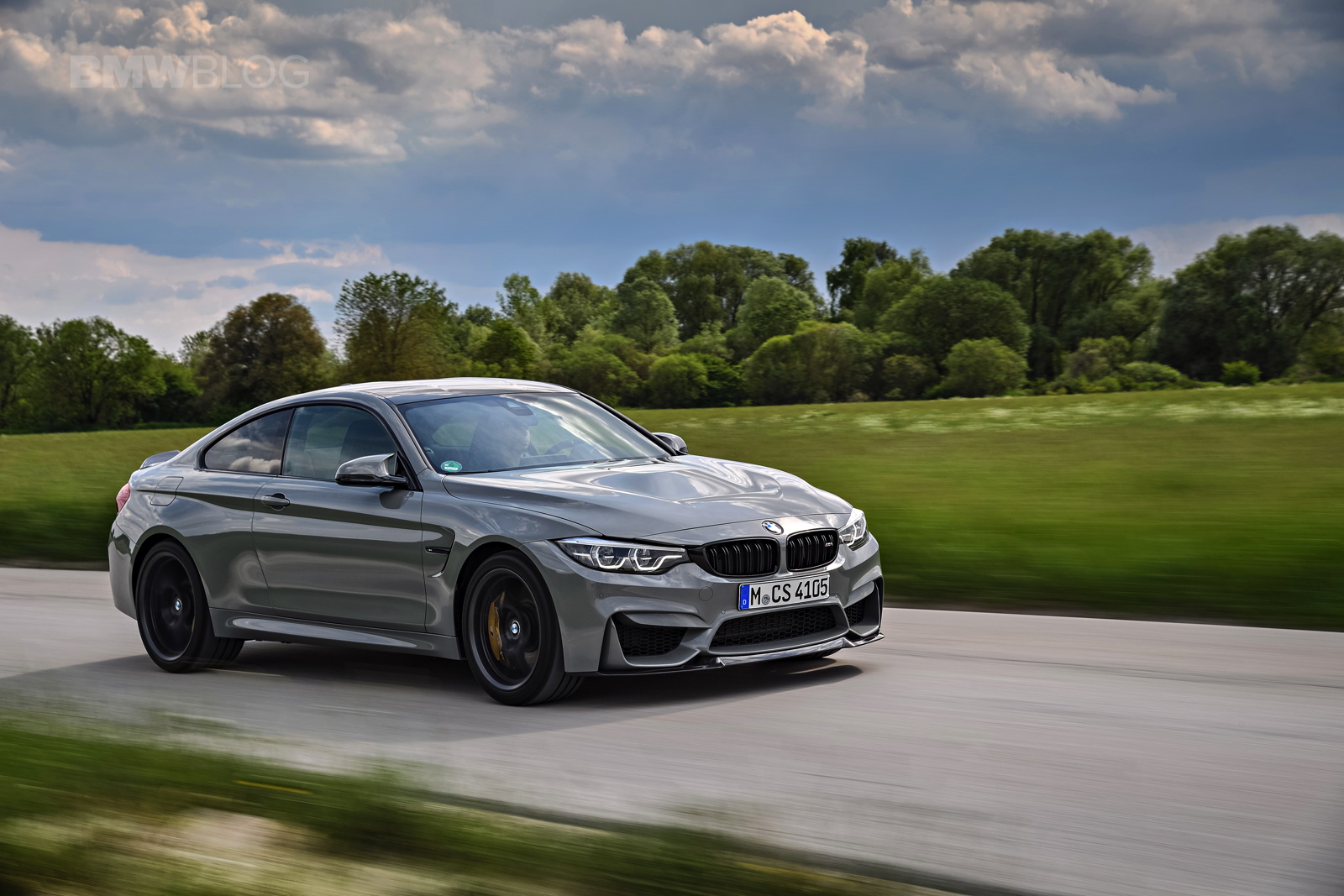 The BMW M4 CS is designed to be the perfect iteration of the M4. With some performance and lightweight bits pulled from the manic BMW M4 GTS, it’s faster, sharper, more dynamic and better looking than the standard BMW M4 or even the Competition Package. So it’s the Goldilocks variant of the M4, blending the line between all-out performance and everyday usability. So the ‘CS’ treatment has drastically improved the M4 but has it improved it enough so as to take on the best sports cars on sale?

In this new video from Autocar, the M4 CS has to take on some of the best sports cars in the world to find out which is the best currently on sale in Britain. Among its competitors were the Mercedes-AMG E63 S Estate, the Alfa Romeo Quadrifoglio, Aston Martin DB11 V8,  Caterham Seven 420R Donington Edition, Honda Civic Type-R, Mercedes-AMG GT-R, Porsche 911 GT3 and the McLaren 720S. So it’s literally taking on the best of the best. Can the BMW M4 CS hang with them?

Unfortunately, not really. It comes in ninth place or dead last. While a huge improvement over the standard M4, it’s not good enough to take on its rivals. The BMW M4 was never a truly great sports car for track use. As an everyday sports car, it’s brilliant. But when put up against cars like these, it pales in comparison. To be honest, the M4 CS can still hold its head high, as it was even considered to be among these cars’ equal. Some of them are pure-bred sports cars, like the Caterham and Porsche 911 GT3, while the McLaren is a genuine supercar.

The winner of 2017’s Autocar Britain’s Best Sports Car competition is the Porsche 911 GT3. I don’t think anyone is going to argue the fact that the 911 GT3 is an astonishing sports car. It’s brilliant in almost every single way with it maybe only getting a knock for everyday usability. Still, though, it’s sensational to drive and likely deserves its victory.