Reinforcing its commitment to offer 25 electrified models – 12 of which will be purely electric – by 2025, BMW Group will showcase five electric vehicles at the 2017 Los Angeles Auto Show including the North American premieres of the BMW i Vision Dynamics, MINI Electric Concept, BMW i3s, and the new BMW i8 Roadster that will be shown during the BMW Group press conference on Wednesday, November 29 at 8:50 a.m. PST at the BMW Stand in the Los Angeles Convention Center. The press conference will be livestreamed on www.BMWUSANews.com. 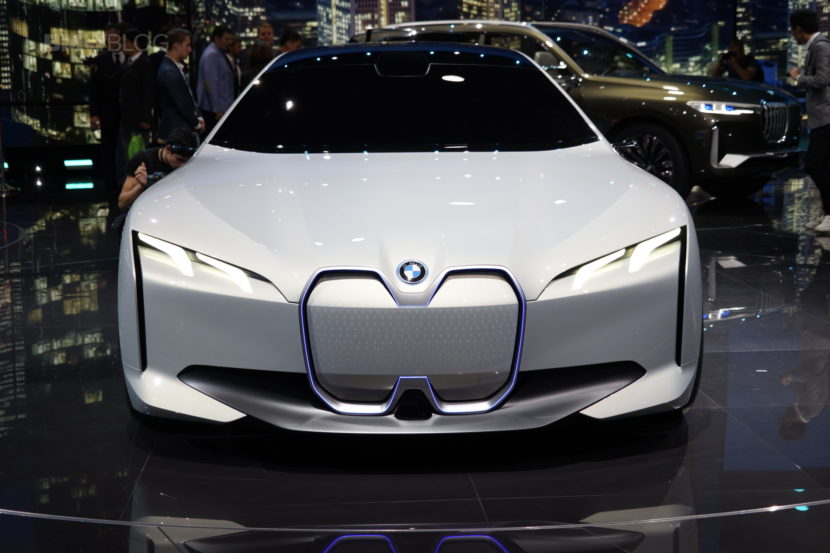 Ahead of the Frankfurt Motor Show in September, where BMW unveiled over 10 new models and concepts, a premiere for the Bavarian Group in terms of sheer numbers, BMW CEO Harald Krueger made an important announcement regarding the company’s electric future.

“We will be increasing the share of electrified models across all brands and model series,” said the BMW boss. “This also includes the Rolls-Royce brand and BMW M vehicles.”

Now the LA Auto Show comes to reinforce that commitment by showing the first-ever BMW i8 Roadster. Built upon the i8 Spyder Concept, the new open-top super hybrid will be introduced with a new color – Electric Copper – and will feature a soft top which folds into the rear seats. The soft top can be opened in 14 seconds at a speed up to 60 km/h.

The open top plug-in hybrids holds double the battery capacity compared to the i8 Coupe, therefore leading to a longer driving range on electric power. It will also receive a revised chassis tuning and an increase in power to around 400 hp, while larger updates are also expected for the infotainment system iDrive as well as a modernized range of assistance systems.

BMWBLOG team will be on site in LA to report live the latest updates from BMW.