BMW is on the brink of what seems like a reassurance, as an influx of new models is on its way, bringing youth to BMW’s lineup. The BMW 8 Series is one of the those cars but there are many, many more. Some of them have recently been spied doing some camouflaged testing in Europe, driving in a convoy. Exiting a garage, the convoy of camouflaged BMWs drives off with the upcoming Rolls Royce Cullinan SUV leading the way.

After the brutishly luxurious Cullinan exits, two BMW Z4 roadsters follow behind it. The Z4 is one of BMW’s most promising upcoming cars. Not only will it look great (if the concept is anything to go by) but it will also be developed alongside the upcoming Toyota Supra. So it’s clear that it will have sporty intentions first and foremost, rather than just being a pretty convertible. Which is good because the current and aging Z4 was unfortunately not brilliant to drive. Fun, sure, but lacking compared to its sporty competitors. 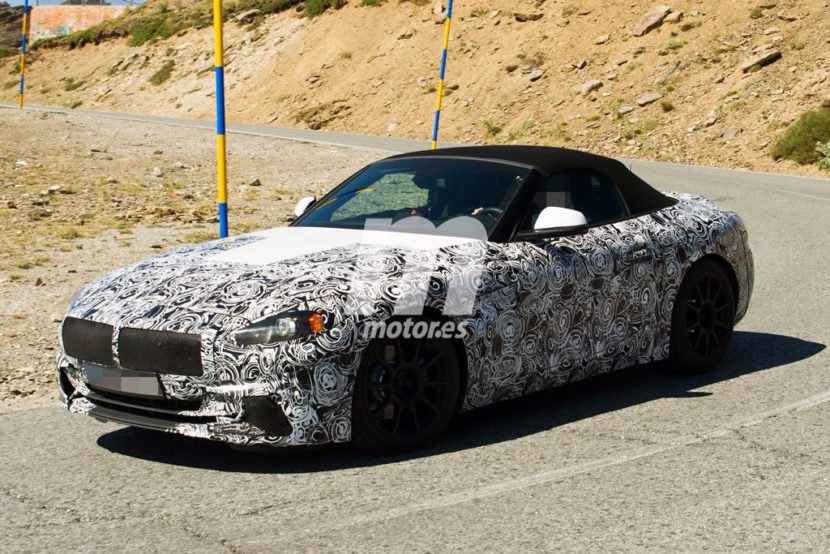 Behind the Z4 duo comes a BMW X5. What’s interesting about the X5 following in tow is that it seems to have a similar design language to the new BMW X3. The headlights and grilles seem to be very similar to the new X3. While that’s actually a good thing, as the new X3 is a very handsome car, it’s interesting to see BMW bringing the design language up from less expensive cars to more expensive cars, when it’s usually the other way around. Still, it will look good and it seems that the larger size of the X5 might even wear the design language better.

Later in the video, we can see each car drive down a highway, in the same order. The Rolls Royce Cullinan looks imposing and opulent, even under heavy camo. The twin BMW Z4s look low, sleek and sporty, like proper roadsters. And the BMW X5 looks…well, like an X5.