A little while back, we saw a spy video that caught a fleet of upcoming BMW products testing in Death Valley. Among them were the Rolls Royce Cullinan, BMW 8 Series, BMW M2 CS and the new i3S. It seems as if the same fleet of cars is still doing some testing, as two of them were recently caught in Death Valley again, this time quenching their thirst at a gas station. Autoblog’s photographers were able to capture some spy photos of these cars and there quite close up, so we can learn a good bit from them.

From the front of the Cullinan, it’s clear that it borrows the same face as the new Phantom. Its horizontal headlights and little vents underneath them are all Phantom. The massive Pantheon Grille is also of the new Phantom style. Out back, there are rectangular exhaust pipes, reminiscent of many BMW products. To be honest, this seems a bit vulgar for a Rolls Royce. Other than that, though, it’s exactly as you’d expect a Rolls Royce SUV to look like. 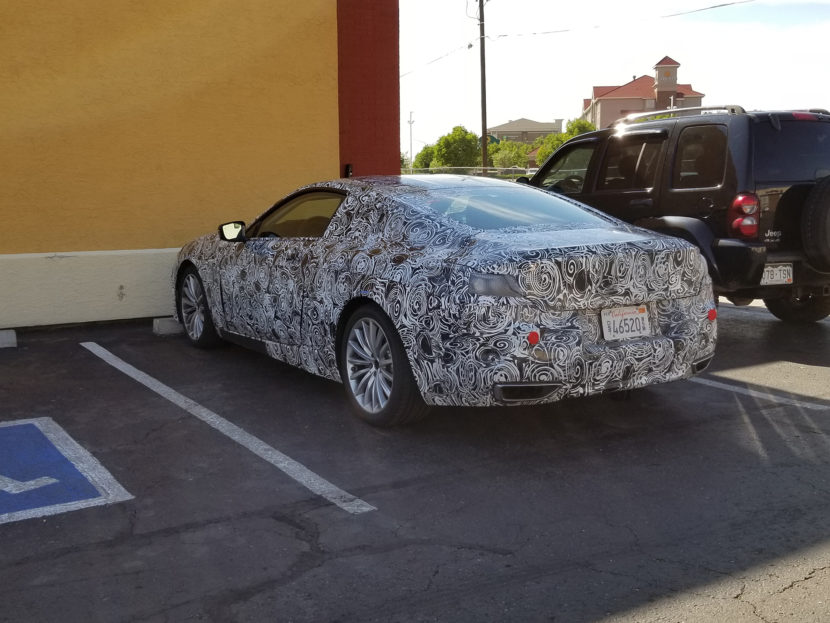 Behind it, filling up, it the BMW 8 Series Coupe. What a pretty car this is going to be when it finally debuts. That svelte roofline, long hood, short deck and muscular hips all make it look very sporty, very seductive. This may be a bit premature but the 8 Series could be BMW’s prettiest car in decades. Just look at the creases in its hood and the way the nose slopes so low. This will be a stunning car.

Both of these cars are highly anticipated and both seem near production-ready, so it can’t be long until they’re both finally debuted. There are many auto shows in the coming months, so it’s possible we’ll see one of them then. Until now, check out these spy photos and imagine what both will look like. I’m assuming good things.