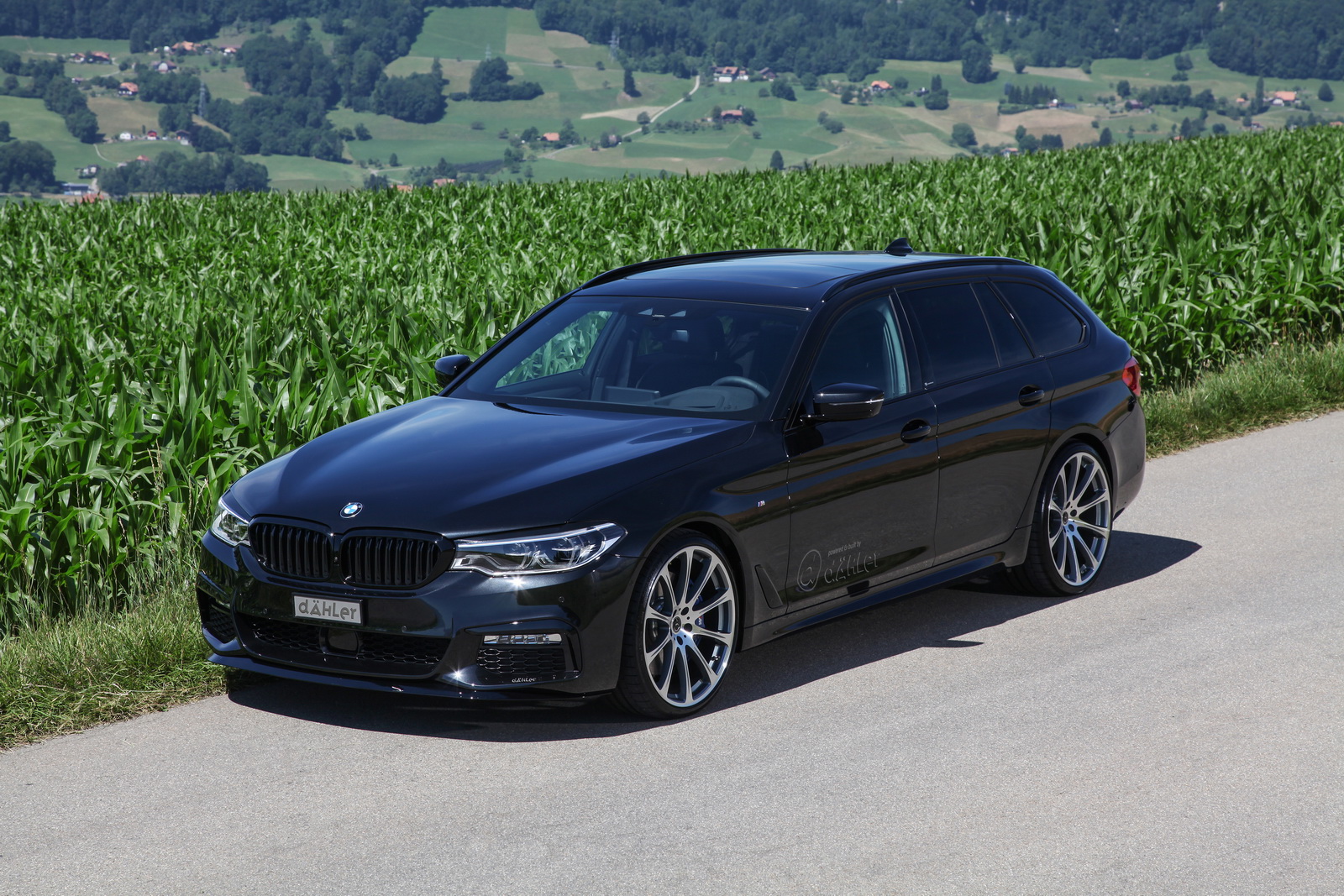 We recently had the chance to test the new G31 BMW 5 Series Touring and we were blown away with its dual character, a perfect blend of comfort and sportiness. It looks like we’re not the only ones paying attention though, as the guys from Dahler decided to release a full tuning kit for the 5 Series Touring range. The model they looked closest into was the 540i and for good reason, as it is the only petrol 6-cylinder version in the range.

Under their supervision, the 540i can go up from its standard 340 HP to a hell of a lot more. The Stage 1 kit Dahler has in store takes the B58 mill to 380 HP and 560 Nm (413 lb-ft) of torque while their Stage 2 upgrade reaches 400 HP and 580 Nm (428 lb-ft) of torque. Those figures are dangerously close to what the S55 engines of the M3 and M4 models can put down. However, if you’re a diesel fan you’ll have to wait as the Swiss tuner is currently working on a set up upgrades for everything in the range, going from the 520d to the 540d model. 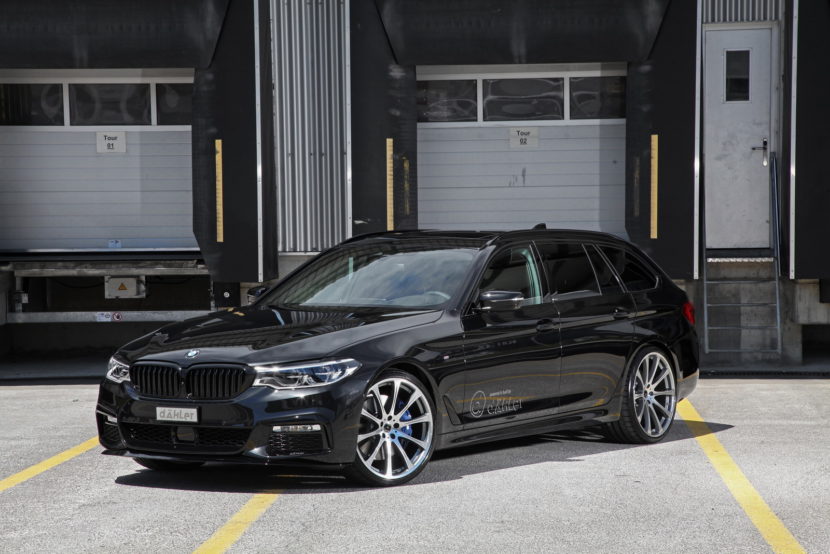 Other upgrades are more focused on the visual side of things. The car we’re looking at here has a sports suspension that lowers the ride height by a noticeable amount while the 20″ and 21″ wheels fill up the wheel wells rather nicely, reminding us of the E60 M5 wheel design. Round the back you’ll also notice new exhaust tips that come with the freshly installed stainless steel exhaust that’s now handling the extra fumes coming out of the engine bay.

Inside the cabin the biggest change is the new instrument cluster that resembles the one Alpina uses and has new graphics and markings. As you can tell, the new speedometer has markings all the way up to 330 km/h (205 mph), a big increase since the standard 540i is limited to 250 km/h (155 mph). That’s a proper hint at the higher speeds this tuned model can reach. 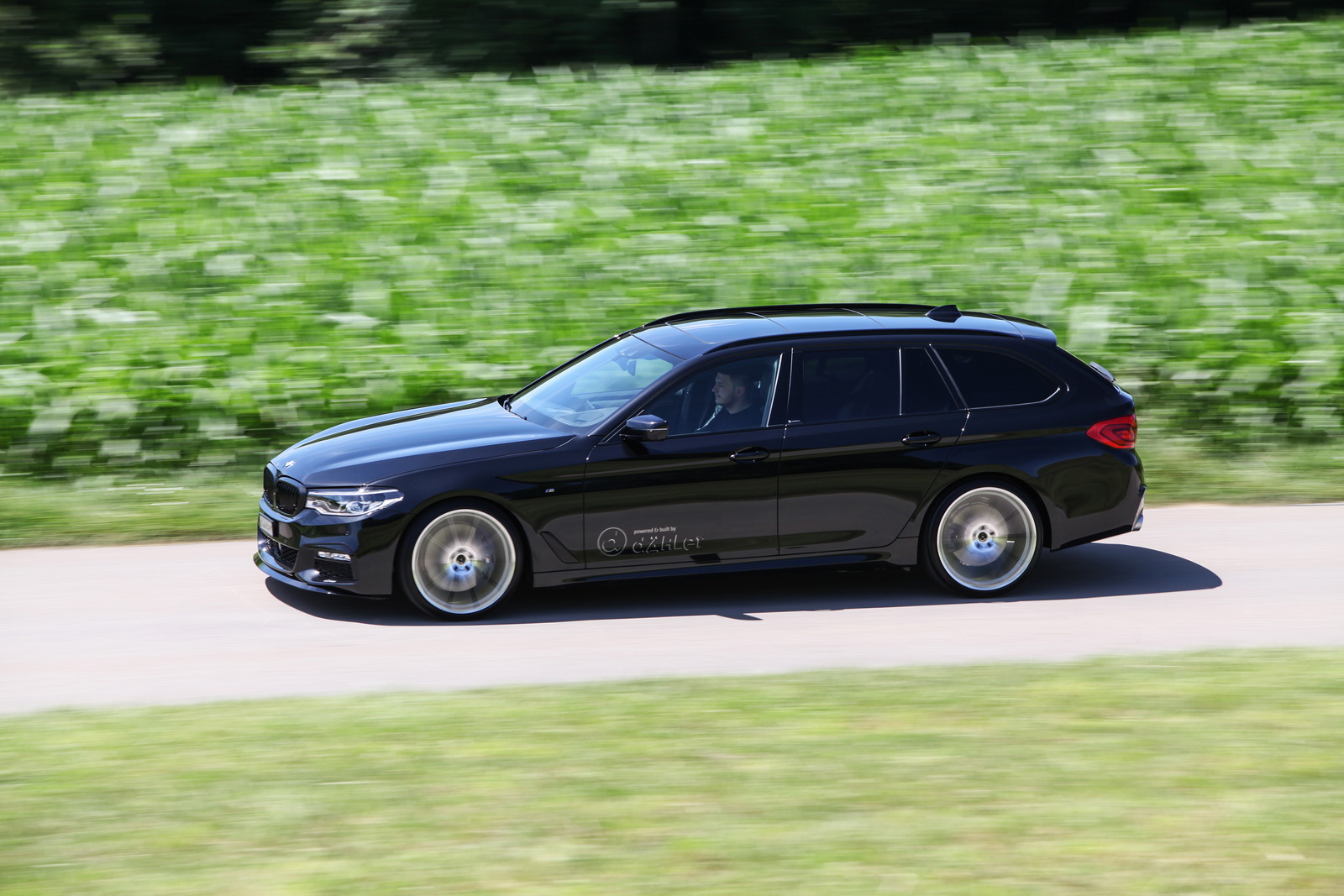 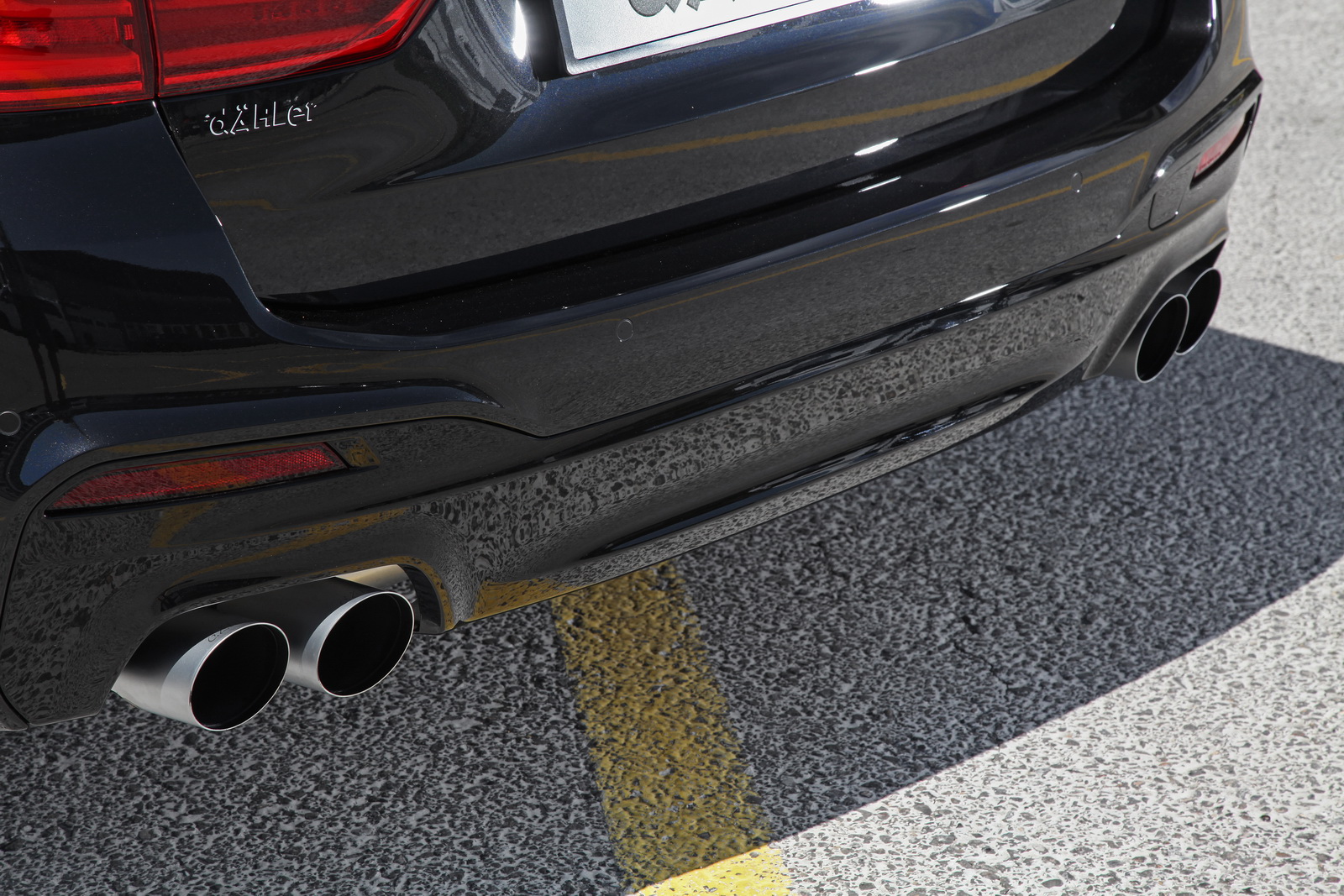 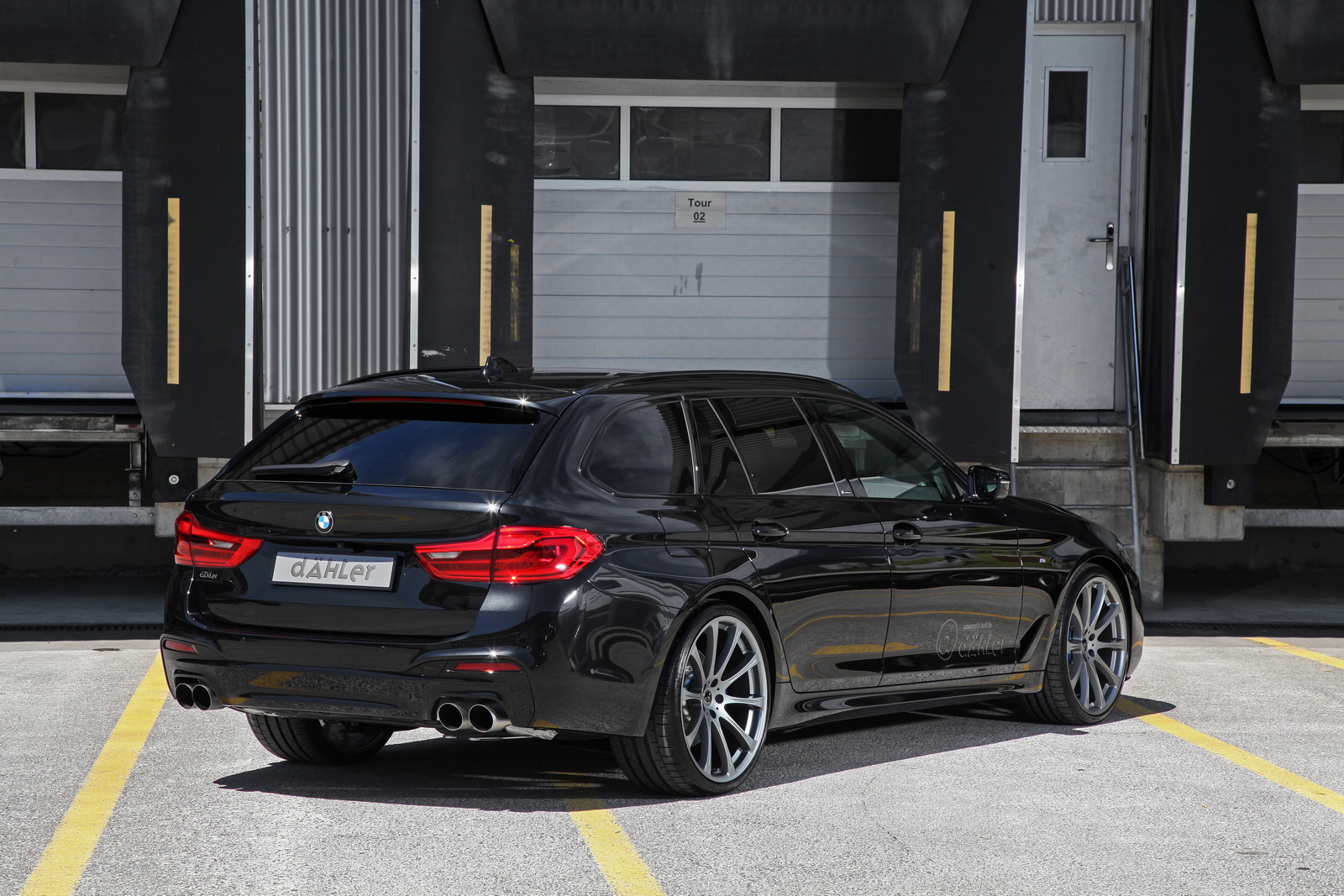 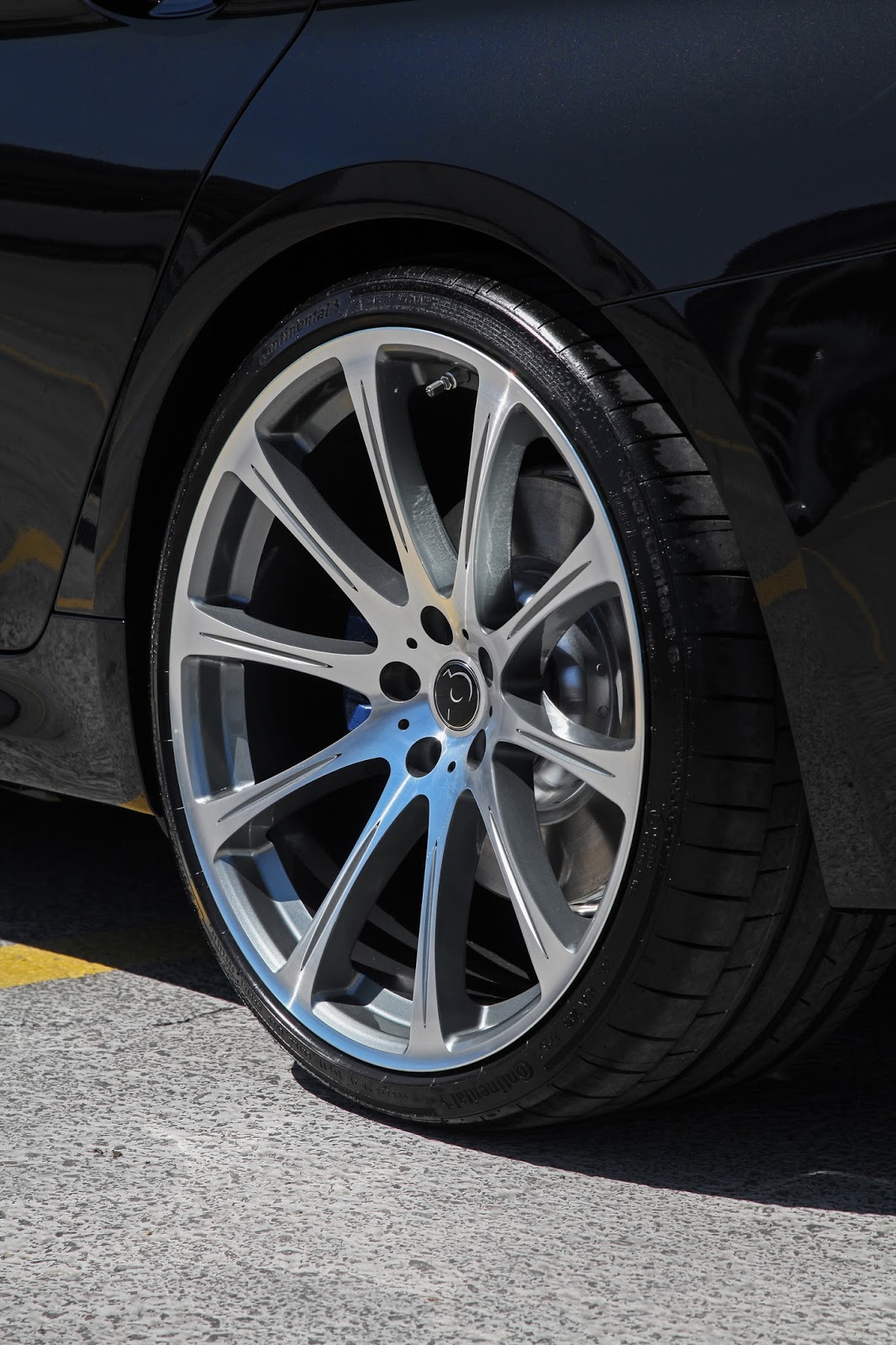 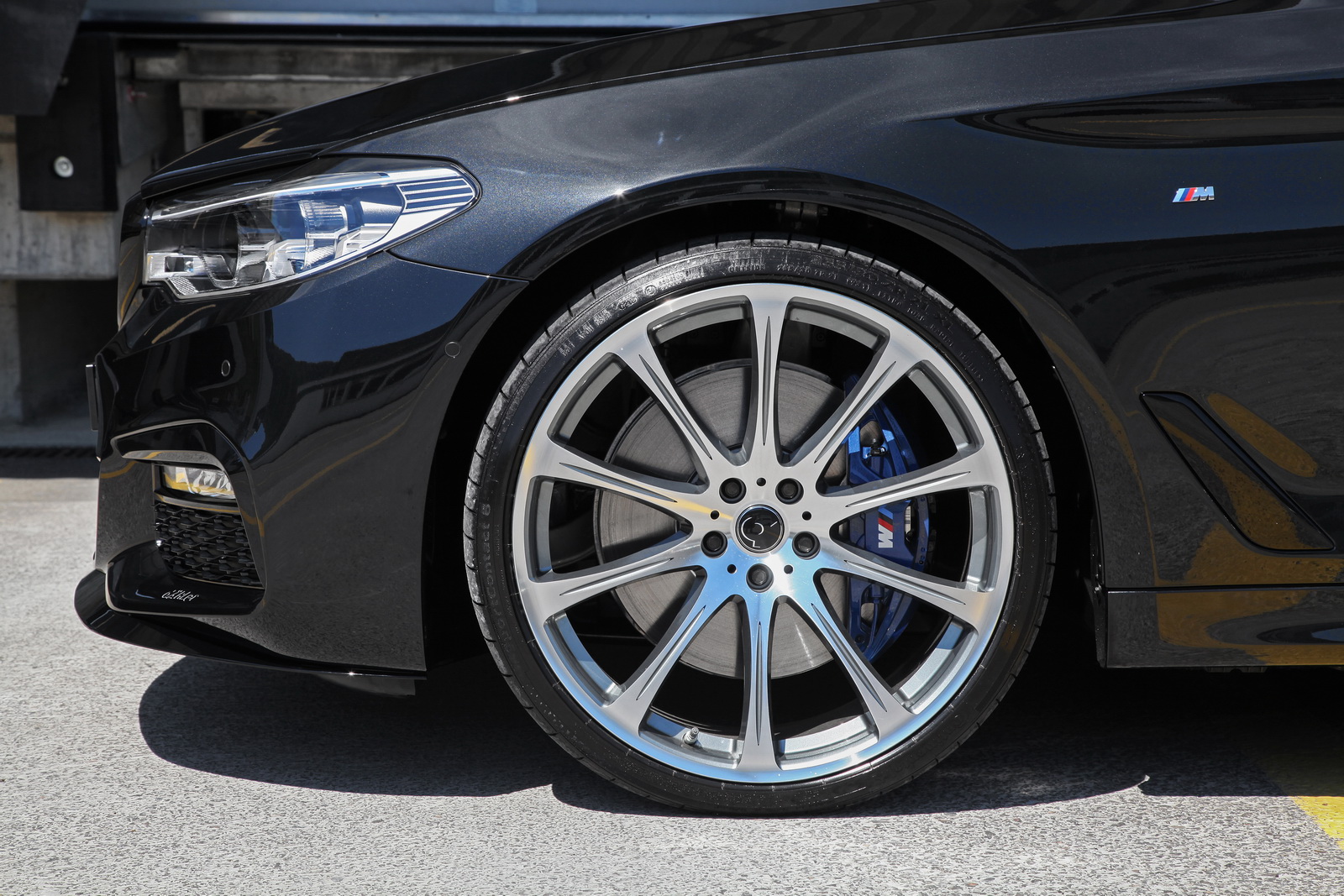 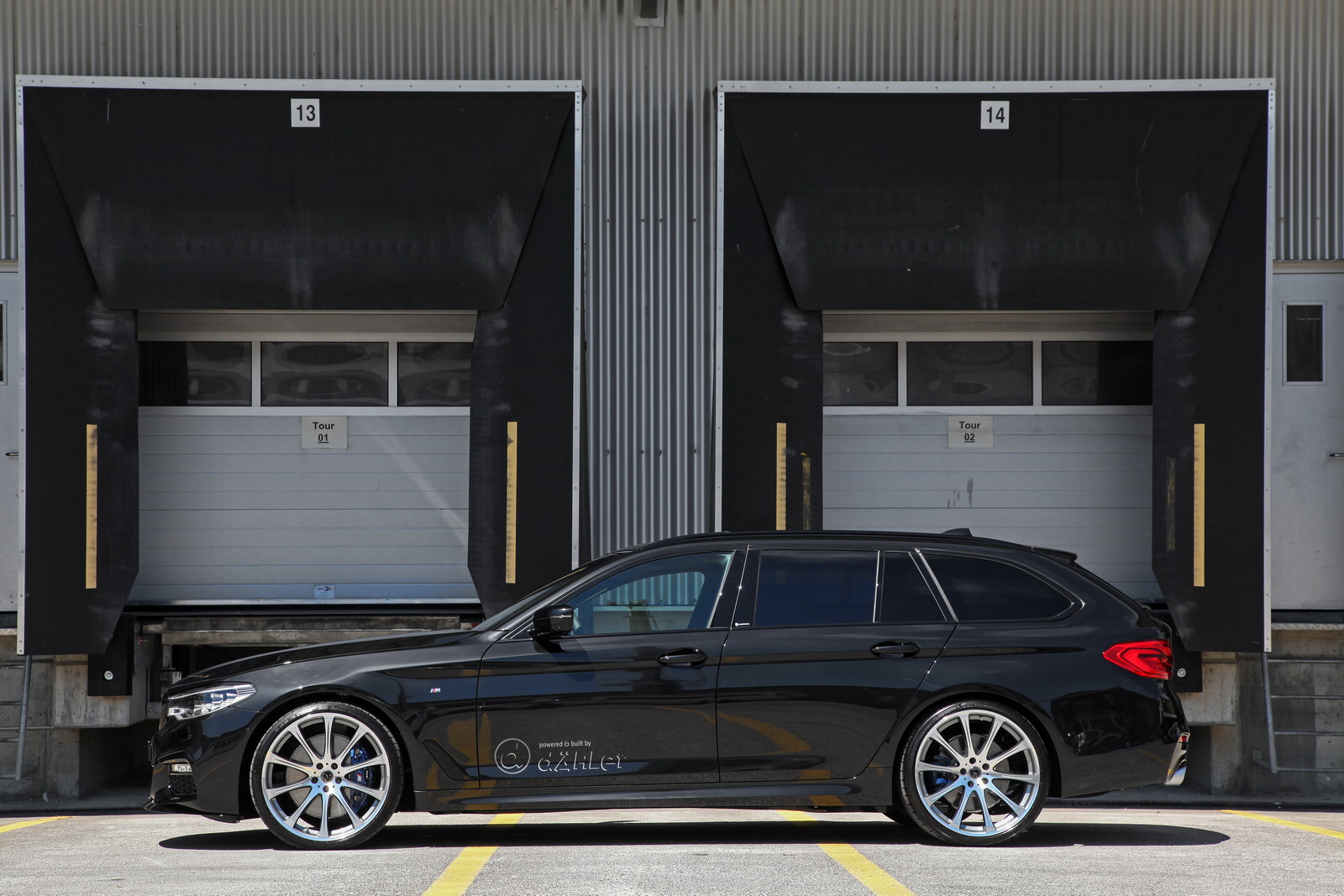 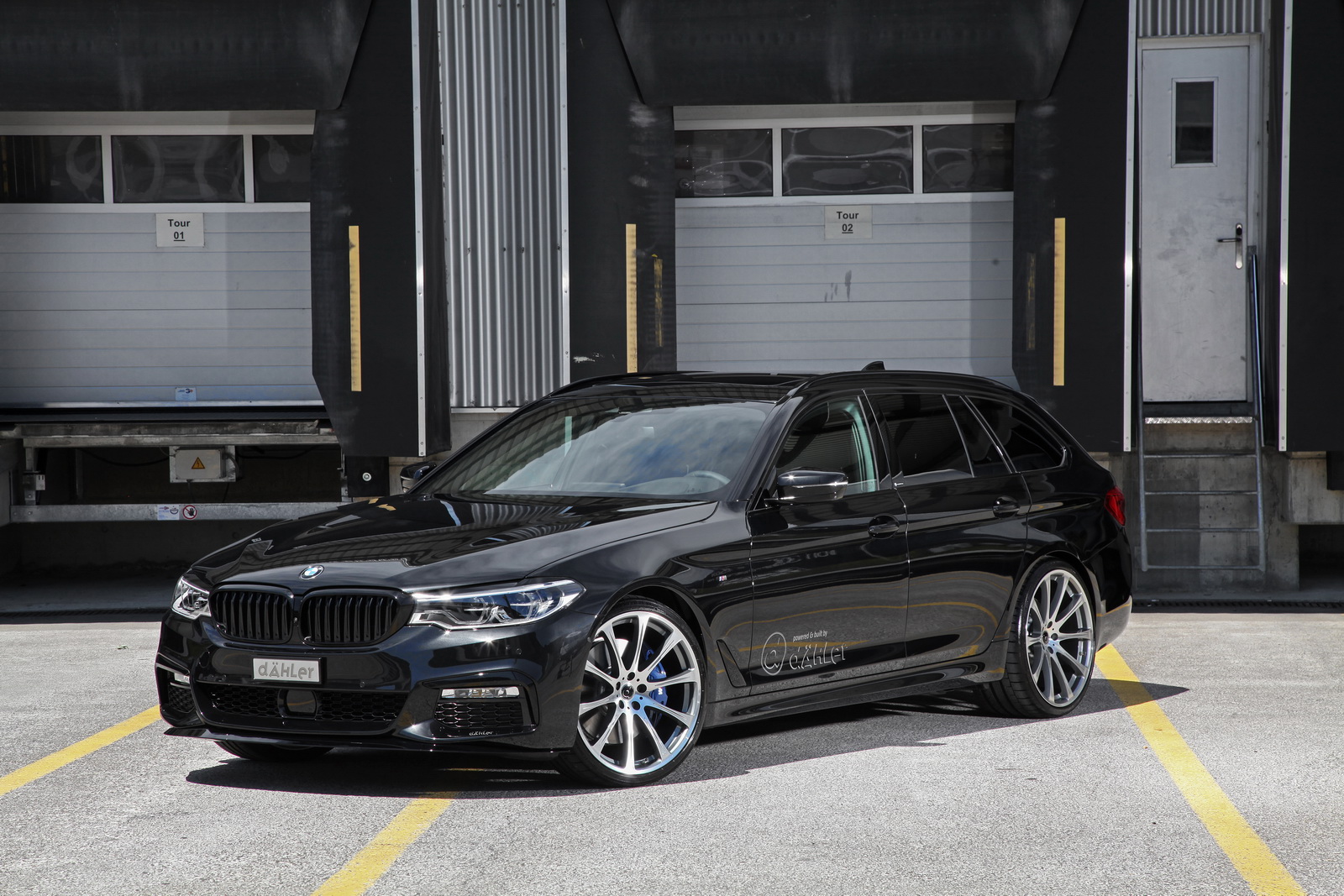 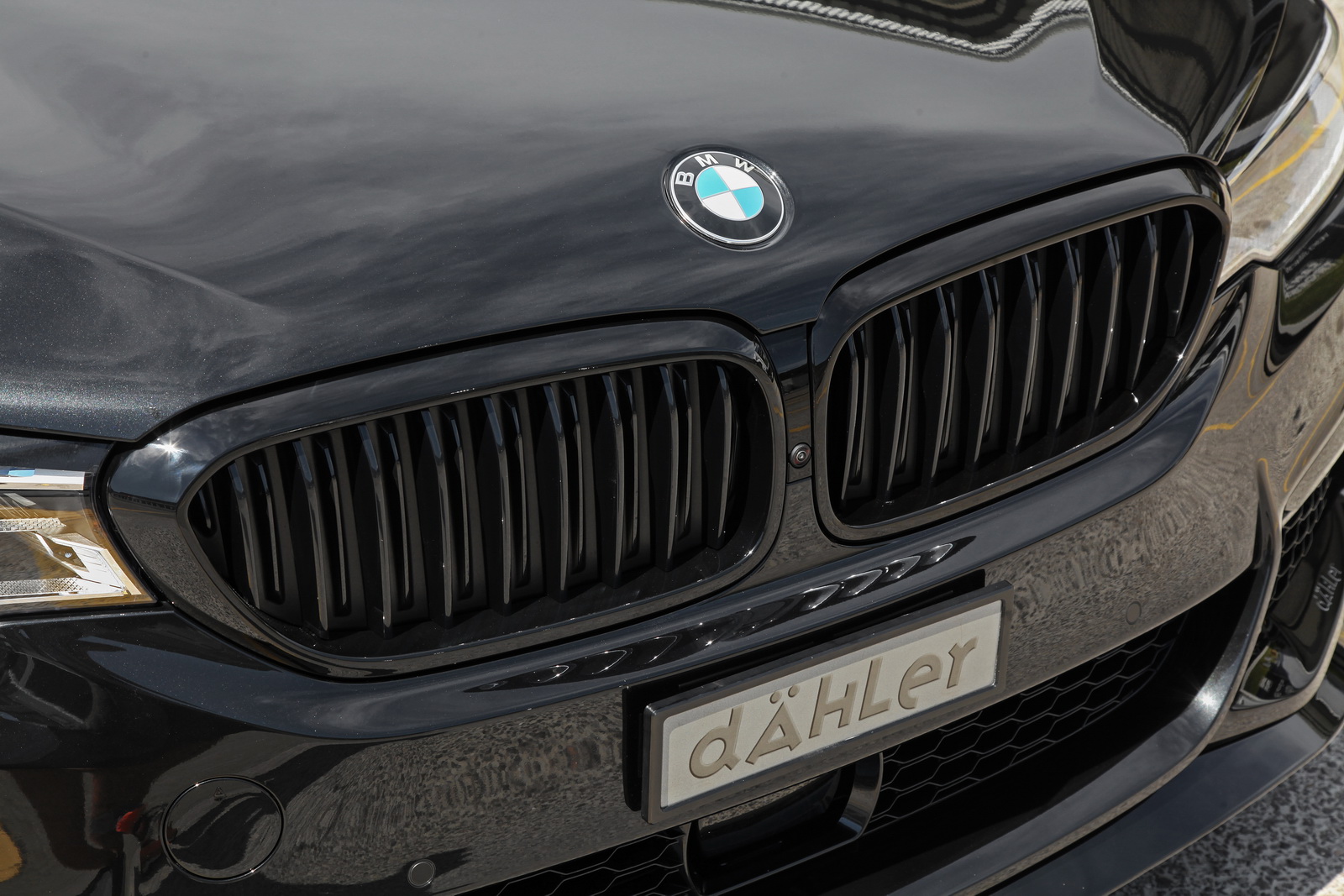 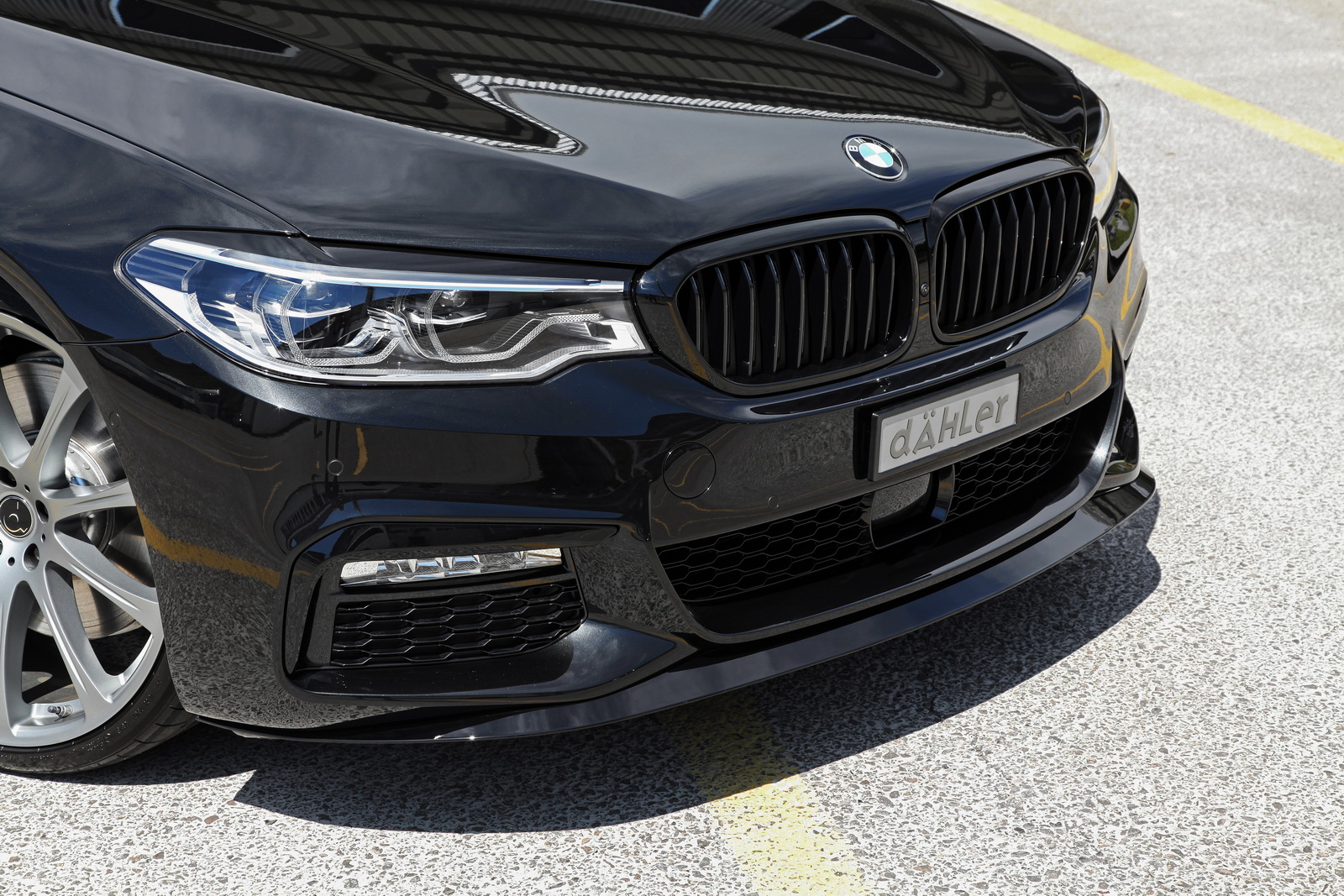 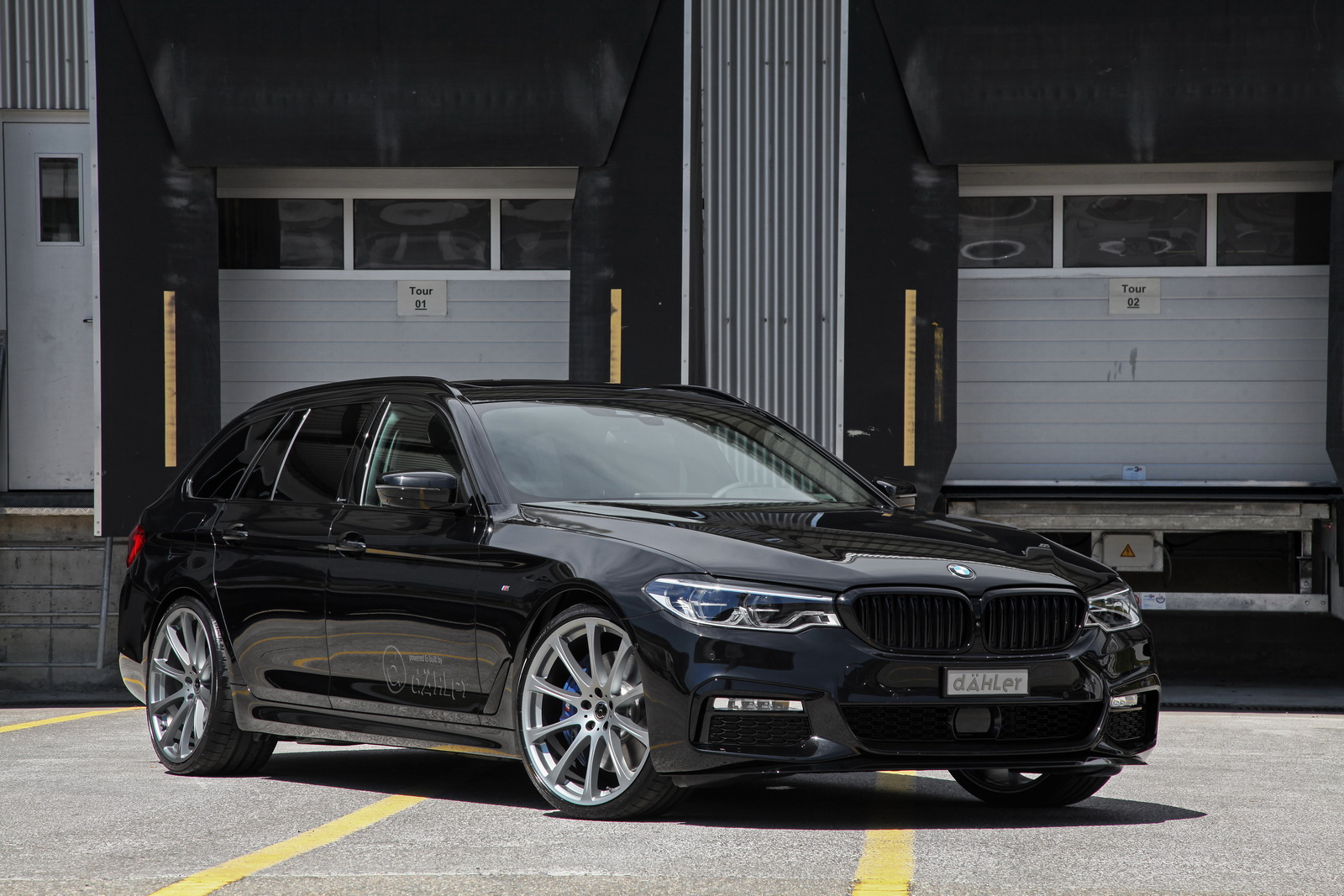 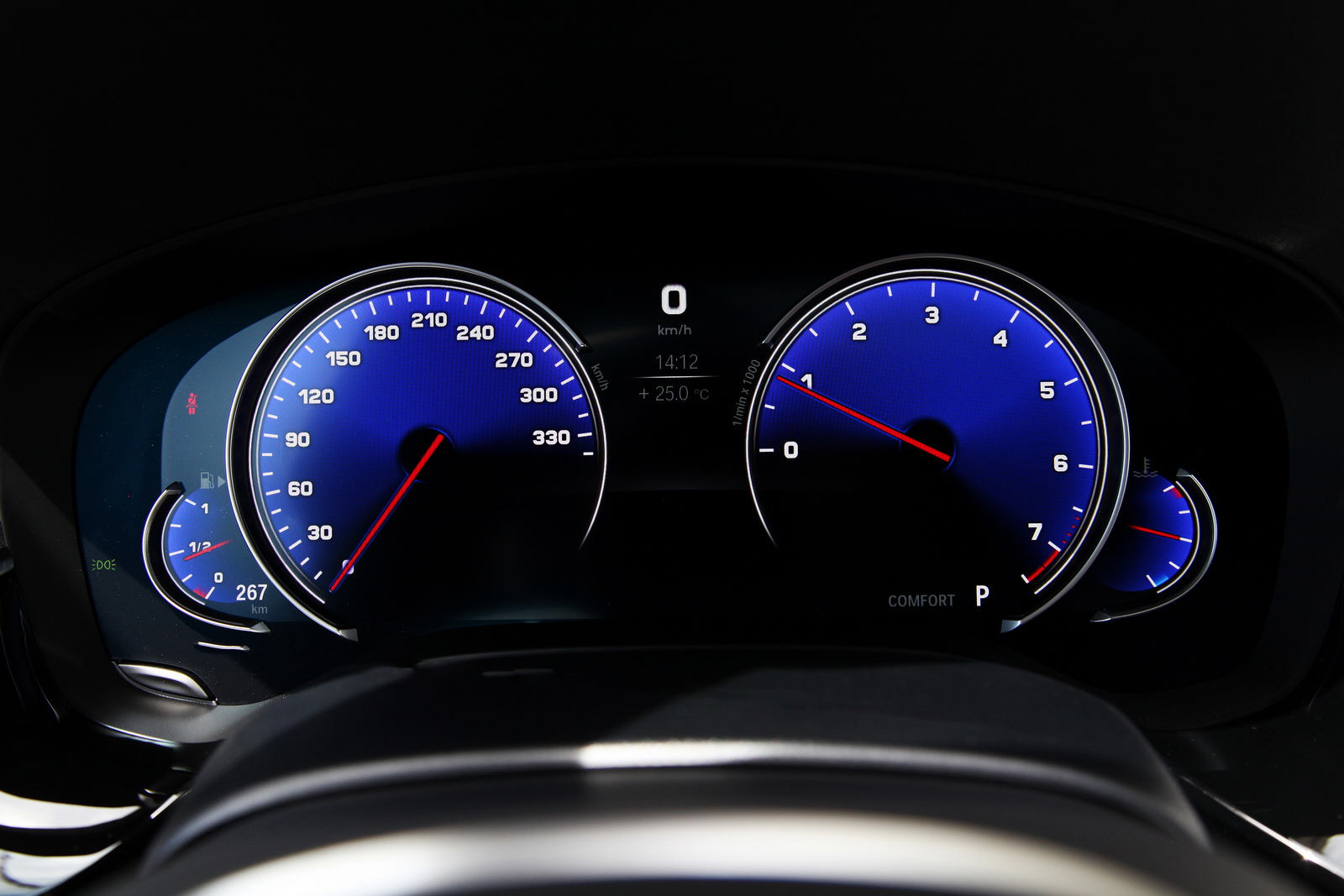