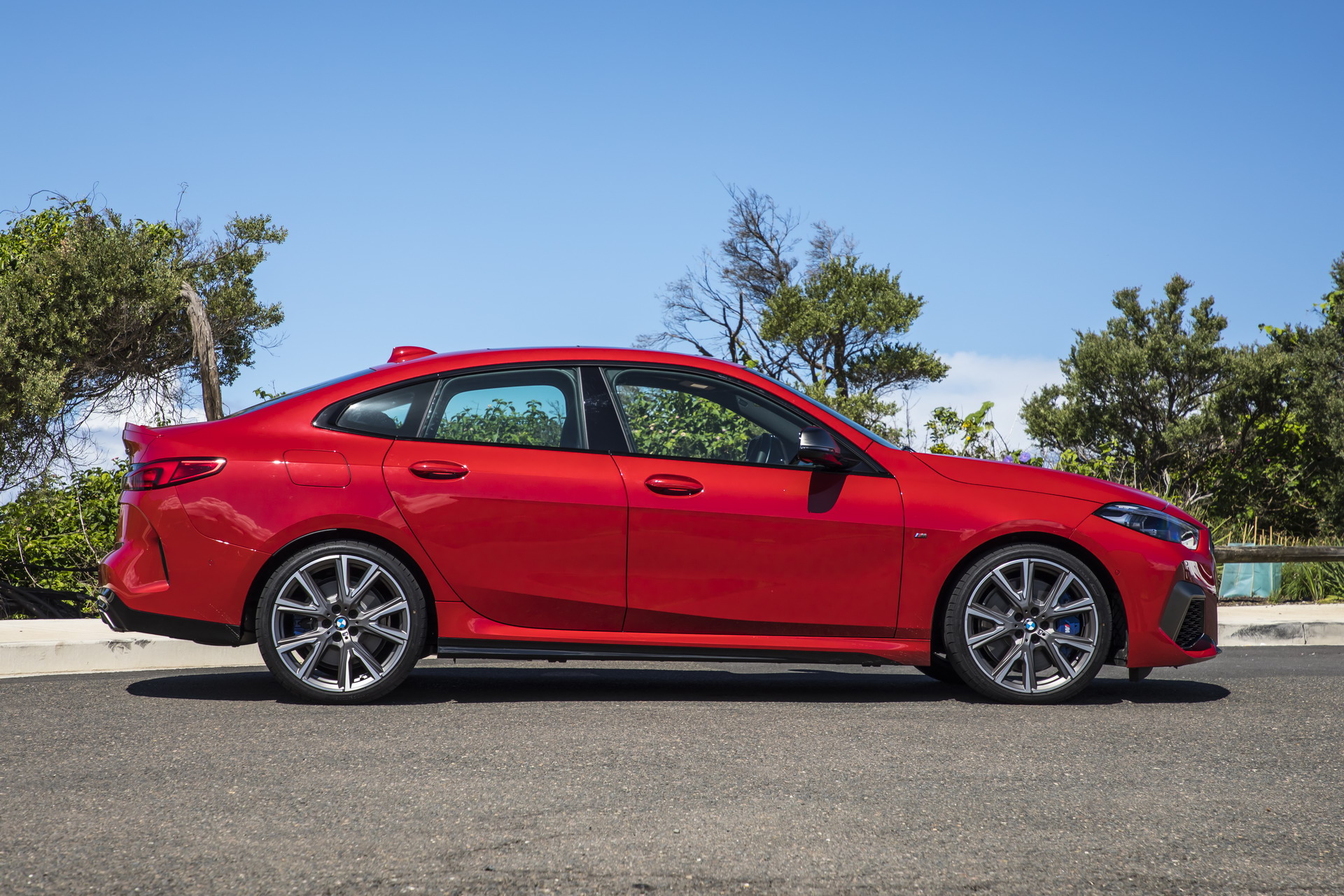 Autobild brings new details forward regarding the rumored BMW 2 Series Gran Coupe. First news of a sleek four-dour 2 Series coupe hit the news back in 2016 when our sources mentioned a codename F44 for the new model. The 2020-2021 model is based on the next generation 2 Series and aims to bridge the gap between 1 Series Sedan and the 3 Series Sedan.

With a length of approximately 4.5 meters, the 2 Series Gran Coupe has roughly the same length as the current Gran Tourer. Sources say that particularly striking is the two-eyes-face, which is said to be planned, to remind of the legendary 2002. Initially designed  as a rear-wheel drive, which was however found as too expensive and too close to the 3er, the 2er Gran Coupe is now a front-wheel drive vehicle, but with an optional xDrive system.

The six-cylinder is taboo for the 2 Series Gran Coupe , therefore the strongest version of the 2.0-liter four-cylinder engine – 252 hp – will be used as the top model. An iPerformance model could deliver additional performance, thanks to an E-module. Alternatively, a 2.0-liter petrol engine with 197 hp as well as three diesels with 156, 197 and 240 hp would be offered.

A major step in the 2er Gran Coupe is networking and digitization. The focus here is on the attempt to integrate the car into the daily routine as a companion. Allegedly, the instrument cluster is now LCD and has been merged with Connected Drive LCD, for one continuous LCD from front of driver to center of dash.

The rendering by Autobild shows a sleek coupe with the front-end being a combination of the BMW 2002 Turbomeister recently unveiled, and some typical BMW design cues. The silhouette is that of a sports car, with a low center of gravity, long bonnet and short overhangs, while the roofline gives the car that sleep look of a Gran Coupe.