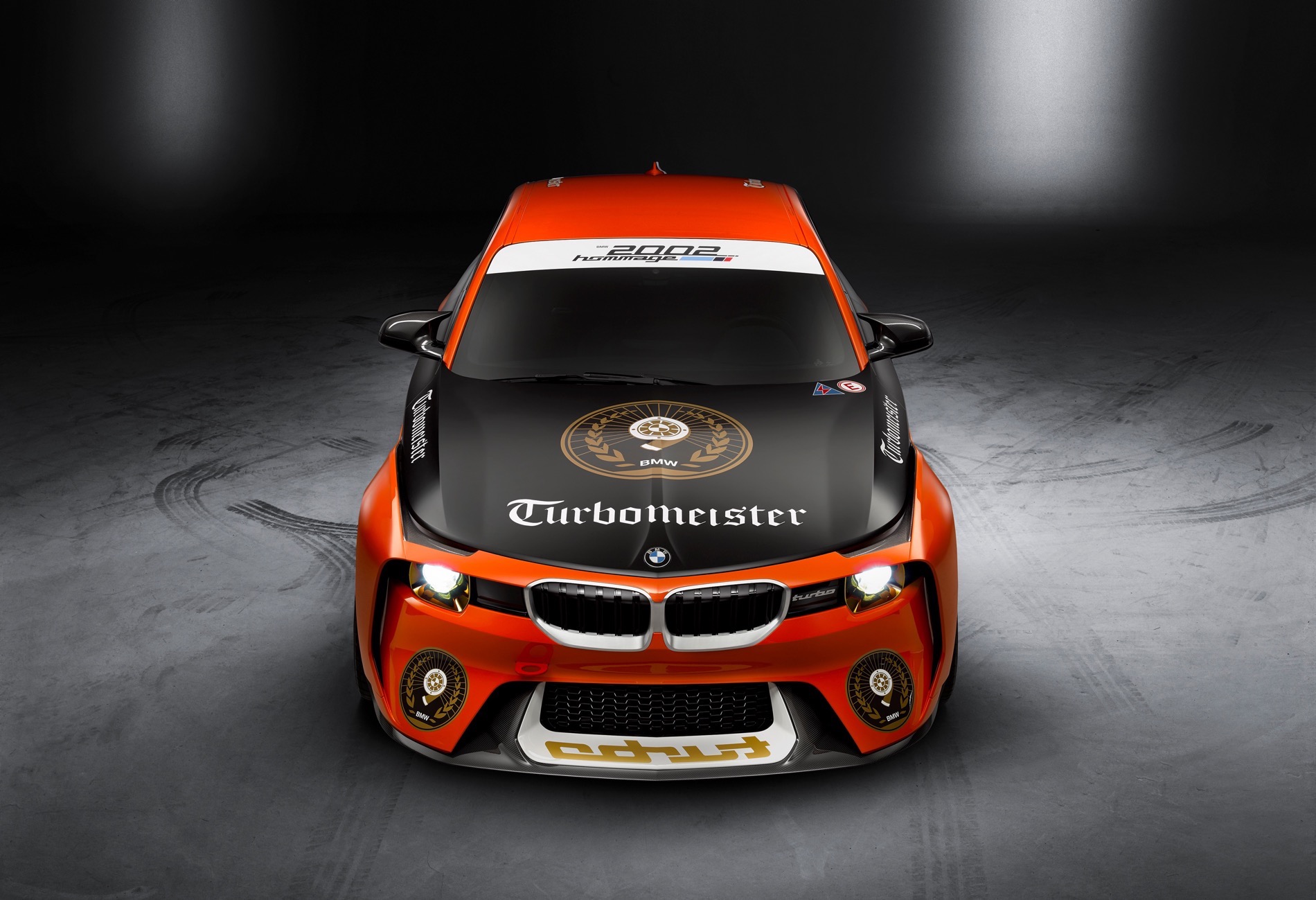 Back in 1973, BMW launched the 2002 Turbo, Europe’s first ever production car fitted with a turbocharger. It’s odd, now, to think that before 1973, no European car was turbocharged, considering almost every current European car has some sort of blower on it. But the 2002 Turbo was the first and it launched the BMW 2002 into motorsport history. To honor this, BMW has launched a new concept car at Pebble Beach — the BMW 2002 Hommage Turbomeister.

“The BMW 2002 Hommage celebrates the extraordinary feats of engineering on which BMW turbo technology is based and re-interprets them in the form of a design study,” says Karim Habib, Head of Design BMW Automobiles. “With its iconic orange/black paintwork, the car has a colour scheme and livery synonymous in the minds of many motor sport fans with the triumphs of the 1970s.” 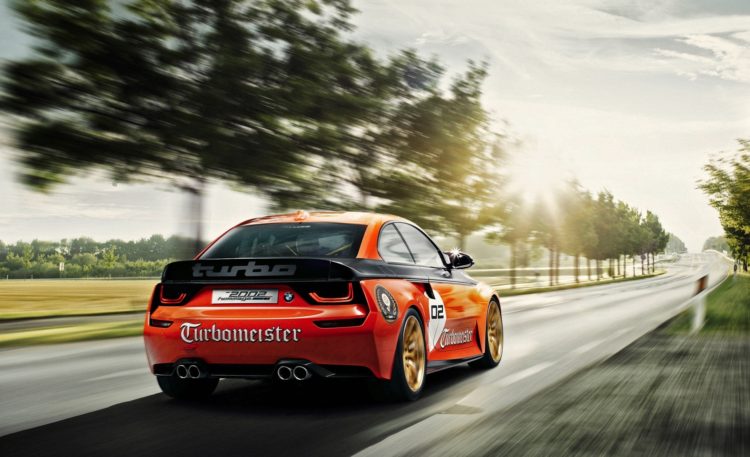 The Turbomeister is basically just a re-skinned version of the 2002 Hommage Concept shown at the Concorso d’Eleganza at Villa d’Este in Italy back in May. That means it’s basically a BMW M2 underneath the skin, as it is on the M2 chassis and uses the same engine. However, it has a mostly carbon fiber body on time that’s as extravagant as it is striking. Some love it, some hate it, but no one can argue that it’s eye-catching.

But to make it a ‘Turbomeister’, BMW simply gave it a cool paint job. And by cool I mean really flipping cool. It would be interesting to see BMW offer this livery on the actual production BMW M2. The gold wheels are sweet, too. 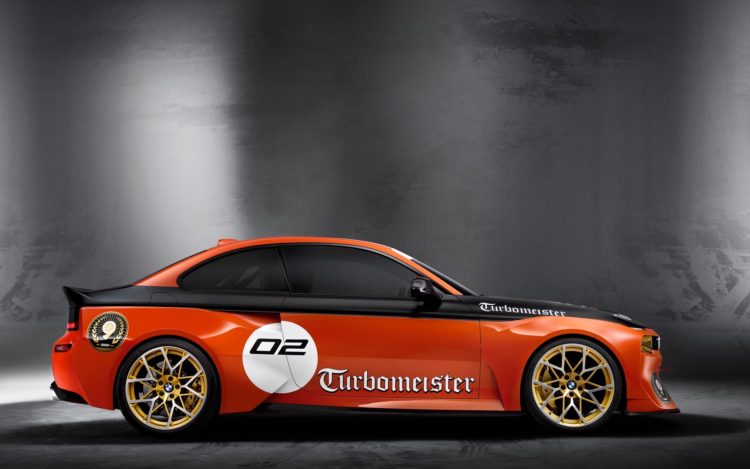 The gold in the headlights is to both honor the “Golden” 50th anniversary of the BMW 2002 and to be vaguely reminiscent of the sort of gold-inited headlights of racing cars back in the day. It’s also wears ‘Turbo’ badges on both the front splitter (backwards, just like the original BMW 2002 Turbo) and on the massive rear wing. ‘Turbomeister’ badges also adorn the car’s hood, fenders and rear bumper. 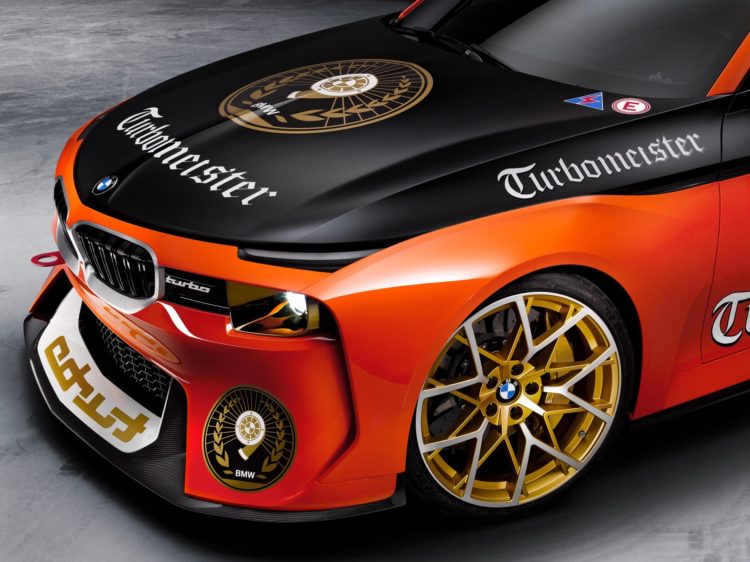 When the BMW 2002 Hommage Concept first debuted back in May, it actually drew more hate than love. However, this new one looks better. Something about the color scheme makes it look far cooler. It looks like something I wanna take and flog on a race track. What do you think? 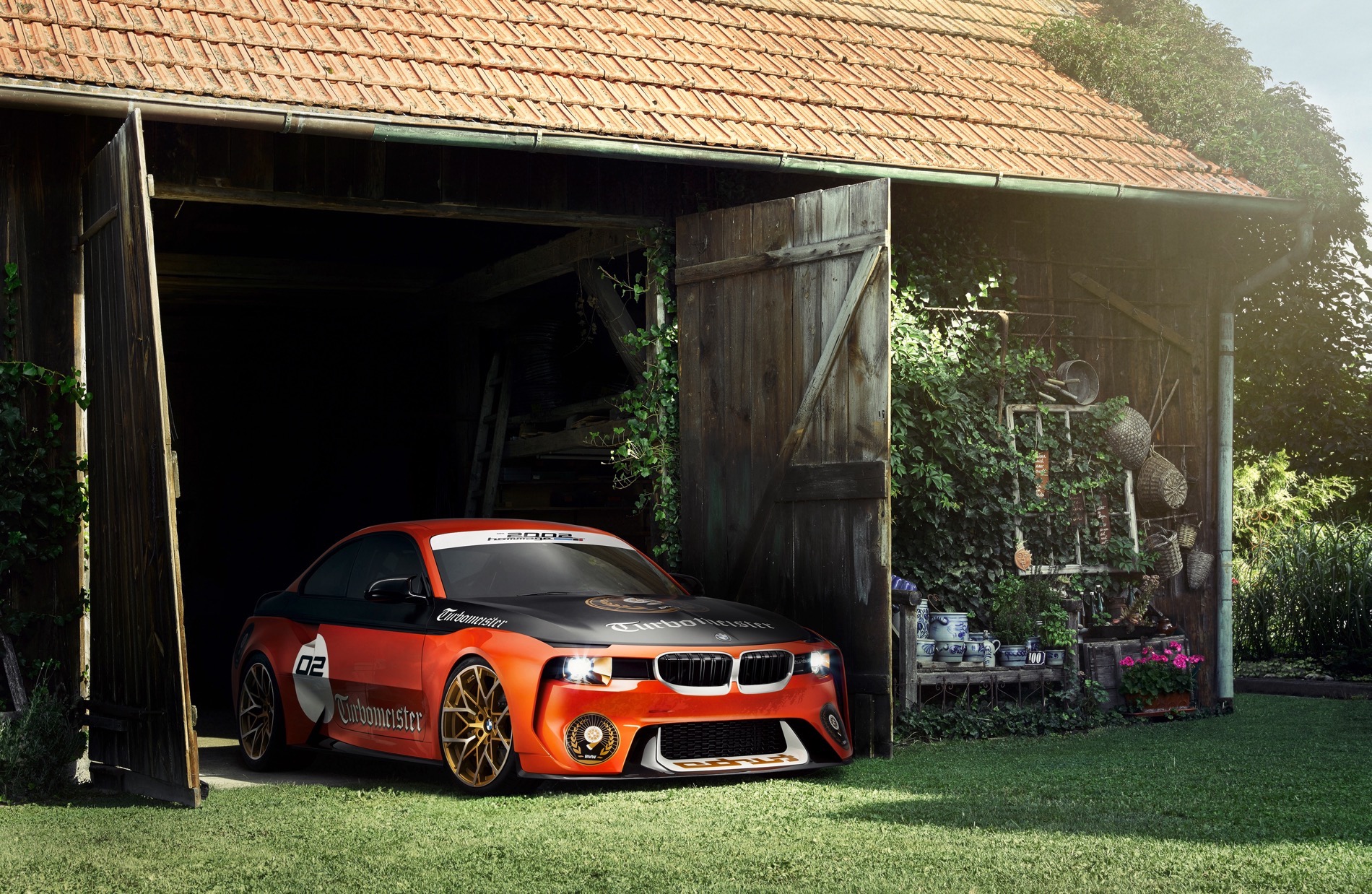 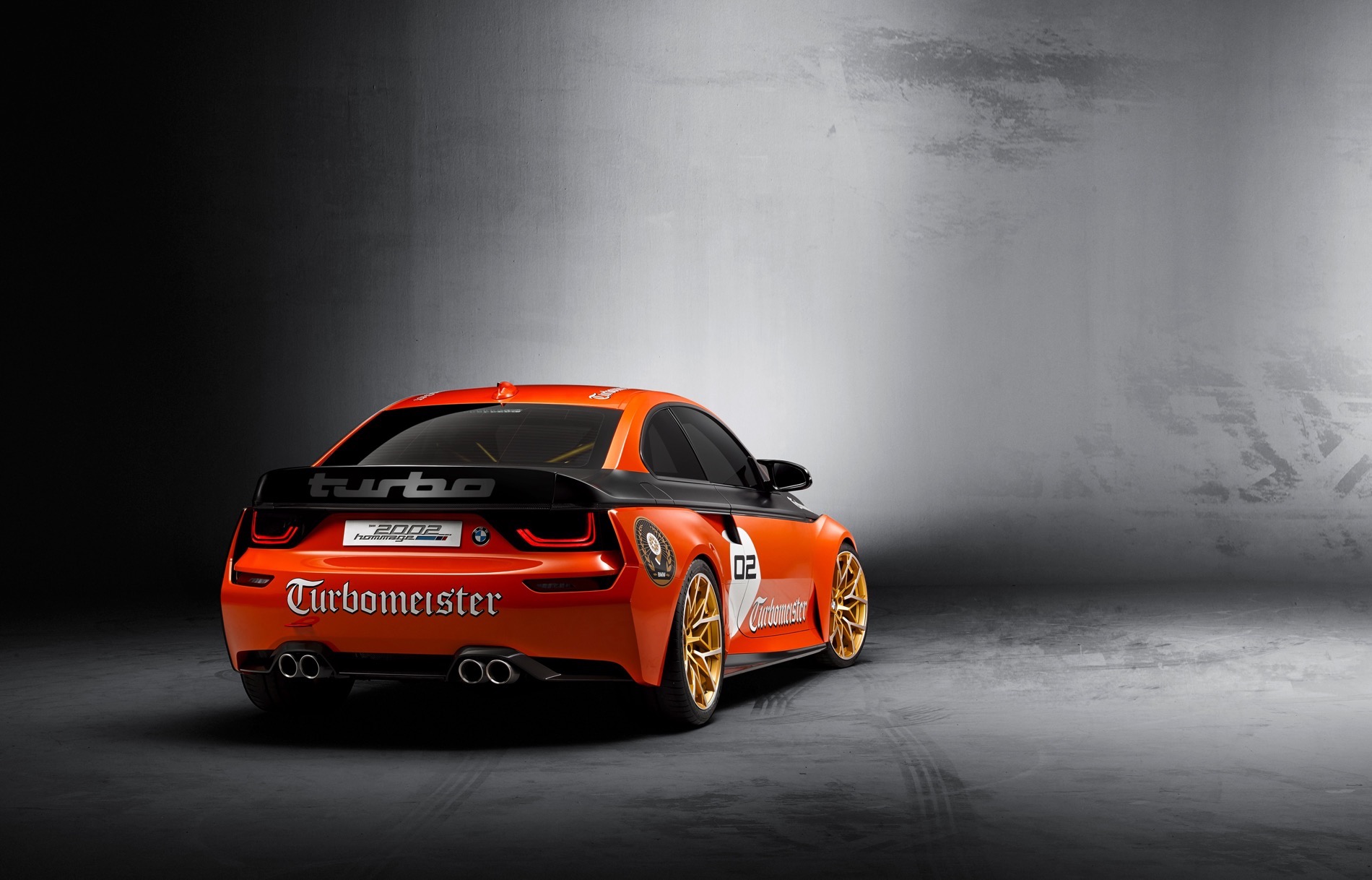 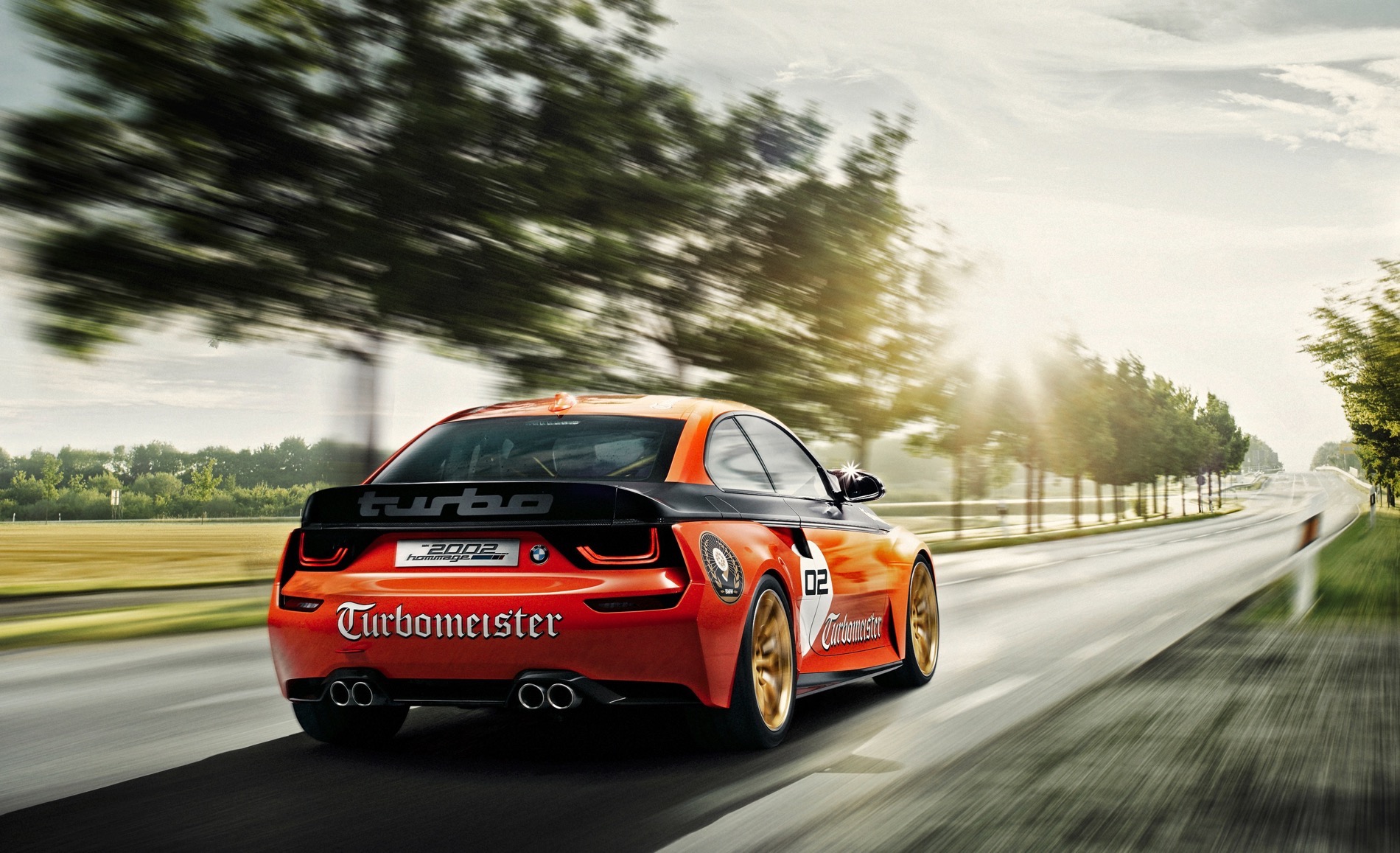 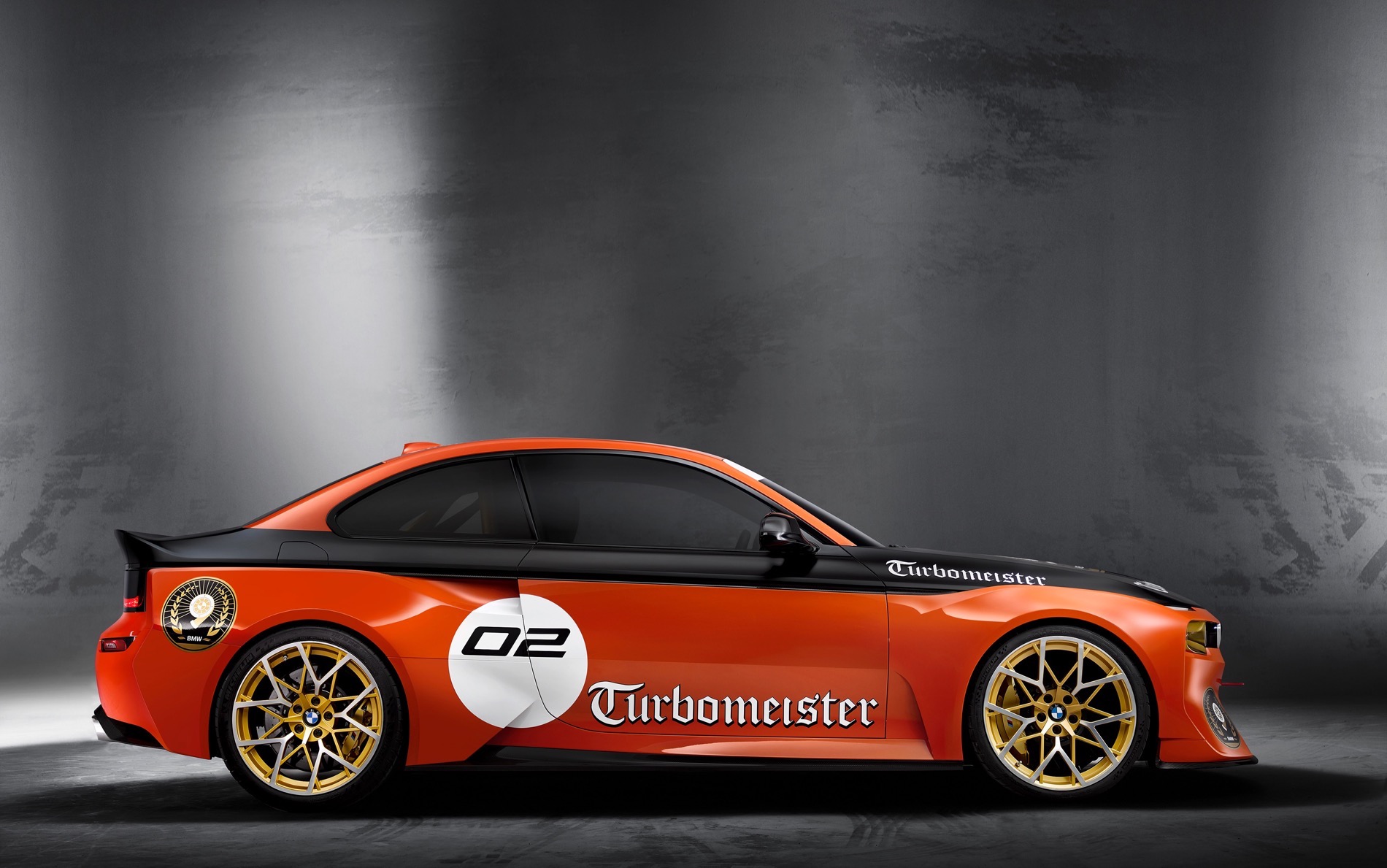 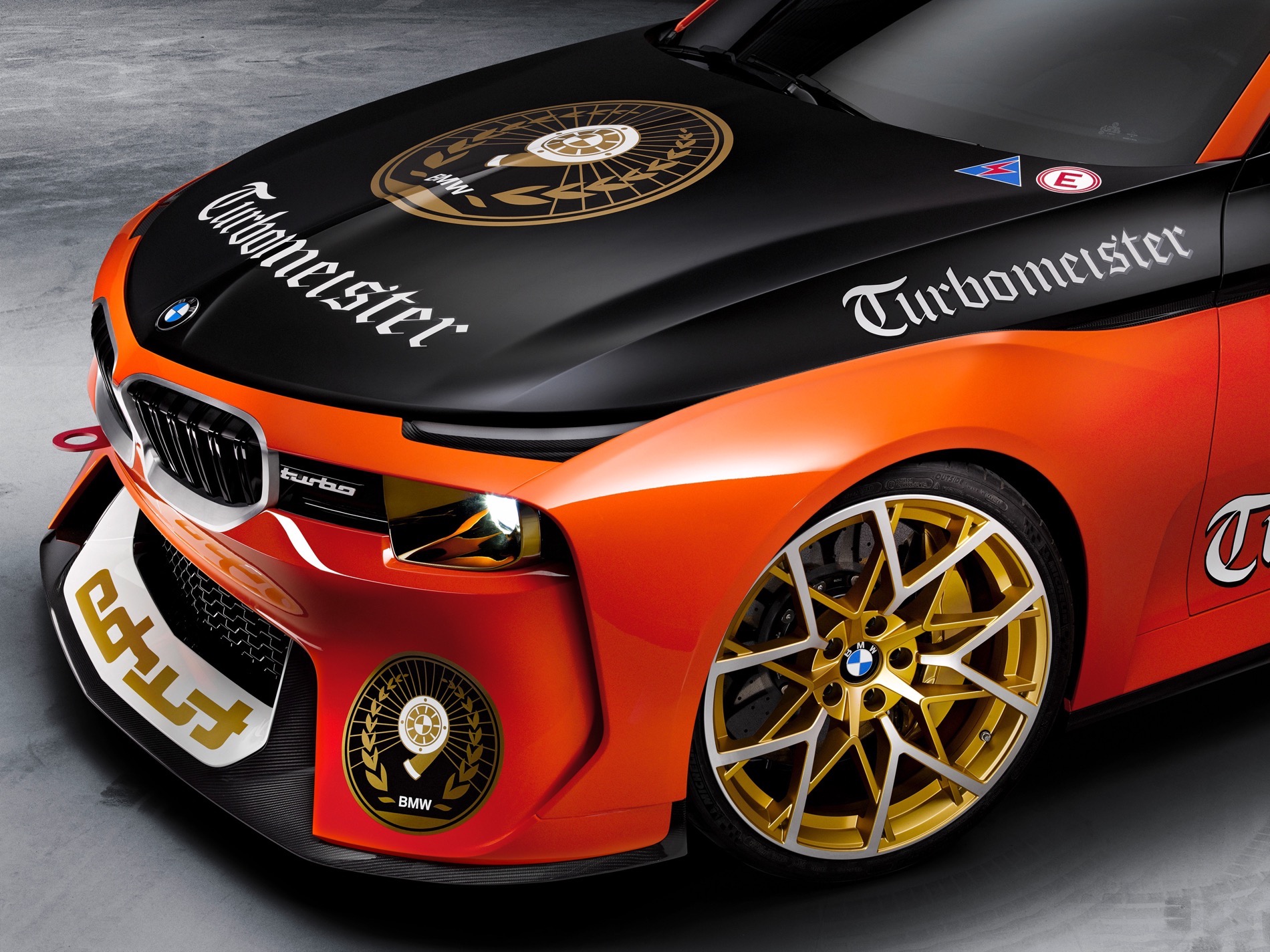 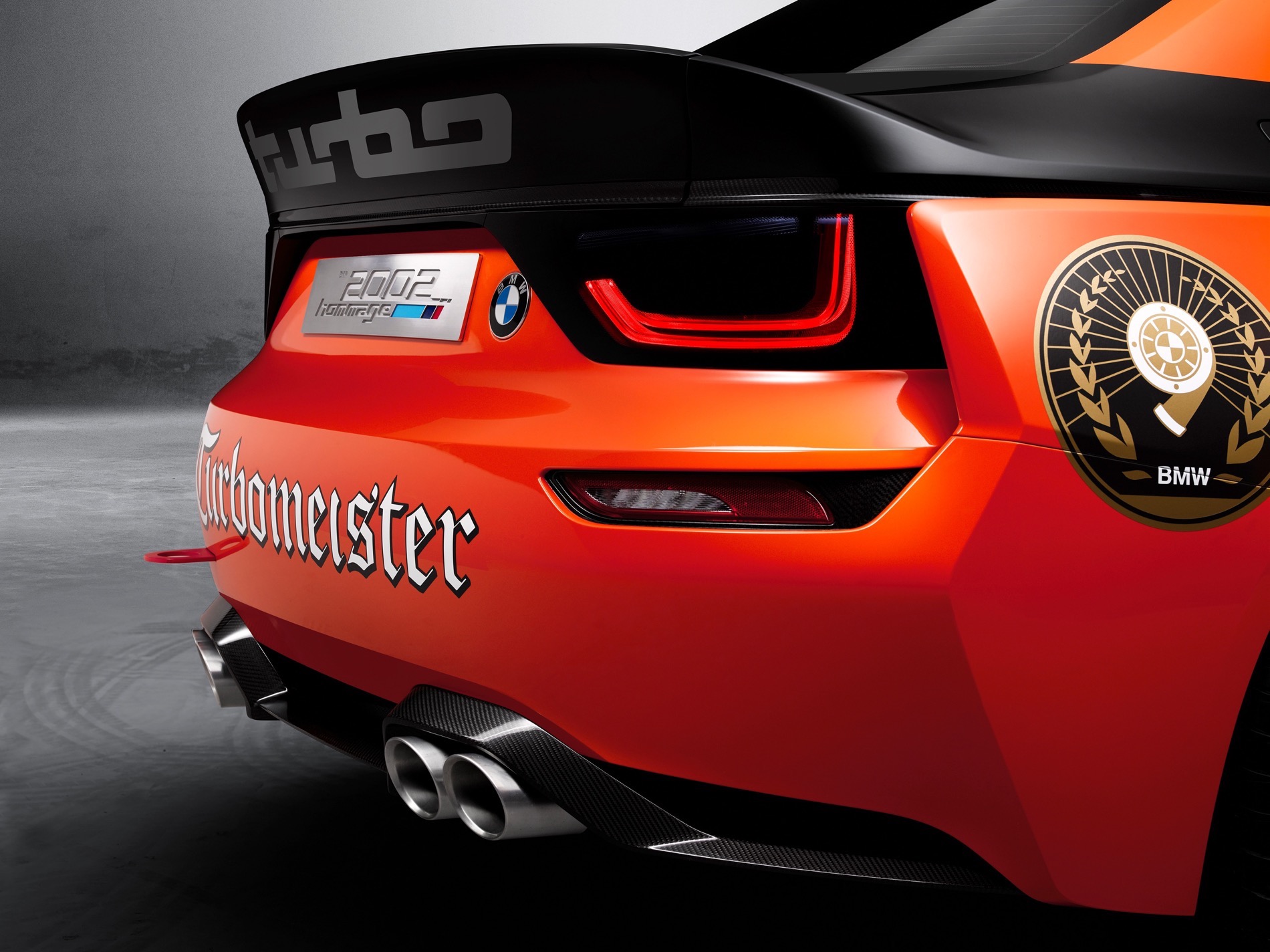