Video: Go Up the Goodwood Hillclimb aboard the BMW M4 CS

Home » Video: Go Up the Goodwood Hillclimb aboard the BMW M4 CS

At this year’s Goodwood Festival of Speed, BMW brought along its newest M creation, the BMW M4 CS. The high-performance model was taken up the famous Goodwood Hillclimb by BMW’s BTCC driver, Colin Turkington and, lucky for us, he took a 360-degree camera with him, to allow us to join in the fun. However, by the looks of things this wasn’t exactly all fun, but also demanded a lot of concentration.

A lot of people know about the Hillclimb event hosted at each Festival of Speed, but few know that the cars going up that hill are actually competing, trying to get the best lap time possible. The BMW M4 CS therefore was pushed hard in the hands of an experienced driver like Colin, and it looks almost completely drama free, with the exception of the launch. 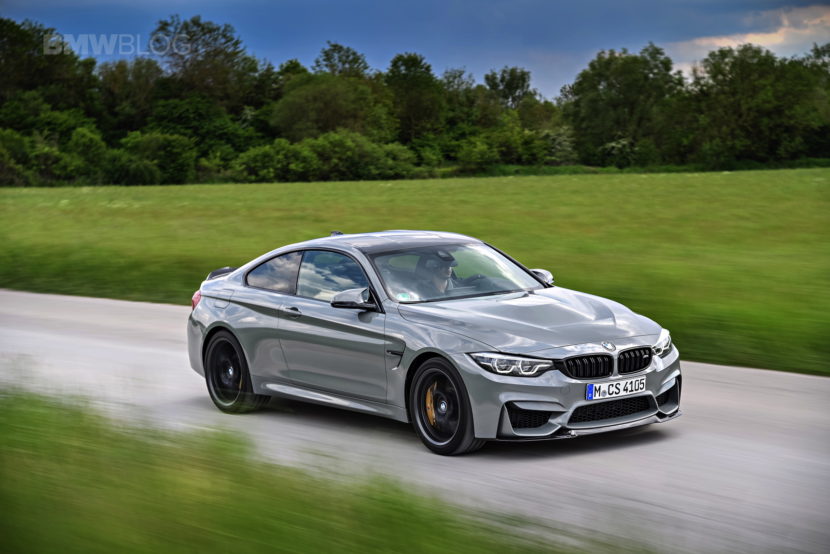 The car itself was stock which means it provided the exact specs BMW announced when it was launched. In the M4 CS, BMW’s 3.0-liter inline-six gets a 10-horsepower bump over the Competition Package for a total output of 460 horsepower. The engine features two single-scroll turbochargers, a charge air cooler, and both variable valve timing and double-VANOS variable camshaft timing. The only available transmission is BMW’s seven-speed M Double Clutch Transmission. The M4 CS hits 62 mph in 3.9 seconds.

The CS also comes standard with BMW’s Adaptive M suspension and Style 763M wheels which made their world debut on the M2 and M3 at the 2017 NYIAS, wrapped in Michelin Pilot Sport Cup 2 tires. Unfortunately, only 3,000 units are planned for production so you might want to hurry up if you want to get one.