VIDEO: Get an up close look at the BMW M4 CS from Shmee 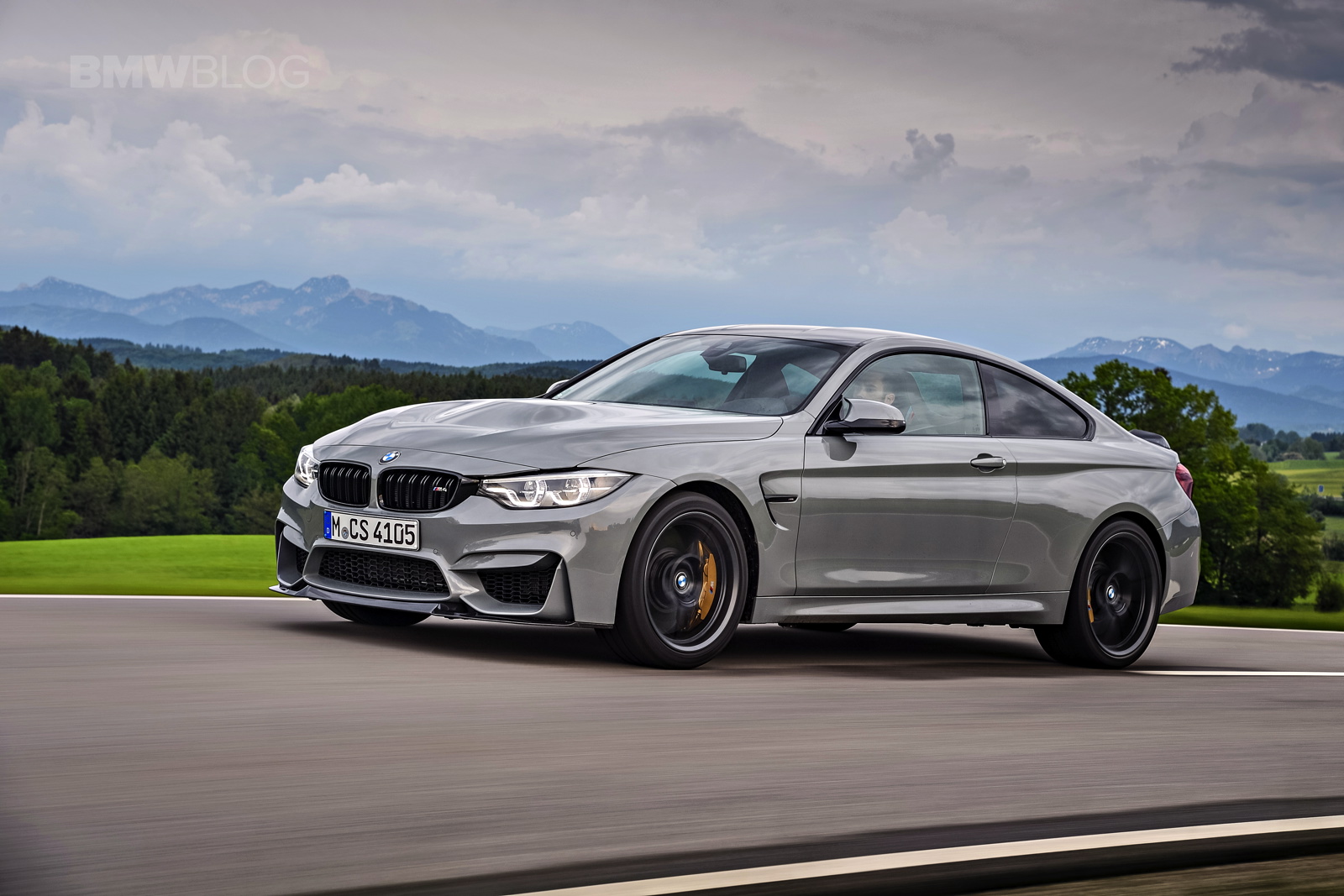 You’ve probably seen some video reviews from Shmee150’s YouTube channel before. In this new one, he drives the brand-new BMW M4 CS on the German Autobahn and we get a pretty close look at it, we get to listen to it and see what it’s like to drive it.

From the outside, this is by far and away the best looking variant of the M4. Forget the M4 GTS or the standard car, the BMW M4 CS is a gorgeous car. It has the aggressive Competition Package wheels, the awesome carbon fiber hood from the GTS and a great little rear decklid wing. It’s the M Division’s best work in a long time. Shmee’s car in the video is in Lime Rock Grey which looks great but it looks best in the San Marino Blue, which looks fantastic. 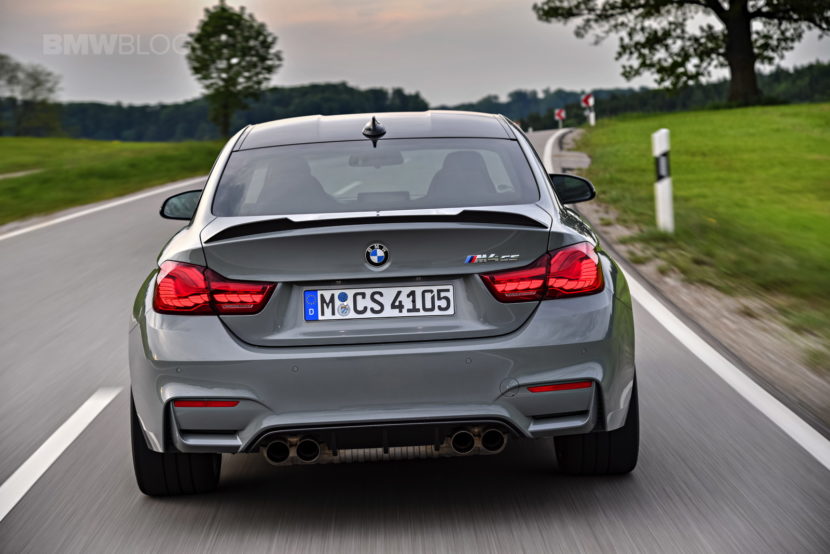 On the inside, there’s just the right amount of exposed carbon fiber bits from the GTS. The door panels are made of the stuff but have nice little Alcantara-padded arm rests. The seats are from the Competition Package, which look great, and there’s a thickly-rimmed Alcantara-covered steering wheel. This is the best M4 interior as well.

Under the hood is the same S55 engine as in the M4 but it’s been upgraded to 460 hp, just a few more than the Competition Package but less than the M4 GTS. With its as-standard DCT, it can get from 0-60 mph in 3.9 seconds and has an electronically-limited top speed of 174 mph. It also has the same exhaust as the Competition Package car, so it sounds a lot better than the standard M4, and there’s less interior sound deadening, so it’s a lot louder as well. It isn’t as psychotic as the M4 GTS, but better than the regular ole M4. 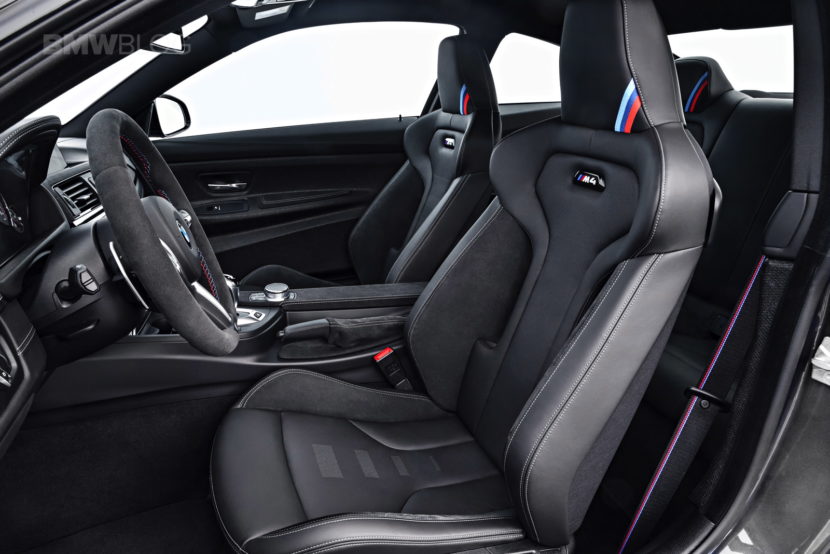 The suspension is from the Competition Package car as well but works a lot better with the slighter lighter M4 CS. Its steering has also been revised, so it feels a lot sharper than every other non-GTS M4. So this is the best handling car in the M4 lineup. From everything we’ve heard, the BMW M4 CS is the sharpest M car other than the M2, which is refreshing to hear.

In this video, we see that it’s very flat through some corners and looks pretty sharp. The suspension also looks pretty composed, as there’s very little visual vibration through the cabin, thought they were driving on perfectly smooth German roads. It’s also quite loud, which is a good thing in an M car. BMW M cars are about compromising comfort for performance. So you want a bit of noise. 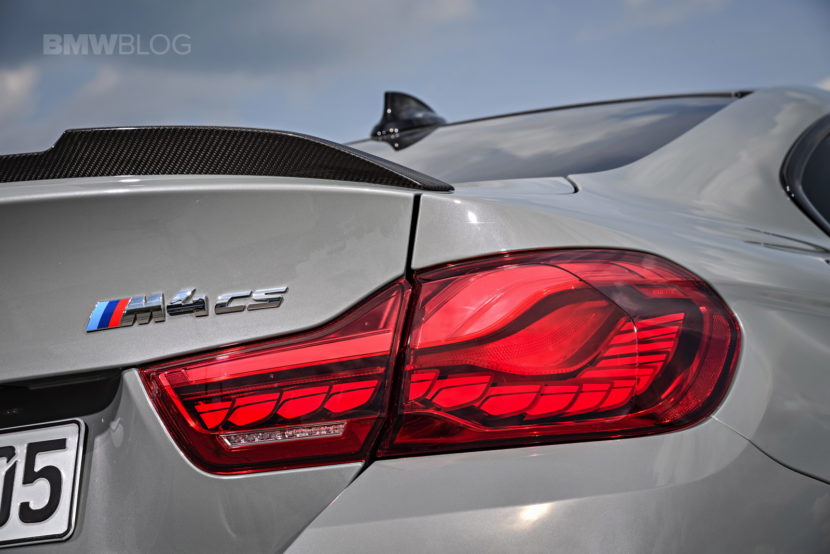 The video doesn’t get too in depth in its handling but it does give a good look at the exterior, interior and noise of the car. So check it out.