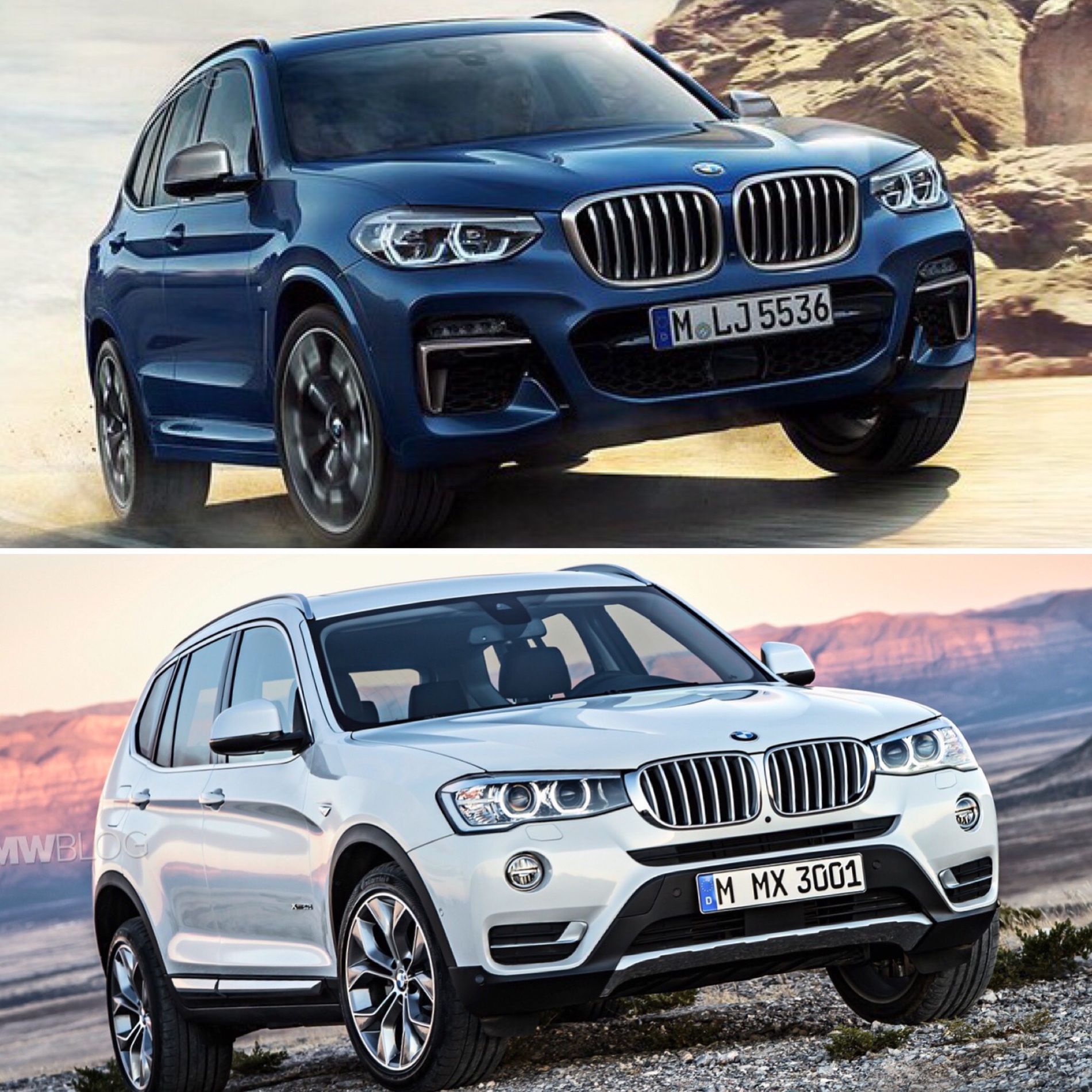 Okay, so we’re actually set to get the official reveal of the upcoming G01-generation BMW X3 quite soon. However, we’ve already seen quite a few leaked photos of the new X3, both inside and out. So we thought it would make sense to compare what we’ve seen of the new X3 with the old X3 and see how it’s changed. We don’t have any official info for the new X3 to share with you but we do have pictures, so all we can compare is the design.

Despite seeming really old, the current-generation F25 BMW X3 is actually right on track for its update. It debuted back in 2011 and seemed positively high-tech when it first hit the market. It was quite impressive then. But it’s crazy what six years can do, as the X3 currently feels like a dinosaur. So it was in desperate need of an update and it now has one. So has BMW improved the look of the X3? 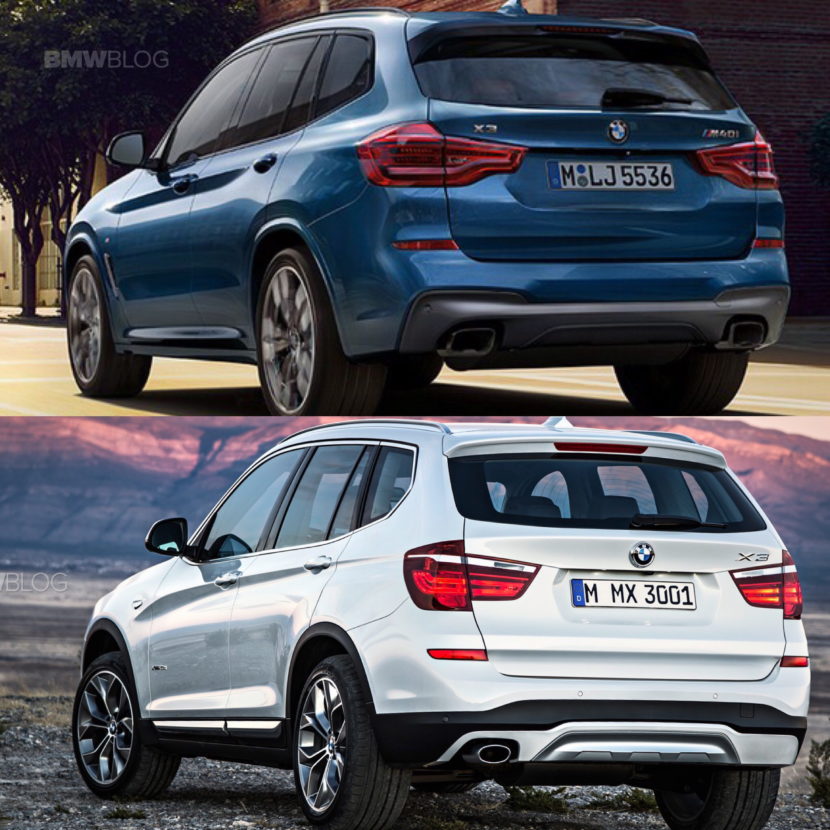 As a whole, I’d say yes. It definitely seems more upscale and more upmarket. In fact, there’s whiffs of X5 in its design and it certainly seems more premium than the car it replaces. From the outside, it looks chunkier and more muscular, with a more upright face and larger grilles making it more in-your-face. Like it or not, it’s much more in keeping with BMW’s new design language. 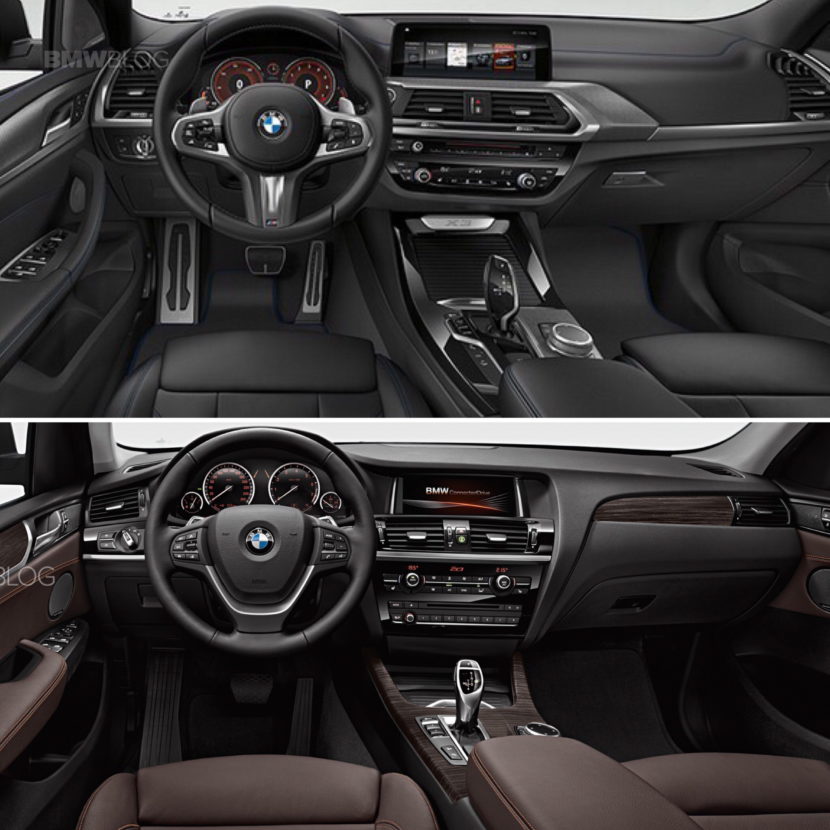 On the inside, the move upmarket is far more dramatic. BMW really upped the luxury-factor for the new X3 and has added quite a lot of interesting geometry. There are a ton of angles and curves in the new X3’s cabin, which can either look cool or busy, depending on your tastes. It also gets digital gauges and all of BMW’s latest technology. Oh, and it says “X3” right above that center cubby, in case you forget which car you’re driving…

BMW did say it wanted the new X3 to be more premium than the last and it’s done that here. It certainly looks more expensive and more luxurious. Whether X3 buyers will like that or not is yet to be seen. I think a lot of the BMW X3’s appeal was that it was sporty and sort of utilitarian, so we’ll see if the same clientele base likes this car as much as the old one. 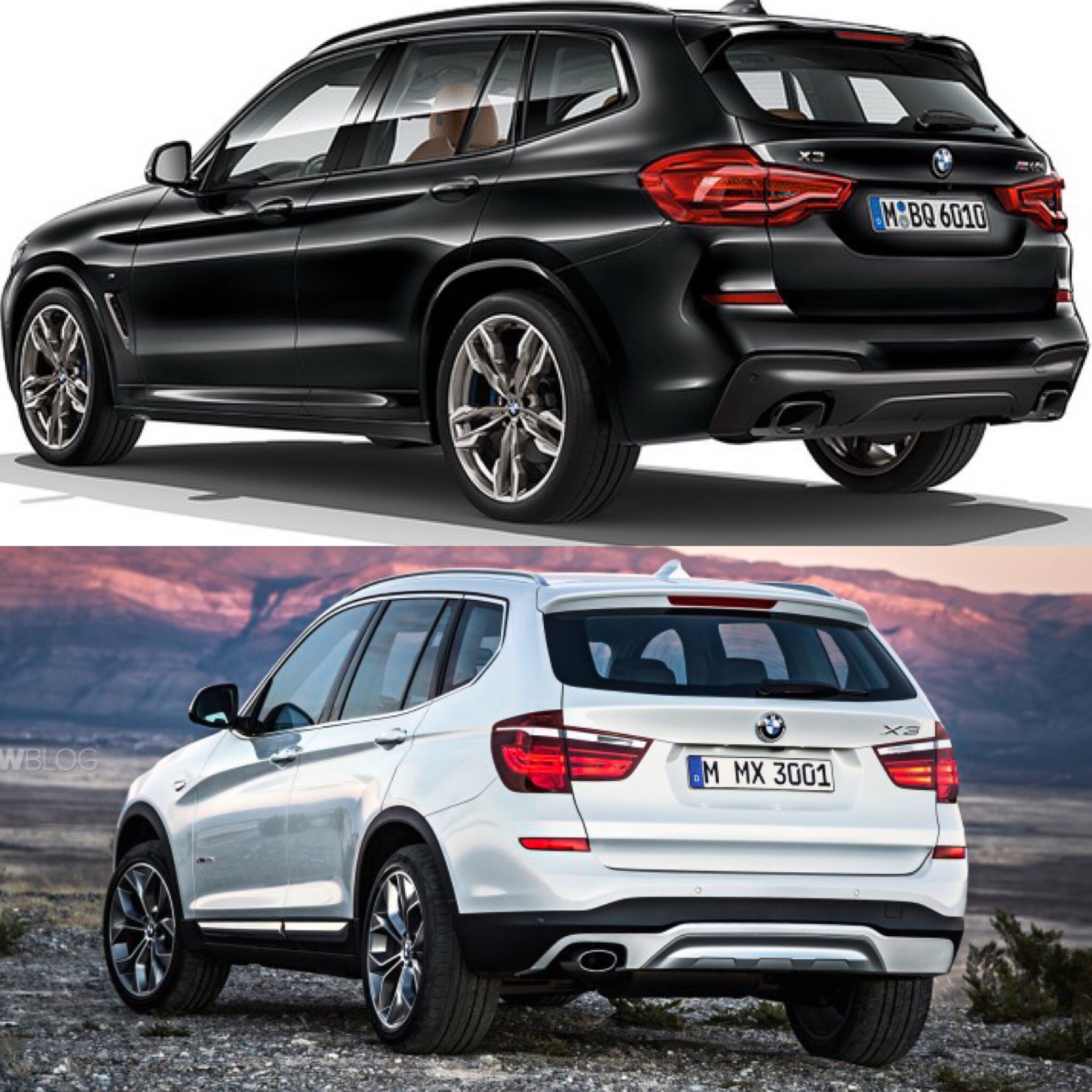 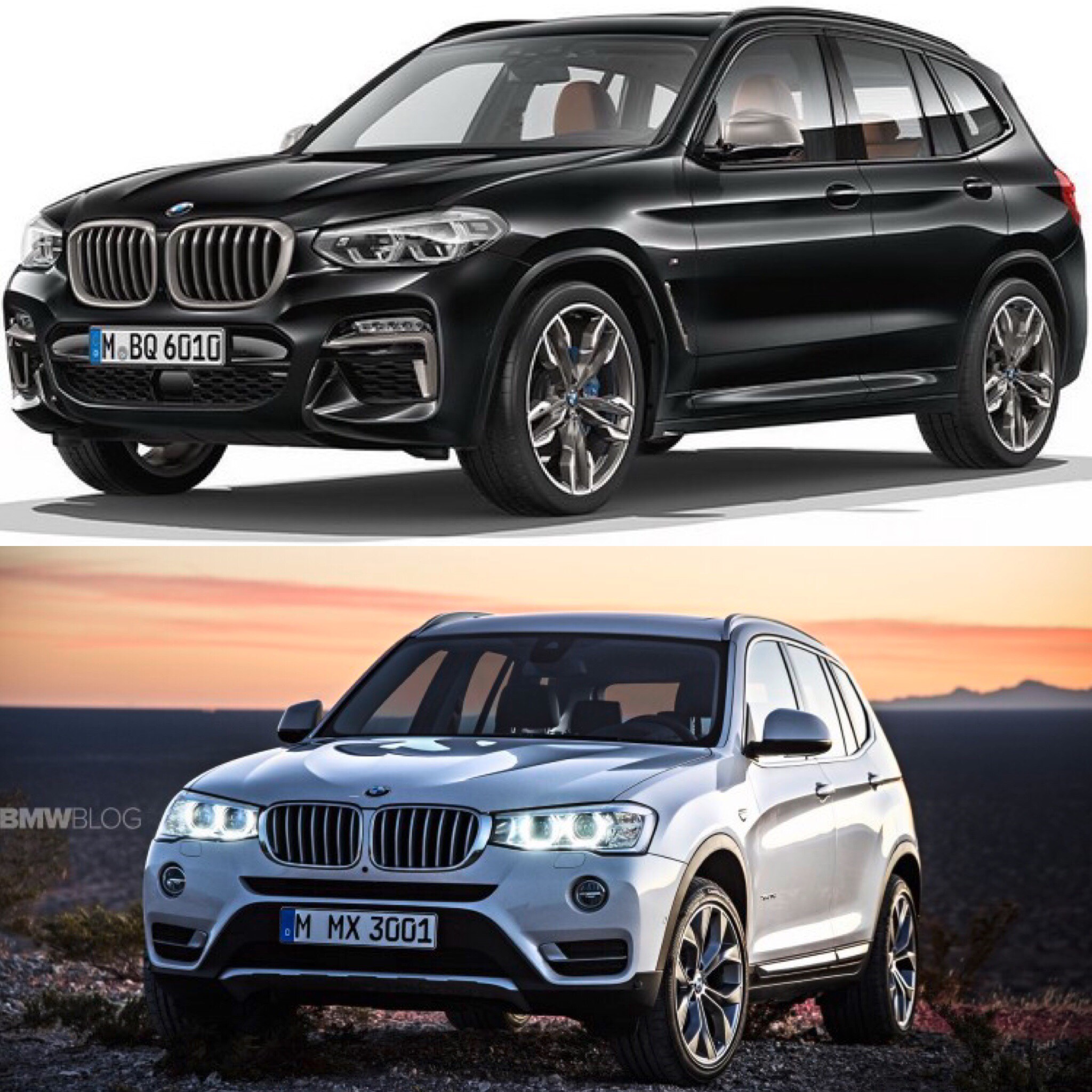 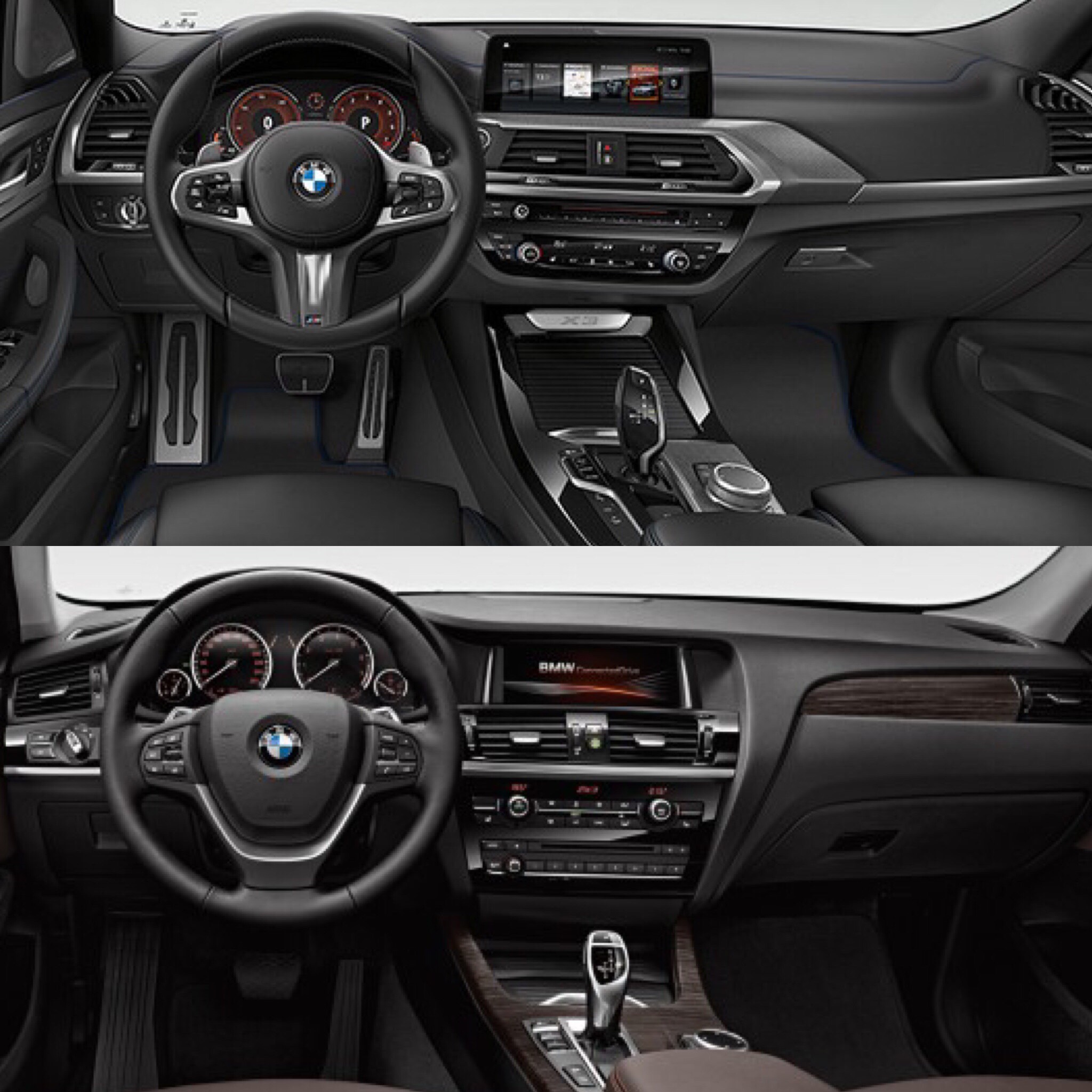