VIDEO: 2019 BMW X5 getting busy on the Nurburgring

Home » VIDEO: 2019 BMW X5 getting busy on the Nurburgring

Even though this current generation of BMW X5 doesn’t really seem old, as it’s still quite competitive and looks very good, it’s getting close to its replacement time. Admittedly, there are still a few years left, as it originally debuted as a 2013 model, but come 2019 and the X5 nameplate will be represented by a new model. That new model has been seen doing some testing on the Nurburgring in this new video.

There’s not much we can make out about this new X5, as it’s very heavily wrapped in camouflage. However, we can notice a few small details. For instance, its apparent the Kidney Grilles are now even more massive than they are on the current car. It seems as if BMW is just going to keep increasing their size with each new mode until there is no more front fascia, only Kidney Grille. Or until everything is all electric and grilles are no longer needed. We can also see the rectangular exhaust tips, which are common on most six-cylinder BMWs now, such as the new 5 Series and upcoming X3. 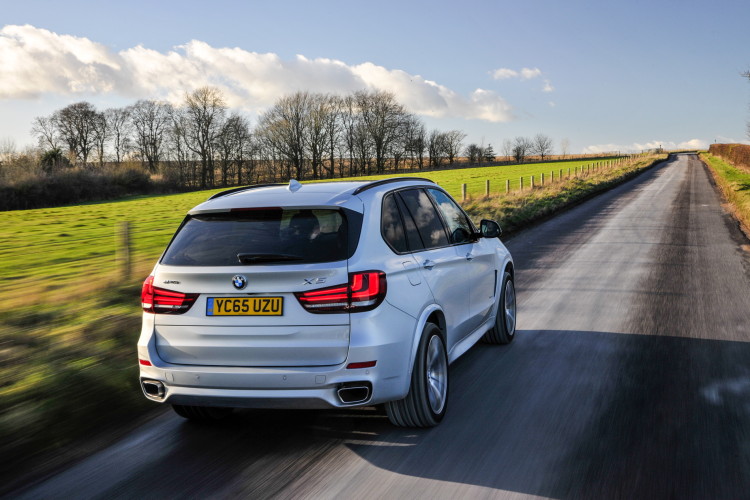 We also noticed that there’s quite a lot of body roll to this specific X5, so it’s likely just your standard run-of-the-mill car and not anything sportier. Although, there will be sporty variants available, such as the upcoming BMW X5 M and possibly even an X5 M50i. Those will go along with the typical suite of BMW diesel and petrol engines, as well as a plug-in hybrid, i Performance, variant.

To be honest, the current-gen BMW X5 was a pleasant surprise for me, personally. When I first drove it, after hearing quite a lot about it, I expected it to be a floaty, numb and smushy luxo-barge. However, it was surprisingly good to drive. It wasn’t what I’d call dynamic, but the turn-in was sharper than I had anticipated, body roll was kept in check and it felt rock-solid stable at any speed. It also had surprising agility for such a big car. All while maintaining superb comfort. The current BMW X5 really is a great everyday family SUV so we have high hopes for this fourth-gen car, which will be built on a better, lighter and stiffer chassis, while coming with better engines and technology.